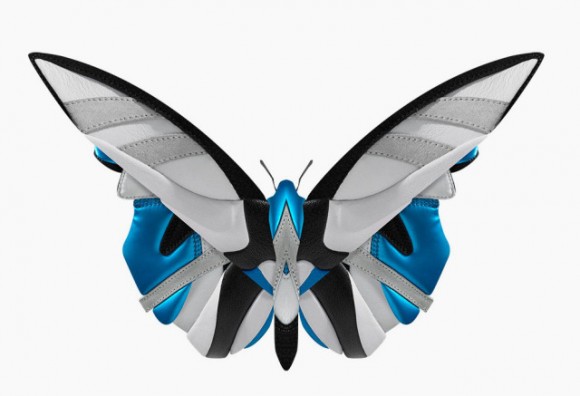 Everybody loves sneaker art, whether it be doodles of sneaker silhouettes or awesome sketches by bbsketch. But how about transforming sneakers into art? That is exactly what Phil Robson aka FILFURY has done.

FILFURY recently spoke to Quartz about his artistic process. He creates beautiful transformations by becoming inspired by the form of the shoe and repurposing some of his favorite objects. From his interview with Quartz:

I think about what the shoe reminds me of. I start with the question, “wouldn’t it be cool if…” I then look for reference pictures of the new object online. I take photographs of the shoe from several angles then jump into digitally painting the pieces together.

While most of his process occurs digitally, FILFURY is currently working on a set of sculptures “with no Macs involved.”

Inspired by Stan Lee, Naturel, classic Nineties action films, cartoons, comics, and American culture, Robson has collaborated with some of the largest brands in the game, Nike and Reebok. To get a better picture of how much he loves kicks, his two sons are named Cortez and Blazer.

Check out Phil Robson’s artwork and let me know what you think about some of the pieces in the comments below.