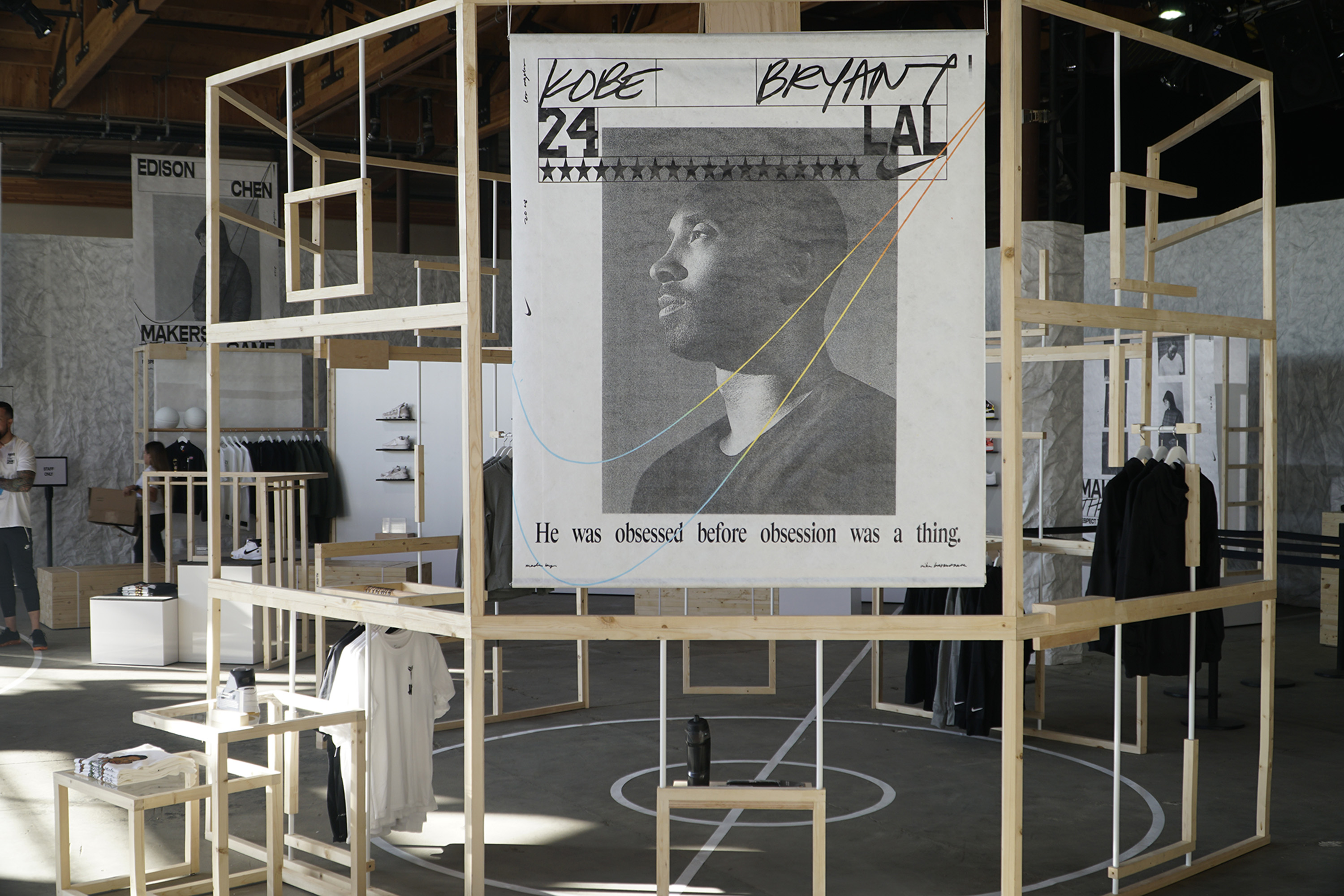 The dichotomy of characters in Los Angeles during All-Star Weekend was wide-ranging and seemingly never-ending.

It began innocently on Wednesday as I drove from OC to LA because boutique Undefeated had announced a street address on social media. In an obscure part of town far from any storefront or basketball court, hypebeasts and loyalists converged onto 15th street looking to obtain a golden ticket. In this case a white wristband, securing a spot in line for Friday to purchase the Nike Zoom Kobe 1 Protro ‘Camo’ and capsule set.

The streets were a mess; people parked their cars anywhere possible, and passengers were jumping out and running down the block. I simply didn’t have the time or patience and got back on the road.

The goal of the week was to participate and attend a handful of events, meet up with industry colleagues, and perhaps add some kicks to the collection. Not entirely sure what to expect, I kept an open mind and attempted to navigate the City of Angels with grace.

Under Armour: Gravity holds you down, HOVR lifts you up

The first brand activation (event) was at the plush W Hotel on Hollywood Blvd. UA gave a presentation on its newest footwear technology, HOVR cushioning. It highlighted two models: the HOVR Phantom for your daily run and the HOVR Sonic that is catered to long distance.

Later, the action shifted to the HOVR House where guests could try the new shoes and take 180-degree photos while a lively DJ kept the party rolling late into the night.

Nike: Makers of The Game

On Thursday, things began bright and early with a media preview. Makers H.Q. was the spot where most of the foot traffic converged for sneakerheads and ballers in the fashion district of LA. The space included an enormous studio to customize kicks curated by Hawaiian designer Aaron Kai, who was on hand. Silhouette options included AF1s, Air More Moneys, and Huaraches.

The hardwood court at Nike’s space took center stage for high school games and a Kendrick Lamar concert — plus, a conversation with Jalen Rose and the Black Mamba himself, Kobe Bryant.

Apparel was also offered from the Undefeated capsule alongside All-Star Game jerseys and NikeLab’s fashion line by Riccardo Tisci. Furthermore, team Swoosh provided a SNKRS Pass through its mobile app to reserve pairs of the new Cortez ‘Kenny II’.

Friday and Saturday found the German three stripes company gathering a ton of buzz. The warehouse and outdoor venue was in the fashion district and provided a feverish energy from the jump. Security didn’t quite know where media should go — the whole thing was a bit of a hot mess — so I checked out the different exhibits on display.

Instead of your typical queue to make purchases, attendees used electronic wristbands to enter raffles placed around the compound and winners received text messages with instructions.

Three distinct areas were created for fans including a performance Test Center, Production Line building section, and culture creation in the Engine Room.

The Brooklyn Creator Farm pop-up was available for select fans to create and customize their own sneakers using Boost and any materials at their disposal.

Damian Lillard debuted his Bape x Dame 4 collab, Alexander Wang had a wing to himself, a music studio was available to record tracks, and a plethora of activations to discover — there was too much going on to be honest.

I later found the media building and took the elevator to the top floor. A press conference was being held by hip-hop artists Snoop Dogg and 2 Chainz in anticipation of their celebrity basketball game. Team Snoop would go on to win Friday night.

Like Reebok, partnerships with recording artists have been a big part of adidas’ resurgence over the past few years and the two-day festival provided a soundtrack for the masses. Childish Gambino, Playboi Carti, N.E.R.D., and Kid Cudi all performed. Even the Yeezy, Kanye West, made an appearance with Cudi to stir up the frenzy.

Come Sunday everything felt like a blur. The 67th NBA All-Star game itself turned out to be a highly contested event compared to year’s past. Team LeBron defeated Team Stephen 149-146, but it’s hard to imagine that any brand left town with an L.