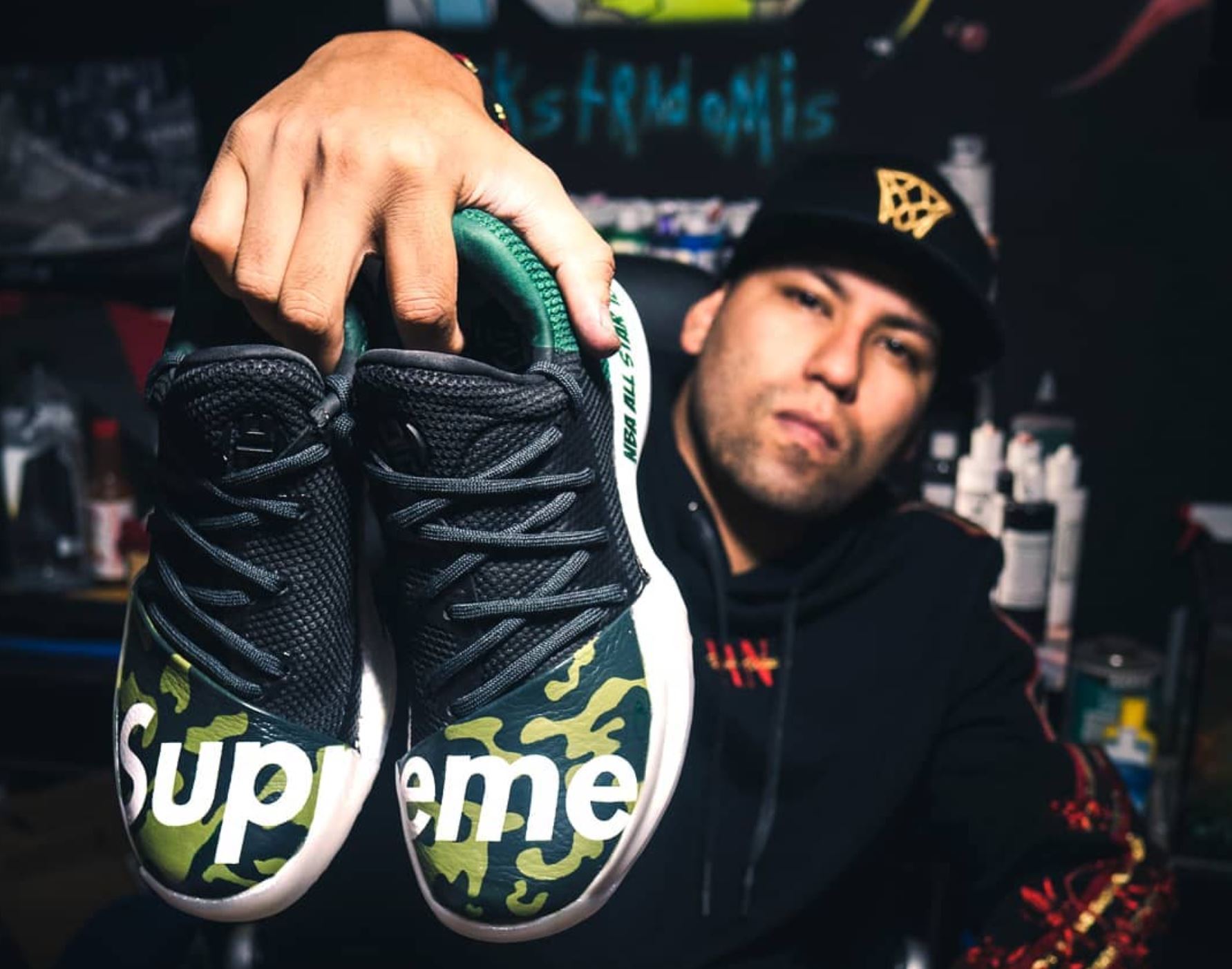 Salvador Amezcua, better known by his aka Kickstradomis, has customized shoes for NBA superstars like Damian Lillard, Karl-Anthony Towns, and James Harden. Now, his journey has become the subject of the first episode of Sneakers by VICE.

Fueled with imagination and drive, Kickstradomis has become one of the NBA’s go-to sneaker customizers — he did 50 custom sneakers just this past season! He’s also done sneakers for world-famous YouTubers, college athletes, and even some clients that can’t be revealed.

The short documentary about Kickstradomis takes viewers through the customization process as well as Amezcua’s journey. Now partially colorblind — and still recovering from a 2016 car accident that has left him with serious back injuries — Kickstradomis has had to struggle to get where he is today. After the accident, he had to resort to working in a warehouse to get back on his feet.

Now, Kickstradomis’ customs go viral often, and his creations will certainly be on the feet of NBA superstars during the 2018-19 NBA season. Check out the film below and share your thoughts in the comments below.