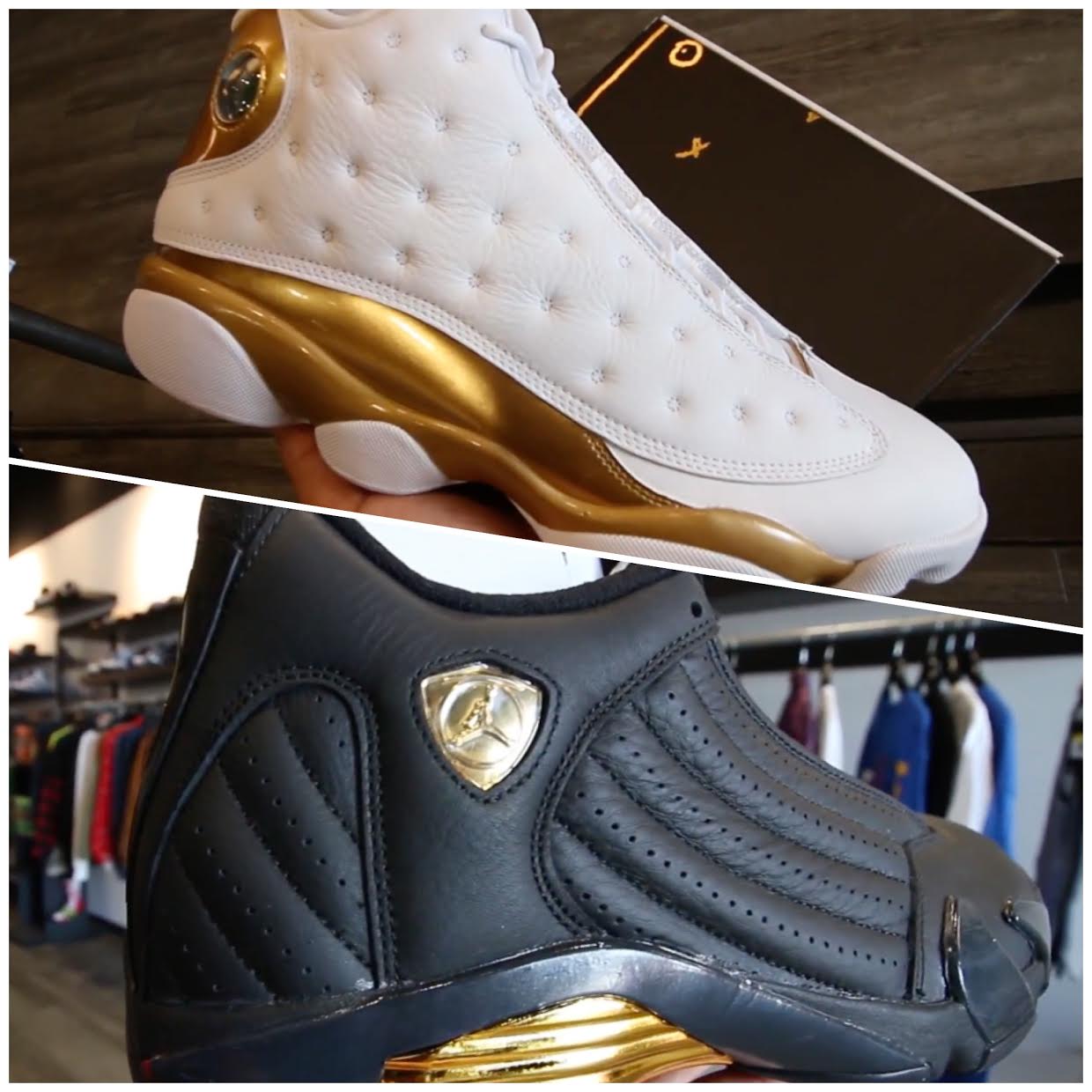 We’re approaching the 2017 NBA Finals, but Jordan Brand plans on celebrating the 1998 NBA Finals and MJ’s last shot as a Chicago Bull.

Our good friend MJO23DAN was able to get a good hands-on look at the upcoming DMP pack in order to fill people in on what to expect.

At a retail price of $500, the pack won’t be cheap. However, by the looks of things, the materials wont be either. Sporting a gorgeous white/gold Air Jordan 13 representing Games 1-3 alongside a murdered out Air Jordan 14 representing games 4-6. The events that took place during that series were so amazing that you’d have thought it was written prior to being played out.

While I’d love to have those 13s, the pack is just too rich for my blood. Plus my money ends up going toward kicks to wear-test and review so readers/viewers get the information they’re looking for when it comes to their performance basketball footwear.