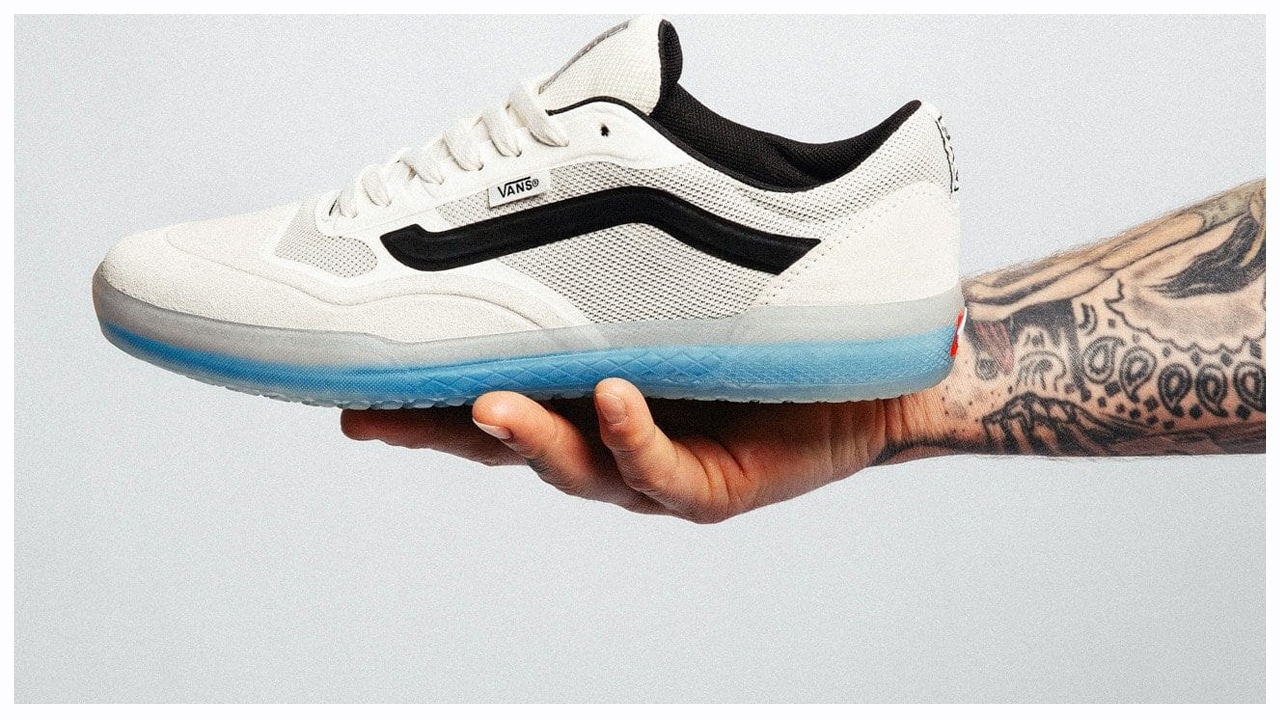 The wait is finally over. In honor of longtime Vans global team rider Anthony Van Engelen’s storied career and impact on skateboarding culture, Vans has a new sneaker design inspired by the skater himself.

“With the AVE Pro, my first cupsole in 15 years, we achieved a completely transformed upper with Vans Rapidweld technology and improved the grip and boardfeel in the sole overall,” Van Engelen said in a press release. In 2015, Thrasher Magazine named Van Engelen their Skater of the Year.

“This shoe for me was a natural progression toward making a durable, technical skate shoe. Not only does it deliver a lighter, longer lasting shoe for skating, but it’s an important step in innovation for Vans to pursue as the leader in skate shoes.”

“The AVE Pro is the most technically advanced skate shoe Vans has ever made,” according to the brand.

The pro model also features LuxLiner technology, integrating the tongue and internal lining for a snug and consistent fit, along with a molded heel counter for added structure and heel lockdown.

The best feature lies in Vans’ new UltimateWaffle outsole featuring an internal shank to keep flex in the forefoot, built-in impact cushioning with a full length Ultracush midsole, and strong grip to present a shoe that has a familiar Vans feel and flexibility.

Neal Shoemaker, Director of Footwear Design at Vans says “The AVE Pro is the culmination of upper features that have worked for Anthony on previous shoes with a new sole that shows off everything inside and keeps the flexibility intact with Vans durable waffle tread.”

Anthony’s distinct style is legendarily aggressive and hard-hitting, yet technical and progressive. It’s what makes him an icon, and a leading Vans Signature Pro.

Throughout his 14-year career with Vans, Anthony has continued to innovate and push the progression of both skateboarding and skate shoe design, introducing a number of progressive technologies with each new signature.

The AVE Pro is now available at Vans.com and skate shops worldwide.