Feels like it was yesterday that I reviewed the Curry 1 and now we’re on the Curry 6. Time sure does fly.

Since people can’t help but prefer to have things ranked, I’d still pick the Under Armour Curry 2 as the model with the best traction out of the main signature line. That’s followed by the Curry 4 and closely following would be the Curry 6.

Sporting a circular traction pattern on the lateral side offers superb multi-directional grip — dust or no dust. I love the use of spirals for traction and prefer it if herringbone isn’t in the plans. Along the medial side, we have a cross-hatched pattern that was inspired by the stucco on Curry’s house he grew up in in Charlotte. No, that’s not a joke; it’s definitely a reach when it comes to storytelling and it would have been best to have used herringbone in that section or continue the circular pattern all the way around. However, this cross-hatched section didn’t perform poorly, so looking at it strictly from a performance perspective — it wasn’t a disappointment. I just feel it would have been safer to have used what is known to work.

If dust is present, you’ll need to wipe due to the cross-hatched portion of the outsole. That’s the area that will collect dust quickly. Once you wipe the debris away, you’re back to your regular scheduled stop-on-a-dime coverage that most hoopers love.

Outdoors, the traction worked better than I thought. There was no slipping or sliding out, something I was actually expecting from the cross-hatched side. But, and there is always a but, I wouldn’t expect the traction to last a long period of time outdoors. It’s soft and shallow and it’s good for indoors, but not so much outdoors.

Full-length HOVR cushioning is used and it’s the entire midsole. Also, it’s a bit different from the HOVR Havoc, which housed the HOVR foam within an EVA carrier.

The HOVR has been tweaked so it’s a bit more subdued than the running version, which is super bouncy, yet the design team at UA was still able to keep the HOVR under control enough to where you don’t feel like you’ve stepped in Flubber. However, you still feel like you’ve got some cushion underfoot. On a personal level, having played in every Curry shoe made thus far, this is the best they’ve done at giving a little bit of something for everyone.

If you prefer the low profile feel of the Curry models of the past, then you won’t be disappointed with the Curry 6. However, if cushion has been the one thing stopping you from trying a Curry model then the Curry 6 will change that.

With the Curry 6 you get it all: Cushion. Court feel. Full length implementation. All for $130. Not bad.

Knit is used full-length, from heel to toe. There are some fuse overlays in the standard high-wear areas such as the toe along with the reinforced sections along the eyestay so the laces don’t rip through the knit.

Once broken-in, which is a very short break-in process by the way, then you’ll likely enjoy the build, especially if you’re already accustomed to knit basketball shoes. It’s not overly stretching (KD11) or overly stiff (Kobe 9) but it’s a good balance of strength where you need it and flex where you’d want it.

When I first tried on the Curry 6, they felt like they ran a tad bit short with some volume above the toe area. After wearing them for the past few weeks, they feel perfect and I’d recommend going true to size for most — wide footers will want to try them on just in case the shorter length bothers them.

The volume in the toe goes away after you break the toe section of the knit in. It’s got a little bit of additional material backing it in some sections which caused them to feel like the forefoot is moving away from your foot, but once you heat the materials up, they start to mold and move to your foot which is an awesome feeling. This is similar to the knit used in the Harden Vol. 3 and LeBron 16. Once the Curry 6 is broken-in, it’s as close to mimicking leather as you can get.

Lockdown is great once everything has broken-in as well. Your initial try-on will leave a bit to be desired, but you can’t rely on a try-on to determine how a shoe will feel once they’ve been properly worn on-court for a handful of hours. The lace area does a good job at keeping you locked down onto the footbed while the flat laces help alleviate potential lace pressure issues. I would have preferred a separate tongue, but as one-piece constructions go, this is one of the better ones.

Traction and support/stability are what Curry models are most known for and the Curry 6 is no exception.

The base of the shoe is fairly wide and flat for stability, while flex grooves are carved into the outsole to promote natural motion. You sit within the majority of the midsole while the lateral section has been extended to act as an outrigger. UA also implemented a TPU support plate which they call it a speed plate, that helps reinforce the HOVR and also acts as a full-length outrigger without restricting mobility — something spring plates are known for as they’re implemented directionally underfoot.

I liked playing in the Curry 1. I loved playing in the Curry 2. Curry 3 was meh. Curry 4 was amazing. Curry 5 was… painful. The Curry 6 is easily the best they’ve done and it has been a blast to play in. It’s always a good sign when I don’t want to stop wearing a shoe once testing is complete because I like playing in them so much — that’s what it’s like for me and the Curry 6. I love everything about them — although I’d have done something slightly different with the traction.

Is it the best Curry to date? Yes. It’s the most well-rounded of the bunch that will cater to more than just the player that wants court feel. It has something for everyone, which is what a good performance shoe will offer. While it may be made for the player they’re named after, you’re trying to sell the shoe to everyone but him (her). You can only do that successfully if you make a shoe “everyone” will want to play in rather than just focusing on one athlete.

Solid job by Under Armour. I can’t wait to grab a few more colorways once they’re available. 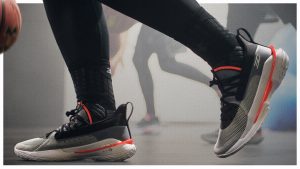 The Under Armour Curry 7 ‘UNDRTD’ is Available Now 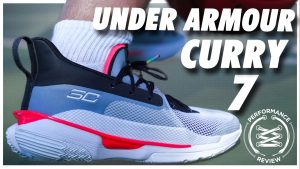 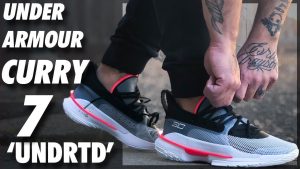 Under Armour Curry 7 | Everything You Need to Know 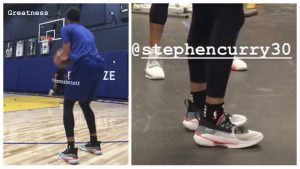 Was Stephen Curry Spotted Wearing the Under Armour Curry 7 ? 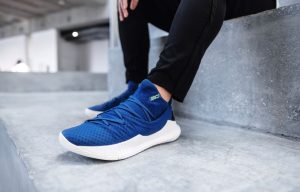 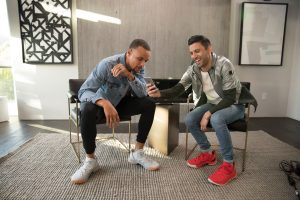 The Hoka Mafate Speed 4 is quite possibly the softest trail running shoe ever created. The midsole is

The adidas Son of Chi 2 is the best adidas basketball shoe of 2022 so far. Most players

Rundown: The Nike Metcon 8 is an upgrade from the previous model, though many of its cons remain