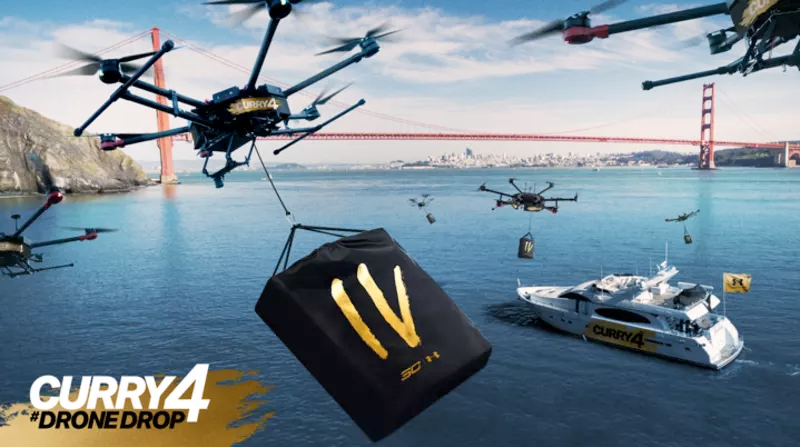 Thirty pairs of autographed UA Curry 4s were drone dropped around the Bay Area this past weekend, and it was pretty awesome.

On Saturday, December 16, loyal Stephen Curry fans located in the Bay Area were given a unique opportunity to participate in a scavenger hunt for free autographed editions of his latest signature shoe, the Curry 4.

There were specific drop zones ready for fans in San Francisco and Oakland, CA. Fans headed over to UA Basketball‘s IG page where they could then download an interactive map that listed the drop zones. If you reached the drop zone in time and had the special QR code then you were one of the lucky 30 to receive your pair via drone drop.

It was a great event for fans and residents in the Bay Area. Cool activations like this happen semi-often in larger cities like Los Angeles and New York, but the Bay Area has been overlooked for years. Now that the Golden State Warriors are a winning team with signature athletes on their roster, it was nice to see a little bit of love shown this way.

Let us know what you think of the event in the comments and if you were one of the lucky 30 we at WearTesters congratulate you!