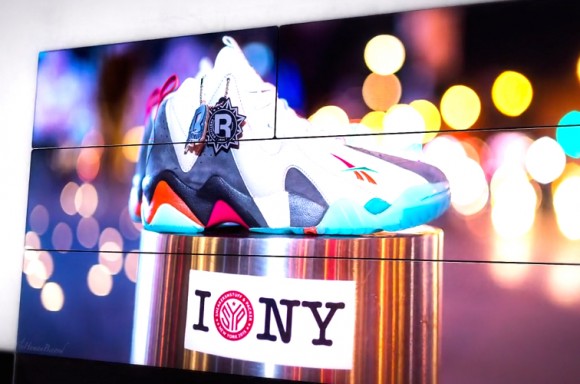 To sum up the collaborative project between Sneakersnstuff, Packer Shoes, Reebok Classics, and Mitchell & Ness, there will be seven Reebok silhouettes dropping including three Kamikaze IIs, a Shaq Attaq, an Instapump Fury, and two Question Mids. Additionally, there will be a slew of Mitchell & Ness dual branded gear dropping come All-Star Weekend 2015. What was great about the TOKEN38 Look Book was the shoes were actually being used for their intended purpose: basketball!

At the end of 2014 I thought Reebok would have a bad 2015. With the TOKEN38 project, I no longer think that will be the case. This collaborative effort between three of the most popular brands right now (SNS, Packer Shoes, and Mitchell & Ness) could get many people back into Reebok.

Share your thoughts on the TOKEN38 project, the return of the Reebok Kamikaze II ‘Remember the Alamo’, and the Look Book below. Are you as excited as I am for All-Star Weekend 2015?