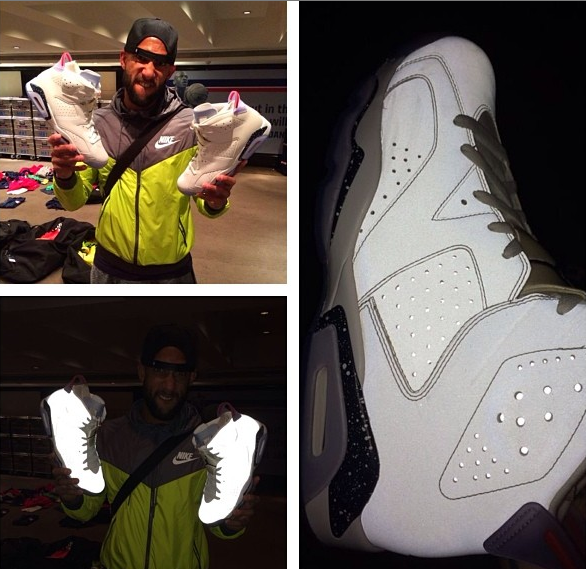 USMNT Goalkeeper Tim Howard gives us a look at one of the shoes in his collection. This Air Jordan 6 Retro is one of only 30 and was never released to the public. Howard celebrates the 23rd anniversary of Jordan’s 1st NBA Championship, during which he wore the Air Jordan 6. The 3M upper definitely makes these shoes eye catching. What do you think of Tim Howard’s Jordans?