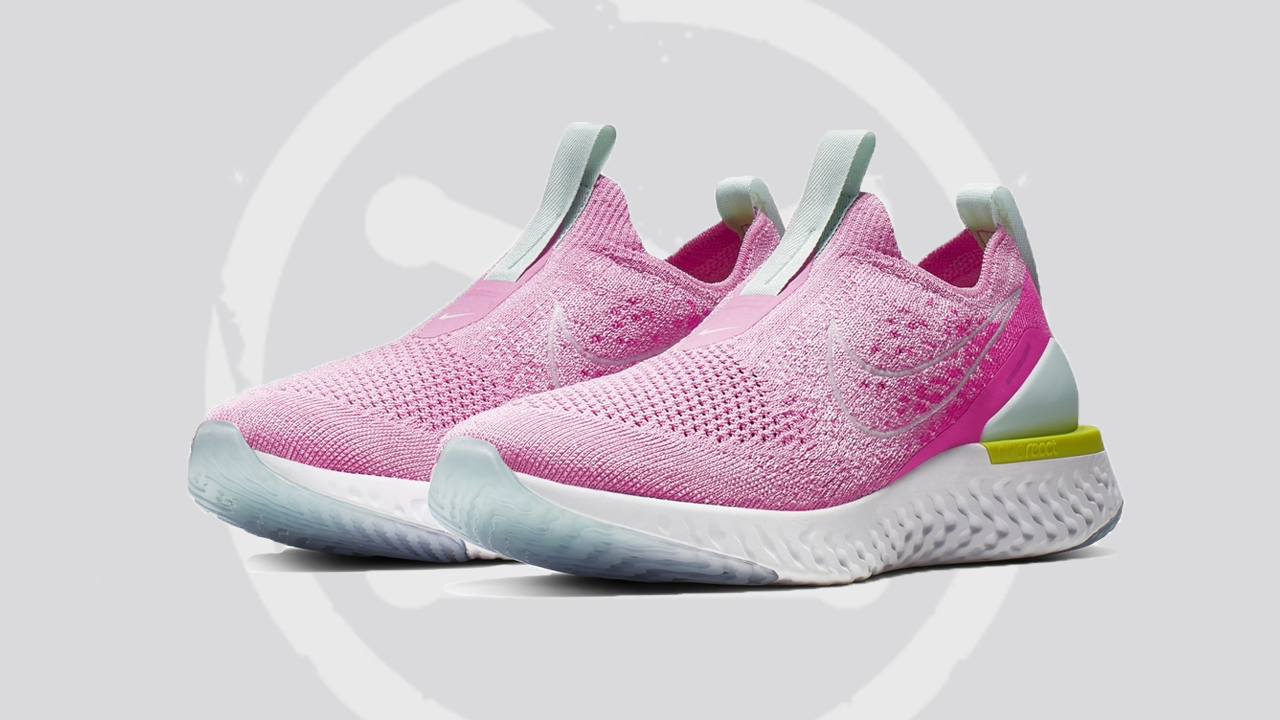 Some laceless Nike Epic Phantom React Flyknit goodness for that special someone in your life.

A few weeks ago, WearTesters reported on a new laceless iteration of the Nike Epic React. Dubbed the Epic Phantom React Flyknit, the laces were completely removed and instead, the upper was comprised entirely of Flyknit, as the name would suggest.

That said, this new colorway is no different except for the fact that the Flyknit upper is done up in pink with only a white outline for the Nike Swoosh. The pull tabs on the tongue and heel are done up in white to go along with the React midsole for a perfect contrasting look.

Lastly, there is React cushioning underfoot so comfort will be guaranteed, regardless of where these are taken.

The Nike Epic Phantom React Flyknit ‘Pink/White/Laser Fuchsia/Teal’ in women’s sizing will release on May 2 though no price has been announced. They will be available at retailers such as Finish Line on release date.

What are your thoughts on the Nike Epic Phantom React Flyknit in this colorway? Will you grab a pair on release date or are you still skeptical about laceless sneakers? Tell us what you think in the comment section below. 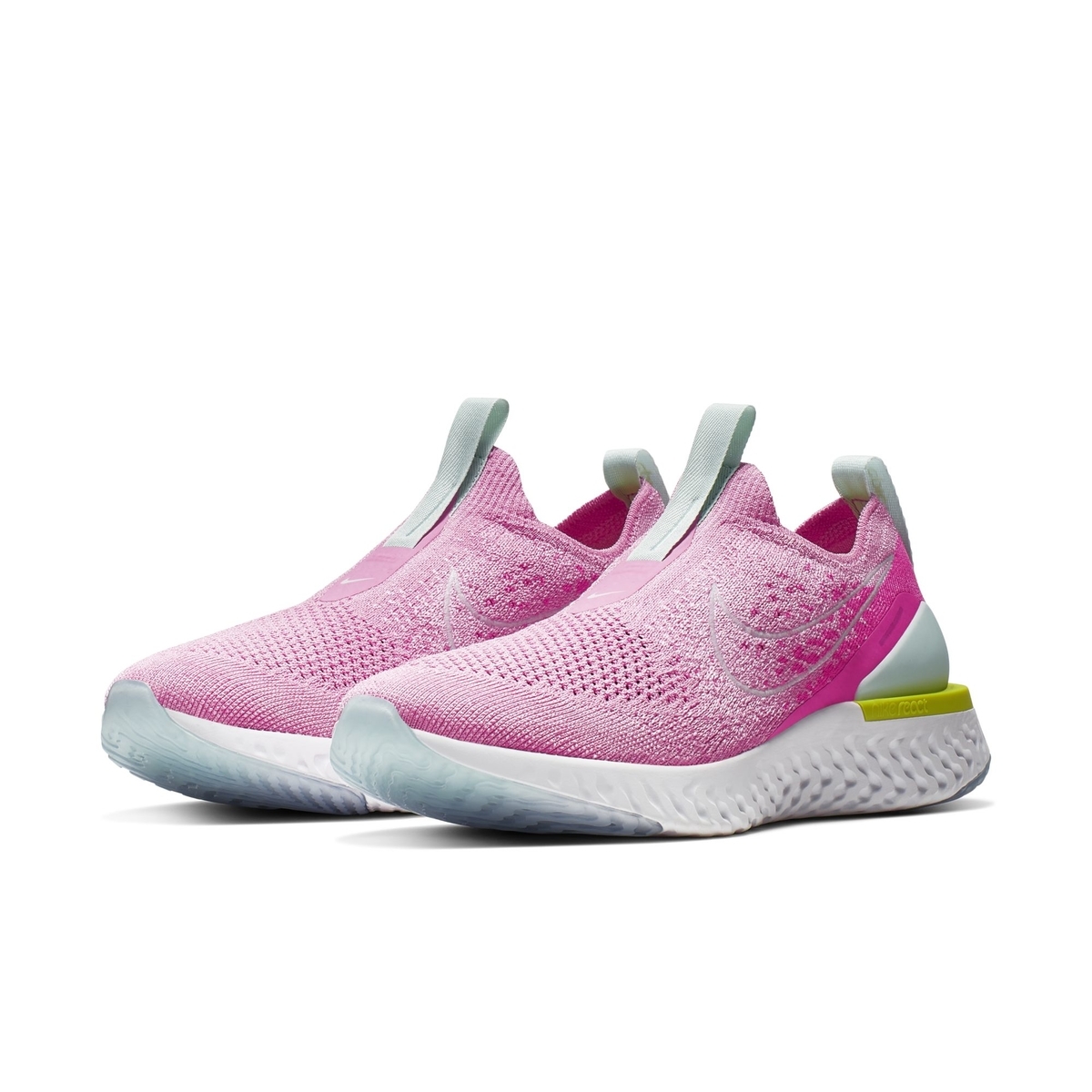 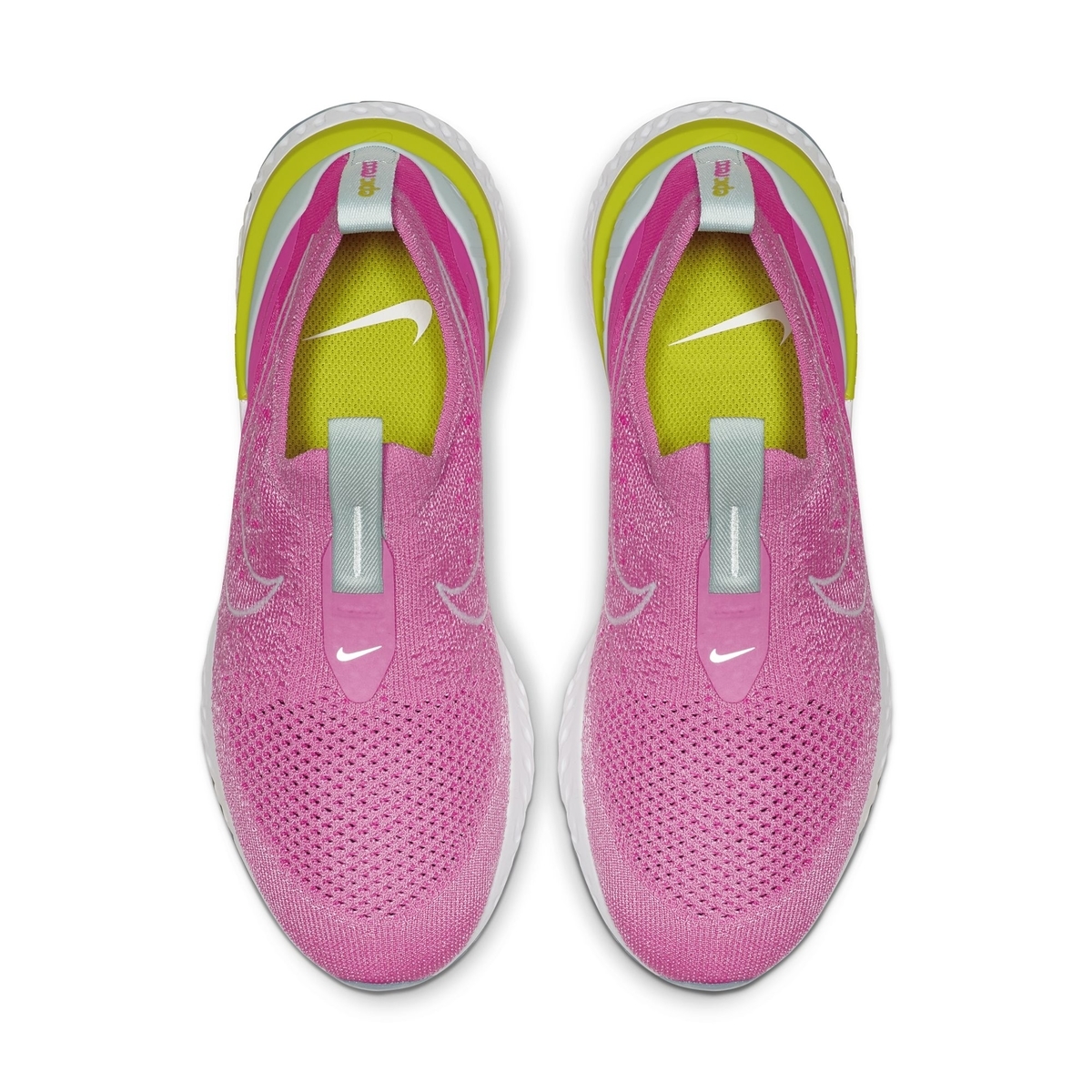 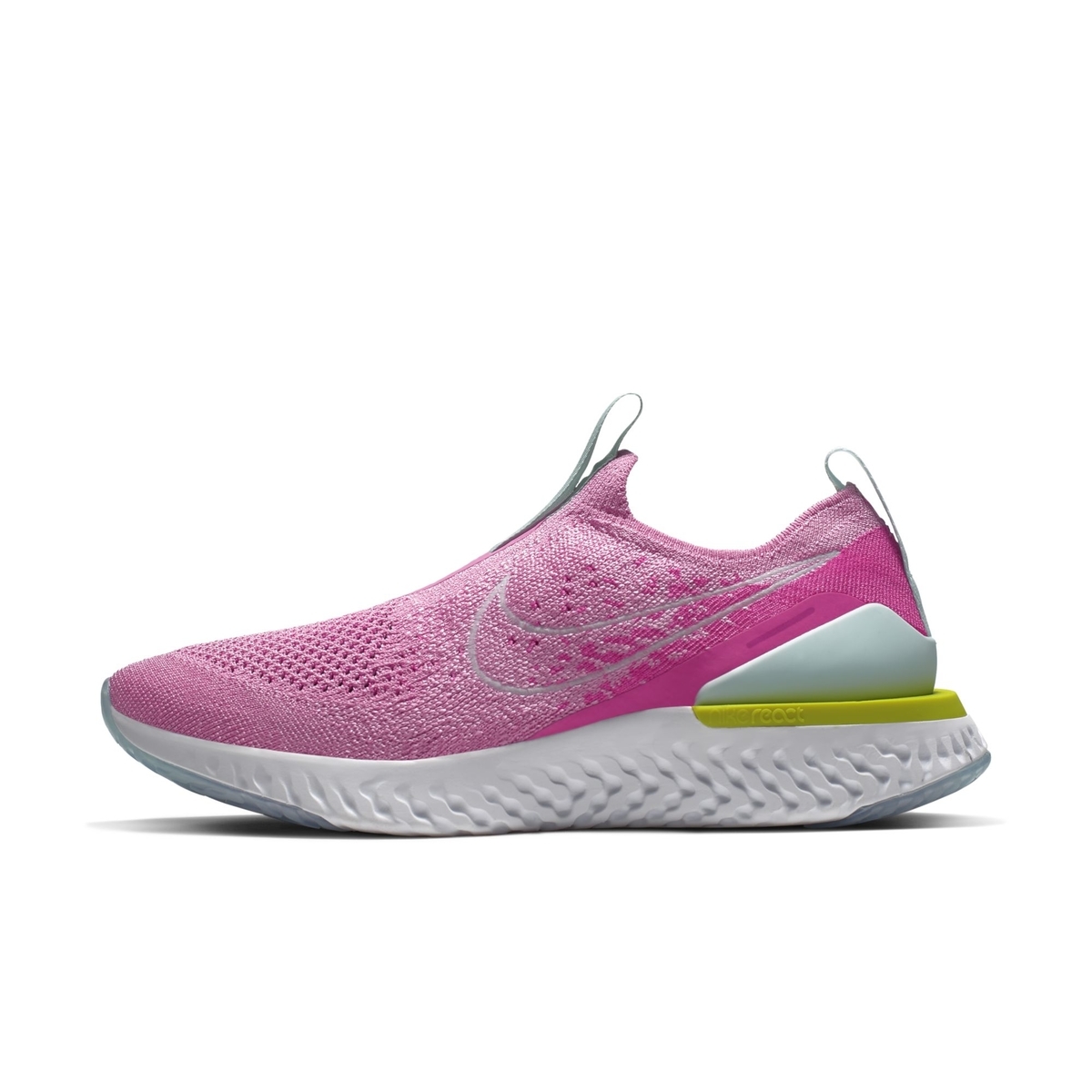 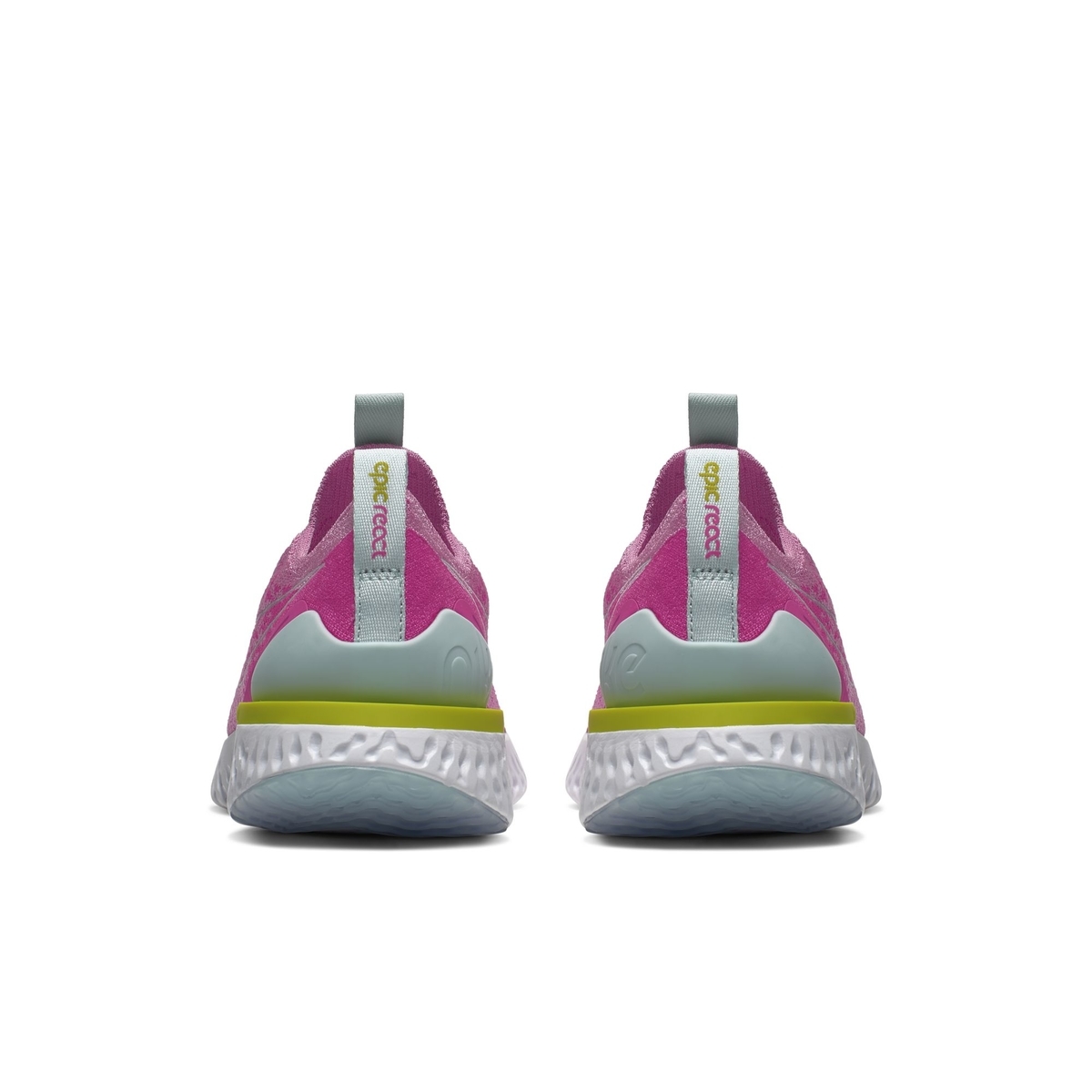