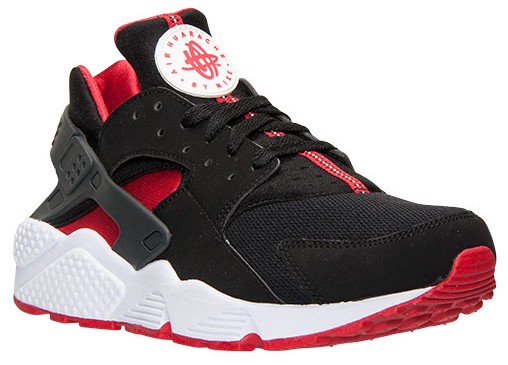 While past versions played on loud colors, this Nike Air Huarache goes a little more traditional with a ‘Bred’ (black and red) colorway.

Besides the Love/Hate pack, this is one of the few black and red renditions of the Nike Air Huarache, a colorway that was evident in the 90s with the rise of Michael Jordan. While this colorway has no official ties to MJ, the resemblance to the ‘Bred’ Jordan 11 is uncanny. This shoe doesn’t boast a shiny patent leather like that shoe did but the red outsole, white midsole, and mostly black upper is definitely reminiscent of that 11.

Designed by Tinker Hatfield, the Air Huarache originally released in 1991 with lackluster business sales to shops when the shoe launched. The shoe has since re-released in multiple colorways, many of which have sold out (particularly in Europe). You can see the full backstory of the Air Huarache model at this article.

Click HERE to purchase the Nike Air Huarache ‘Bred’ for $100 at Finish Line.

Update: this colorway is now also available at Nikestore HERE. 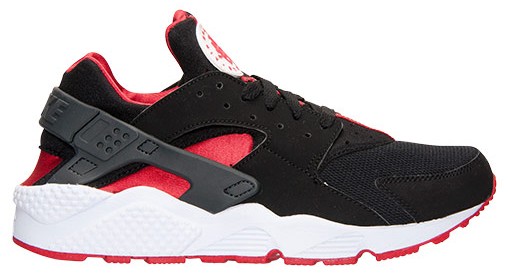 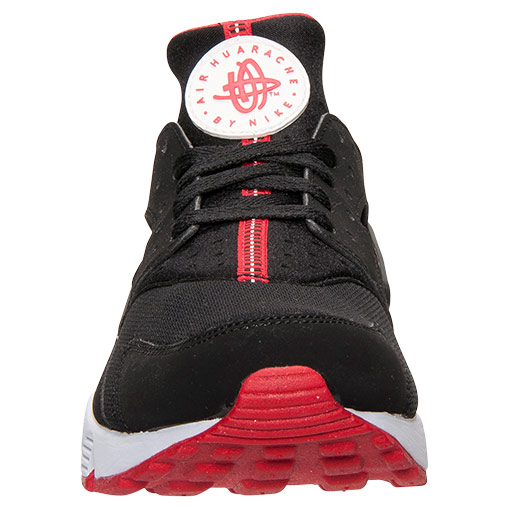