The annual collaboration between Nike and the Doernbecher Children’s Hospital has been revealed, featuring the Jordan 13, LeBron 13, Janoski, Free 5.0, as well as the Air Max 90 and 95. This is the 12th straight year the swoosh has collaborated with DB, with all the proceeds of the sales for the shoes going to the hospital. 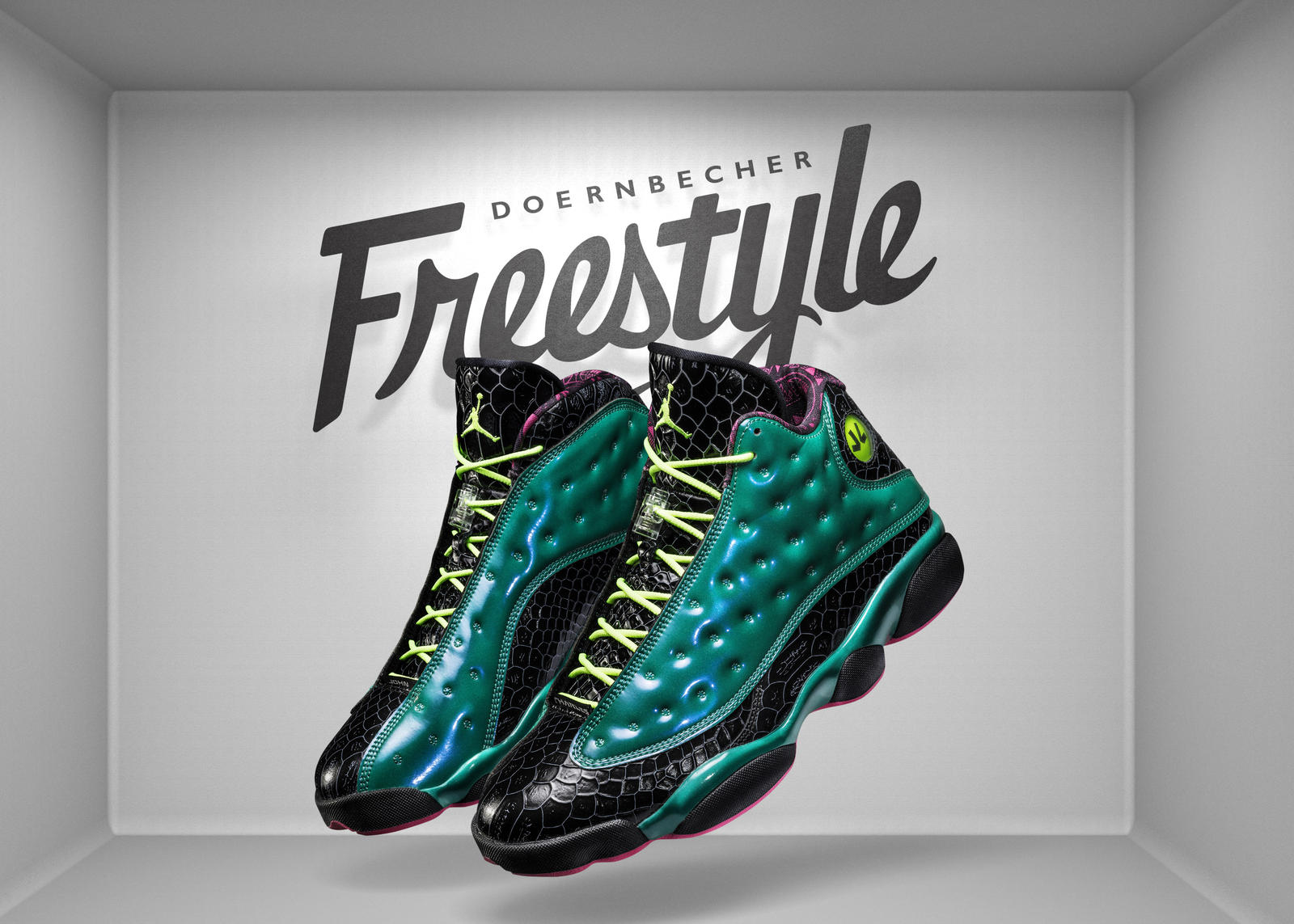 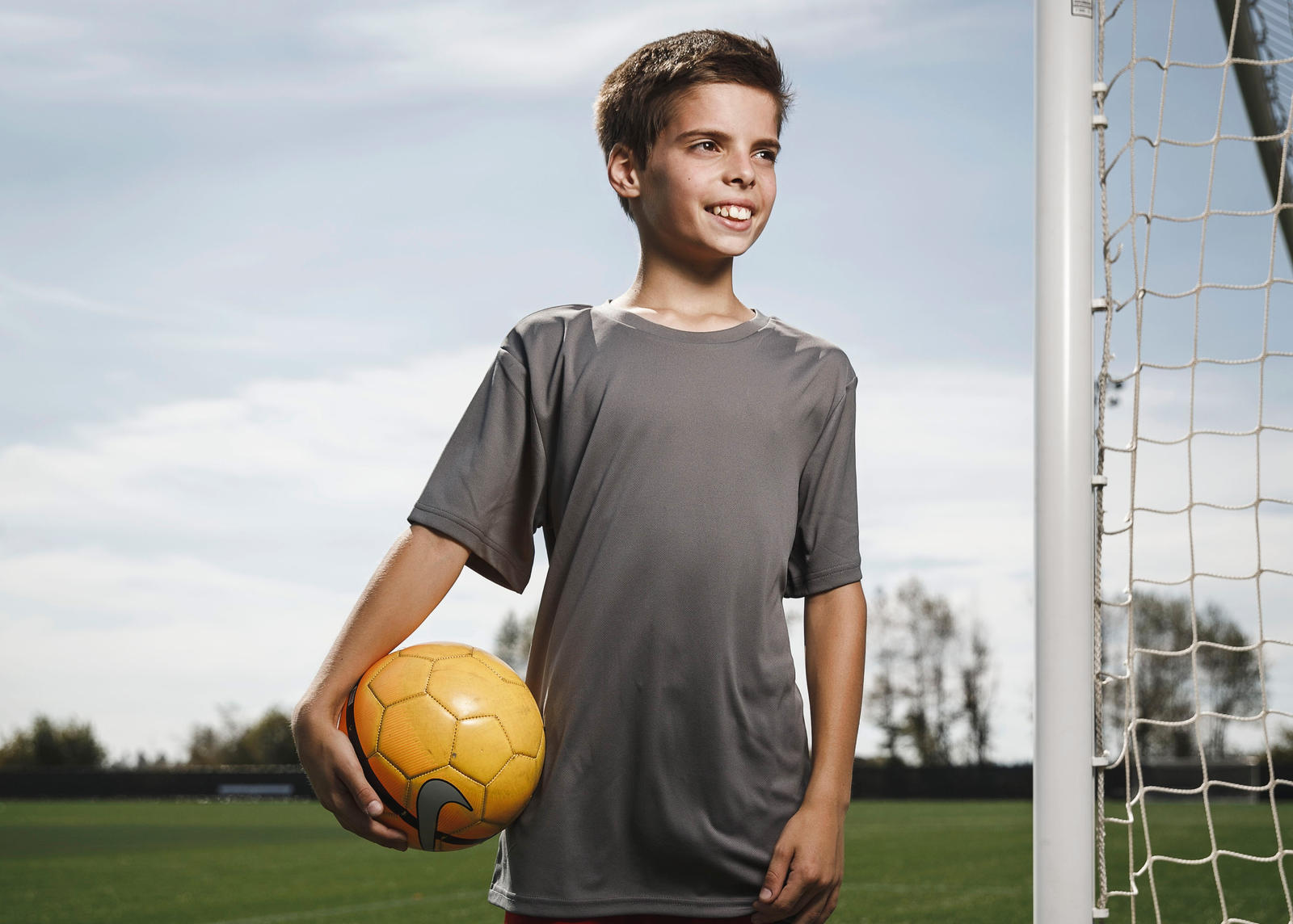 11-year old John designed the yearly retro model in the Jordan 13 featuring his soccer jersey number, a cartoon raised eyebrow (one of his quirks,) and the 7 pills he has to take daily to treat his Crohn’s disease (which causes pain in his digestive system.) Further in the sock liner, you can see his twin brother Jonah, his German shepherd, and the place he most wants to travel to; the pyramids of Egypt. His favorite foods are also subtly added on the lace tips, which mention JO-JOs and CHICKEN.

John’s strength is epitomized by the Crohn’s being placed on the bottoms of the shoe, allowing him to stomp out the disease with each step.

The Jordan 13 will be accompanied by a hoodie and match hat the his initials, JC, matching those seen inside the hologram in the heel of the shoes. 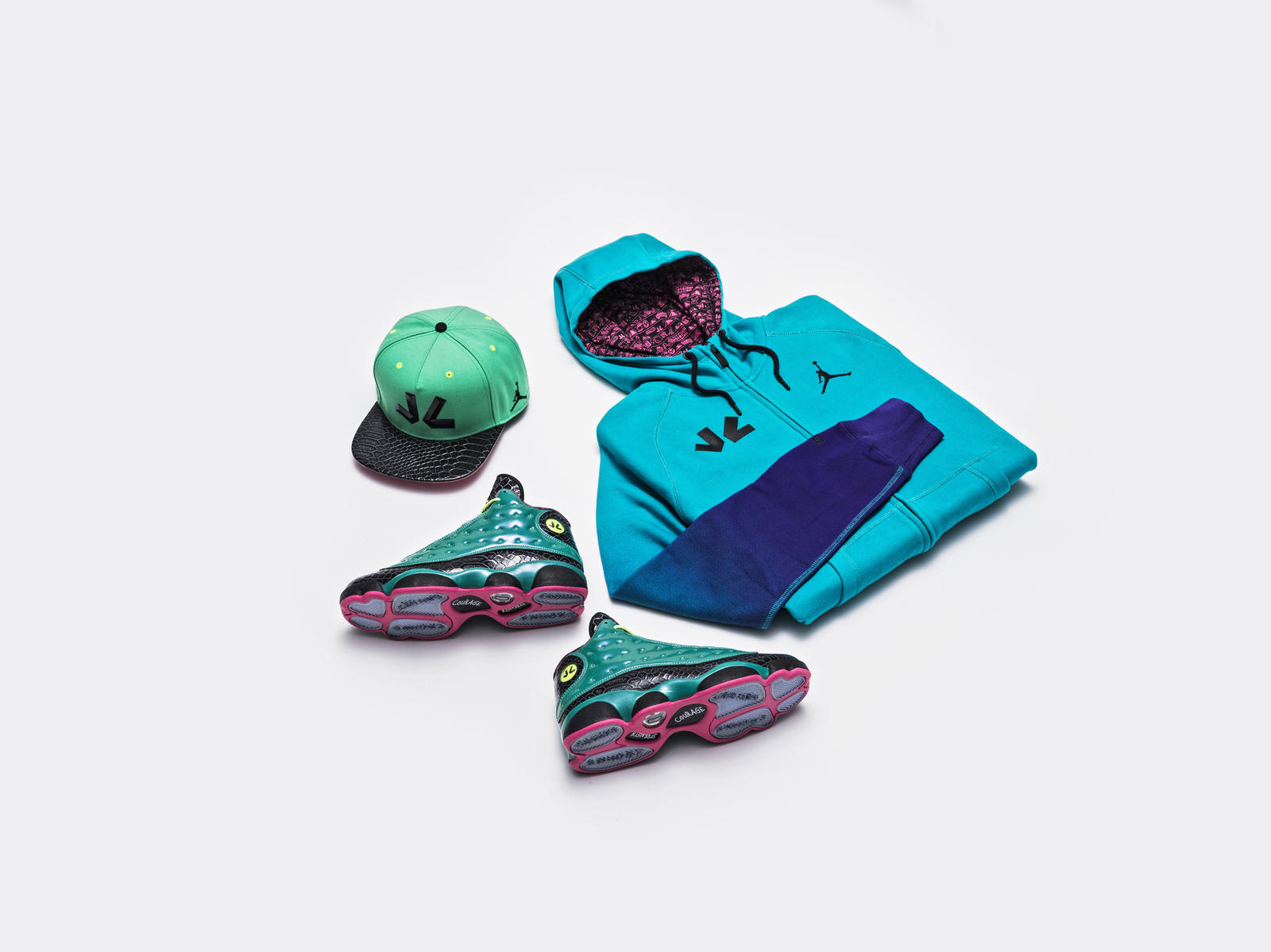 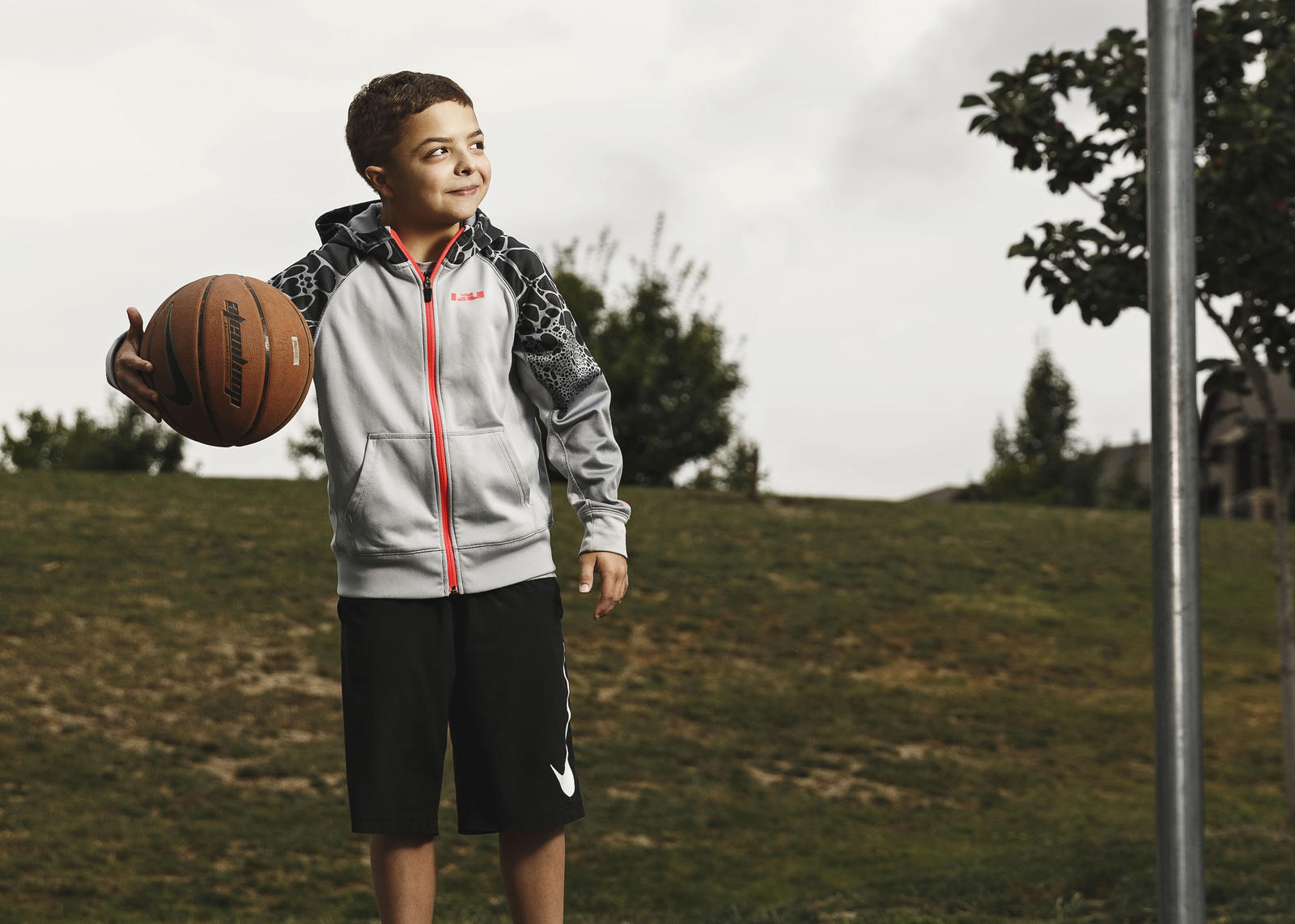 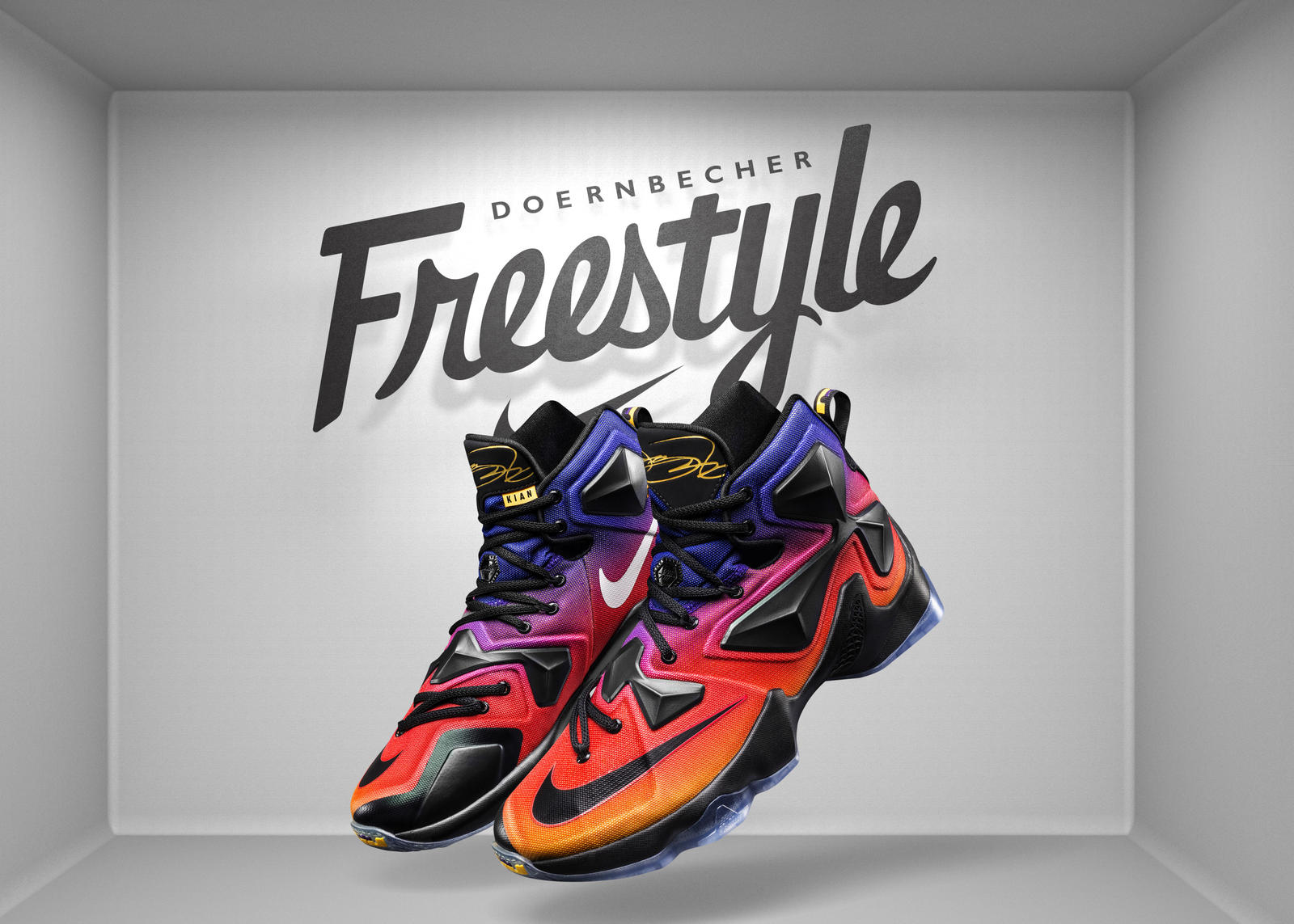 A welcome surprise to the Doernbecher models, the Nike LeBron 13 was added to the 2015 Freestyle collection due to 11-year old Kian’s love of the Cleveland Cavaliers. Throughout Kian’s three surgeries at Doernbecher to treat a staph infection that entered his heart, the young man looked at LeBron James as a symbol for courage. Since LeBron has the metaphorical heart of a lion, Kian decided to design the colors based off of the sunrise of the savanna, where lions live. A family crest was designed and implemented in the insole that signifies faith, family and his love of basketball.

Also featured is the phrase “FOREVER GRATEFUL” which is Kian’s family motto showcasing the gratitude to Doernbecher for saving Kian’s life.

The LeBron 13 will also release alongside a t-shirt with the aforementioned crest, and a matching hat with a lion’s head on the front. 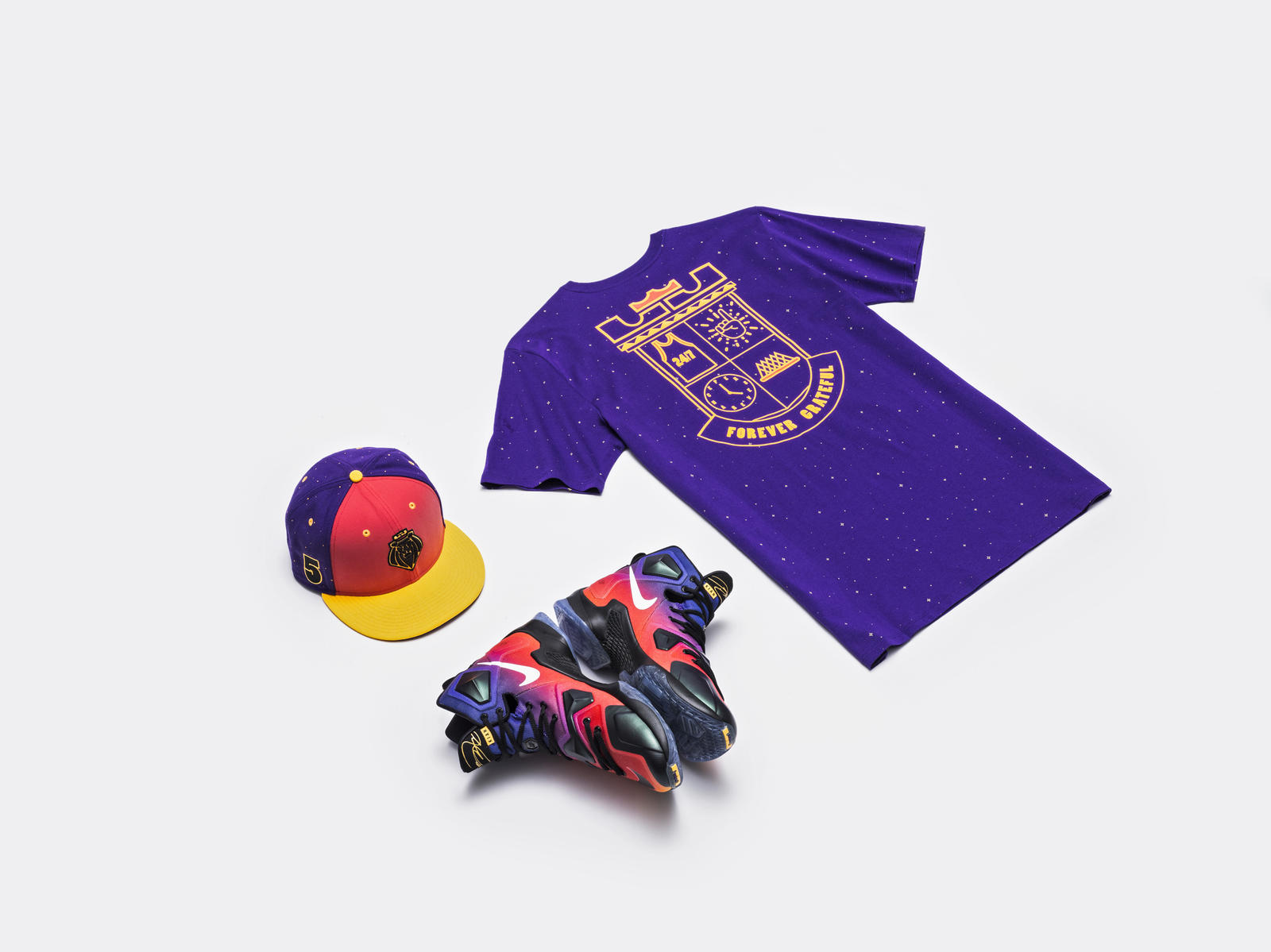 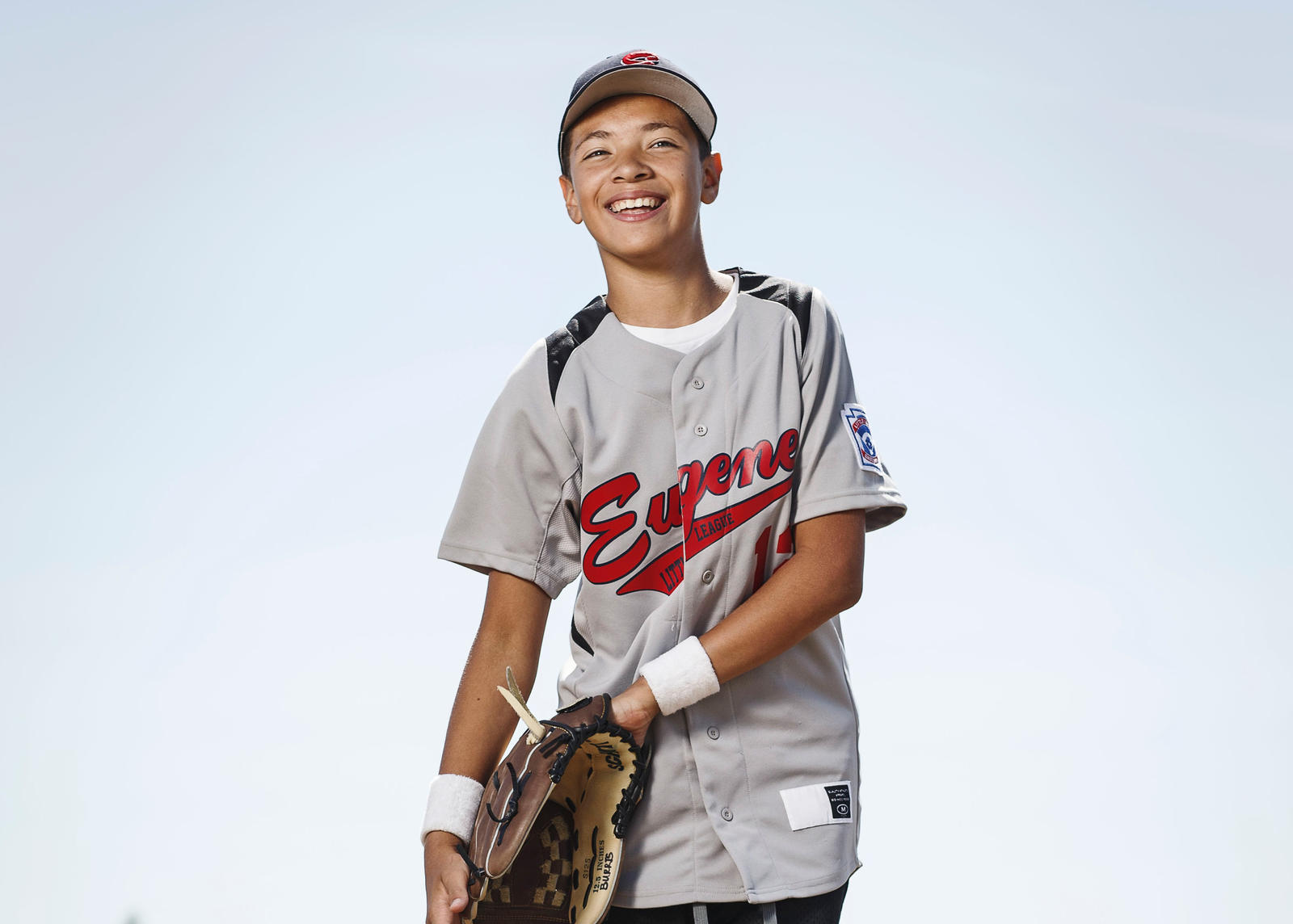 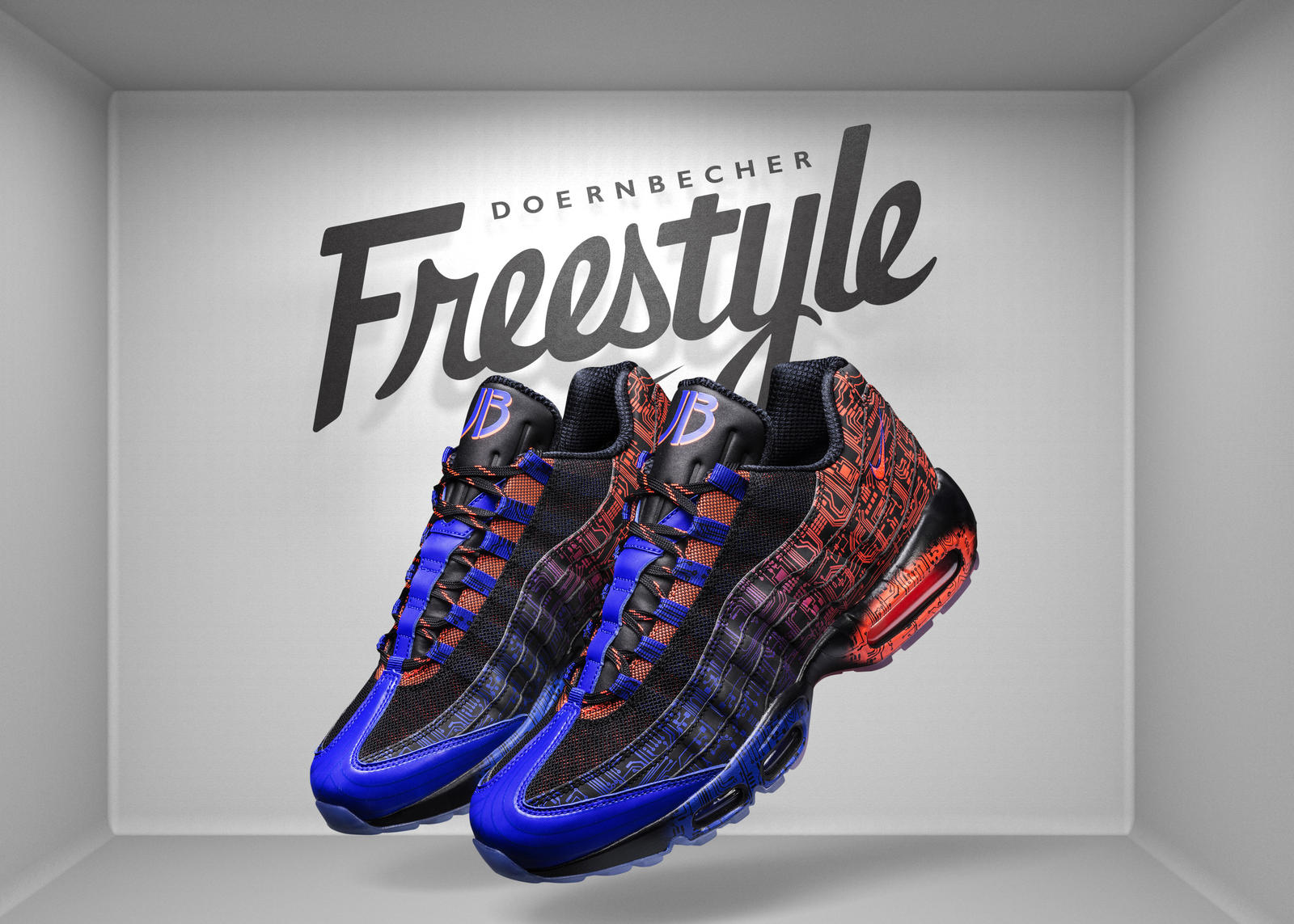 Jacob is often called “bionic boy” by his family for the tube inserted in his heart to help regulate blood from the rare disease known as coarctation. The Air Max 95 is essentially a public service announcement, with the phrase “check your BP (blood pressure)” on the tongue alongside a heart shaped fingerprint. The graphic on the upper is made to resemble a circuit board to match his bionic moniker, while the red and blue motif is an homage to his favorite superhero, Spiderman. Stan Lee even lent his signature to the shoe as a sign of support.

To show that his heart condition doesn’t dictate his life, Jacob’s motto appears on the insole: “I WALK TO MY OWN BEAT.”

The Air Max 95 will release alongside a red hoodie and snapback with his initials on them. 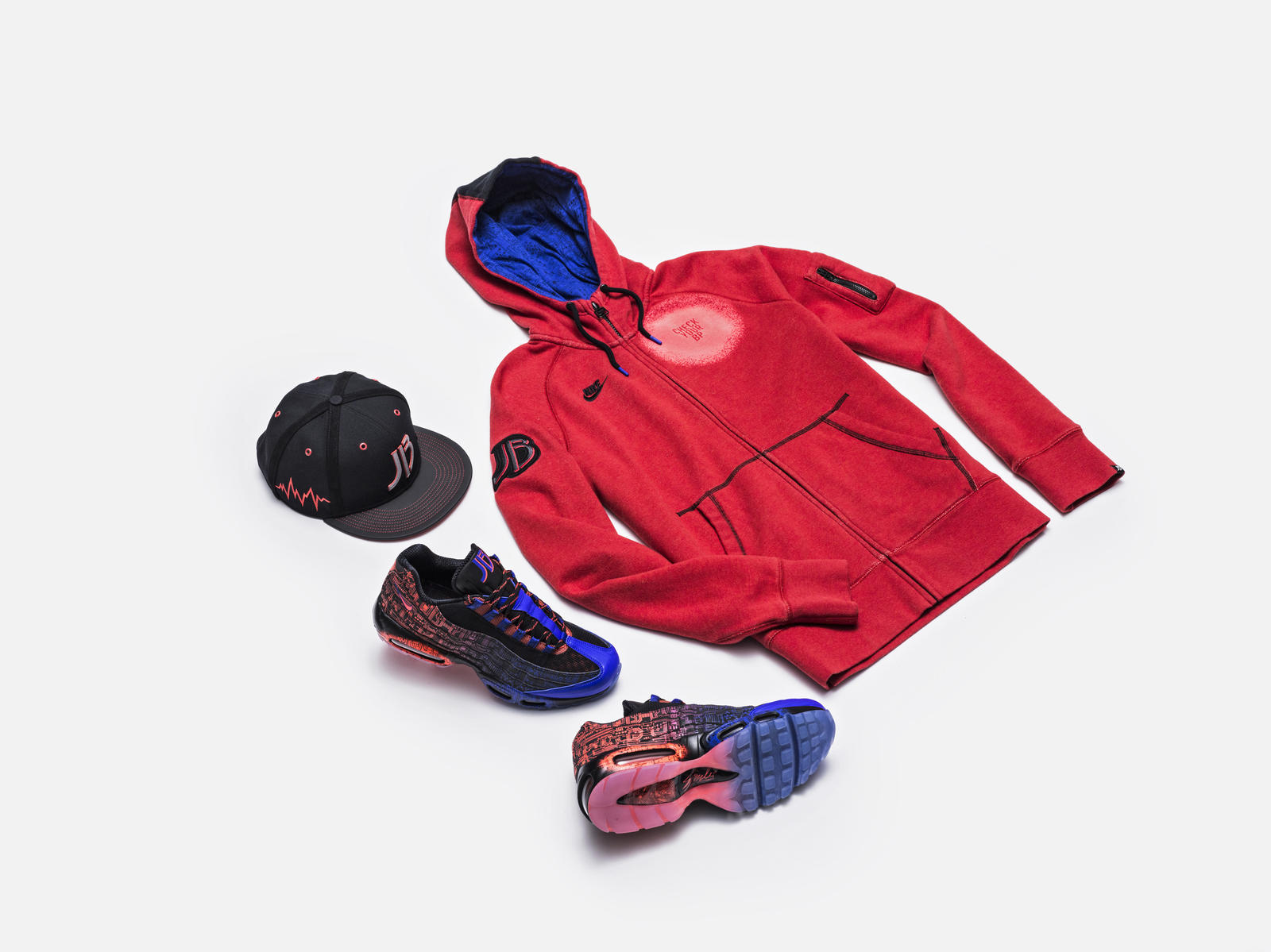 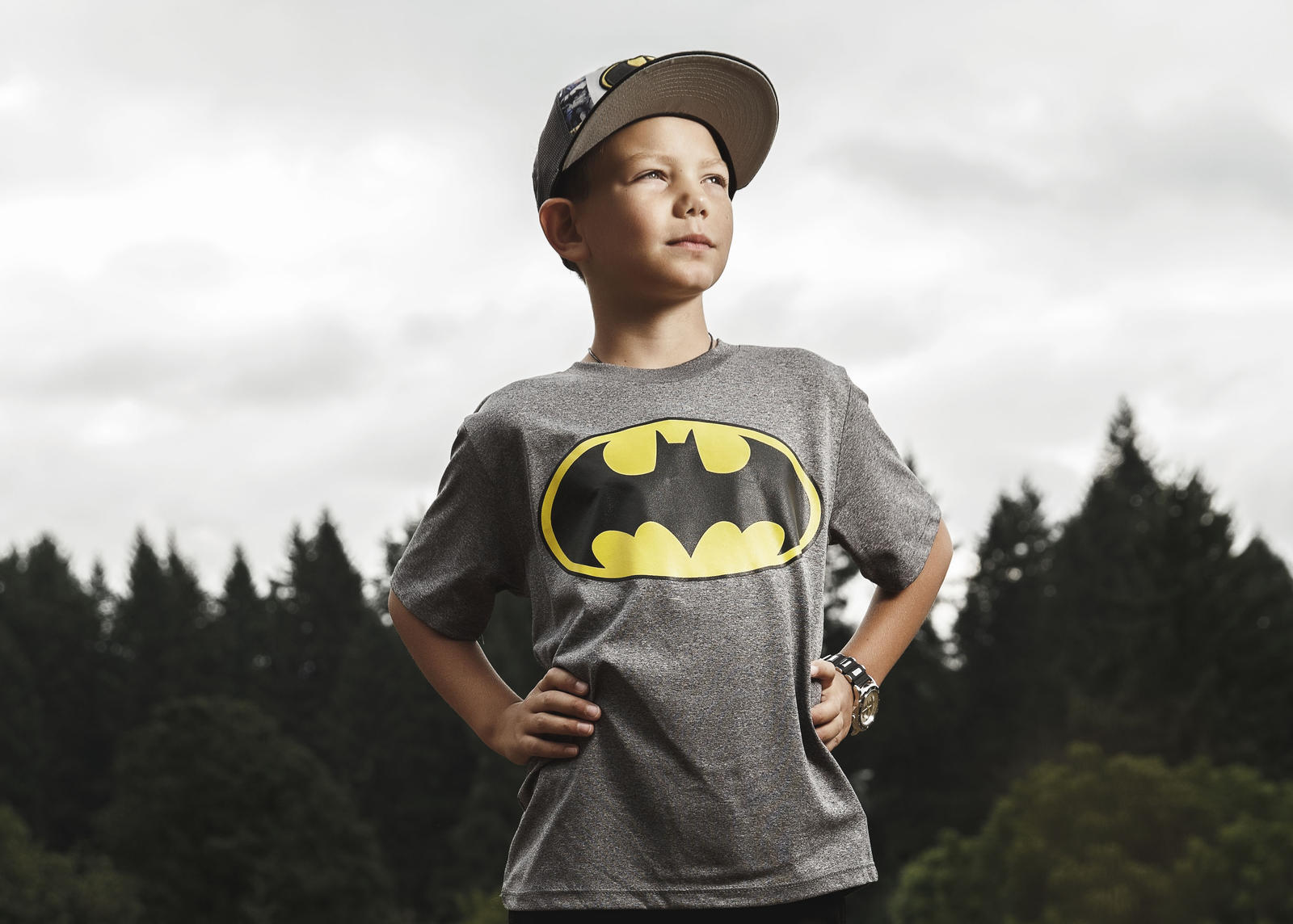 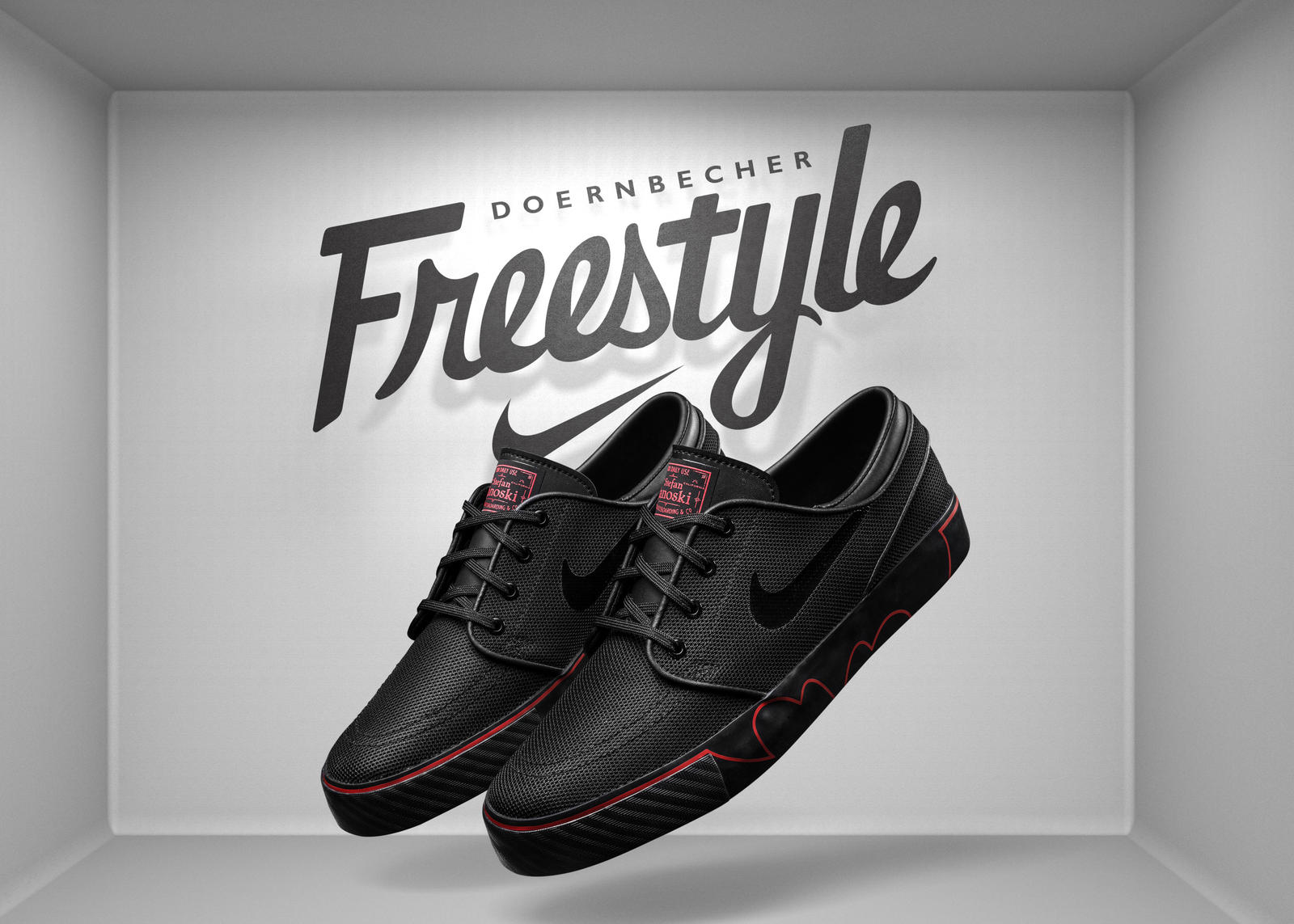 Like a lot of us growing up, Batman was a source of inspiration and that’s especially true for 8-year old Isaiah. The child was diagnosed with a brain lesion (bruising) that required surgery and to lighten the severity, Isaiah’s parents called it a brain “freckle” that Batman also had, which helped the boy to be brave.

On the surface the Nike Stefan Janoski that Isaiah designed is a simple black shoe with red trim but a flash of light reveals the Batman logo (similar to the famous Bat signal) surrounded by an iridescent upper.

Isaiah hopes the shoes can bring hope for other children with “brain freckles” with his favorite words printed on the insole: FREEDOM, FIGHTER, BELIEVE.

The Janoski will be accompanied by a hoodie, as well as a hat with a multicolored Batman logo. 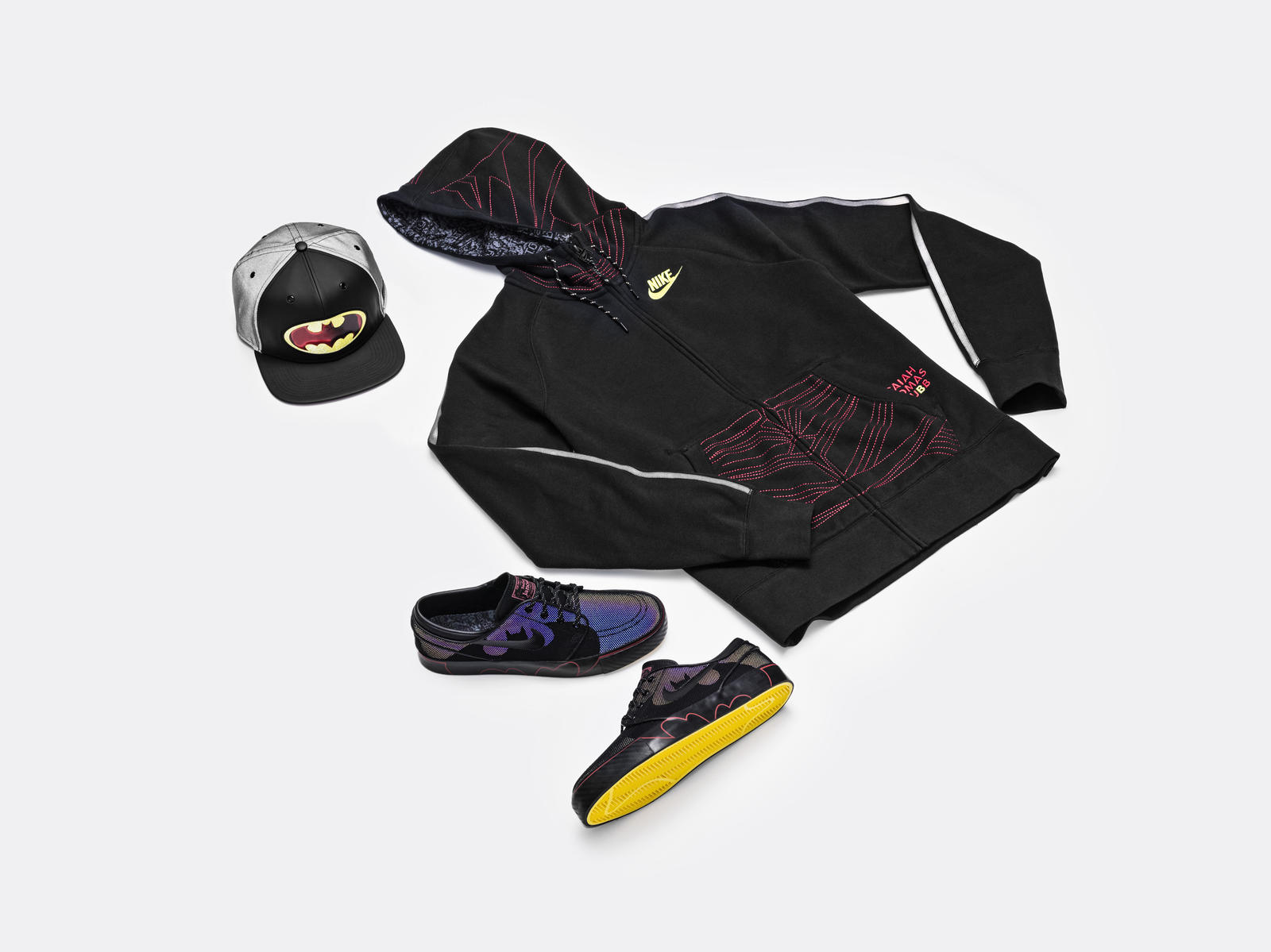 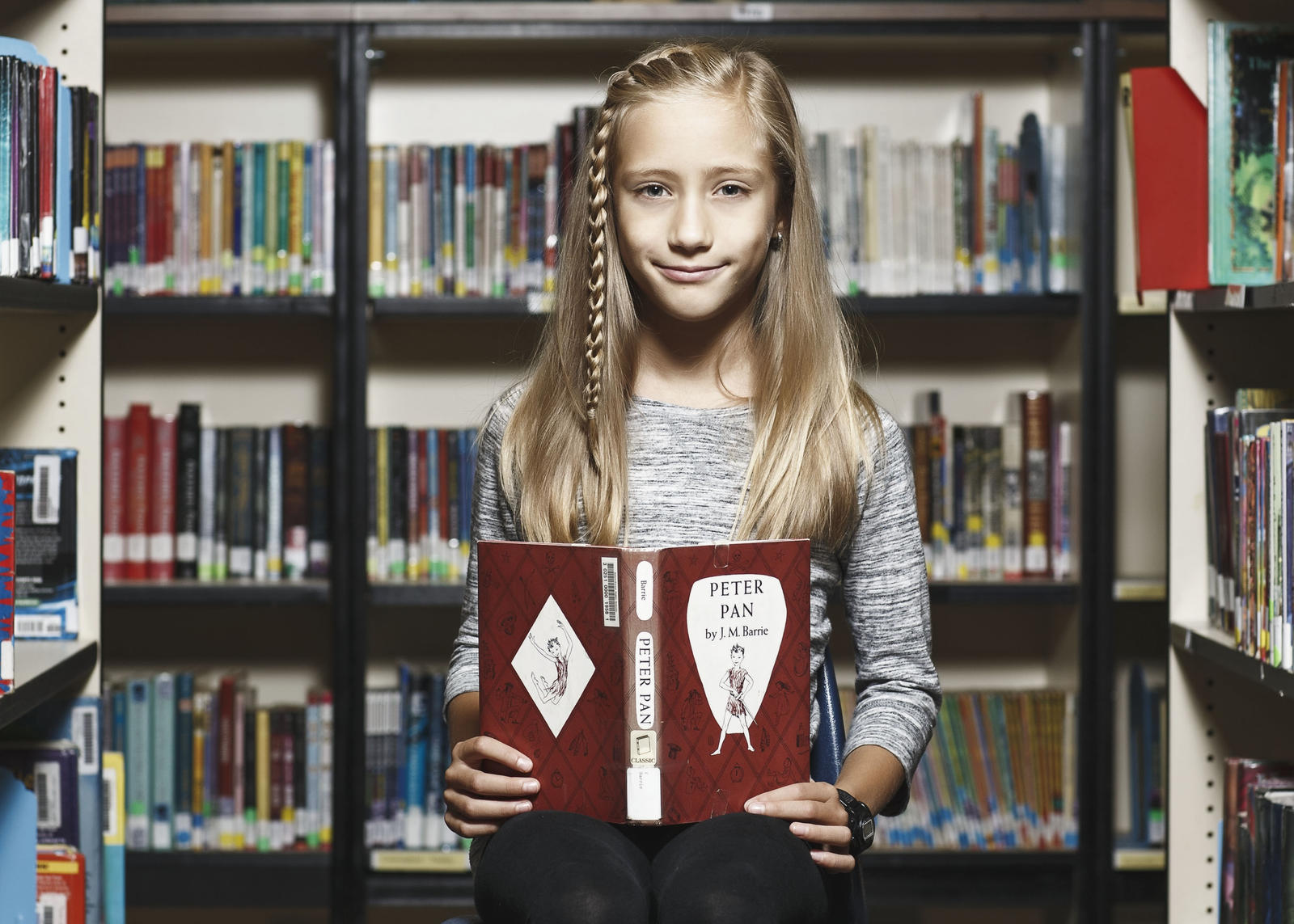 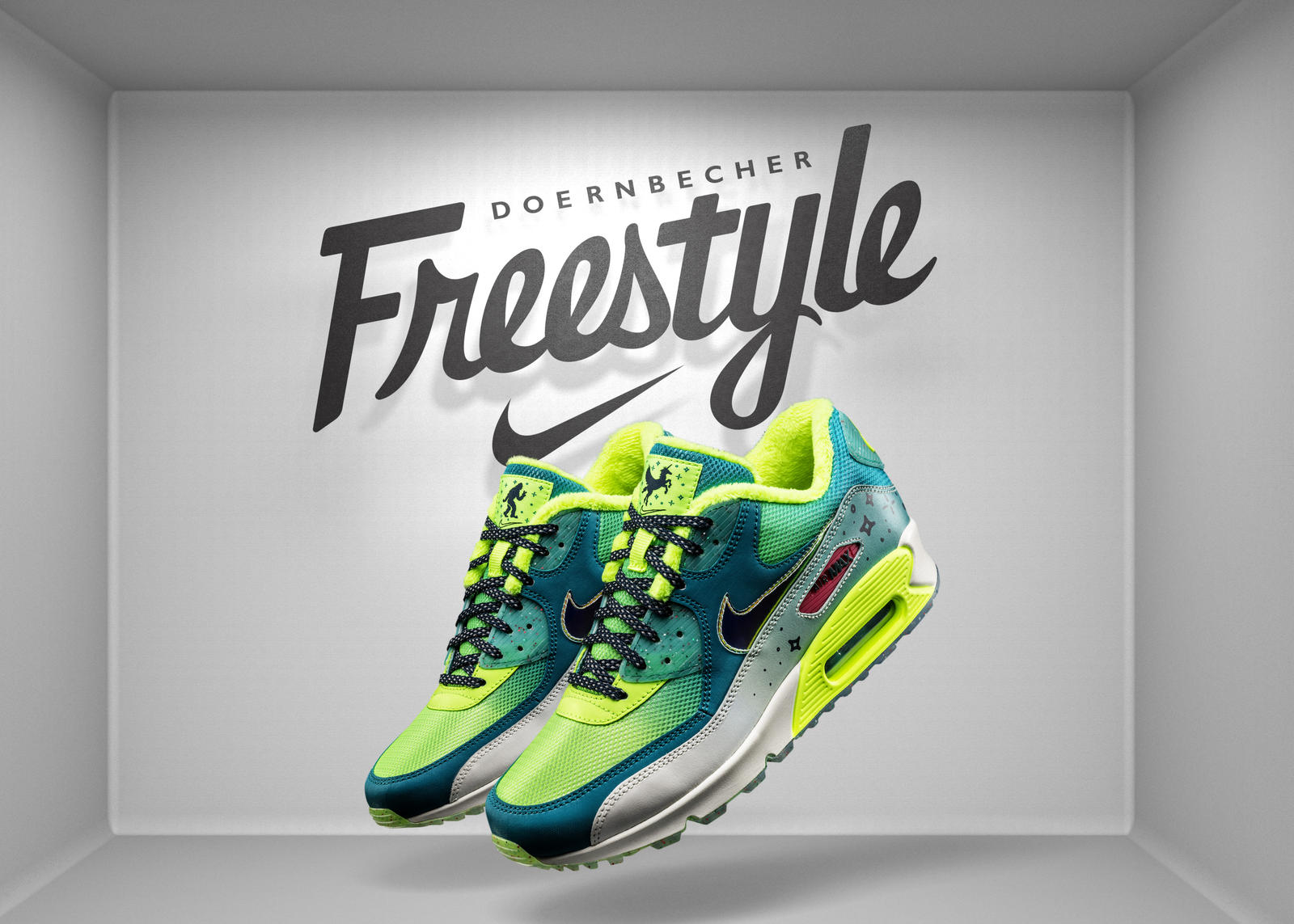 Face with the roadblock of stage IV kidney failure, 10-year old Emery looked to the magical elements of Peter Pan to tell herself that anything can happen. This is exemplified by the graphic of a Sasquatch riding a unicorn. Emery also looks to fight the odds with the word “IMPOSSIBLE” on the side of her Nike Air Max 90 with a strategic apostrophe making the phrase “I’M POSSIBLE.”

The whimsical colors are contrasted by the reflective laces, which are a nod to her father who loves reflective things. The rest of her family is listed on the insole, along with the relaxing image of a palm trees.

The Air Max 90s will release alongside pants as well as a t-shirt with the aforementioned unicorn-sasquatch logo. 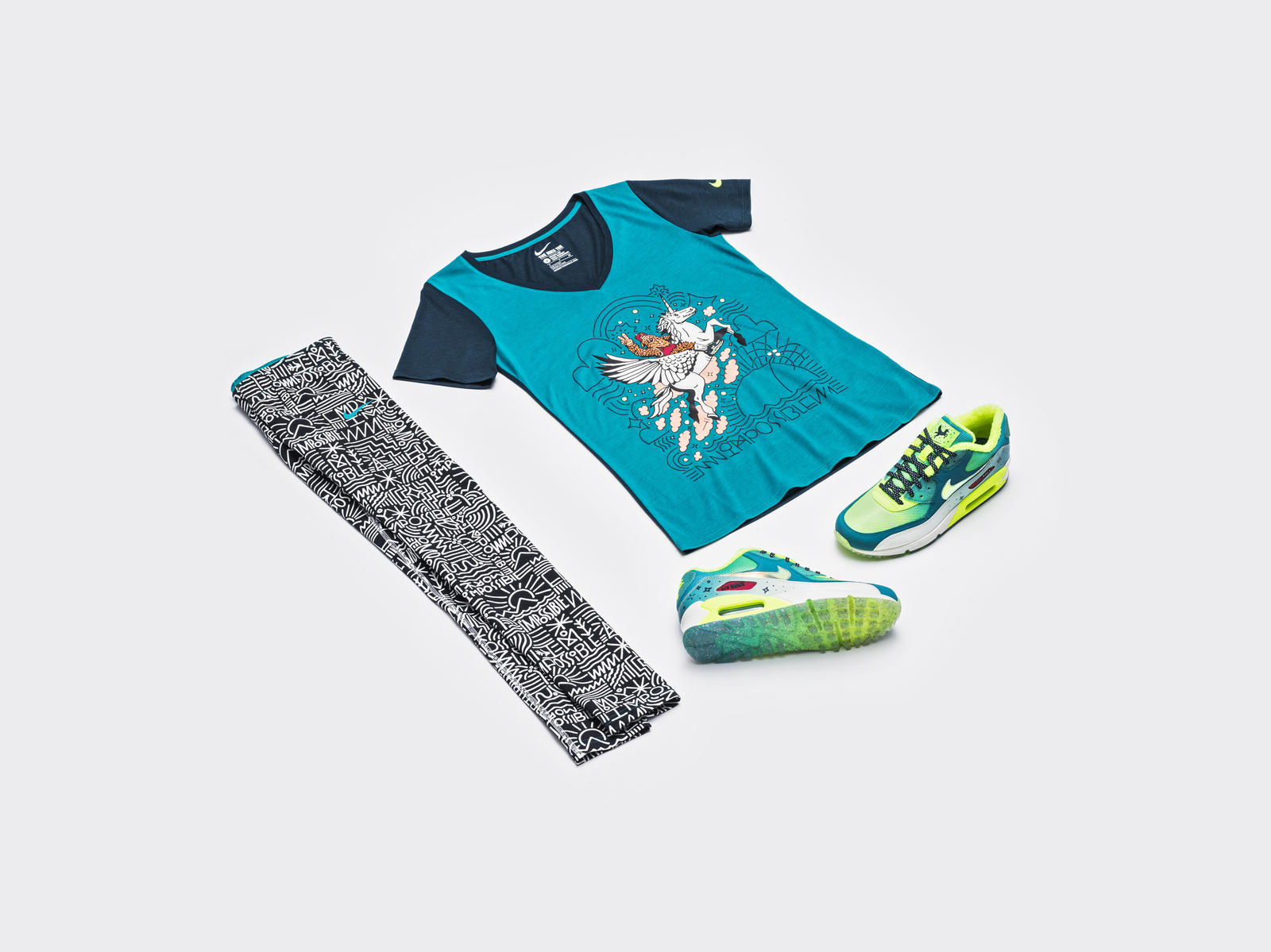 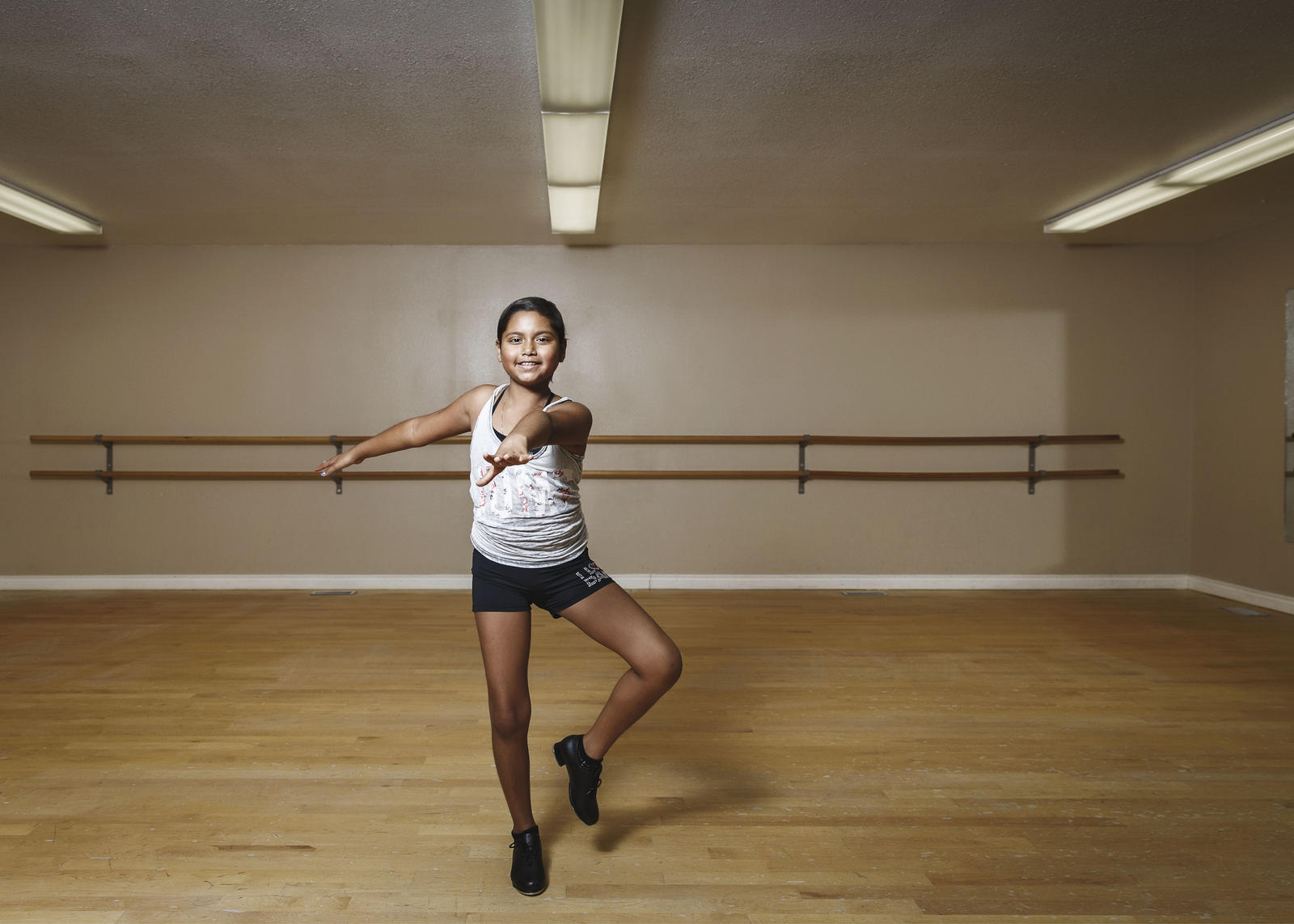 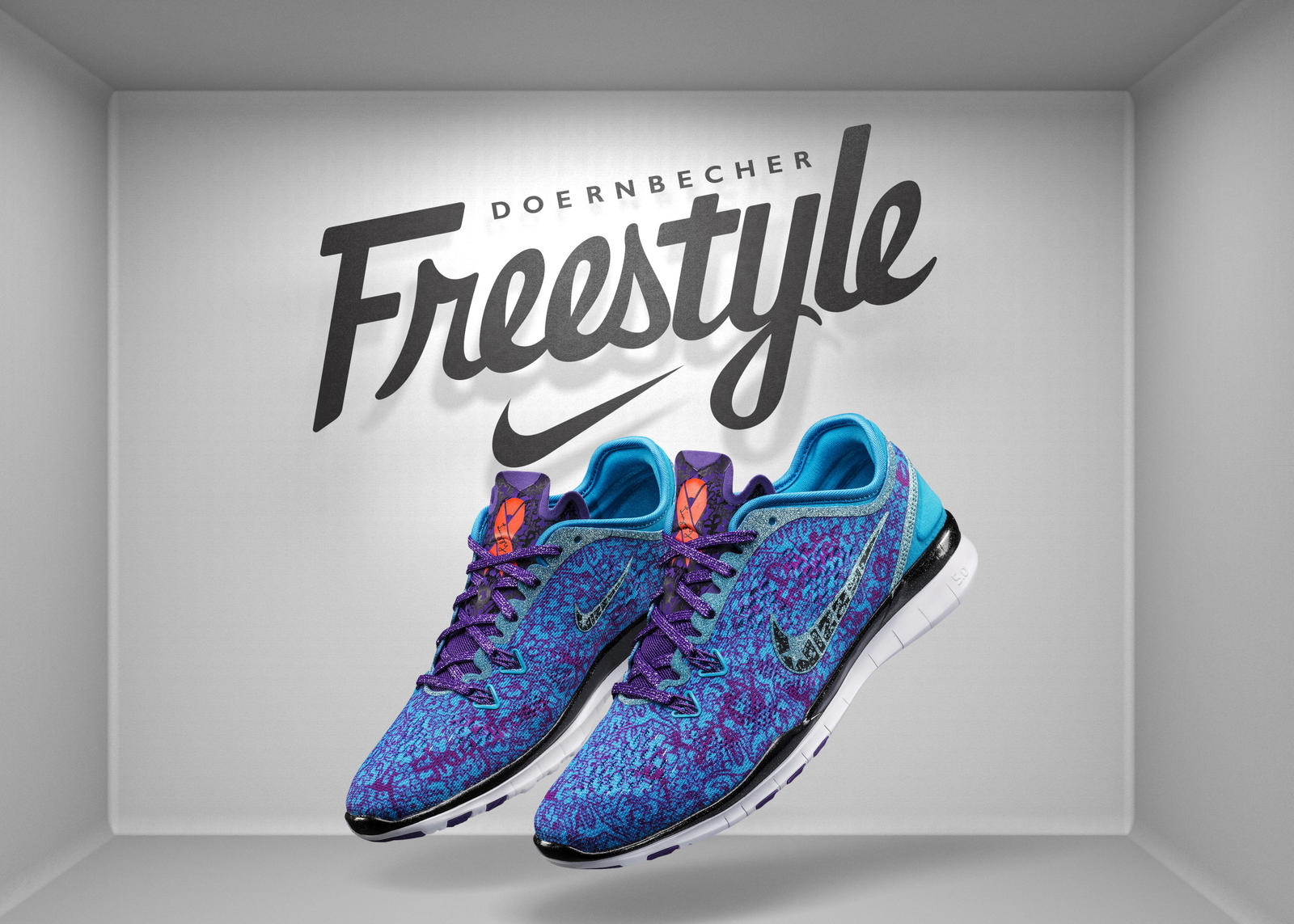 11-year old Lizzy’s passion for dance can be seen all over the Nike Free 5.0 she designed. Case in point is the glow in the dark dance silhouette seen on the heel of he shoes. The sparkly nature of the laces represent all of the dance trophies that Lizzy has won. Furthermore, Lizzy’s name appears inside the swoosh in a block font.

Lizzy has stayed strong in fighting acute lymphoblastic leukemia (a type of bone cancer,) with her COURAGE epitomized on the fabric print: “STAY STRONG, DANCE ON.”

Lizzy’s Free 5.0 will release alongside tights, as well as a hoodie with the similar color motif as the shoes. 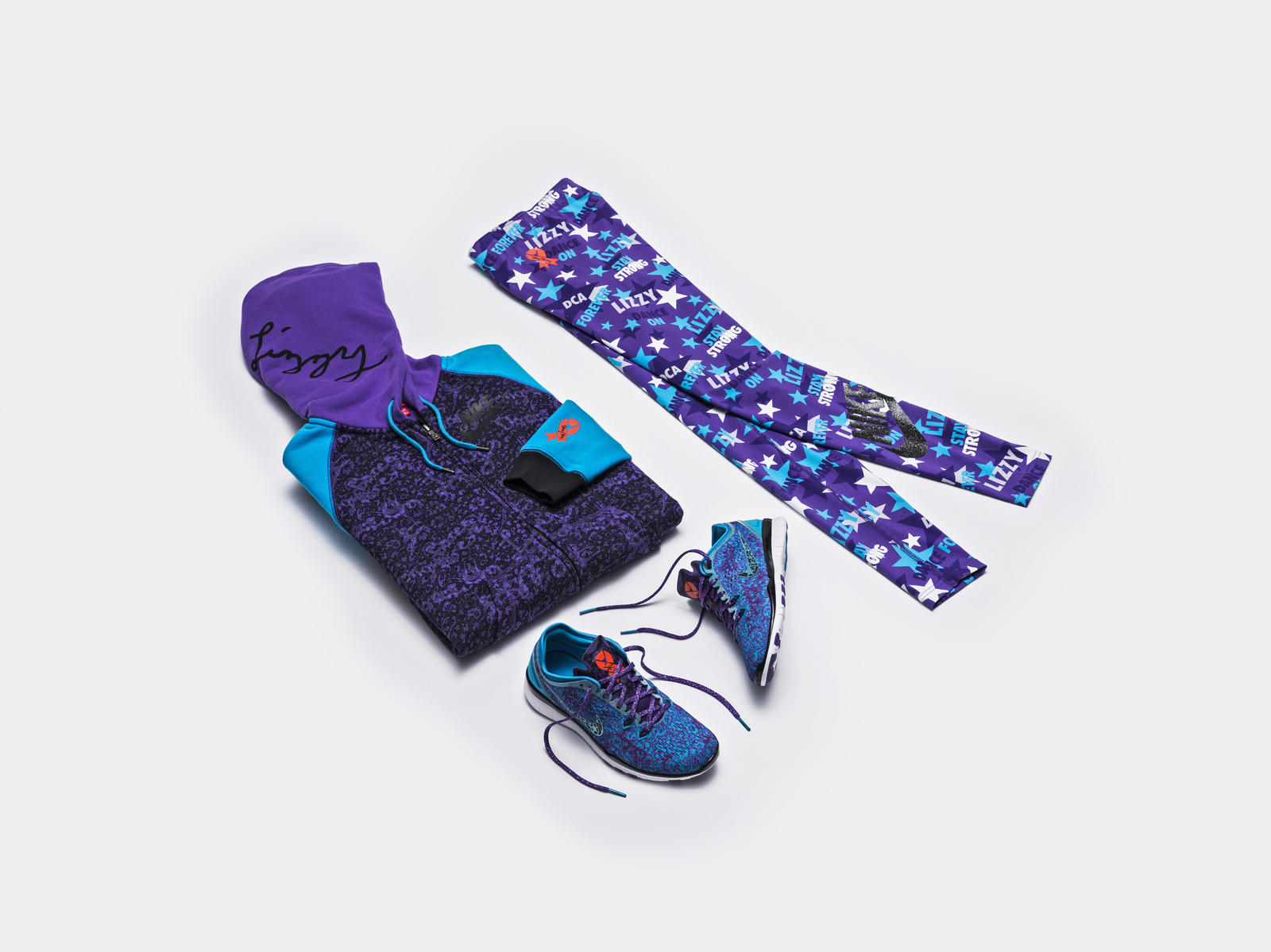