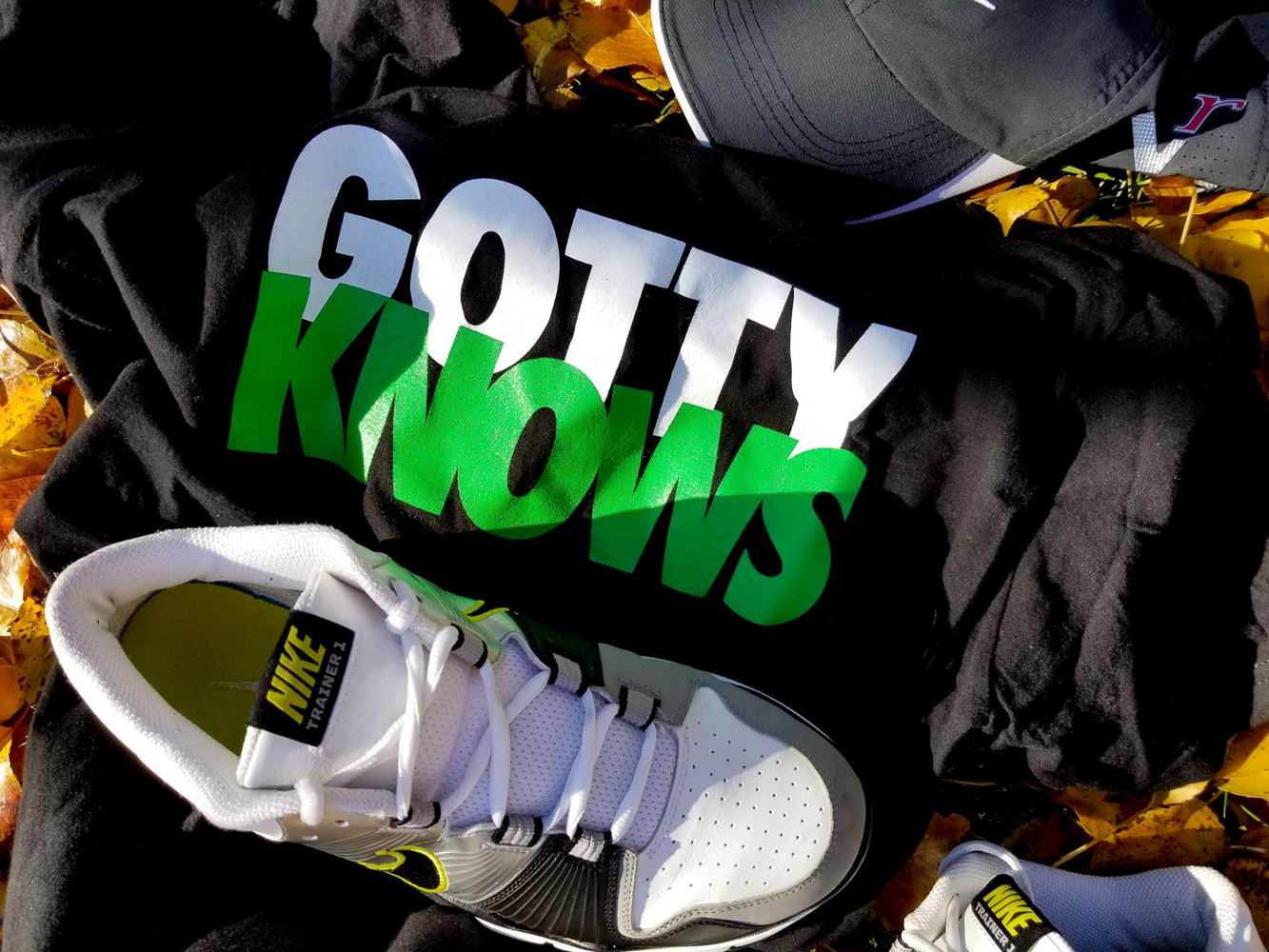 Gotty Knows — often stylized as #GottyKnows — is a curious phrase to those who aren’t familiar with the man himself. John Gotty, to casual observers of his various timelines and stage-name moniker, may be a bit of a mystery, but is undoubtedly one of the most important figures in footwear culture today.

We are not talking about the late and infamous Italian mobster John Gotti, but a former schoolteacher from Tennessee who is a foundational figure at the intersection of hip hop, hoops, and sneakers. Gotty first became Internet-famous as the head of his writers collective and acclaimed digital outlet, The Smoking Section, as well as for his editorial work with Uproxx. He has become a present-day godfather of the very sectors of aforementioned art and product that have since become commodities in big business today (in many cases, those commodities becoming seized and appropriated, from the people who have eaten, slept, lived, and created in those spaces, including the author of these very words).

An editorial influencer with connections to high places, but at heart, a measured writer and generous teacher with his eyes and hands lowered to help others looking for guidance and inspiration, Gotty is simply Gotty. It would be tempting to try to intricately compare him to other influential persons who are significant figures in bridging worlds of noir to broader awareness, but out of my own personal respect for him and his brilliance, declining that option is the better way.

The Gotty Knows LE Tee by John Gotty is a great example of how his relationship with footwear (specifically hoopers, runners, and trainers) works to orbit his world of influence. Gotty himself is known by his followers and friends to be an avid collector of Nike’s various Trainer series, but it’s specifically his love of the Tinker Hatfield-designed Nike Air Trainer 1 that most marks his affection. Designed with the most famous font of Nike’s own affection, Helvetica, the Gotty Knows script takes on the very colors of the original TR1 — white, black, and green.

Unfortunately, I was told by the man himself that the Gotty Knows LE Tee featured in this edition of Test Shoot stopped production just as 2018 began and is indefinitely retired. However, as with all things, there is hope. I advise you to hope that Gotty gives this product a second run for your benefit. 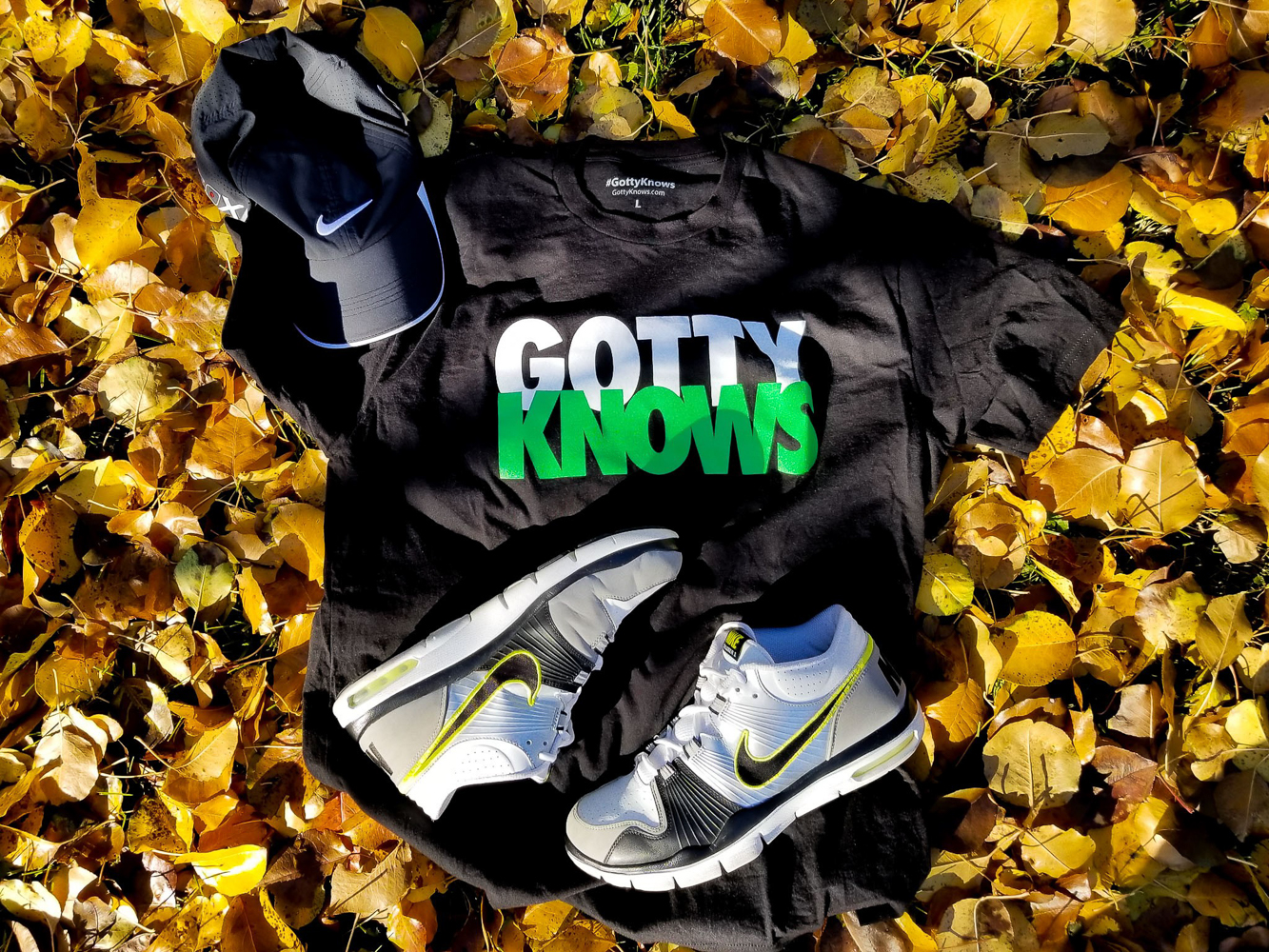 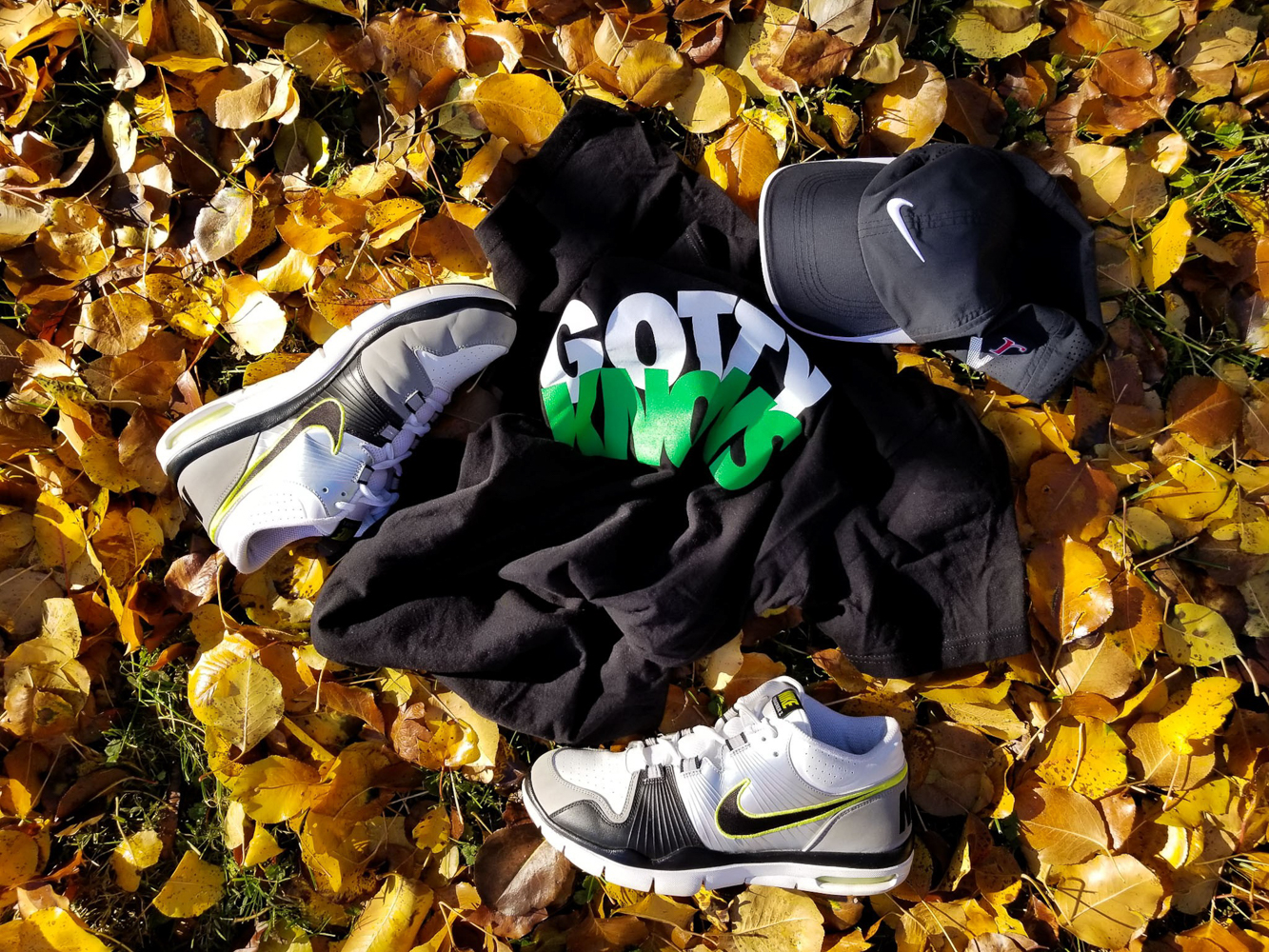 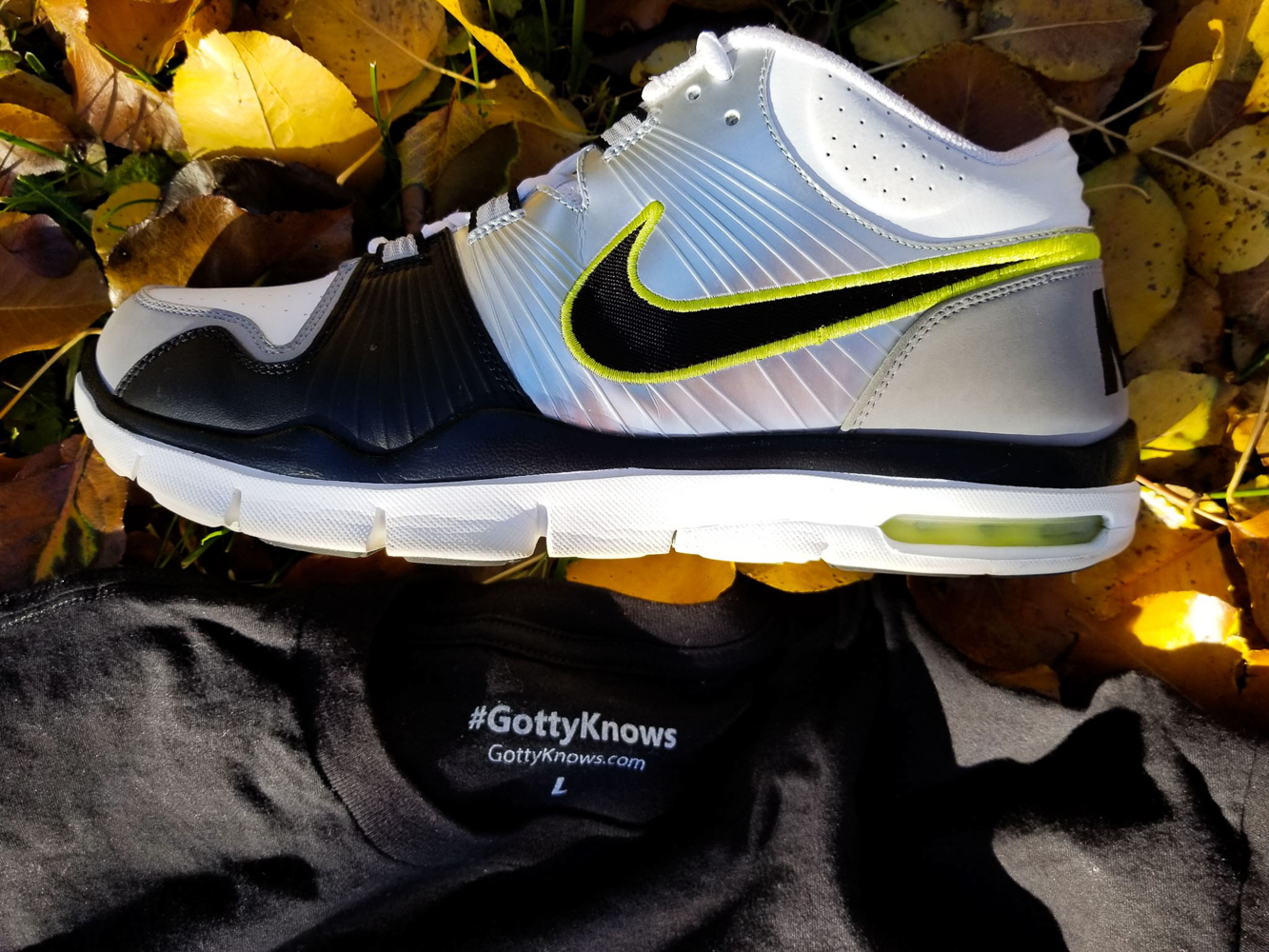 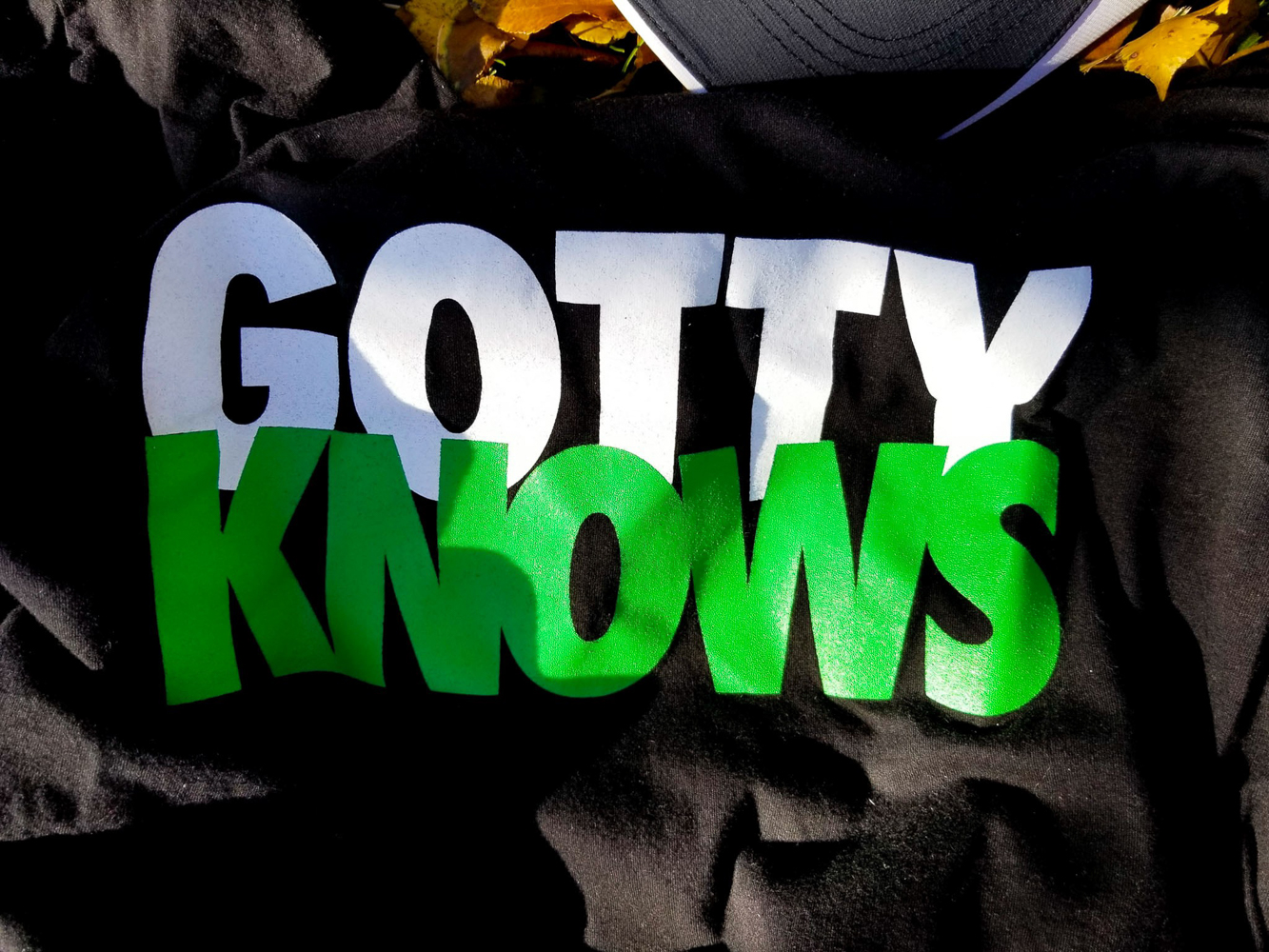 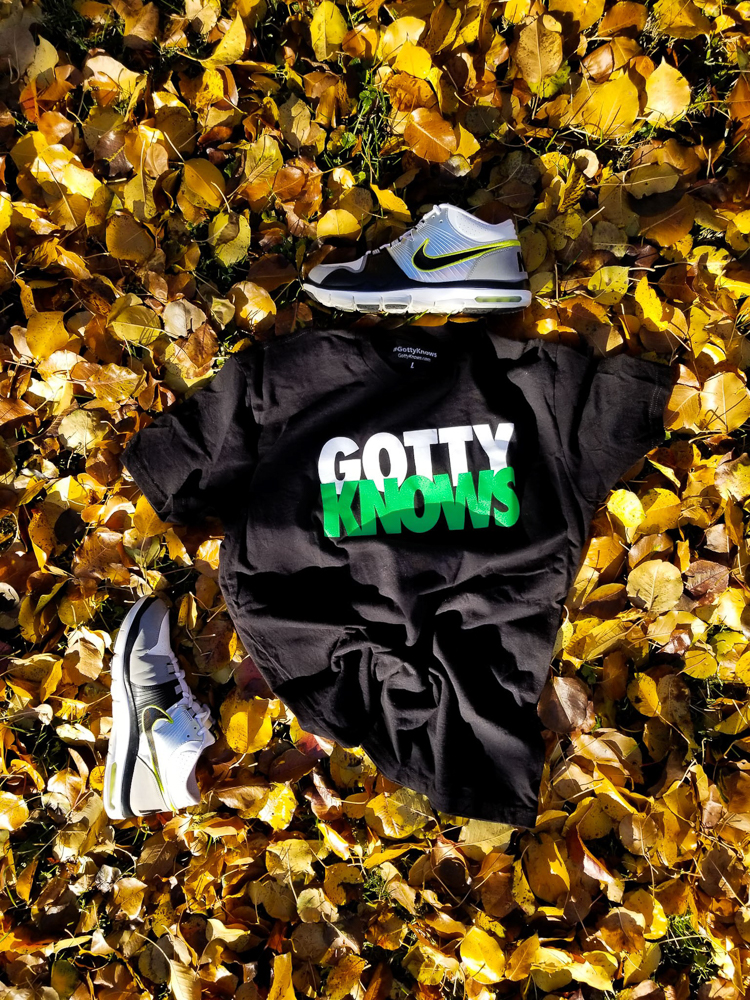 Special thanks to John Gotty.