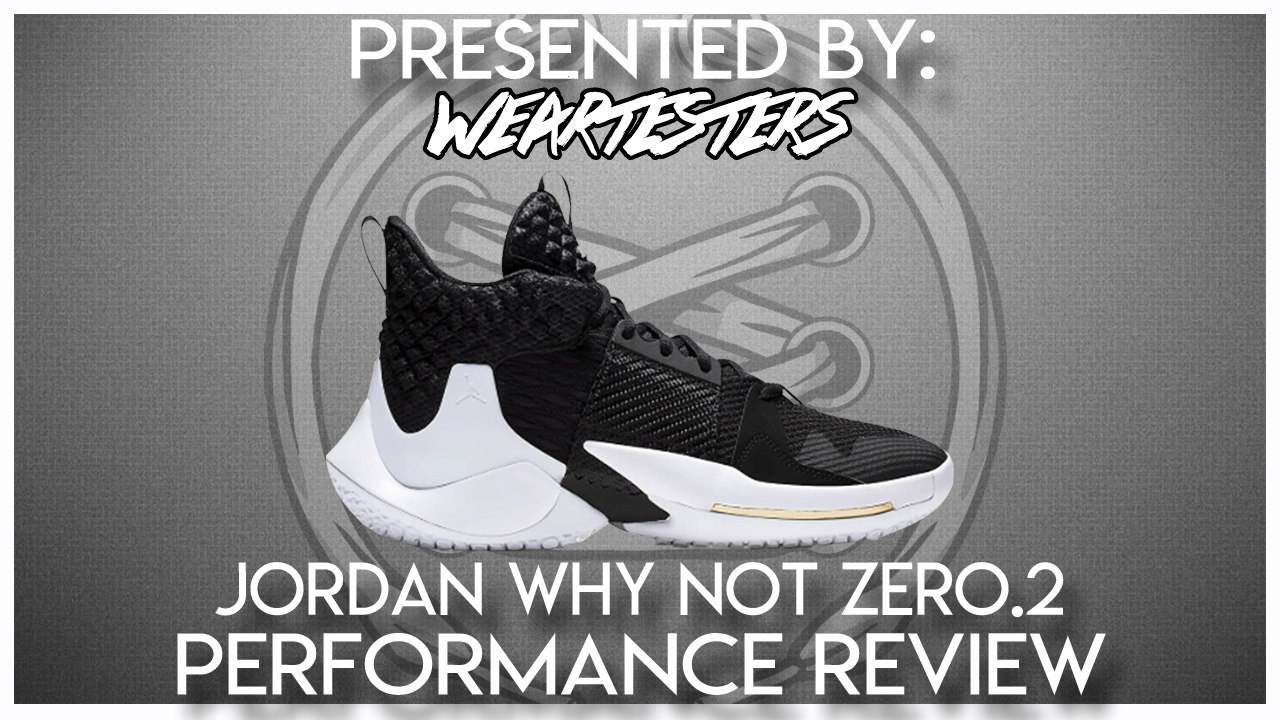 It’s that time again. Stanley Tse weighs in on the Jordan Why Not Zer0.2.

Traction was just straight awesome for me. I’ve played on clean courts and some slick courts and the traction gripped. While it features a non-traditional circular pattern, the pattern gripped the floor aggressively. Keep in mind that the rubber is soft, so it won’t last long outdoors. However, that doesn’t mean it didn’t work for outdoor courts. I can’t complain, except, perhaps it would be nice if the shoes could transfer some of Brodie’s athleticism to me, and that triple-double prowess.

A slight change of pace going from Full-length Zoom Air to just Forefoot Zoom Air. However, the Forefoot Zoom Air unit is unlocked, and is the same setup found in the Air Jordan 33. The shoe also features an injected Phylon midsole, which was bouncy (and felt good for those that needed added support). Impact protection was felt immediately without any break-in time. Despite the heel not featuring any actual cushion, the Injected Phylon gave the feeling on the heel very soft and responsive protection without the lack of energy return. I did like how this felt for my heavy-footed gameplay, although I’d still prefer having Zoom Air. Overall, for slightly heavier players, and for those quick on their feet or play on their forefoot, this worked very well.

The materials feature a combination of mesh and knit. They fit and feel very comfortable around my foot without any feeling of any straining or additional lace pressure. Additionally, zero break-in time was required which is a huge plus. It would have been nice to have seen a bit more of a mix-up between materials, such as leather or Battleknit, but that is a personal want and not something that the shoe needed.

True To Size. Plain and simple. Even for a slightly wide-footer myself (and I know there are plenty of you out there wondering and have wider-feet), they fit very well. Some slight adjustments of the lacing and you’re ready to go. The lockdown was adequate, especially with the help of the overlay panels placed along the midfoot to wrap around gives the shoe a nice change of pace in aesthetics and functionality. I do wish there was an extra lace loophole along the very top of the shoe for a more secure fit at the rear ankle, but not once did I ever slip out the shoe. I was locked into place and ready to go.

Good, not great. It took a while to get adjusted to the way the outsole was designed as it’s got a slight roundedness to it. Not saying it’s a bad thing, however, not all players are used to playing on their toes, especially coming from the Why Not Zer0.1 with its very flat and stable base. If it had a slightly extended outrigger it would probably help balance out the slight wobbliness of the shoe for those who aren’t used to it, but it’s not a big gripe. It’s somewhat of a transition. Adequate lockdown, soft phylon, a large Forefoot unlocked Zoom Air bag. Overall, I really loved the setup.

The evolution of Westbrook’s line has only come to fruition of two shoes, and so far they’ve hit the mark each time. You feel quick off your feet, comfortable, all while the shoe gives you everything you need, and removed everything you didn’t want. There are some things that could have been added to the structure of the shoe, but that’s just me nitpicking. The shoe gives a little bit of a blend between the Air Jordan 28, 29, and 32 — all of which were beasts on-court. So, if you were a fan of those models all together while being a fan of Brodie’s shoe then you won’t be disappointed. 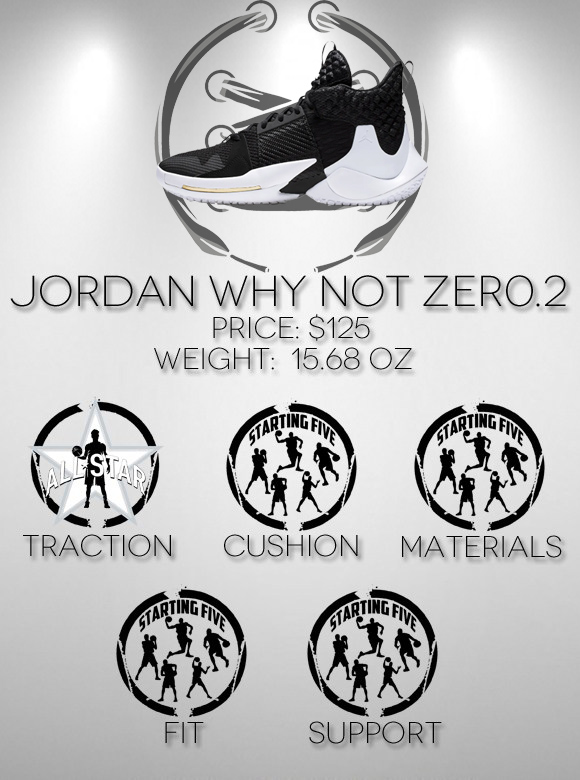