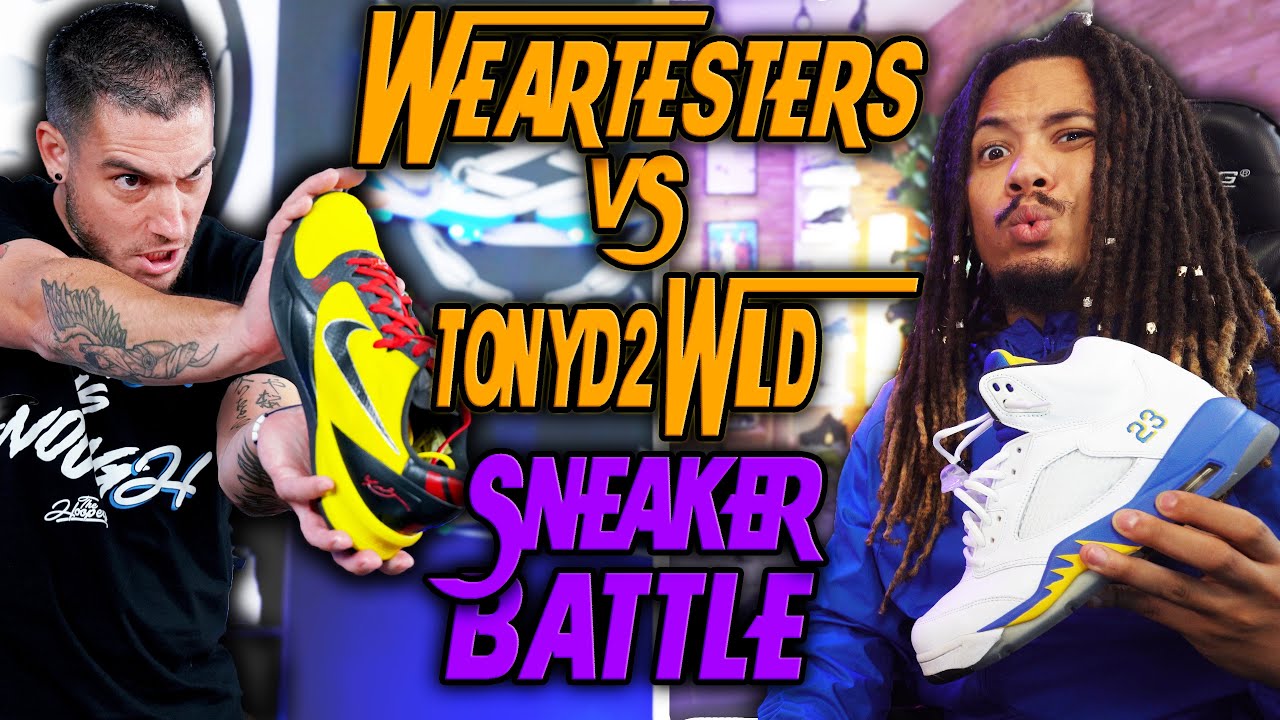 Everyone loves a sneaker battle. And we’ve got a great one for you. Today’s battle features two of the most prolific sneaker YouTubers ever, our own Chris Chase (aka Nightwing2303) and Atlanta-based TONYD2WILD.

Both of them have been on YouTube a long time and clock in at over 500k+ subscribers each. Sneaker battles are a regular feature on Tony’s YouTube channel. He’s also got a bunch of other awesome content. If you haven’t watched his channel before, get on that. And if you aren’t subscribed to his channel, you should be.

In this battle, Chris and Tony go deep into their personal collections to pull out a bunch of heat in five categories ranging from 2013 Jordans to best non-mainstream sneaker. Chris even pulls out his rarely if ever seen original pair of the Jordan Jumpman Pro.

Watch the battle by pressing play above or view it on YouTube.