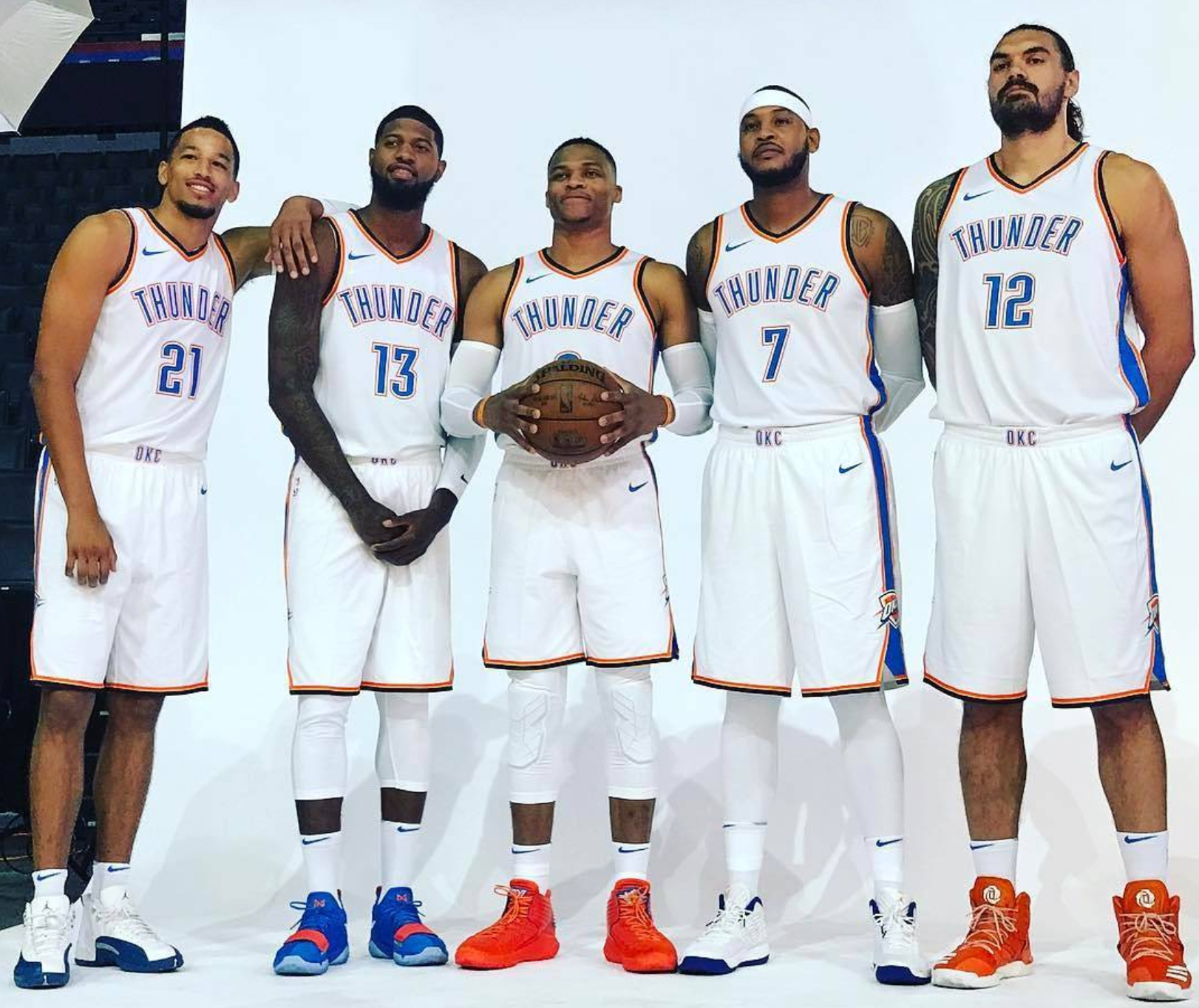 It’s the dawn of a new day in Oklahoma City and Westbrook had kicks for the occasion.

For Media Day, reigning MVP Russell Westbrook broke out an Air Jordan 32 PE that flaunts OKC’s red-orange and blue colorscheme. There is no official word as to whether this PE will release or not but it seems unlikely.

Standing between Andre Robinson, Paul George, Carmelo Anthony, and Steven Adams, the OKC squad looks much more formidable than it did last year.

Let us know what you think about this Westbrook PE in the comments below. 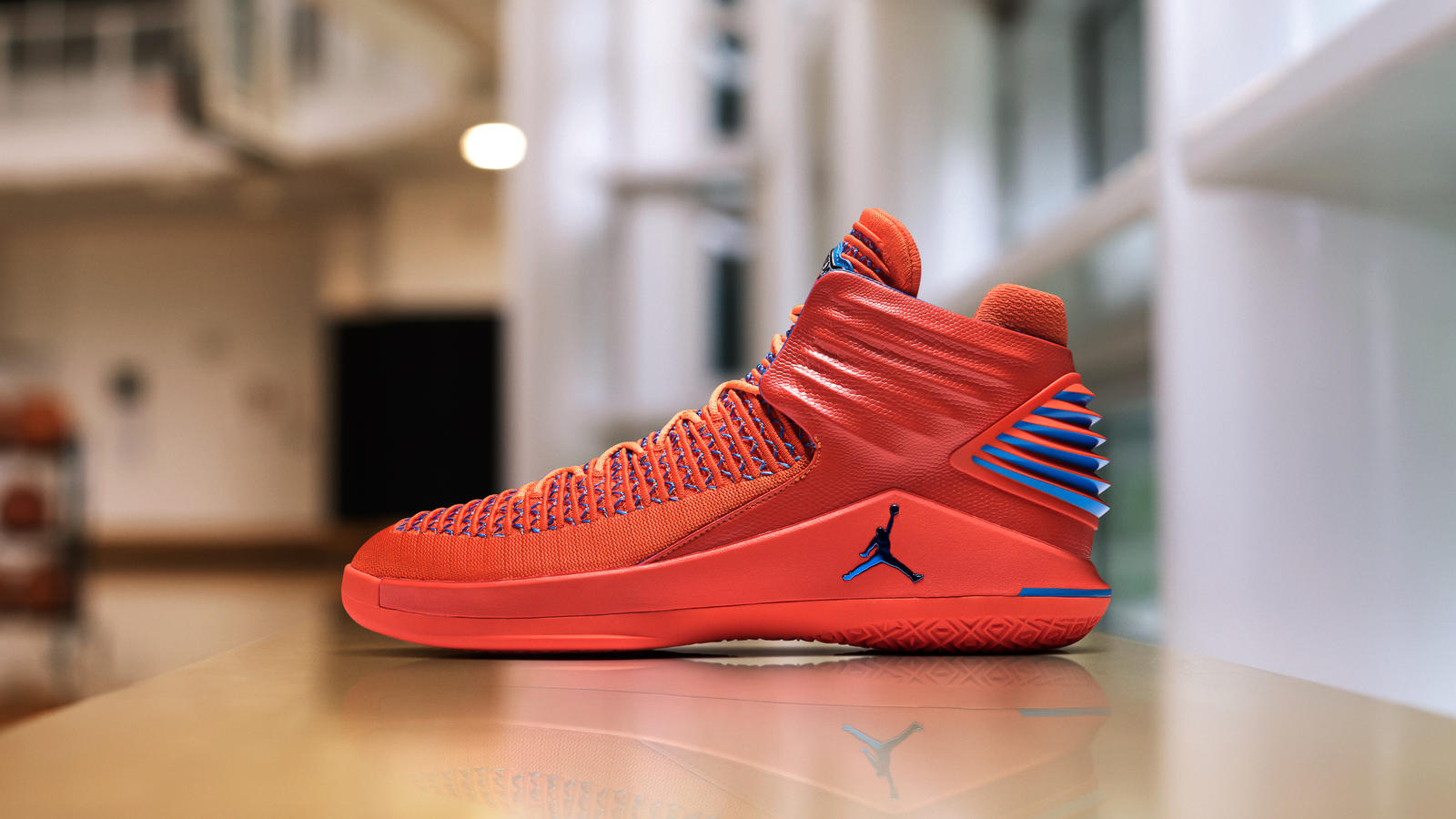 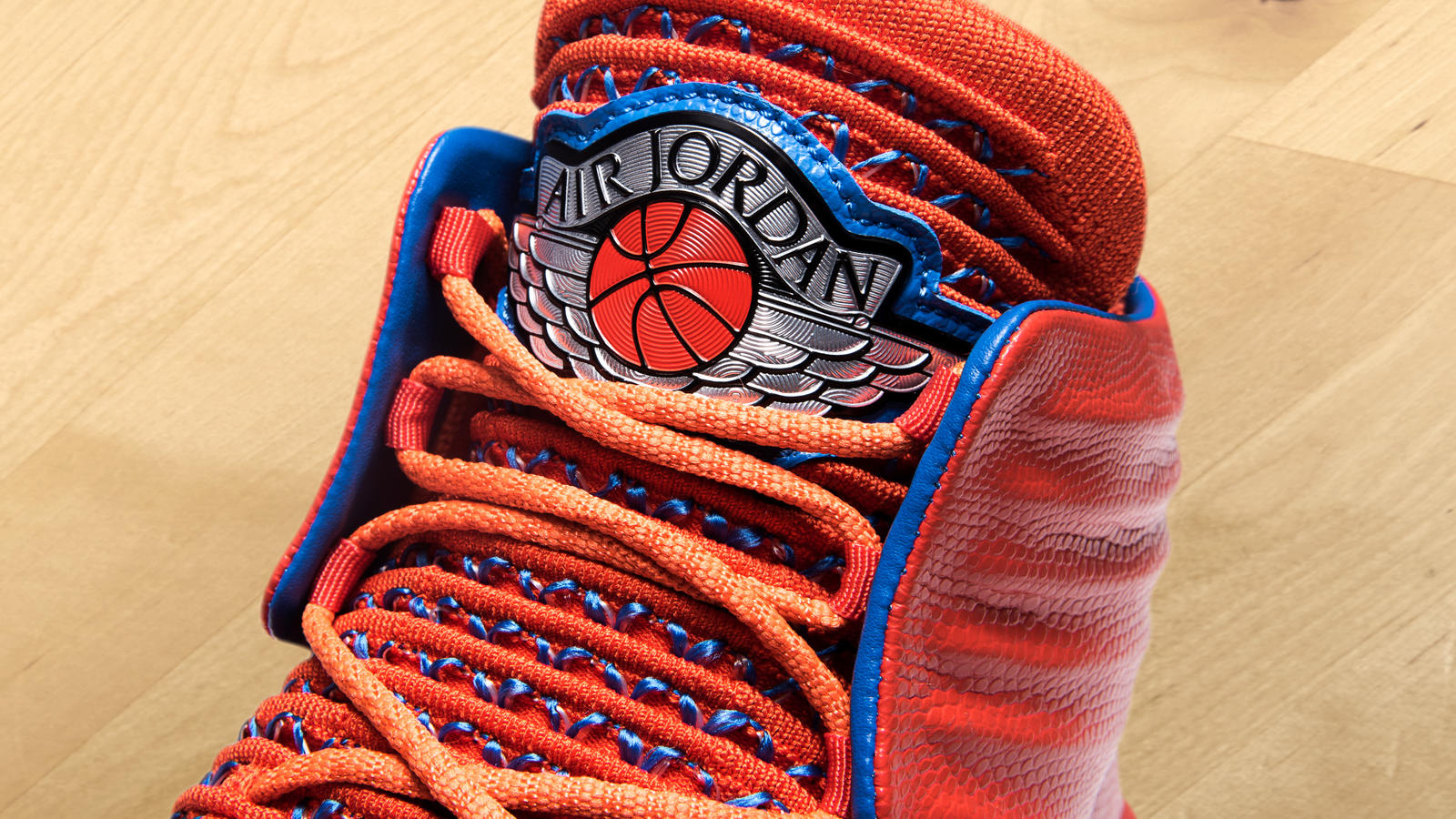 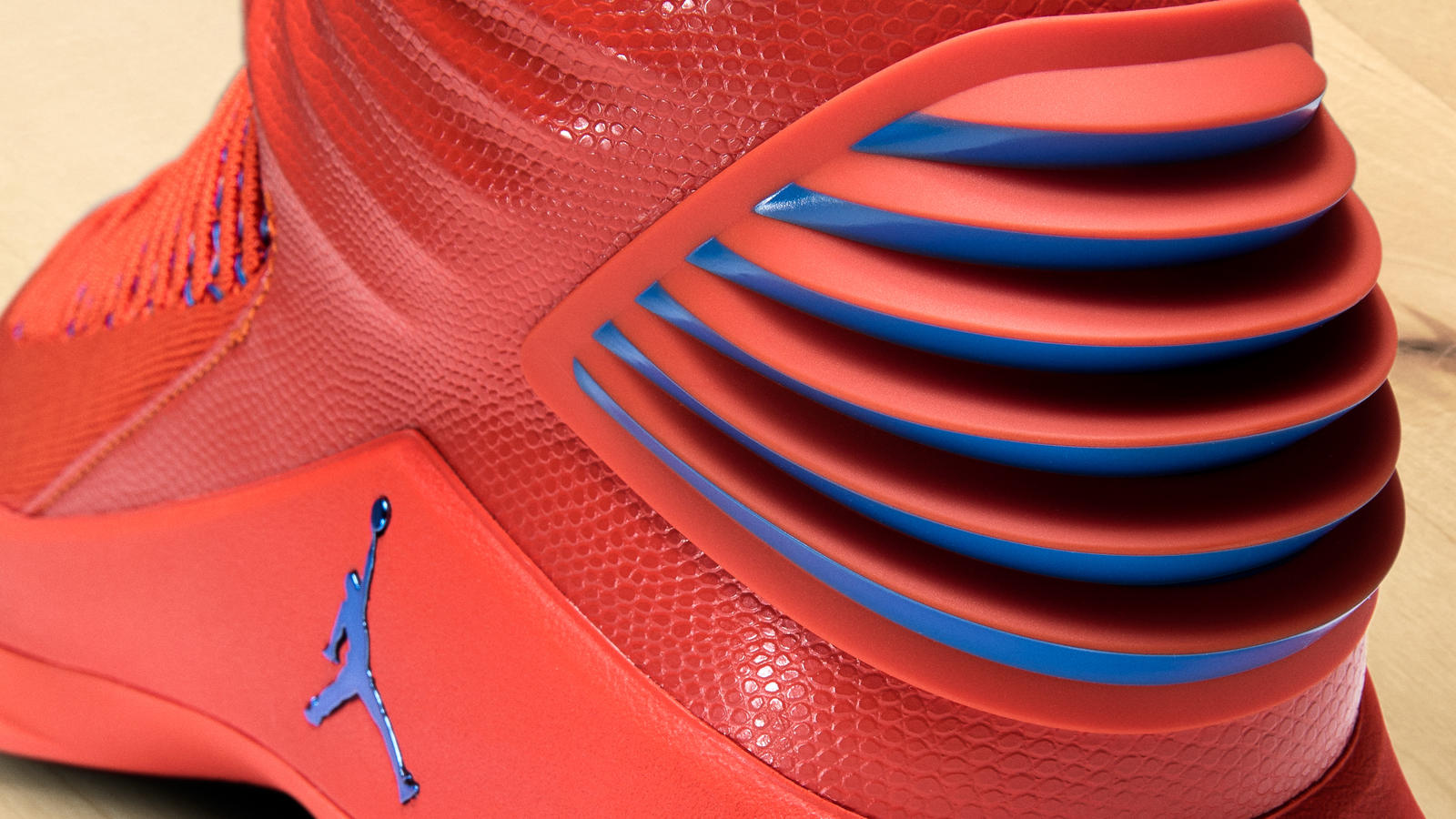