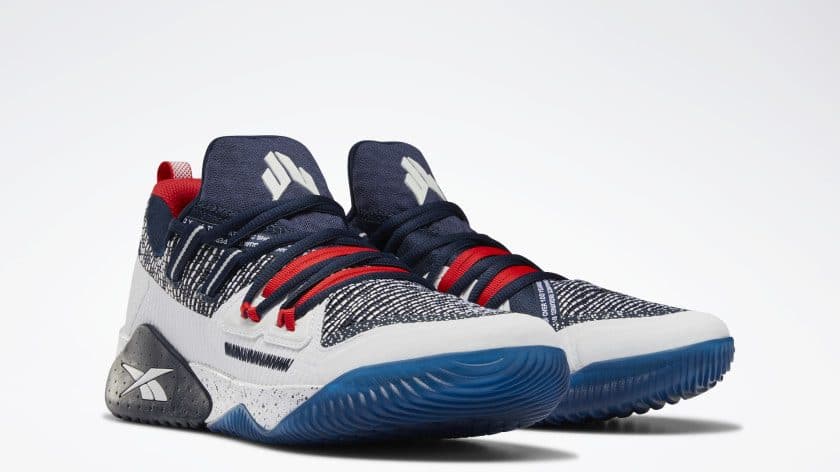 It’s been a while since the Reebok JJII released, but when it did it quickly became my favorite gym shoe. Last month we saw the release of the JJIII (performance review is in the works as we speak), and while we have only seen one colorway so far, you know there are many more coming, as almost every color of the JJII sold out quickly. Well, wait no more – the Pro Pack is here.

While the initial launch featured a white/black/red color scheme, the new Pro Pack focuses on his Texans colors, subbing the black for navy and an icy blue sole for the original red. If you aren’t from Houston or the surrounding areas, you probably have no idea how popular JJ is down there, but the past two models in this colorway had lines of people waiting on them. Seriously – football is no joke in Texas.

The performance features are the same for both colorways –

One of the best things about the JJ Watt series so far, besides the performance aspect, is the pricing. Over the last four years and three models the price has stayed at $100, a really reasonable dollar amount for a signature shoe of an athlete that is this popular. The Pro Pack is available now on Reebok.com along with a new line of T-shirts for, again, a really reasonable price of $15.

Let us know – have you enjoyed the Reebok JJ Watt line? Are you a Watt fan, rolling with the Texans? Or are you more of a Nano person? Let us know her or on our Discord channel.