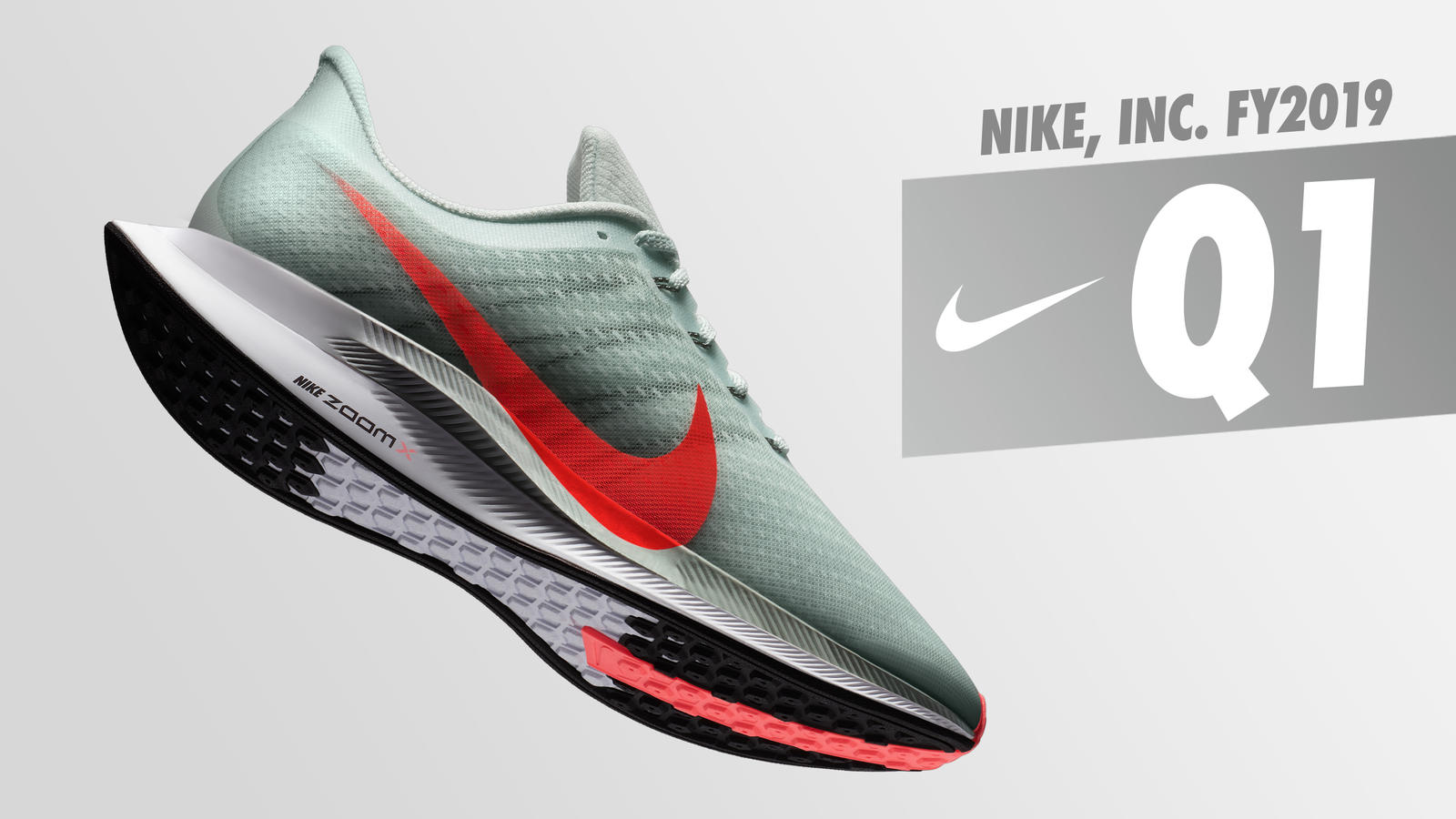 Global sportswear company Nike has reported its 2019 fiscal year first quarter results, and the numbers are strong. Even though Converse revenues grew and Nike wholesale sales are growing faster than retail sales, the Nike, Inc’s stock is still down.

According to its latest financial report, Nike saw double-digit revenue growth, which was fueled by a “deep line up of innovation” and strong momentum. Per the report, diluted earnings per share for the quarter were $0.67, an increase of 18% as compared to quarter four of the 2018 fiscal year.

Nike CEO Mark Parker’s first comments on using Colin Kaepernick in Just Do It ad: “We feel very good and are very proud of the work we’re doing…we’ve seen record engagement with the brand.”

Perhaps the most staggering statistic laid out in the report is Nike’s gross margin, which was up 50 points to 44.2%. It claims this is due largely in part to higher selling prices and margin expansion, which is partially offset by higher product costs.

Moreover, Nike, Inc. repurchased a total of 17.8 million shares, approximately $1.4 billion, as part of the company’s four-year $12 billion program approved by the Board of Directors in November of 2015. In June 2018, the Board authorized another four-year $15 billion share repurchase program that will begin when the current program is completed — the latest effort in restructuring and consolidating the company’s debt.

“Nike’s Consumer Direct Offense, combined with our deep line up of innovation, is driving strong momentum and balanced growth across our entire business,” said Mark Parker, Chairman, President and CEO, Nike, Inc. “Our expanded digital capabilities are accelerating our complete portfolio and creating value across all dimensions as we connect with and serve consumers.”

JUST IN: Nike CEO Mark Parker reveals that it’s HyperAdapt self-lacing shoes will be available in more quantity at a cheaper price.