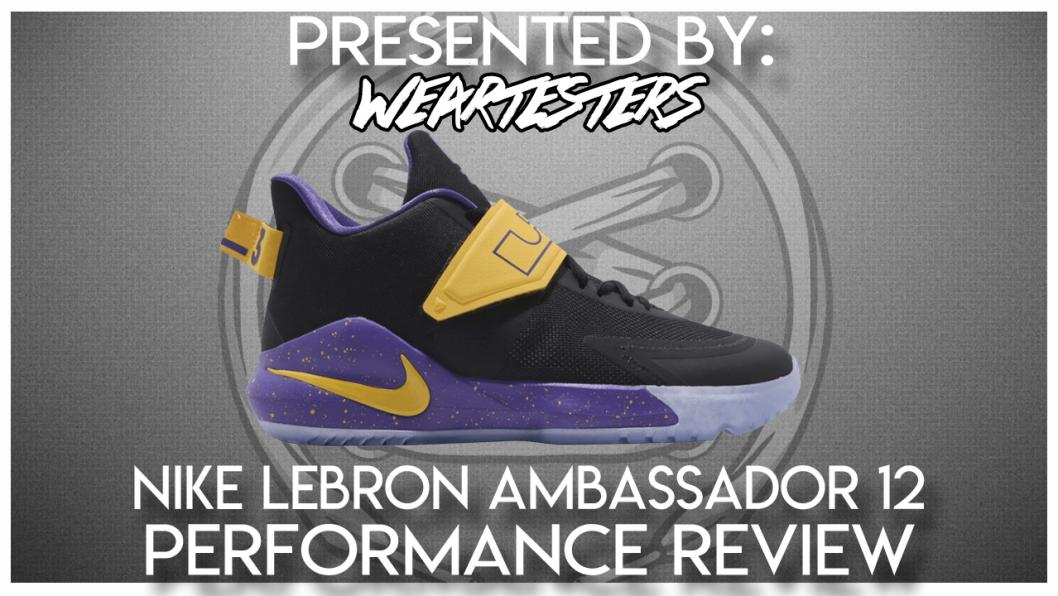 The Nike Lebron Ambassador 12 is here. This overseas Lebron model is always a hit. Can the 12th shoe in the Ambassador series follow the same path? Let’s find out.

The Nike Lebron Ambassador 12 uses the same outsole traction pattern as the Lebron Ambassador 11. The only thing that changed in this particular pair is that it uses a translucent outsole and doesn’t state it has XDR rubber. The grooves are thick and wide and played well on clean courts. There were some instances where I had to wipe, but that was more likely due to the very dirty courts. The Ambassador line has been extremely consistent in terms of traction. The Ambassador 8 and Ambassador 9 had the best traction but the 11 is solid.

Did I say the word consistent already? Because the Ambassador line has been consistent in the cushion set up as well. As previously stated, the midsole and cushion set up is also the same as the Ambassador 11. Forefoot and heel Zoom provide ample responsiveness and court feel with a bit of impact protection. Bigger players like myself will feel the impact from the Zoom Air along with the soft phylon. This is a setup that provides good cushion and responsiveness.

The materials are where there is a slight difference from the Ambassador 11. The weatherproof shroud is gone and a wrap-around strap is implemented (similar to the Lebron Soldier 7). The Ambassador 12 has an overall mesh build with some fuse and vinyl overlays to provide durability. The upper is lightweight with support and features little to no break-in time. The shoe has a soft phylon midsole with heel and forefoot Zoom Air for added cushion. Finally, a translucent wide-gridded outsole traction pattern finishes off the shoe.

The fit was true to size for me. While the Ambassador 12 is still an Asia only release, it was built on a wider last, therefore allowing guys with wide feet like myself a perfect fit. Narrow footers, you’ll still be able to stay true to size. However, if you like your toes at the tip of the shoe, I’d suggest 1/2 size down. The lockdown was sufficient especially with the strap across the midfoot adding to the traditional lacing setup.

The midfoot strap keeps your foot locked into the heel where the external heel counter takes over. You sit slightly inside of the the phylon midsole which, along with a nice wide base, helps prevent rollovers.

I say this on every Ambassador post and I’ll say it again. The Nike Lebron Ambassador 12 needs to be STATESIDE!!!! It was a pleasant surprise to see the King himself wear this exact colorway during warmups of a preseason game. I’d love to see him actually play in a pair. The Ambassador line has been the most consistent line in the Lebron series (just don’t mention the Ambassador 10 please). They’re wide-foot friendly, outdoor-ready, and budget ready.

If you’re in the market for a less expensive, wide-foot friendly, signature line shoe, the Ambassador 12 is for you. You’ll enjoy the ride while giving people buckets.