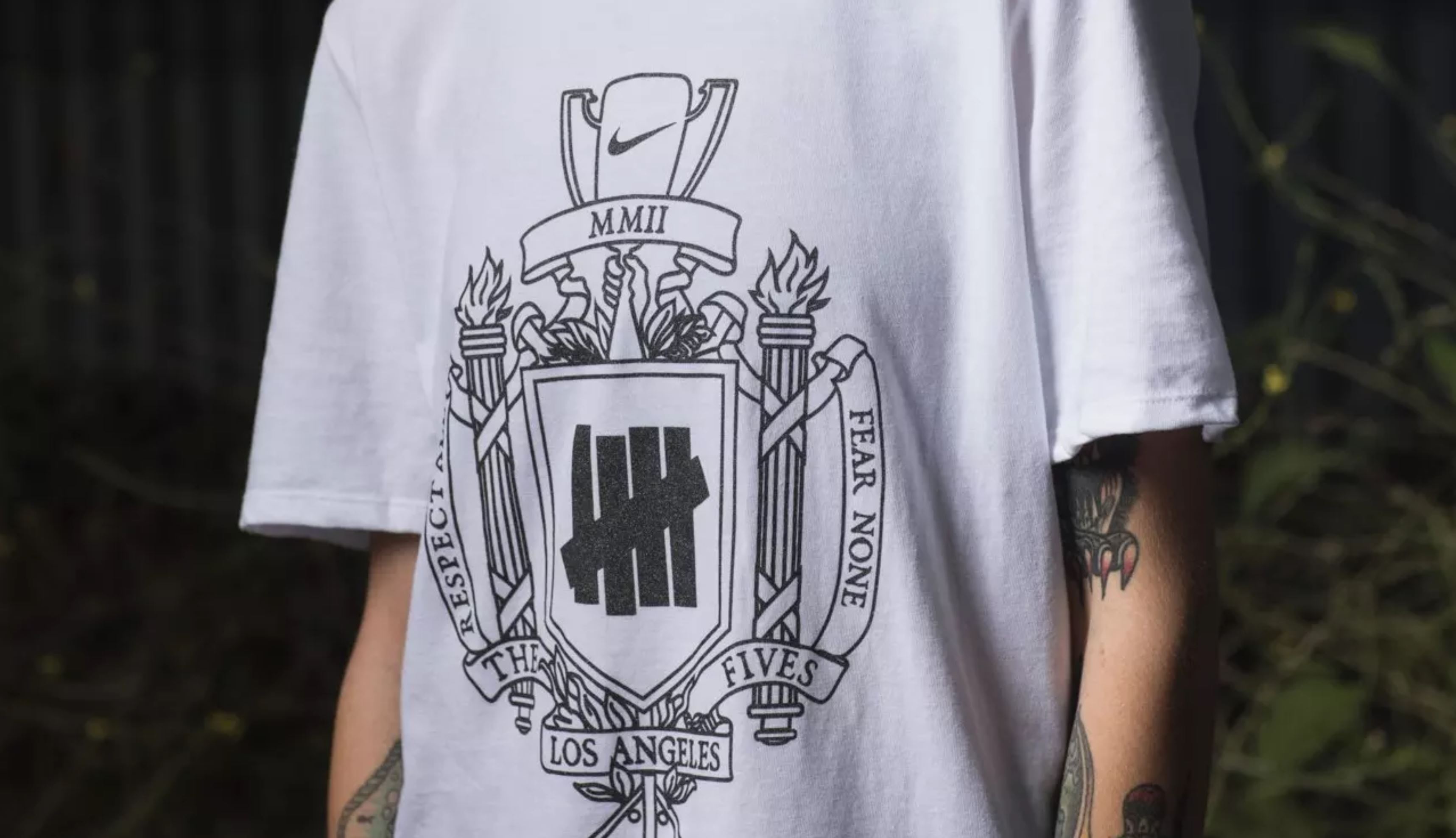 Last week, the U.S. Naval Academy — and hundreds of people on Twitter — demanded that Nike and Undefeated stop using a logo that blatantly copied the academy’s crest. Now, Nike has ditched the offending apparel.

The apparel, which was part of a Nike and Undefeated collection for the World Cup called “The Fives,” will now “no longer be available for purchase,” according to Undefeated. On Saturday, Nike apologized in a statement to CNNMoney.

“We recently were made aware of our logo being included into a design that has been previously used by one of our longstanding partners,” Nike said in a statement. “We have always respected the US Navy and its Academy and have been a longtime supporter of the military. We do not feel it is appropriate to move forward with the collection. We apologize to anyone who was offended.”

Nike did not respond to questions about its involvement in the design process, according to CNNMoney.

The U.S. Naval Academy appreciated Nike’s decision to end its use of the logo. In a statement, the Naval Academy stated that it was pleased with the sportswear company’s decision.

“The Naval Academy appreciates Nike’s announcement to no longer use the UNDEFEATED logo resembling our Naval Academy crest. We are pleased by this decision which is respectful of the Academy, our students and alumni.”

LOGO RIPOFF? Nike and Undefeated released the logo for their new line of apparel, and it looks a lot like the Naval Academy coat of arms. pic.twitter.com/uwgsyisGGY

The similarities of the Nike/UNDEFEATED logo released this week and the USNA Crest are undeniable and we believe their logo is clearly an infringement under trademark law. USNA is working with Navy leadership to order Nike/UNDEFEATED to cease and desist their use of the logo.

The Naval Academy appreciates Nike’s announcement to no longer use the UNDEFEATED logo resembling our Naval Academy crest. We are pleased by this decision which is respectful of the Academy, our students and alumni. #usna #USNavy #nike #midshipmen #gonavymids