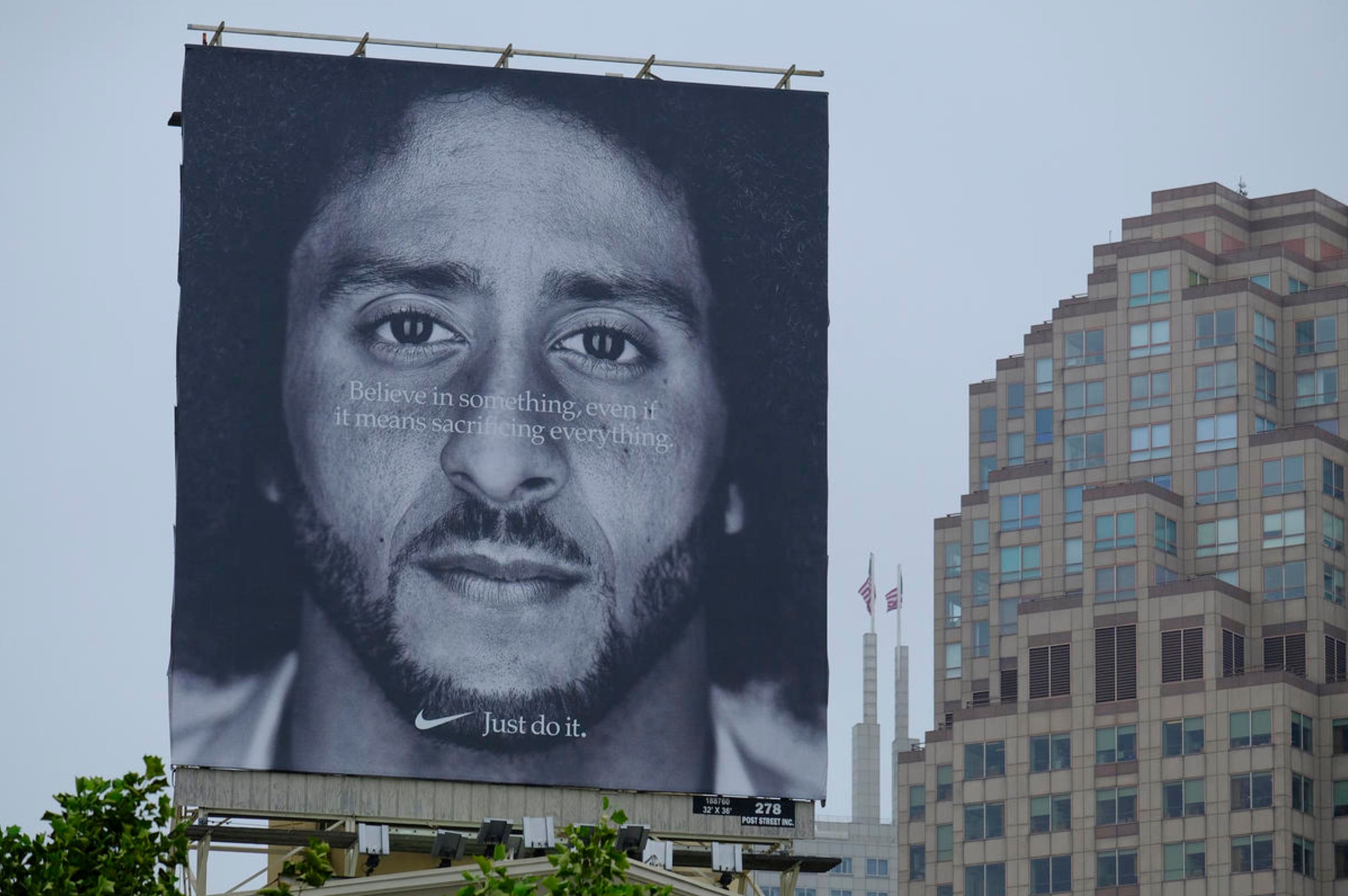 In the summer of 2017, executives at Nike’s Beaverton, Oregon, headquarters were debating whether to keep controversial quarterback Colin Kaepernick or cut him loose — and the company nearly did, according to sources that spoke with the New York Times.

When Kaepernick decided to take a knee to protest police brutality and the police killings of African Americans in 2016, he did so after speaking with U.S. Army Special Forces veteran Nate Boyer, who urged him not to sit. By kneeling, Kaepernick would honor the way soldiers take a knee in front of a fallen brother’s grave, a sign of respect.

The protest sent waves of frustration through the public and the NFL, and when Kaepernick left the 49ers after the 2016 season to become a free agent not one team signed him; executives throughout the league considered him to be untouchable because of his on-field protests, according to the New York Times, and President Trump had vocally criticized the then-unemployed quarterback’s motives.

That split Nike’s sports marketing group, which believed there was little it could do with a professional football player that was not only not playing football but drawing the ire of many executives in the league.

It was actually Nike’s longtime advertising firm and its top communications executive that urged the company not to cut ties with Kaepernick but instead keep him on Nike’s roster (although he was ignored for over a year) and get behind his movement — after all, putting Kaepernick in Nike’s “Just Do It” 30th anniversary campaign was a good business decision, according to sources that spoke with the New York Times on condition of anonymity.

It is clear now that Nike’s decision, made with dollar signs in mind, has paid off. On Tuesday, Nike CEO Mark Parker told Wall Street analysts that the campaign had drawn “record engagement with the brand.” “We feel actually very good and are very proud of the work we’ve been doing,” Parker said in an earnings call. “We know it’s resonated actually quite strongly with consumers.” Last week, Nike stock closed at an all-time high of over $85 per share.

The campaign also garnered Nike a lot of social capital and goodwill at a time when it needed it. This year, Nike has dealt with reports from the Wall Street Journal and the New York Times detailing one of the worst scandals in its history; women at Nike have come forward saying the company created a hostile “boy’s club” work environment that disparaged women. The company has lost over 11 executives to the scandal already.

In August, two women, ex-Nike employees, hit Nike with a lawsuit that alleged “intentional and willful discrimination” in pay. Shortly thereafter, three Nike shareholders filed a lawsuit alleging that Nike’s board of directors — and co-founder Phil Knight — didn’t do enough to address complaints about “bullying, sexual harassment, and gender discrimination” against female employees.

To read Julie Creswell, Kevin Draper, and Sapna Maheshwari’s full reporting on this story head to the New York Times.