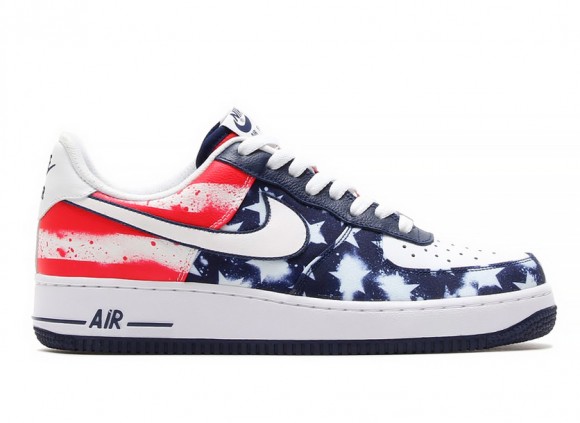 We’ve all been waiting for it and here they come; a slew of Independence Day themed Nike colorways will be here for “white people’s Independence Day” (-Chris Rock). Nike has started off predictably with the Air Force 1 Low. This street-art-like stars and stripes colorway features blue leather on the eyestay while white leather chills on the swoosh, toebox, and heel patch. The red stripes back panel is leather, but the stars midpanel and toecap are denim. The shoe sits on a dark navy/black outsole. Not much to this release really; they’ll be available before July 4 alongside other Independence Day colorways that are to be announced. By the way, these are available now at Tokyo’s Kinetics for $100 USD. What do you think of this Independence Day colorway? Does it stand up to past years? Let us know in the comments below. 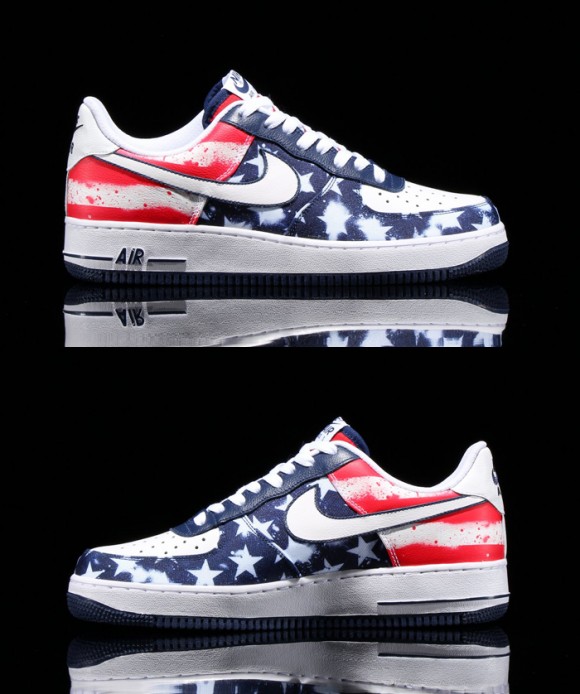 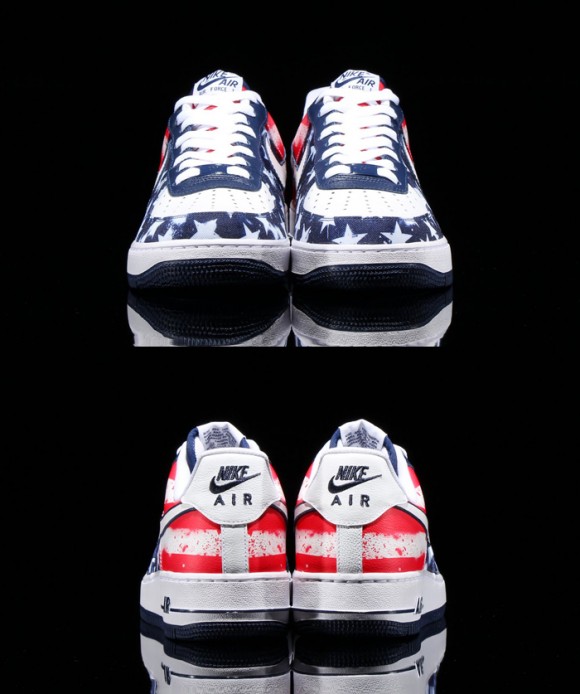