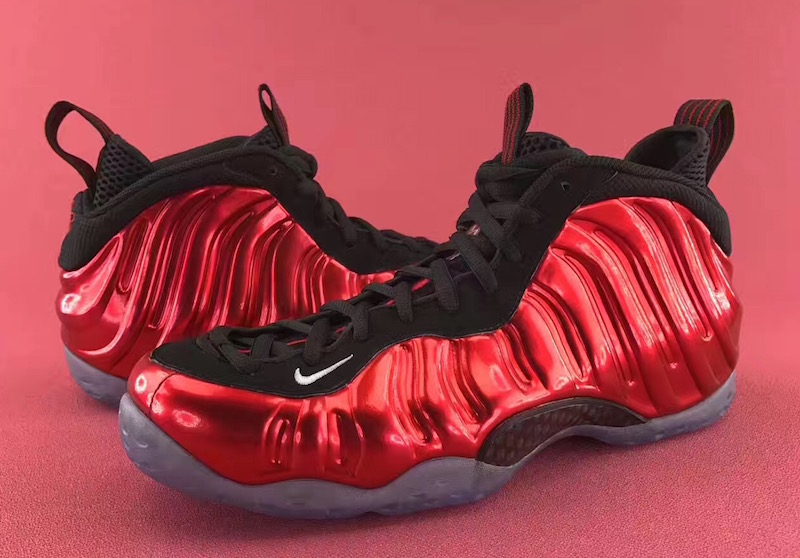 In case you missed the re-release last week after this colorway sold out, you can find the shoe at YCMC now.

The shoe is pretty much identical to the original 2012 release – with a shiny upper combining with the black nubuck and white swoosh across the shoe. The only real difference is a slightly blue outsole, which contrasts the clearer sole on the 2012 version.

Click HERE to pick up the Nike Air Foamposite One ‘Metallic Red’ for $230 now.