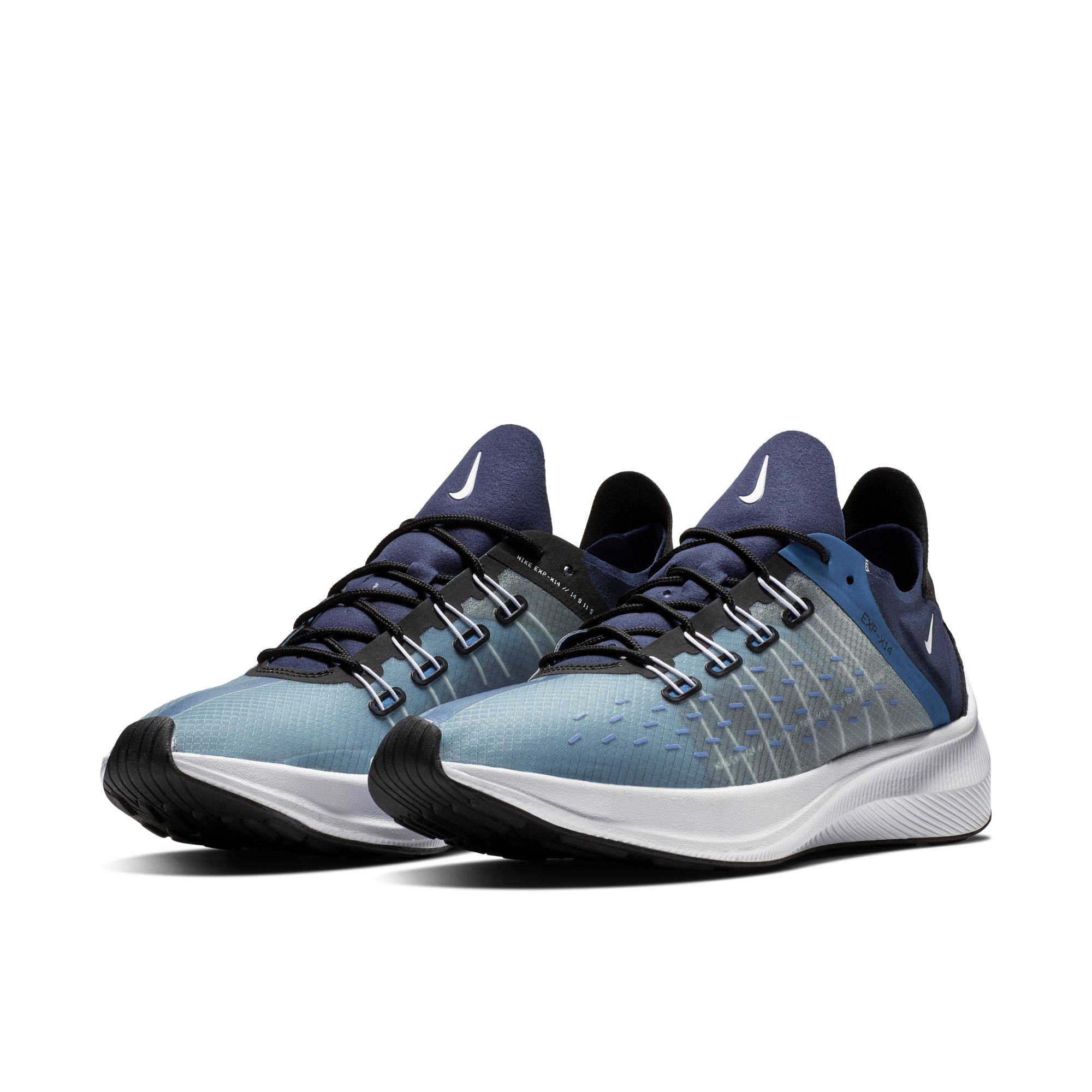 Overseas leaker US11 has given us a look at two new colorways of the latest Nike Sportswear model that was unveiled just yesterday, the Nike EXP-X14.

The Nike EXP-X14 is a new casual wear runner that takes cues from many of the brand’s performance running models like the Zoom Vaporfly 4% and the Air Zoom Pegasus 35. The shoe is also a remake of the late ’90s – early ’00s Nike Zoom Drive.

The two upcoming colorways that have surfaced sport predominantly blue and white uppers, respectively. The blue pair mixes shades of blues ranging from obsidian to a sea blue while the white pair features several tones of grey. The images below also give us a first look at the shoe from all angles, so we are able to see the heel, outsole, and toe-down point of view.

The name of the new shoe breaks down as follows: the “EXP” is short for “experiment” because, according to the Swoosh, this is how designers adapted performance features into this Nike Sportswear model. The “X14” is representative of the internal codename for React foam, which makes up the midsole of the EXP-X14. 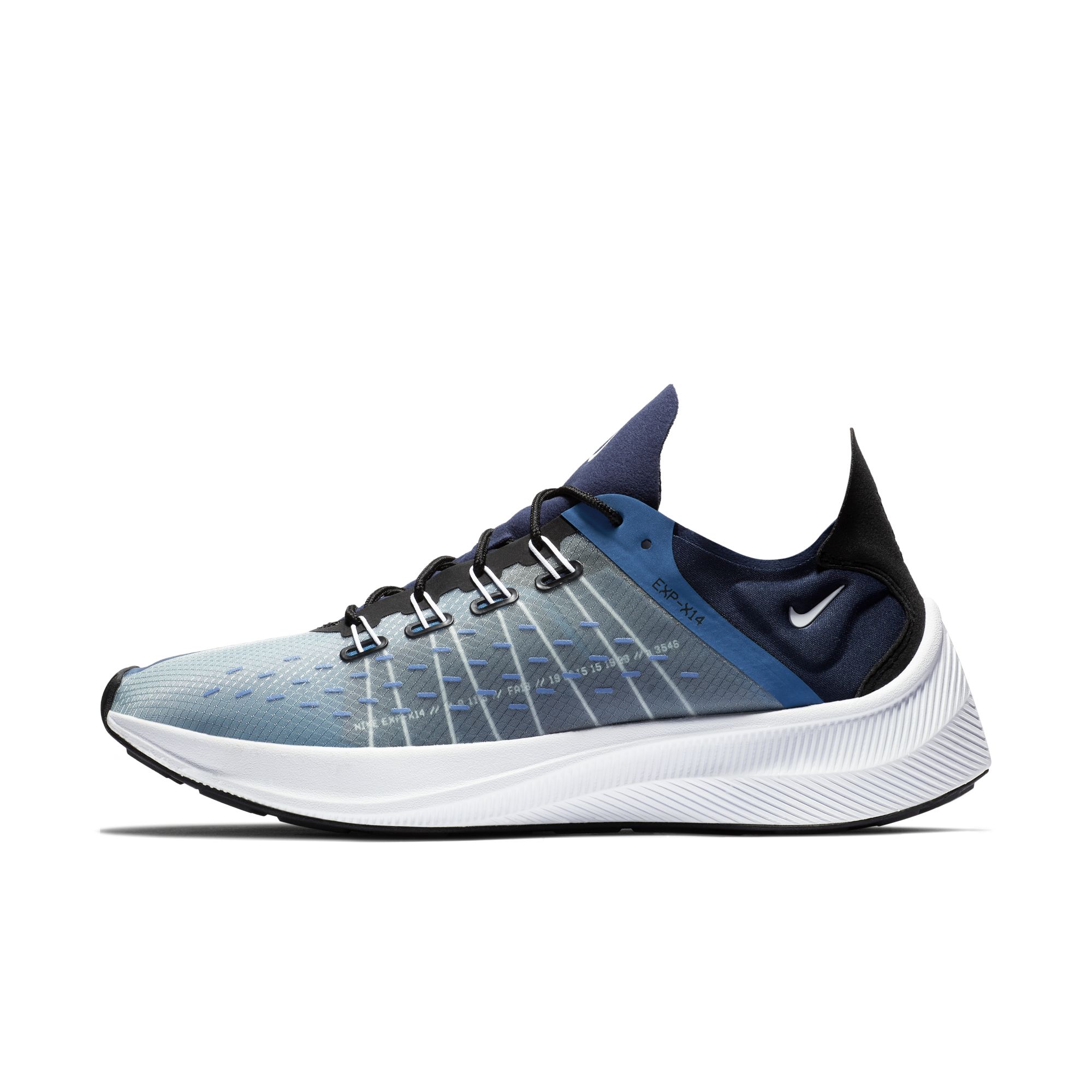 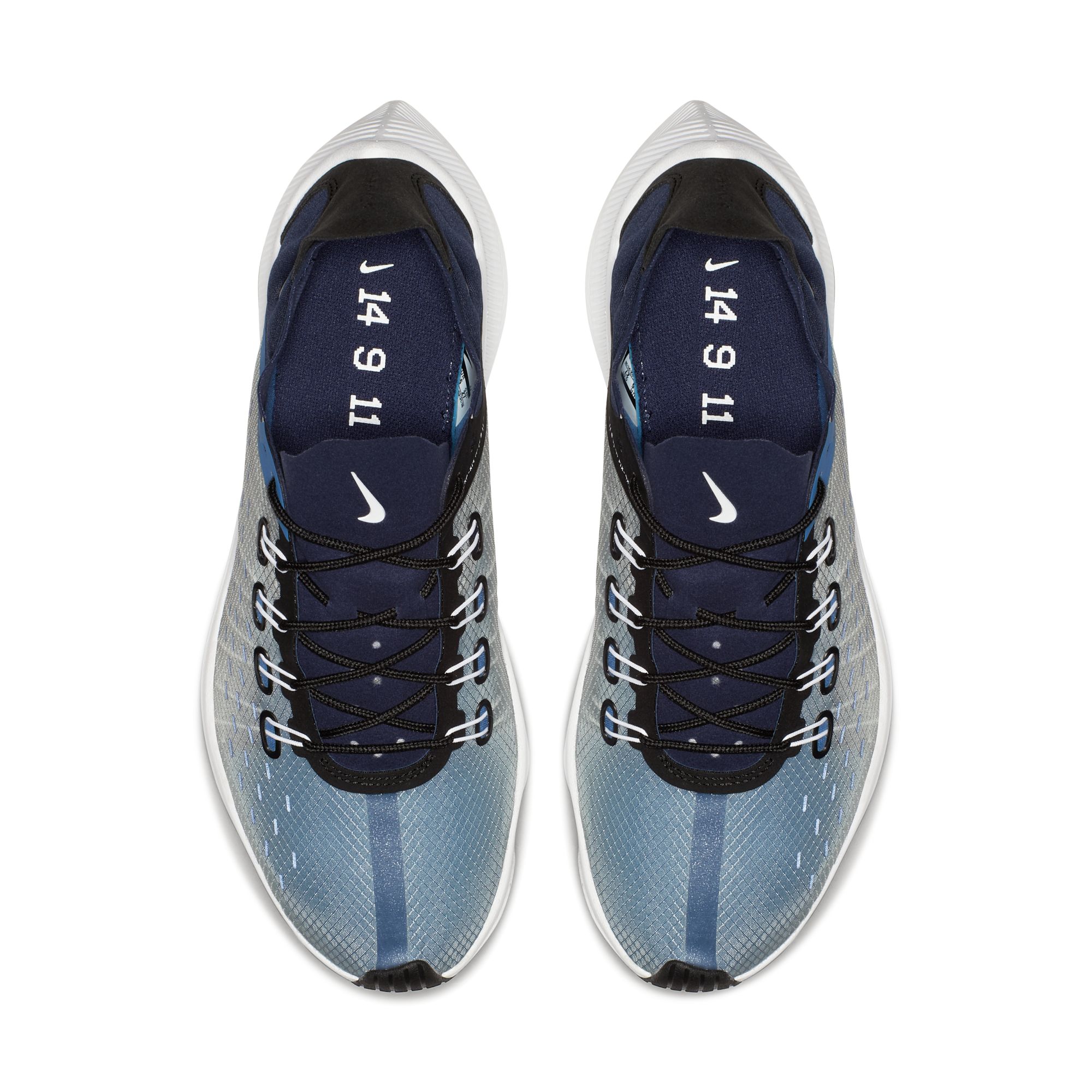 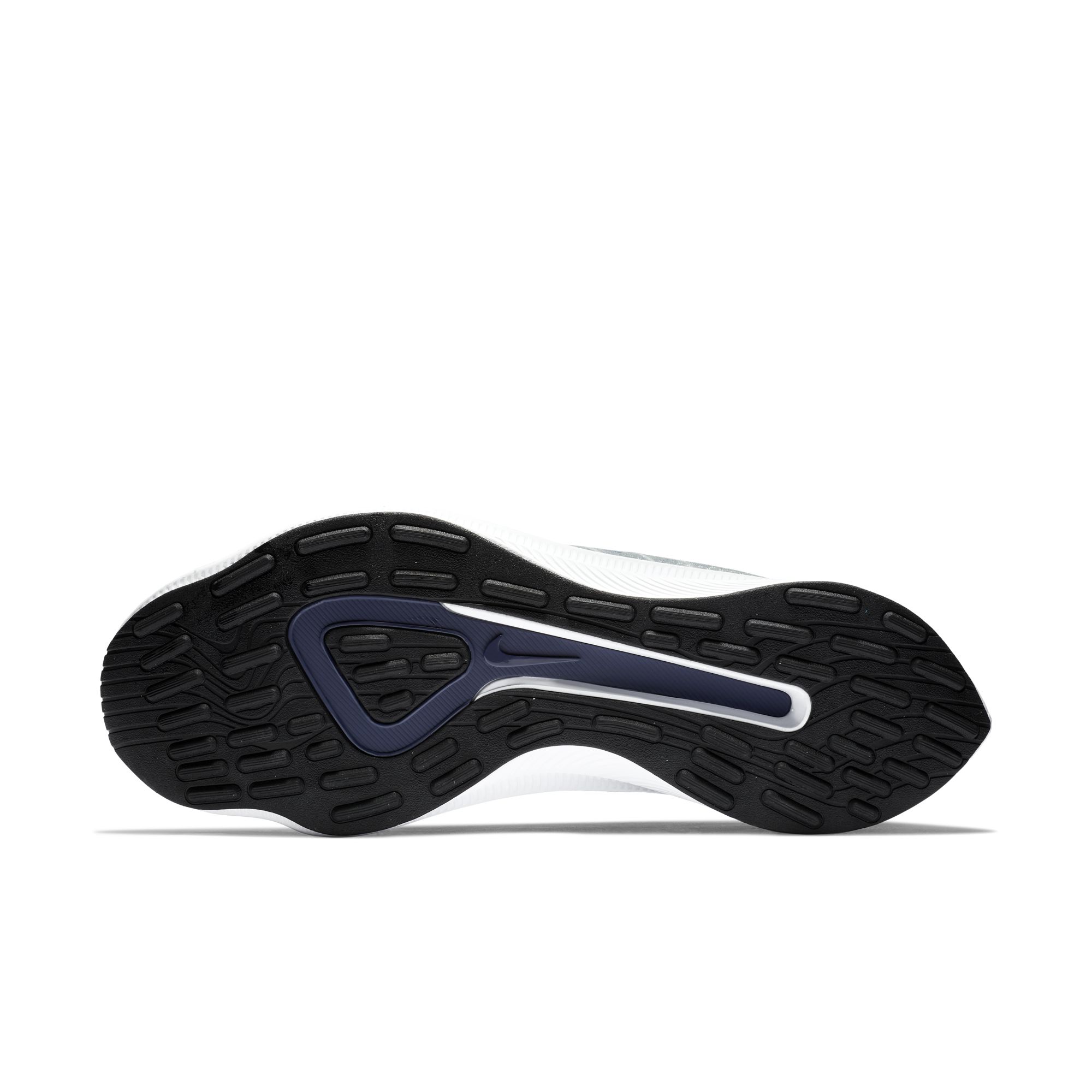 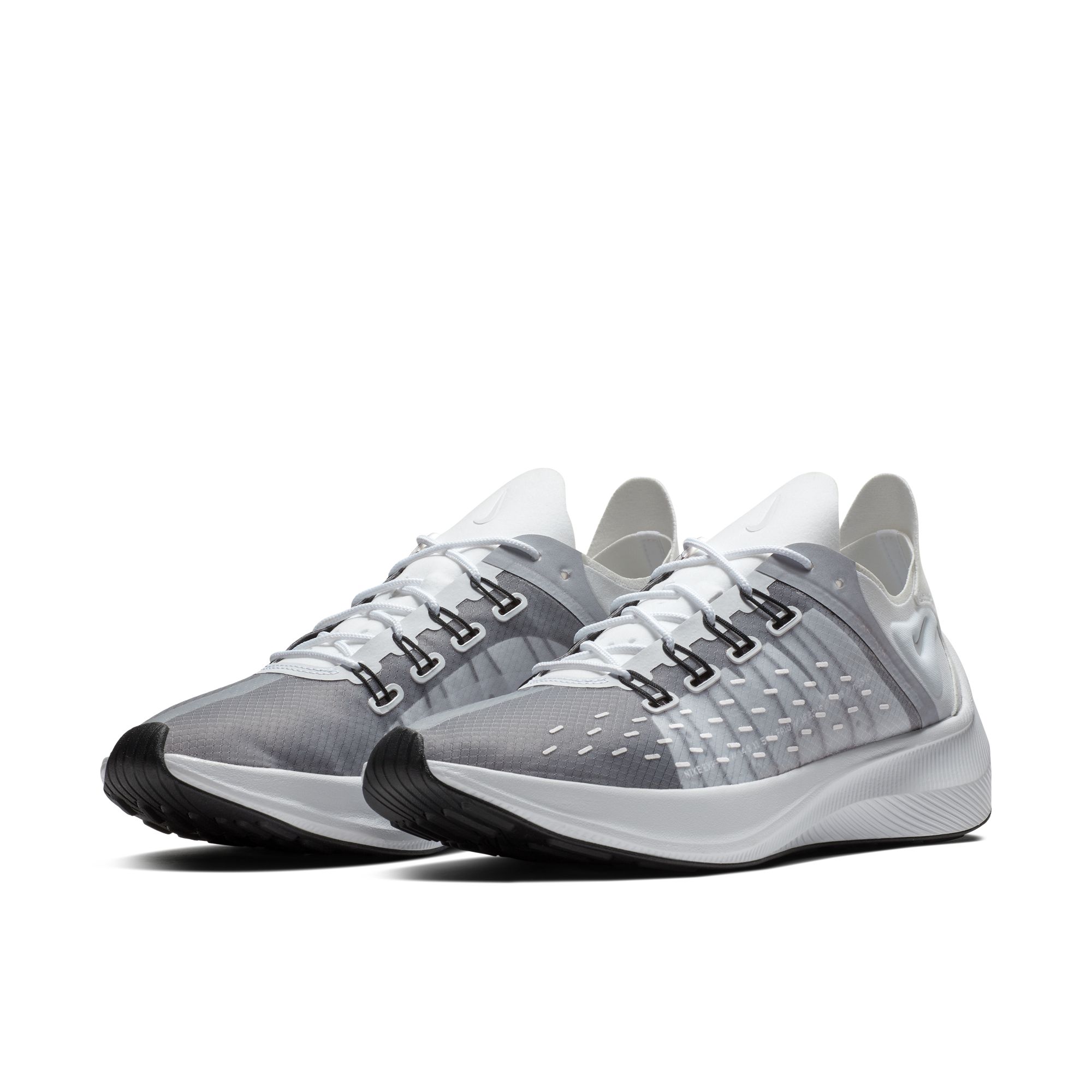 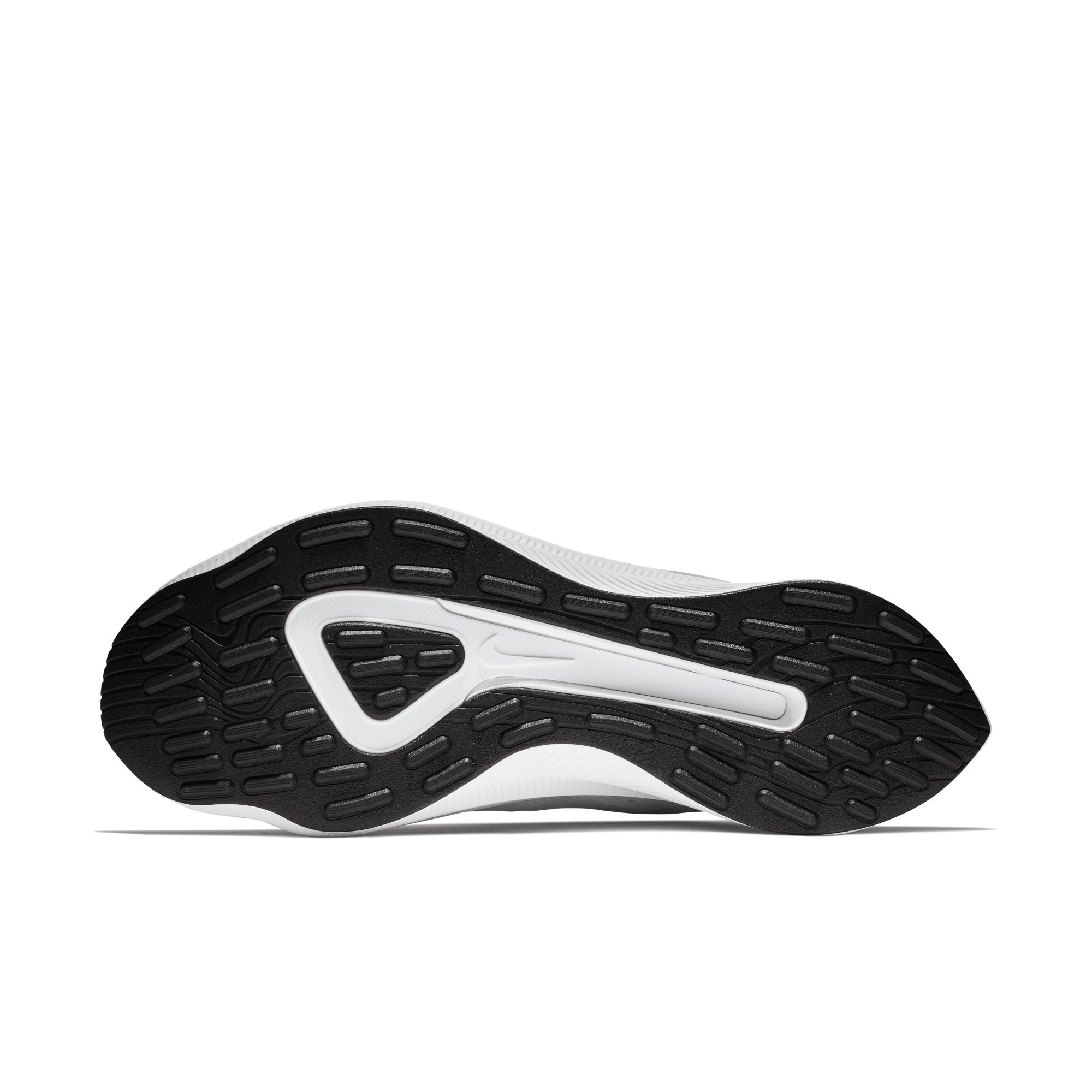