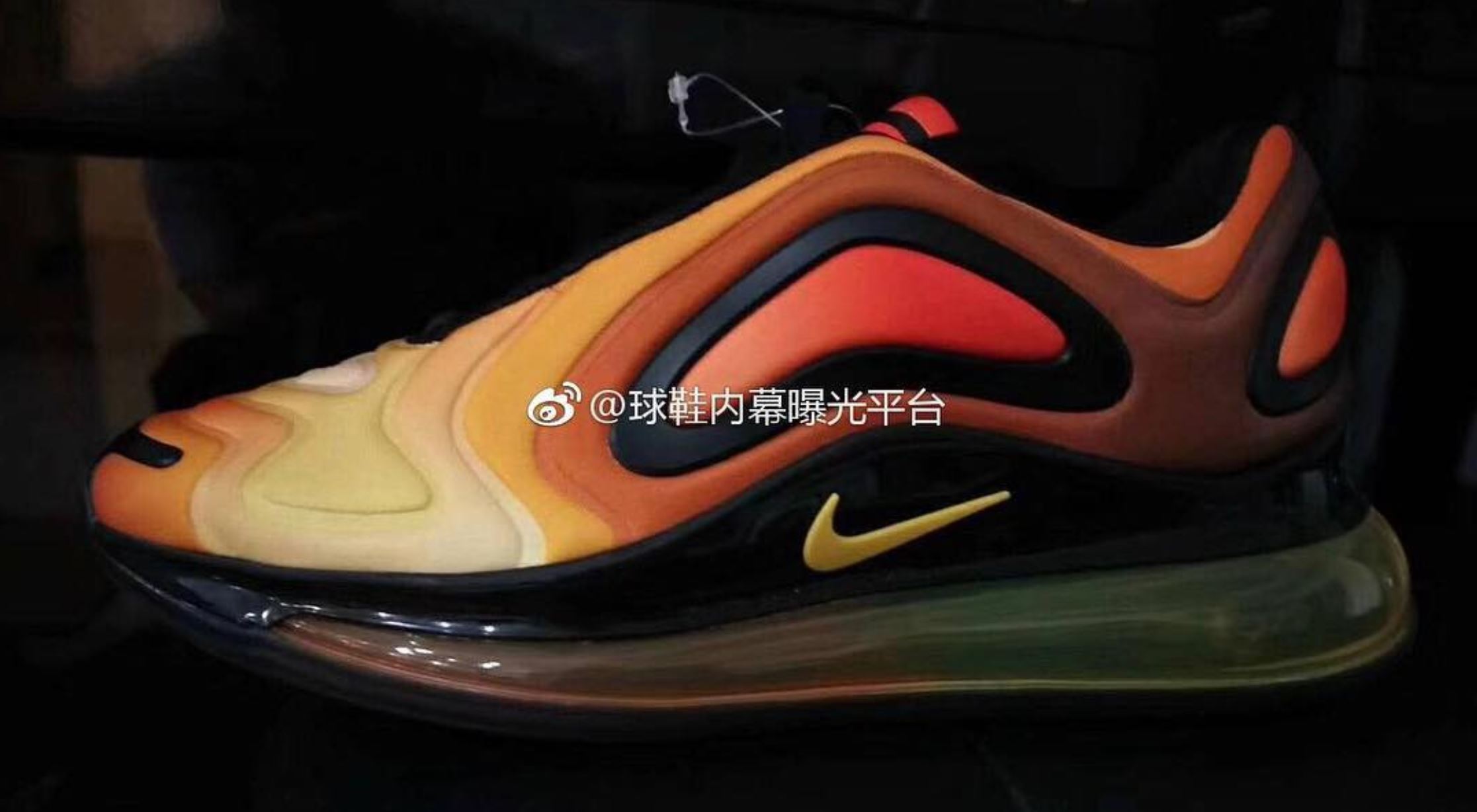 In late-July, we reported on several leaks of the Air Max 720, Nike’s next large-volume Air Max sneaker. It had previously leaked in a dark iridescent colorway but now it’s leaked in a much brighter look.

Initially, the Air Max 720 was teased by sneaker blogs and then, nearly immediately, leaked by @bubblekoppe — Instagram’s Air Max addict. A few different builds of the Air Max 720 have been spotted already including the neoprene-like build used on the model pictured here as well as an engineered mesh build seen in July.

Interestingly, the full-length Air Max 720 Air unit goes from green to red on this bright colorway, which itself transitions from yellow at the toe to a deep red at the heel. The midsole appears to rise high up at the lateral side to aid in lateral stability and allow wearers to sit within the midsole. However, it is likely that this upcoming Air Max will be for casual use only.

There is still no official word yet on when the Air Max 720 will debut but we’ll keep you updated. For now, let us know which colorway you prefer so far.