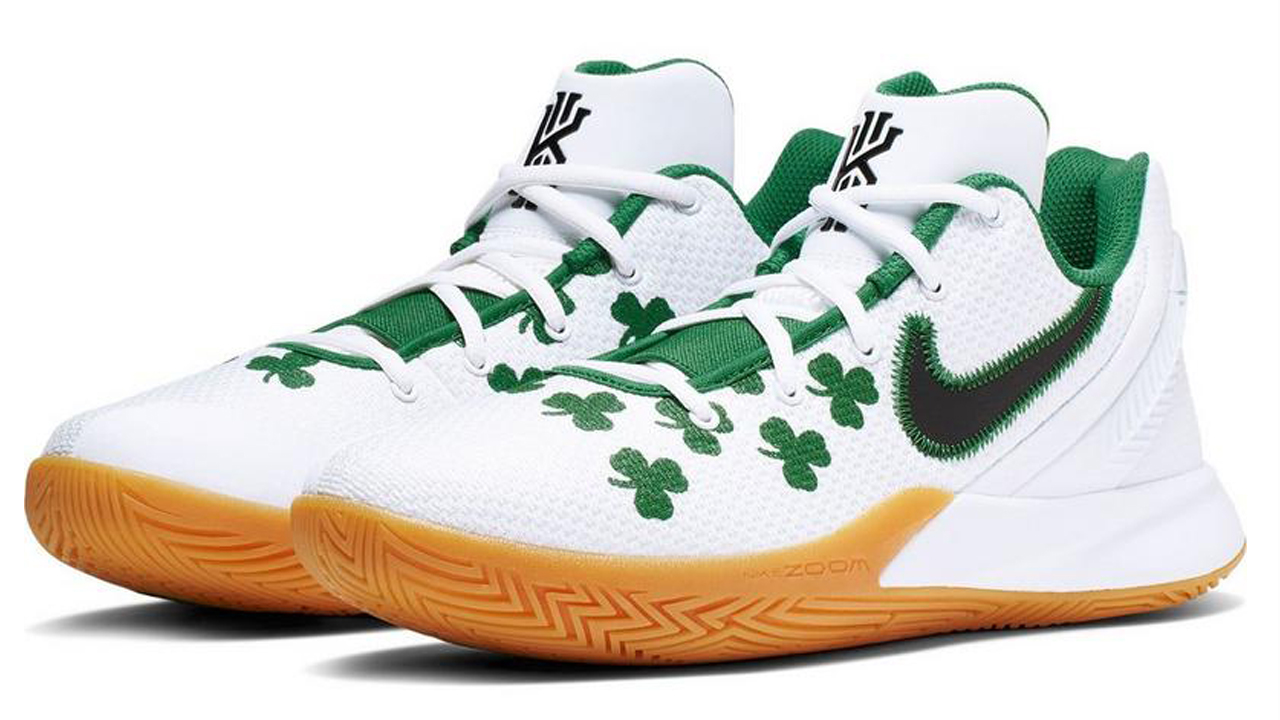 Surprisingly, this is one of the cleaner looks to be featured on the Men’s version of the Nike Kyrie Flytrap 2. Kid’s versions have been featured in a number of awesome colorways, but Men’s colorways have been limited — until now.

With it’s white build and Gum rubber outsole, they could have stopped there. However, Nike Basketball went a step further adding Celtics green accents along with three leaf clovers embroidered onto the textile build.

The Nike Kyrie Flytrap 2 was a pretty solid performer on-court. You can see more performance information within our performance review.

If you’re interested in checking out the Nike Kyrie Flytrap 2 in the Celtics Pride colorway you can find them available now at Hibbett Sports for $80. 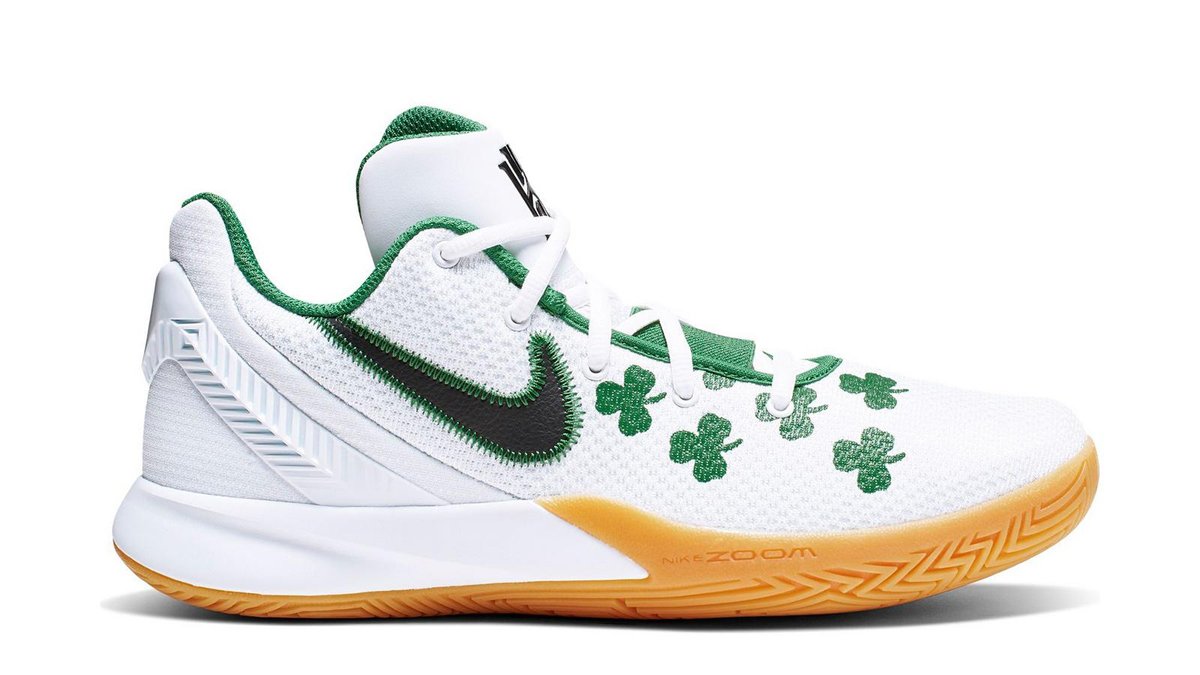 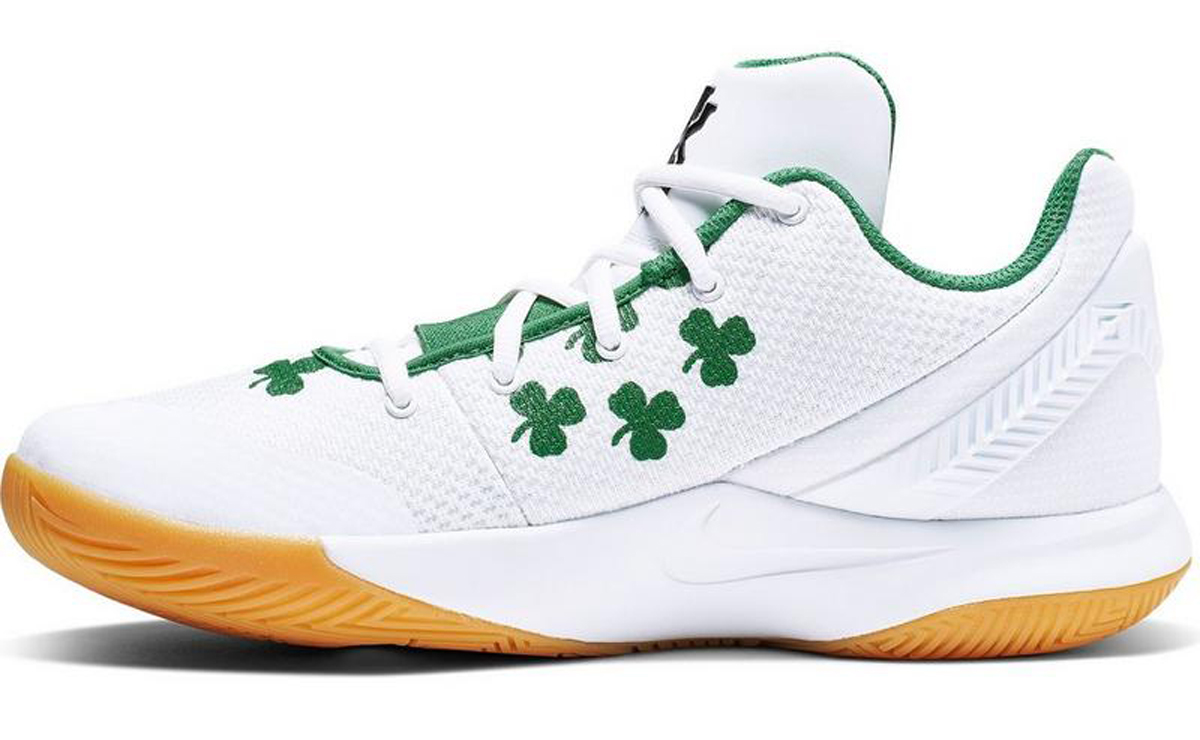 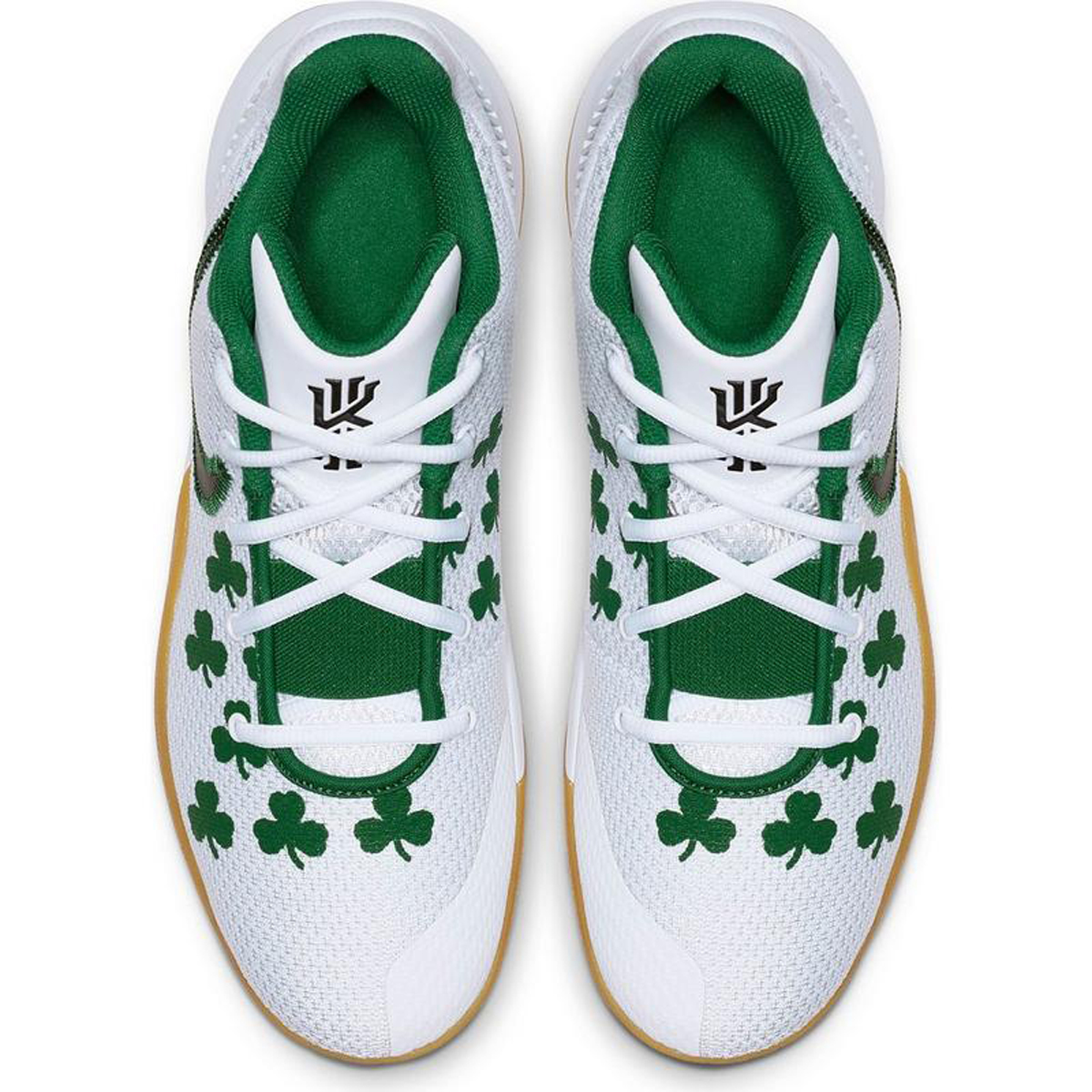 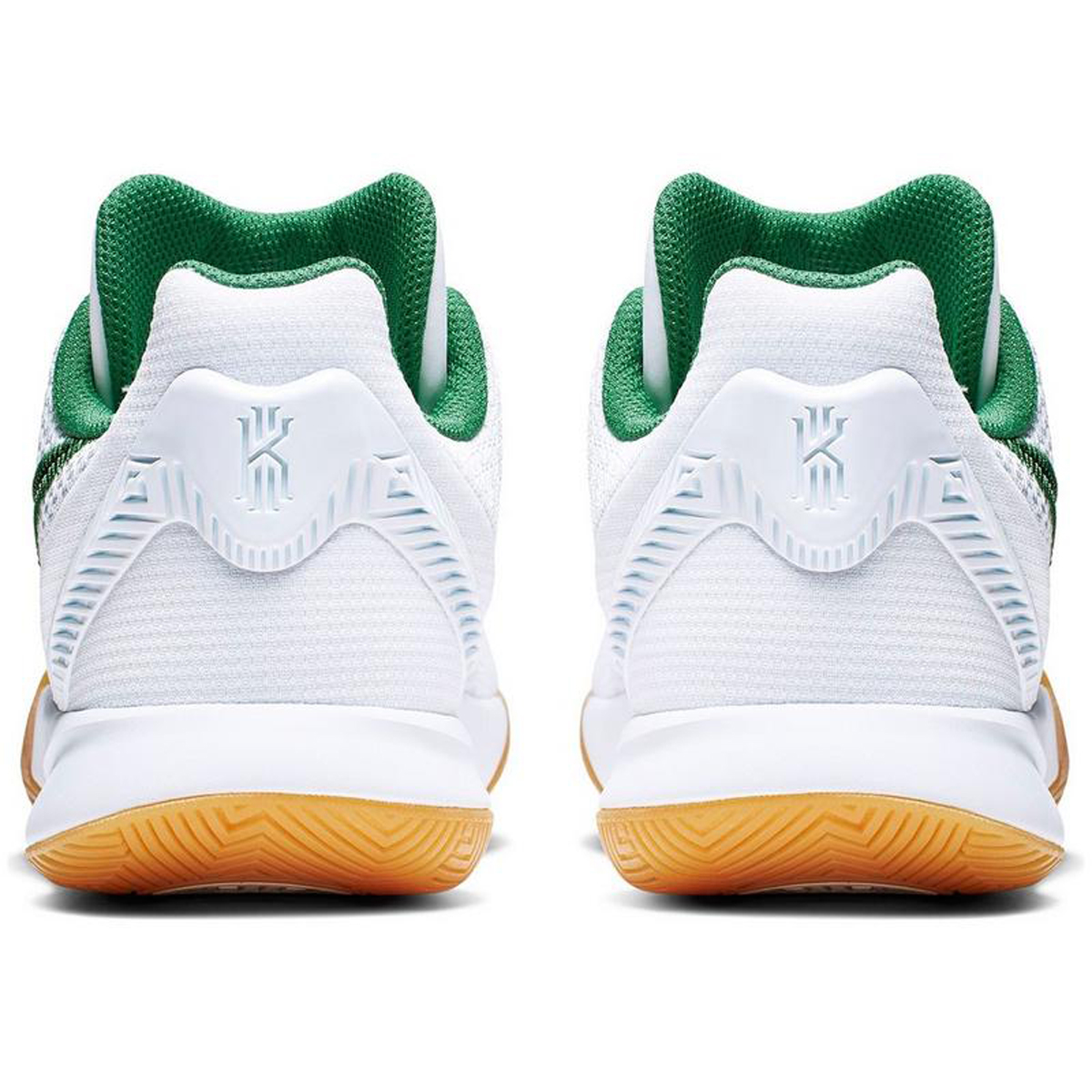 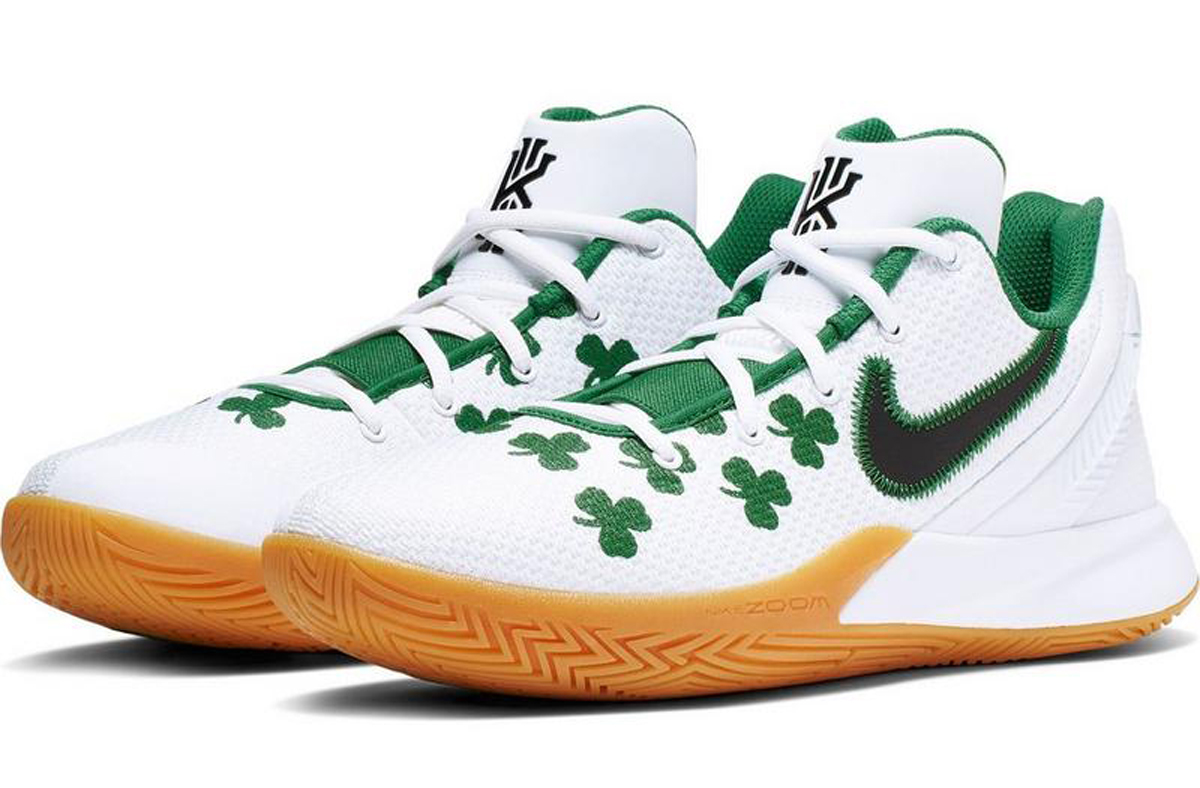