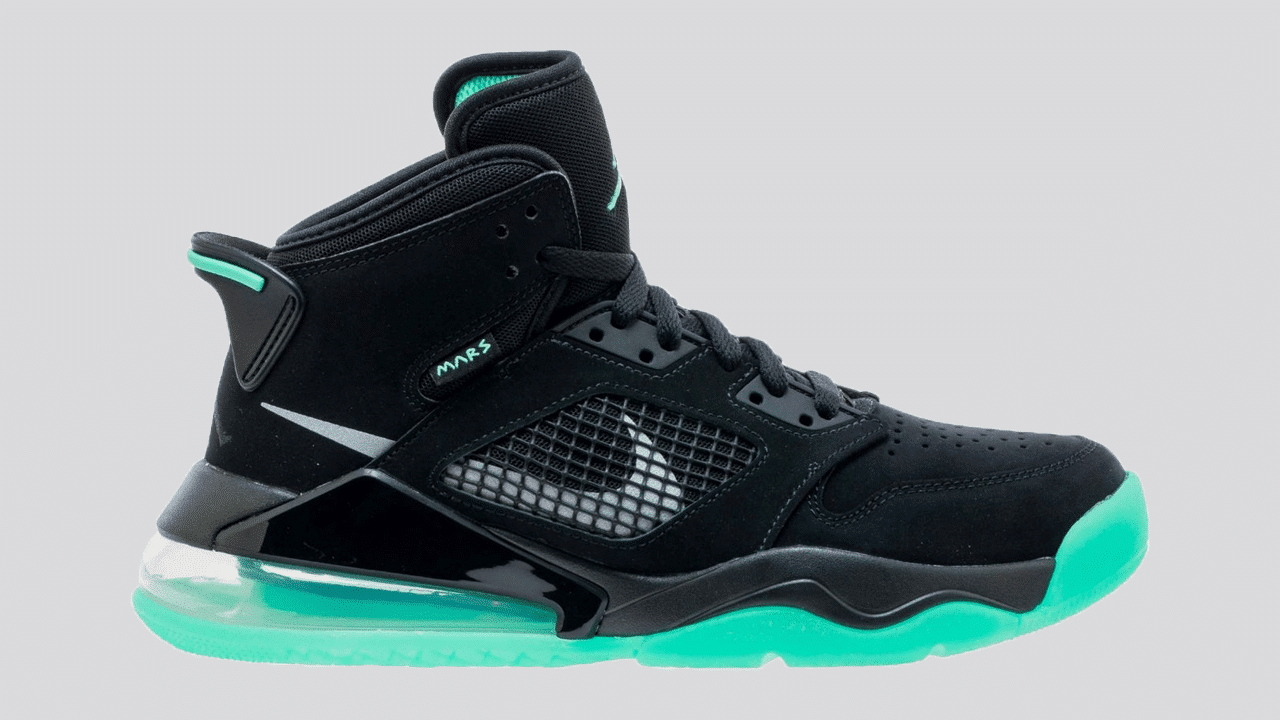 As one of the first colorways releasing for the Jordan Mars 270, we have a look at what it might look like when it releases in July.

Over the past few weeks, WearTesters has been reporting on Jordan Brand’s newest hybrid sneaker, the Mars 270. Taking cues from some of the most recognizable Air Jordan’s in the line, the Mars 270 has some features of the AJ1, 4, 5 and 6 while also having an Air Max 270 unit in the heel.

Recently, we saw a colorway that looked very similar to the ‘White/Infrared’ and ‘Black/Infrared’ Air Jordan 6 with a release date. Included in that release date post was the fact that multiple colorways were slated to release on July 1 and we finally have a look at the ‘Black/Silver/Green Glow’ colorway.

The upper looks to be nubuck with a mesh tongue. There are hits of ‘Green Glow’ all over the sneaker from the heel pull tab to the Air unit and outsole. Keep in mind that the image below is the grade school version so the men’s version will differ slightly.

That said, the Jordan Mars 270 ‘Black/Silver/Green Glow’ will release on July 1 at retailers such as Eastbay. There is no confirmed price as of now, but keep it locked to WearTesters for any updates.

If you’ve seen other colorways of the Jordan Mars 270, what do you think? Will you be copping them or waiting for them to arrive at outlets? Let us know what you think in the comment section below. 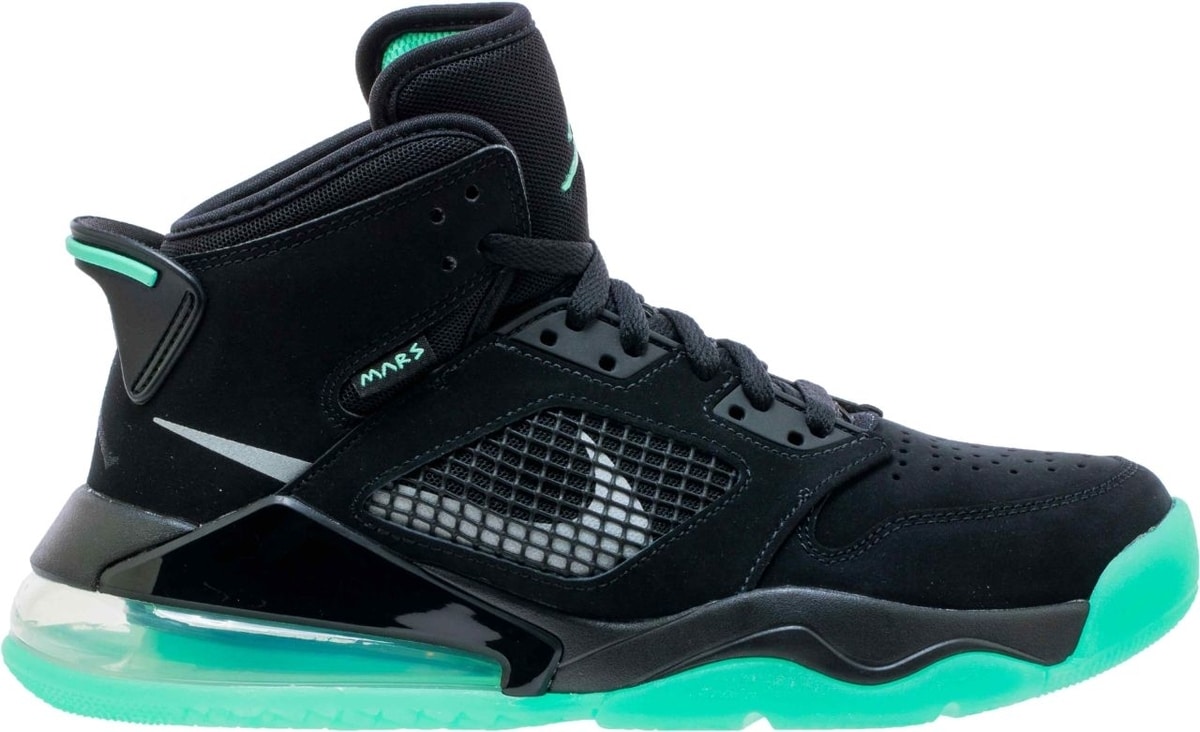