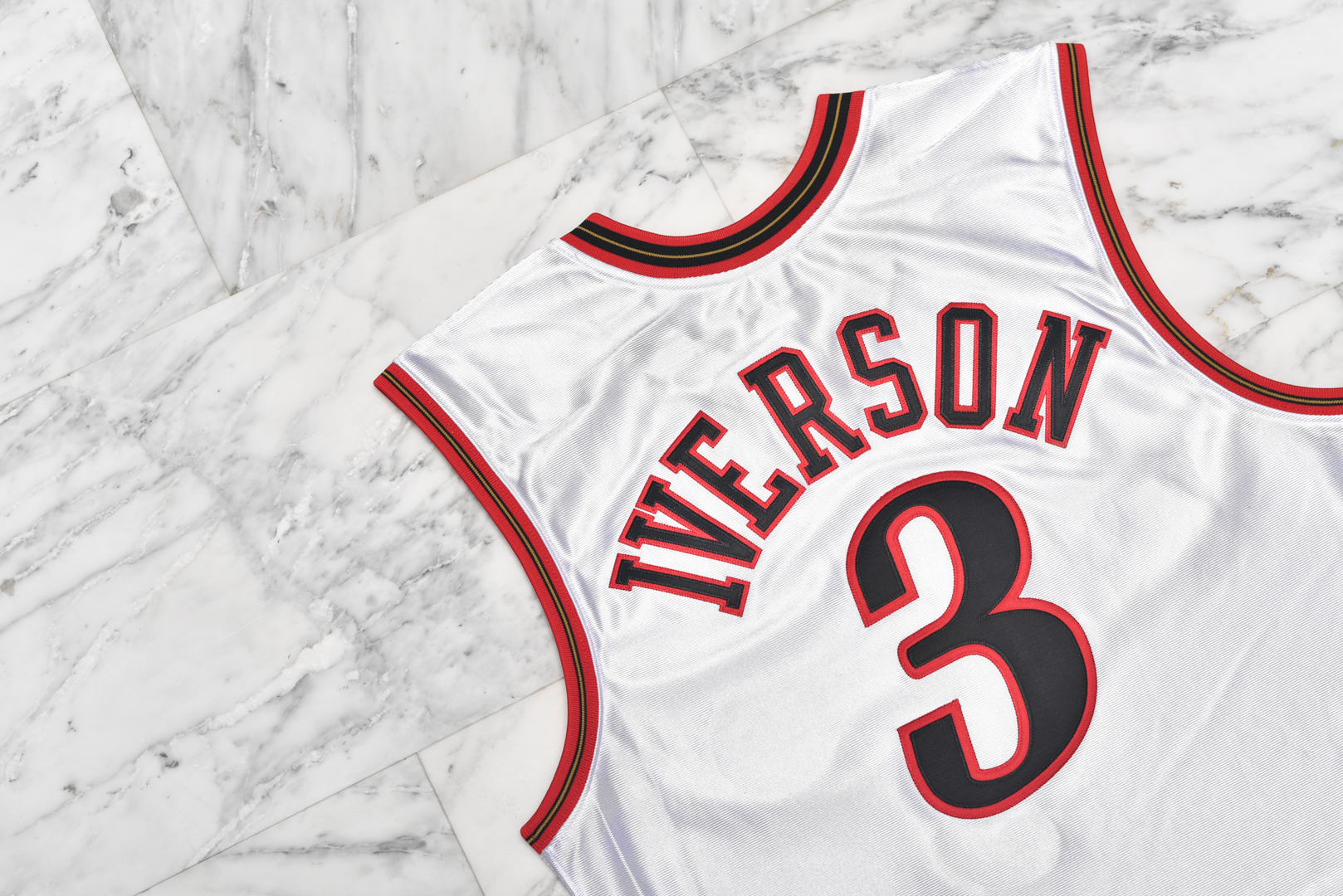 Mitchell & Ness is famous for bringing back classic pieces for folks that want to spend top dollar on sports memorabilia. After 15 years, Allen Iverson’s 2001 All Star Game jersey is back.

The jersey will be available exclusively through Lapstone & Hammer. While no price is listed, it’s safe to assume it’ll be pricey. Here’s the Lapstone & Hammer presser that details the release party — DJ Clark Kent will be spinning. 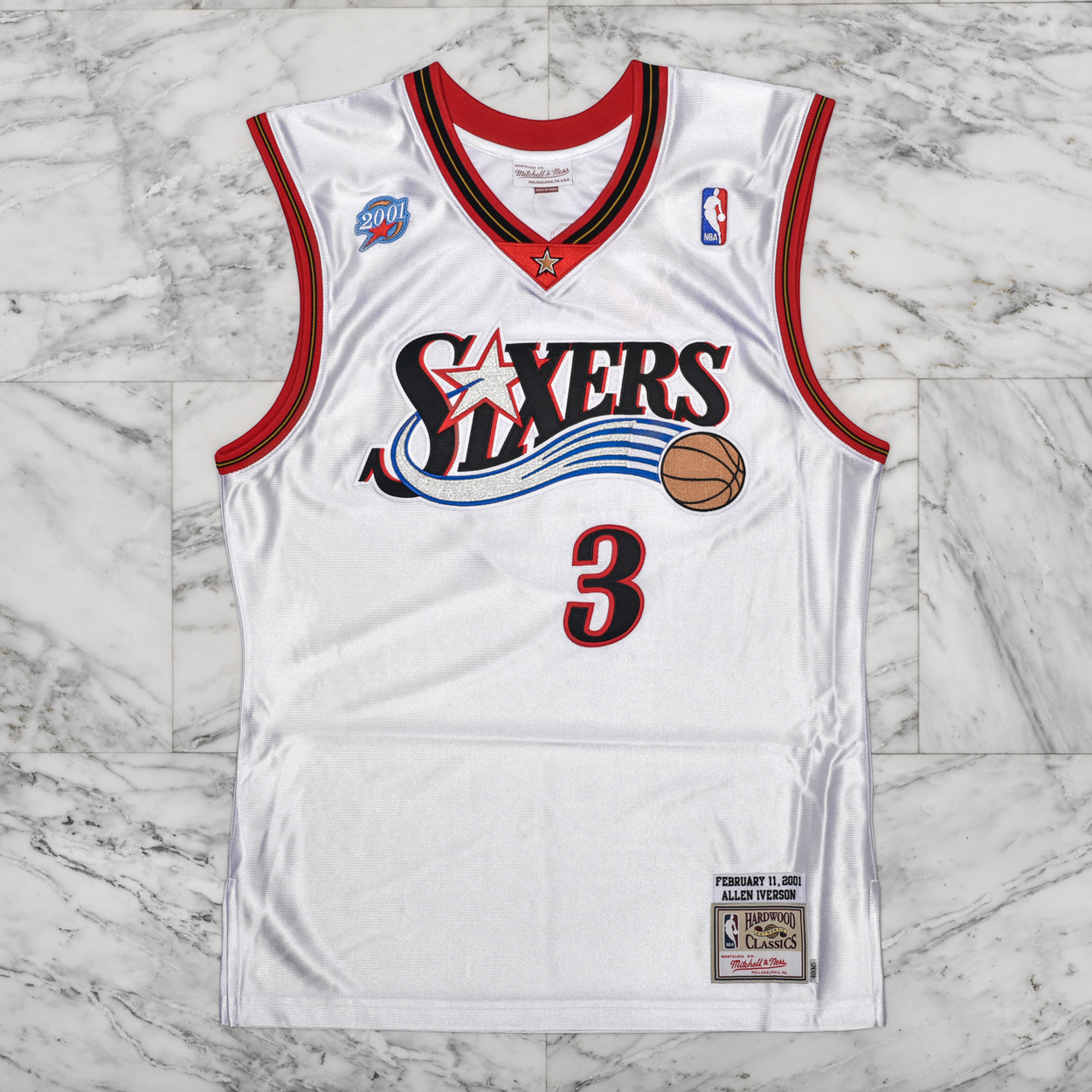 Philadelphia 76ers legend Allen Iverson is one of the greatest and most exciting players to ever step onto an NBA court. From his never-say-die attitude to his breathtaking ball-handling maneuvers to his iconoclastic fashion sense, AI’s influence was felt not only throughout the NBA, but permeated the farthest reaches of popular culture. On Friday, June 24, Lapstone & Hammer are thrilled to host the 2016 NBA Hall of Famer at a celebration for our exclusive release of the Allen Iverson 2001 All Star Game Mitchell & Ness Jersey.

In addition to celebrating the jersey release, the event will also commemorate the remarkable Hall of Fame career of Allen Iverson with other exclusive merchandise like hats and tees. Joining AI in the building will be hip hop legend and sneaker aficionado, DJ Clark Kent, who will rock the turntables and keep everybody moving. The only way to gain entry into this exclusive event is to purchase one of the first 100 jerseys that will be available in-store and on lapstoneandhammer.com beginning Wednesday, June 22 at 10:00am.

The Allen Iverson 2001 All Star Game Mitchell & Ness Jersey is an exact reproduction of the jersey AI wore when he won the 2001 All Star Game MVP award by leading the East on a furious fourth quarter comeback to claim a 111-110 victory over the West. The jersey includes an embroidered 2001 All Star logo patch on the right shoulder and a Hardwood Classics hem tag printed with game’s date, February 11, 2001. Lapstone & Hammer will be the only destination where this jersey will be available for purchase. 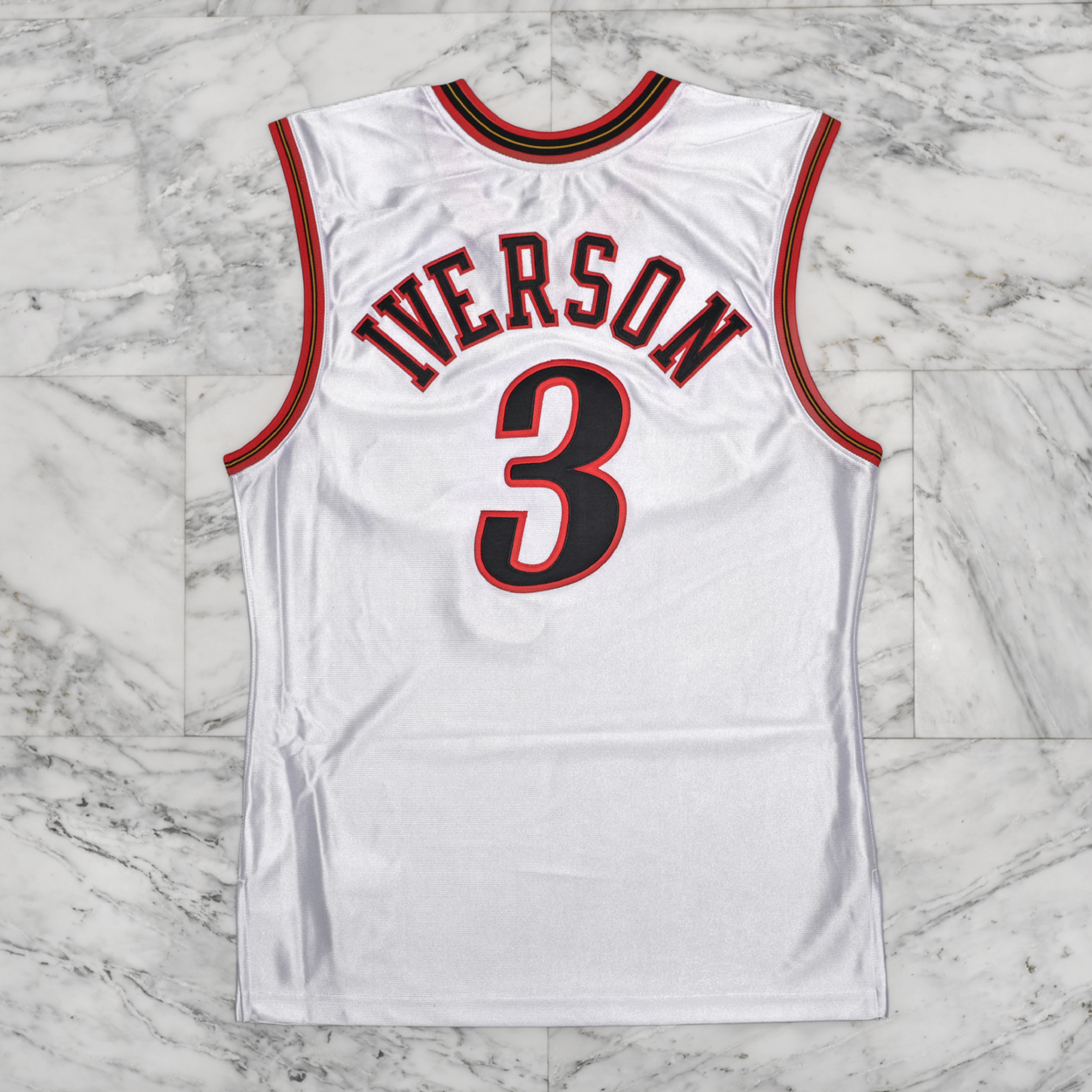 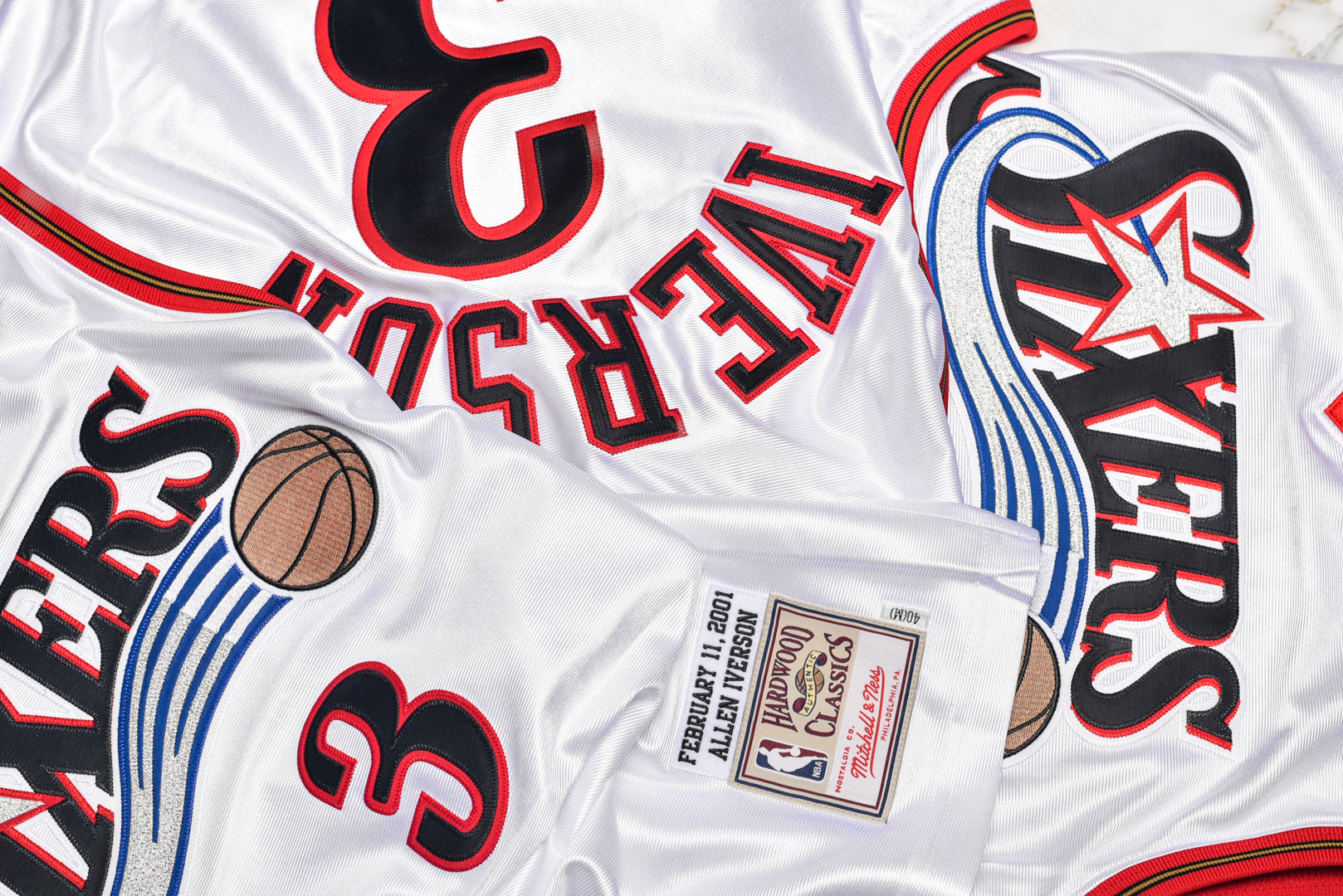 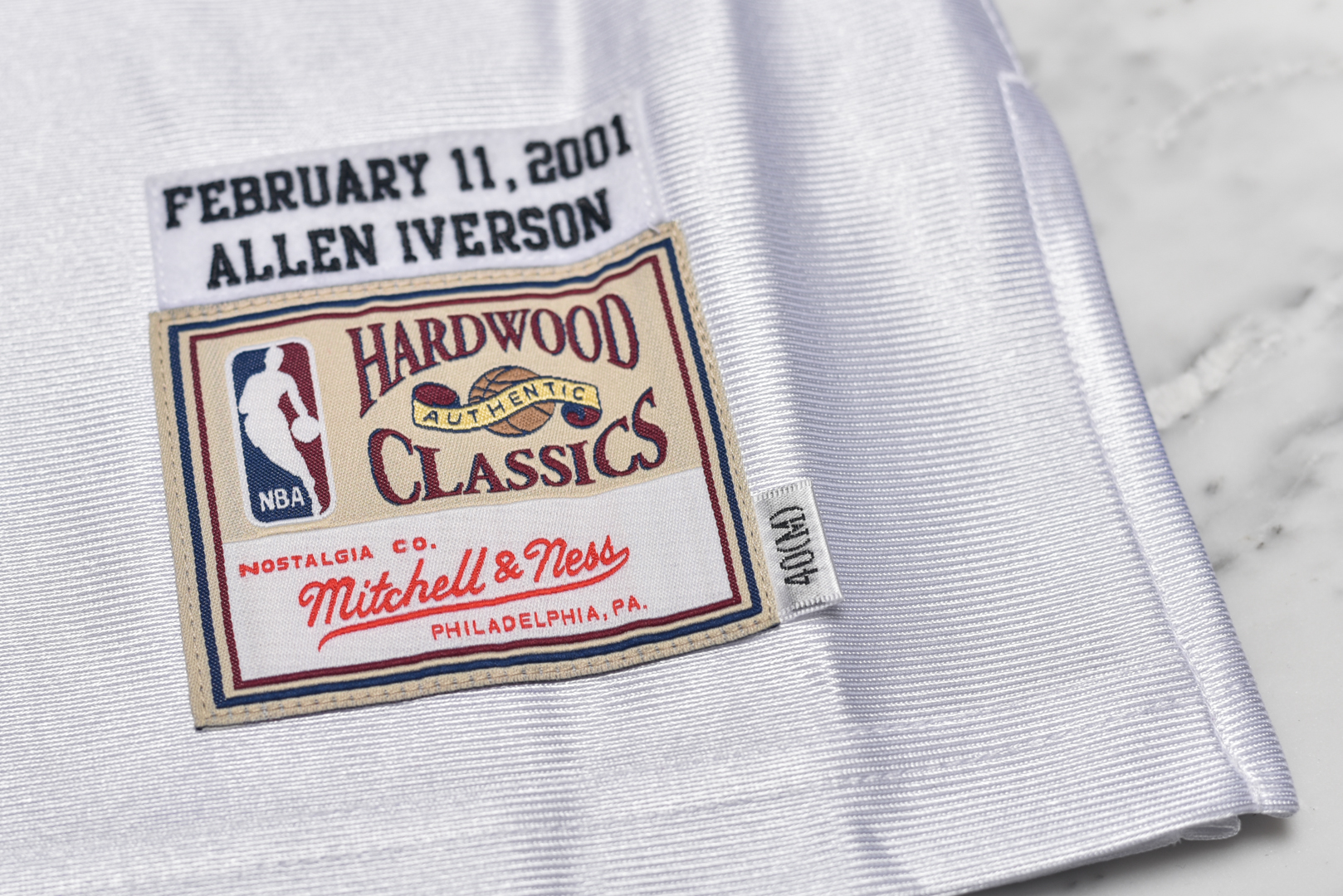