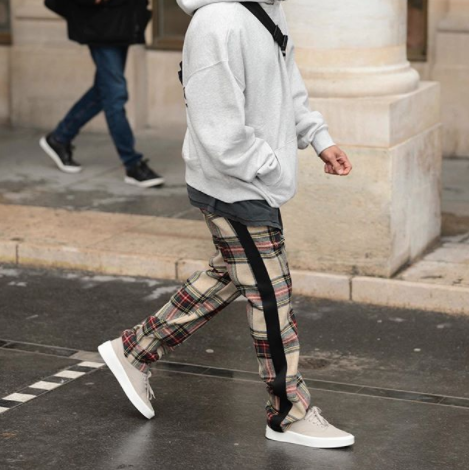 Mr. Lorenzo felt like flexin ‘at this year’s Paris Fashion Week with his Fear of God 101 Low sneaker.

The lights were bright and the cameras were rolling as brands, designers, fans, and celebs fled to Paris for Fashion Week. Fur overcoats, wild accessories, and vibrant styles were in full effect as we got a glimpse of what brands have in store for their A/W 18 collections.

Fear of God founder and designer Jerry Lorenzo, was one of the many designers in attendance, and it looks like he decided to offer the world a first look at his upcoming sneaker releases. If you haven’t followed Fear of God these past couple years, just know that it has released high-end luxury boots and street-casual Vans.

It looks like Lorenzo has decided to take concepts and materials from his past sneaker releases and repurposed them to create a new silhouette with a familiar feel. By merging the lowtop silhouette of his Vans collab with premium materials of his military boots, the 101 Low is birthed.

Lorenzo was captured rocking the beige/white and black/white colorways throughout the week and teased a release within the coming months via Instagram.

What are your thoughts on this new Fear of God 101 Low sneaker? Let us know in the comments below.