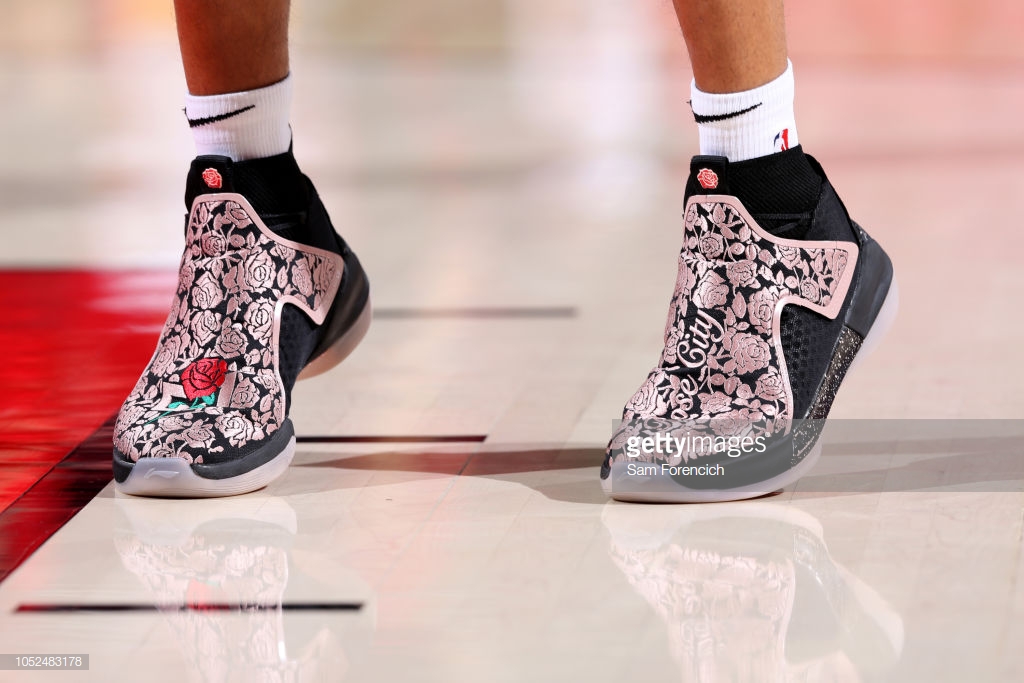 CJ McCollum wore a striking Li-Ning YuShuai 12 PE in the Blazers’ 121-108 win over the Spurs, and now, fans will be able to pick up the ‘Rose City’ shoe very soon.

McCollum helped lead the Trail Blazers to a big W against the Spurs with 24 points, two rebounds, and two steals (check out the highlights below) and he scored another easy 21 points against the LeBron-led Lakers. He did so in a truly beautiful PE that is inspired by Portland’s favorite flower.

Constructed from a lightweight textile upper, the YuShuai 12 is remarkably 2018 with a huge synthetic TPU shroud that covers the lacing system and secures at the quarter. The shroud on this pair features tons of embroidered roses in rose gold with CJ’s logo on the right shoe. Cushioning is supplied by Li-Ning’s Drive Foam and Cloud Foam while the shoe rides atop translucent rubber outsoles.

The Li-Ning YuShuai 12 ‘Rose City’ PE will release on October 27 in China, according to @shuanghuoweiyan. Look for it at the Li-Ning AliExpress store and at overseas retailers like FamujiSneaker and Hibasketballshoes. We’ll update you if news of a U.S. drop surfaces.

You can learn more about the Li-Ning YuShuai 12 by checking out Nightwing2303’s video below.

CJ said they were going to do a popup at some point, so at least there's that (assuming it happens)