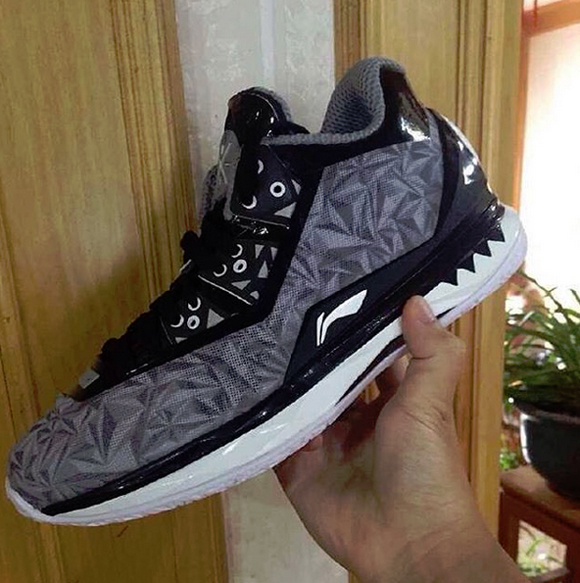 The Li-Ning Way of Wade 4 hasn’t been officially unveiled with tech specs, but D Wade has given us a preview in the past which is good enough for now.

This particular pair is done up in Black/ Grey – awesome color combo – and looks to feature a mesh upper. The mesh looks different than the Marquette pair – seen here – which only furthers our speculation that there will be a variety of materials used on the shoe depending on colorway. The midsole looks like it’ll be pretty comfortable, lets hope they stay away from Li-Ning’s Cloud technology… underwhelming cushion source to say the least. But everything is looking pretty good, and hopefully this will be the performance model from the Wade Brand that really stands out as a top performance model among the many that are out there.