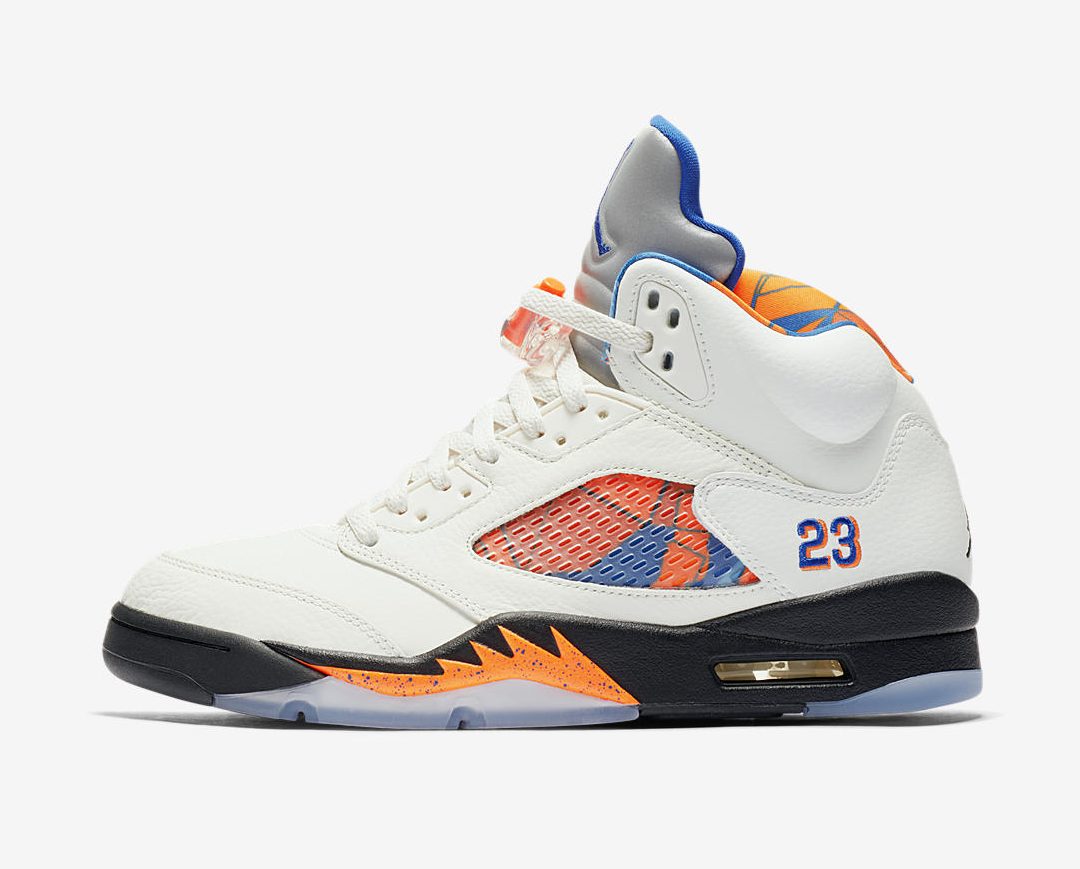 The latest addition to Jordan Brand’s celebration of Michael Jordan appearances overseas is the Air Jordan 5 ‘International Flight’ — and it could be releasing very soon.

This sneaker swaps the ‘Fire Red’ color blocking for a ‘Racer Blue’ look inspired by Spanish street art and uses Sail, not white, for the base. The inner liner and usually clear netting on the side panels have been given the bright and contrasting street-art pattern. The tongue, like almost all Air Jordan 5s, is reflective while a clear lace lock secures the fit.

Expect heel and forefoot Air units for adequate cushioning. Also, make sure to look for the “AIRE JORDAN” patch inside the tongues.

The Air Jordan 5 ‘International Flight’ could release as early as August 4 for $190, according to reliable leaker US11 (although that could be an overseas date). However, leaker @zsneakerheadz has amended his original date of September 8 to August 25. We will update you when a date is confirmed.

What do you think of the Air Jordan 5 ‘International Flight’? The shoe has some Knicks vibes… 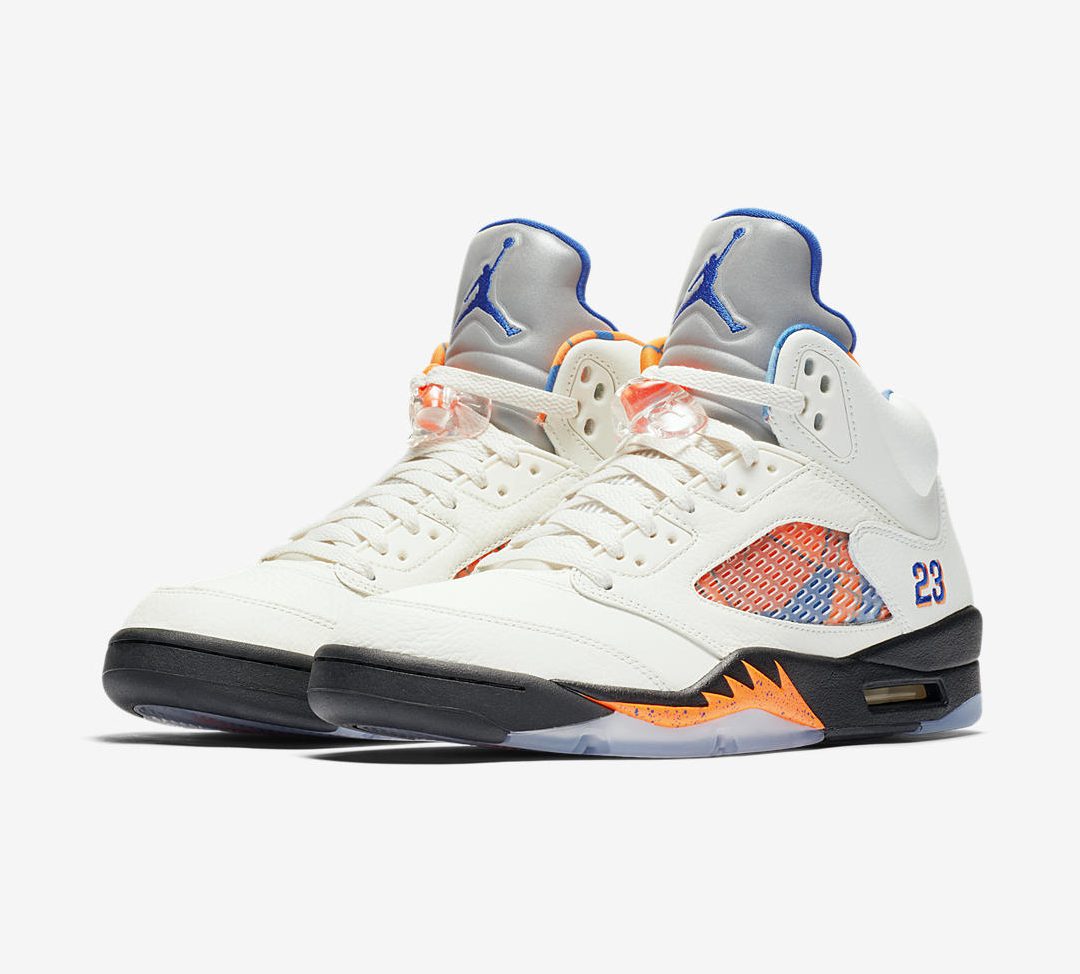 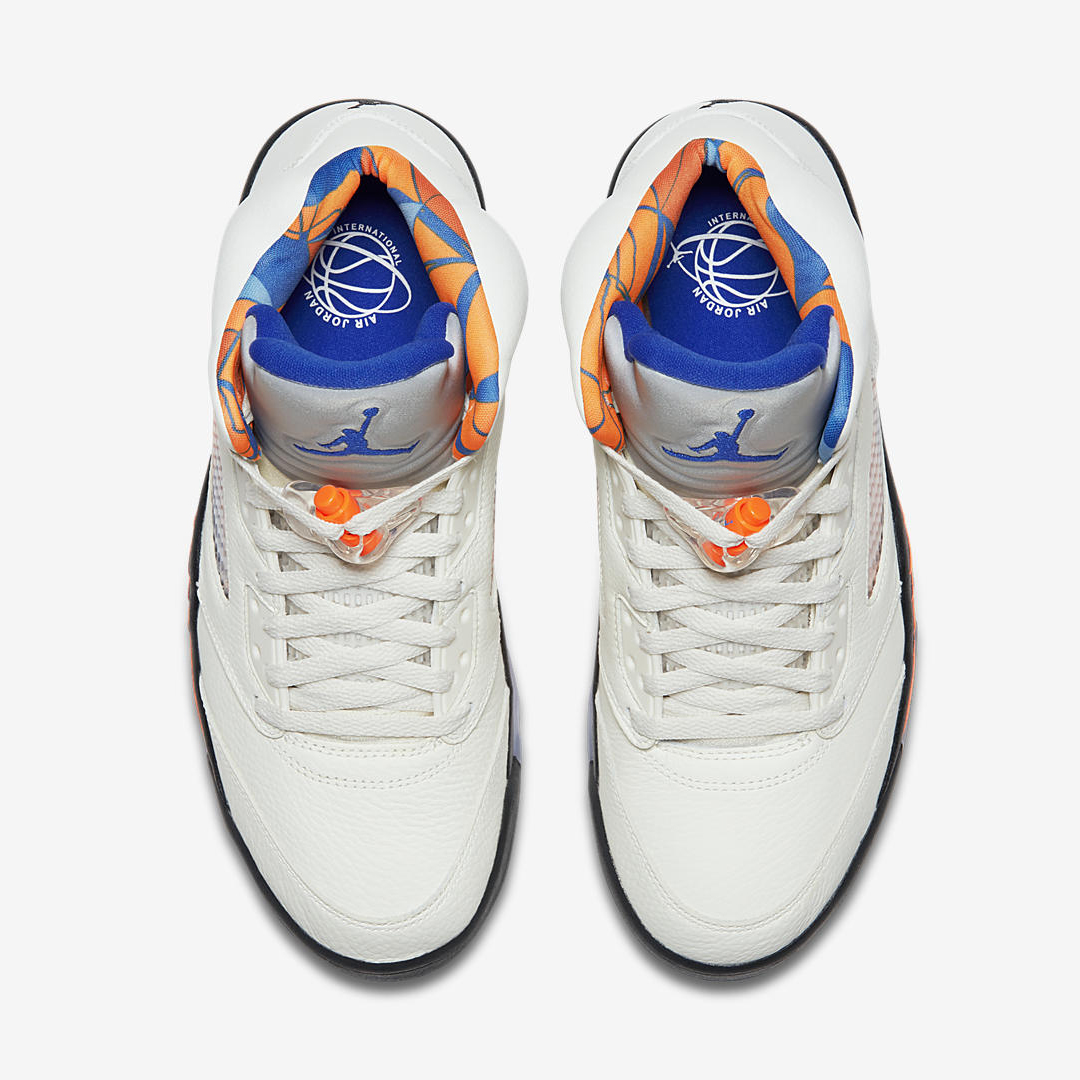 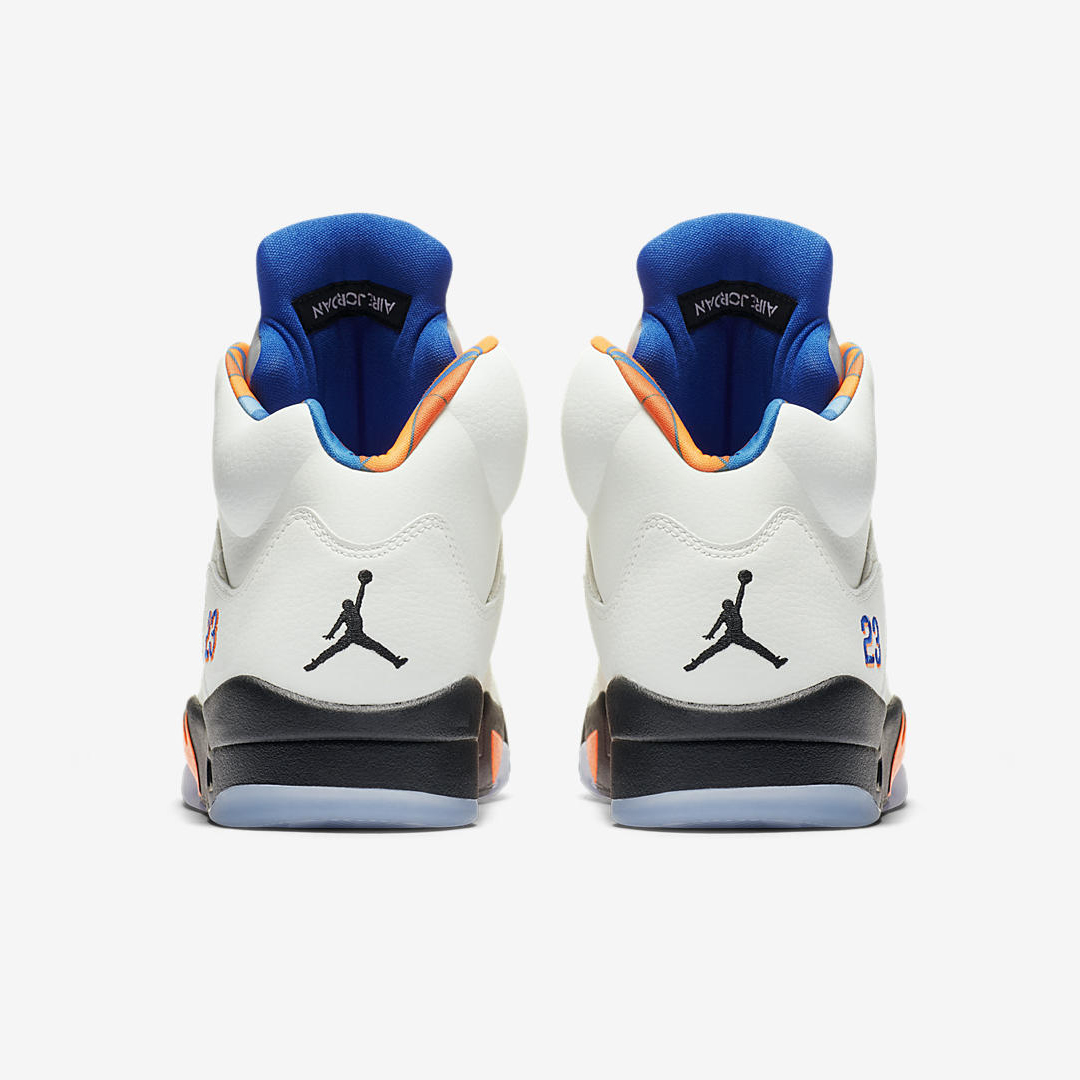 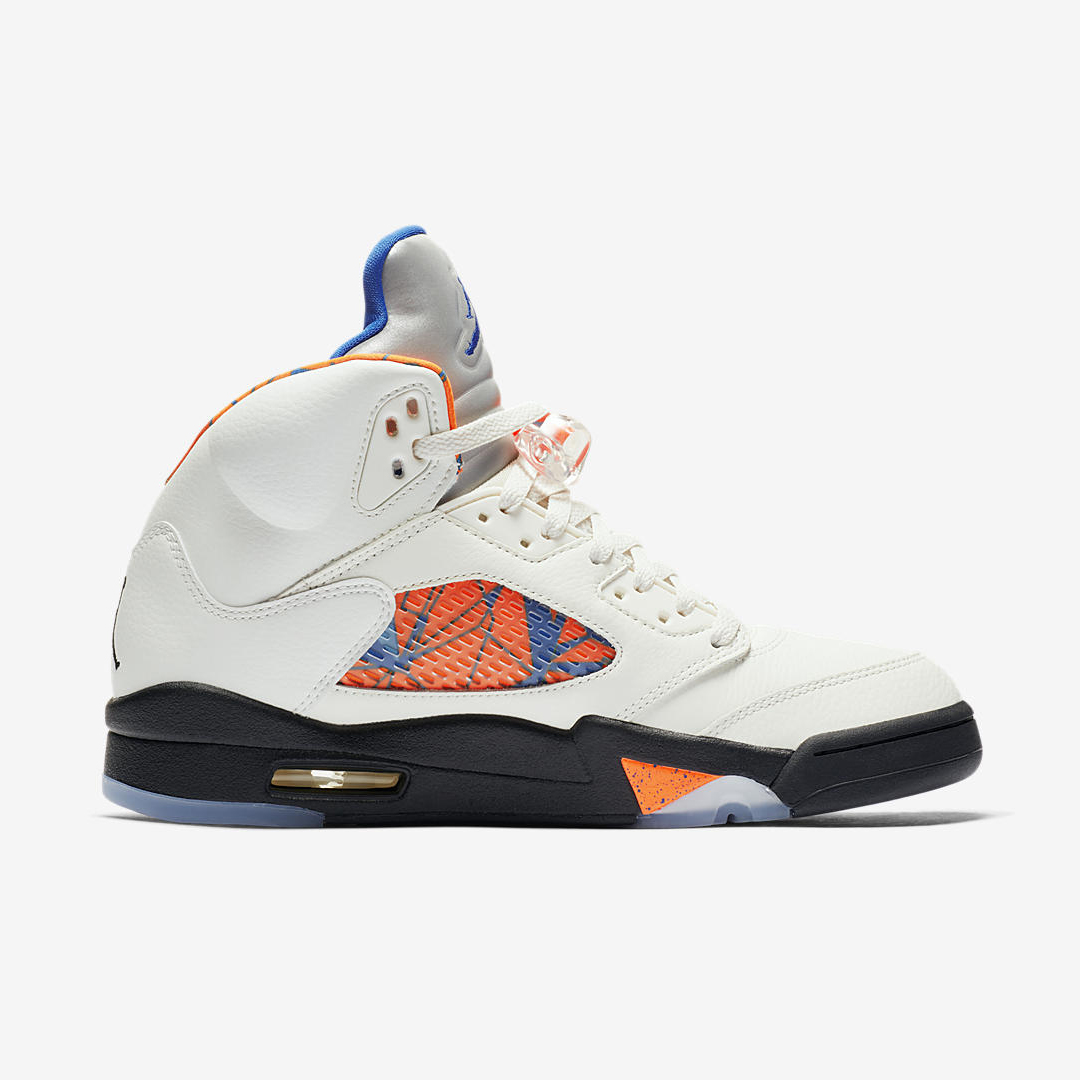 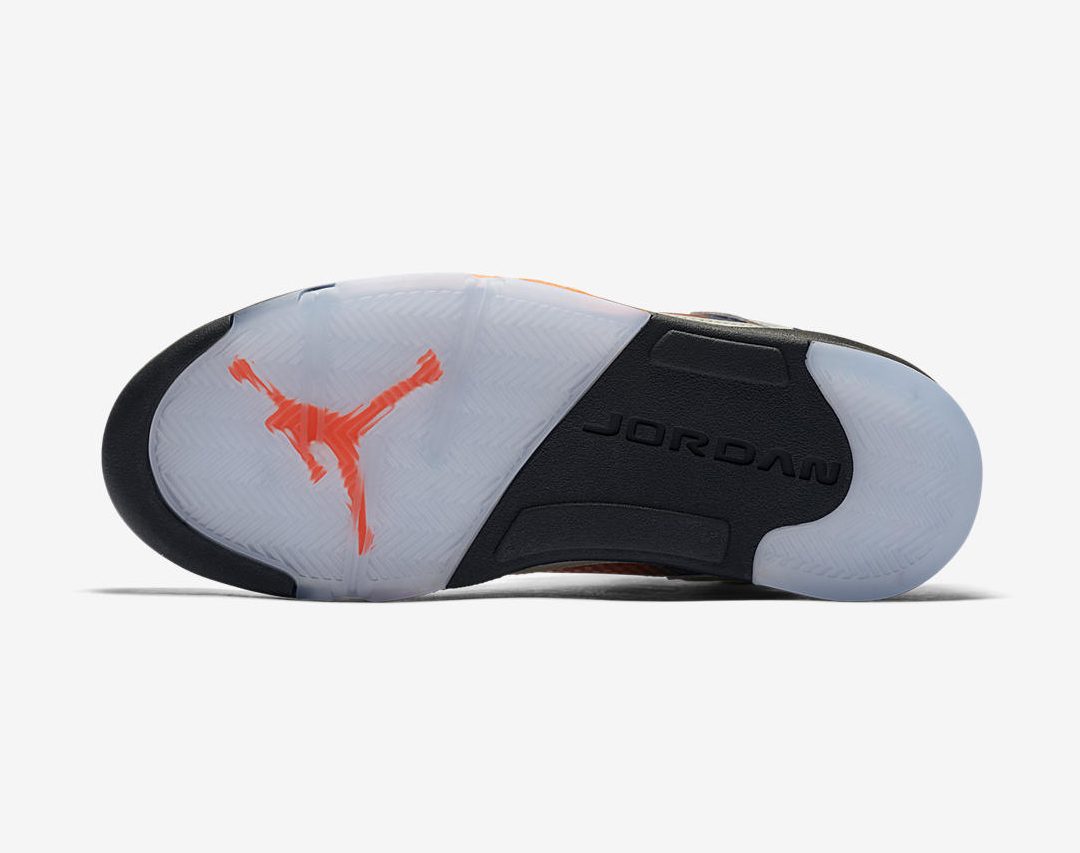 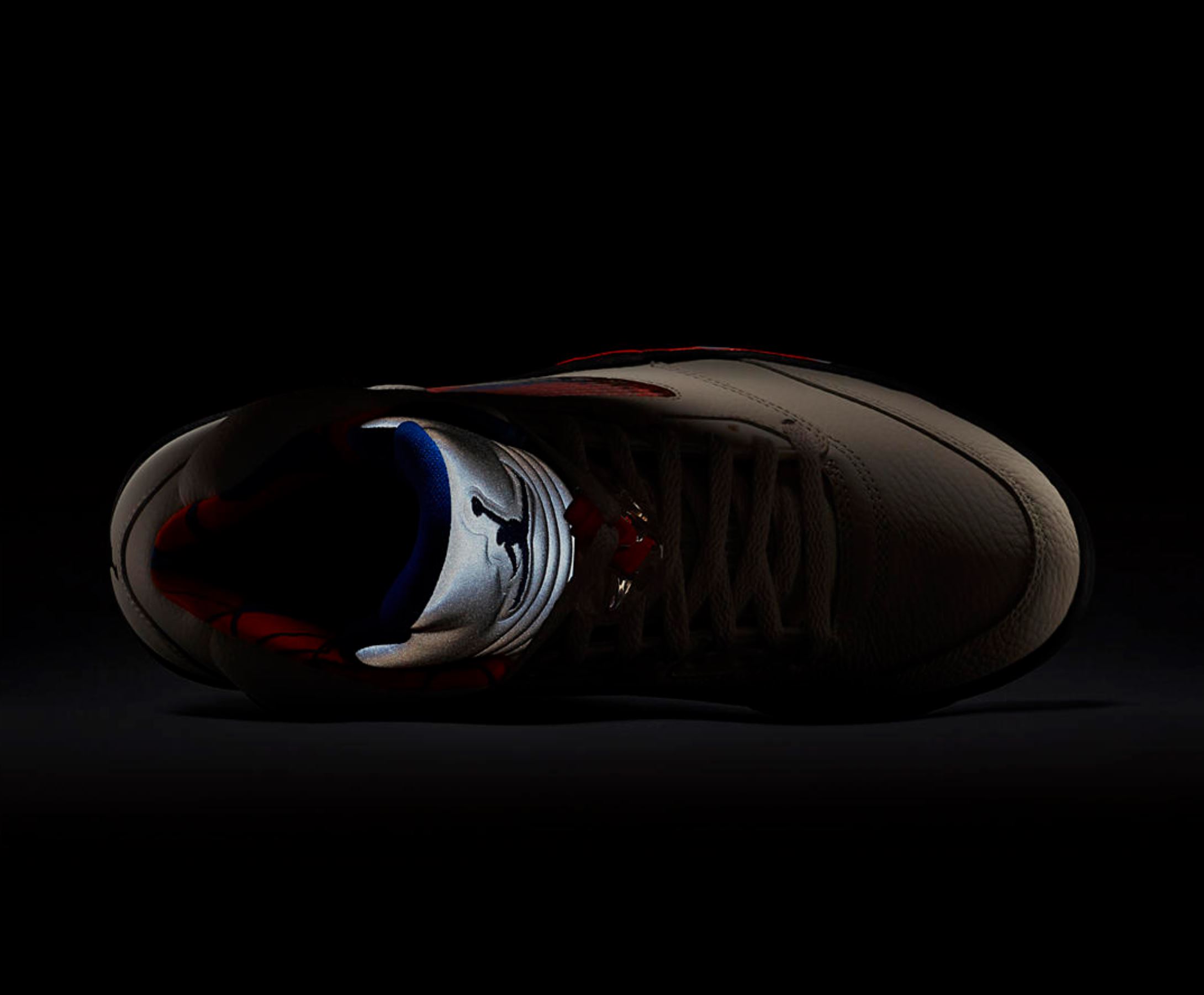