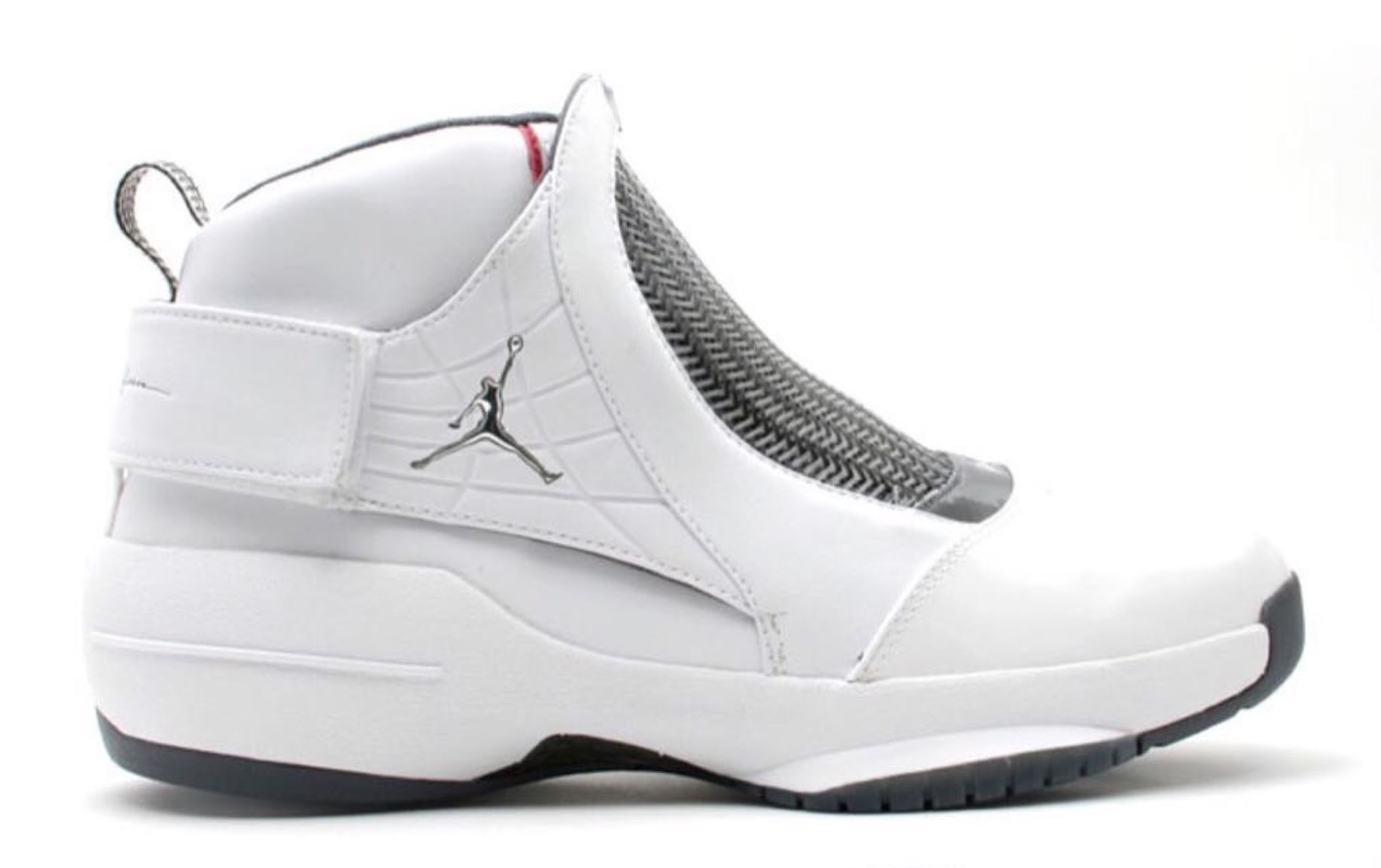 In June, leaker @soleheatonfeet alerted fans that an Air Jordan 19 Retro in ‘Black/Elemental Gold/Sail/Black’ is scheduled to release in April of 2019. There is no word yet on whether the shoe will release in its shrouded build or leaner SE version.

The Air Jordan 19 originally featured a forefoot Zoom Air unit and two Zoom Air units in the heel (double-stacked like the Foamposite and Air Jordan 18). The rest of the midsole was Phylon, and WearTesters captain Nightwing2303 loved the setup when he wrote his Air Jordan 19 Performance Review several years ago (we’ve been doing this a long time).

The photo here is not of the 2019 Air Jordan 19 Retro but of an original pair. When more information surfaces best believe we’ll update you.

Will you be trying to pick up the Air Jordan 19 next year? Let us know in the comments below.