Ever since the appearance of a white pebbled midsole in the Energy Boost five years ago Boost has been, undeniably, the hottest cushioning technology in the shoe industry. Now, the newest Boost runner is here: the adidas Solar Boost. 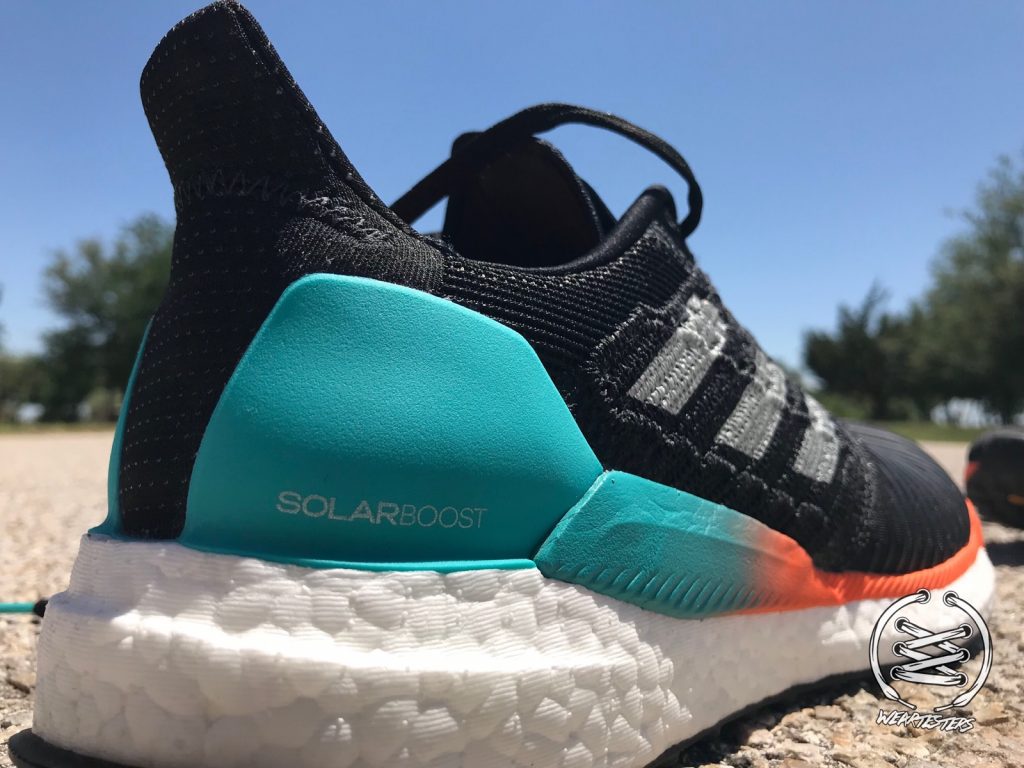 If you’re thinking that you’ve seen that name before, you are right — there was another adidas shoe called the Solar Boost three years ago. However, it was a heel-only Boost setup and wasn’t exactly engineered for performance. This 2018 adidas Solar Boost, however, is all about improving your run.

The main technological traits here are the midfoot panels. Using what adidas calls “Tailored Fiber Placement,” the technique uses thousands of threads sewn into supportive constructs placed in areas that need a higher level of support. You already know what this area will feel like if you have a pair of the Harden Vol. 2 because it is just like the toe of that shoe. It isn’t stretchy at all, which in the midfoot is good, and it means the lockdown won’t suffer as you wear the shoe. 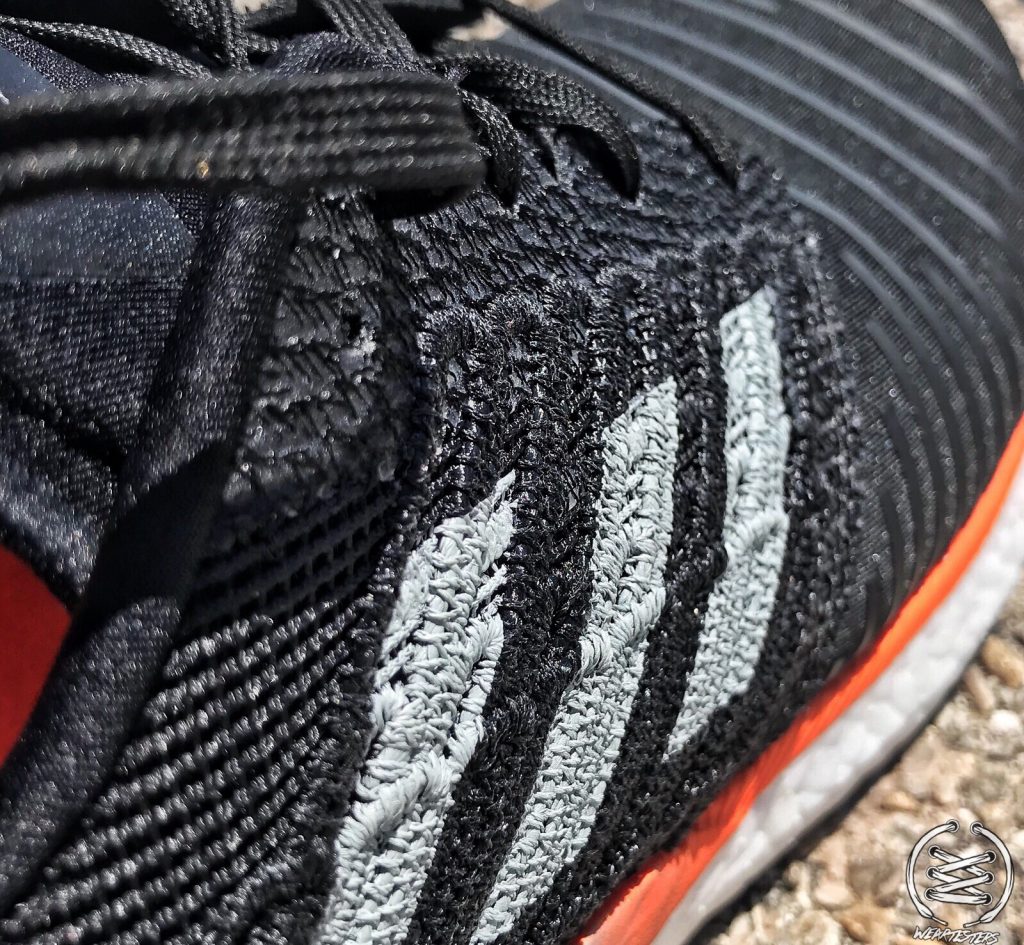 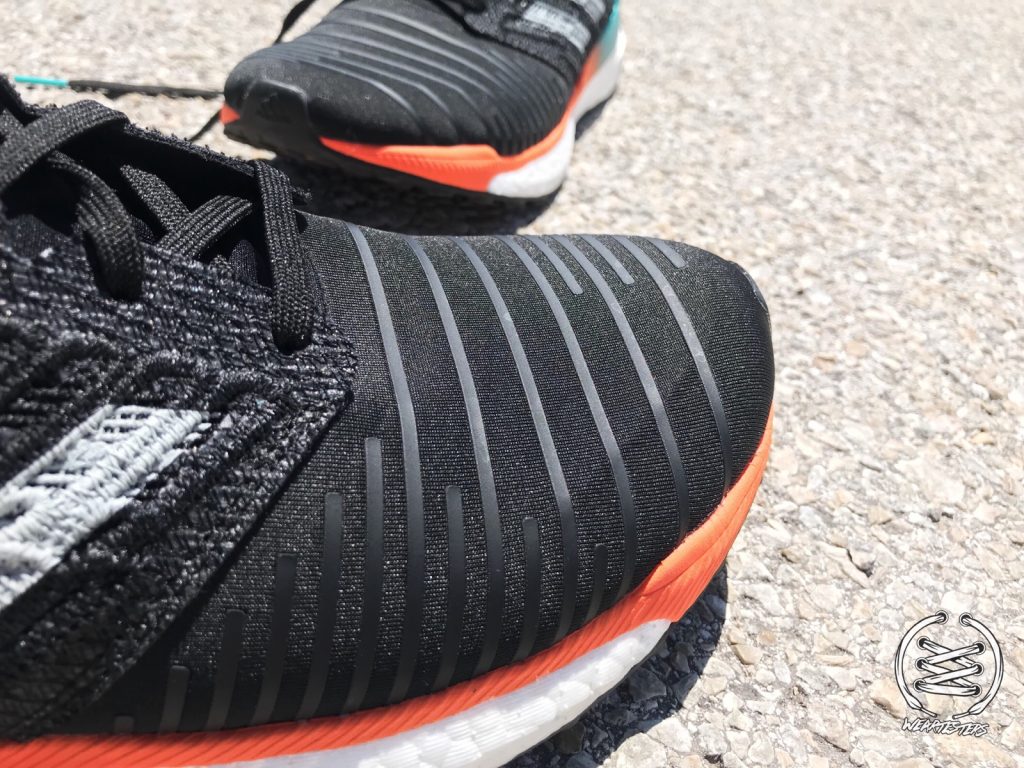 The toebox, however, is soft, and features a material I absolutely loved in the running line — the Techfit neoprene. Granted, adidas is now calling it “stretch mesh,” but it’s Techfit. It even has the overlays like the first two Energy Boost shoes, just in a thinner shape.

Gone from the Ultra Boost is the one-piece upper. Instead, the Solar Boost has a separate tongue construction, as well as an internal bootie structure that starts right at the arch of the shoe and runs into the toebox. It does allow for some width-adjusting, which should make wider feet feel better. 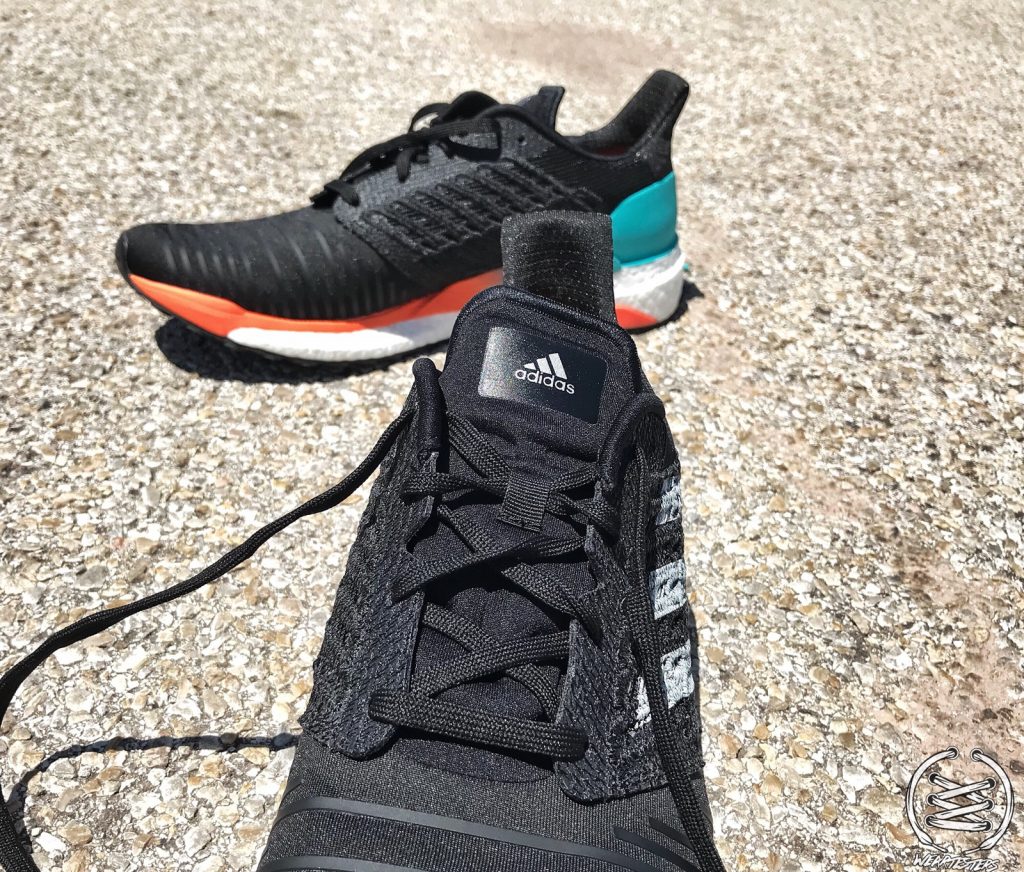 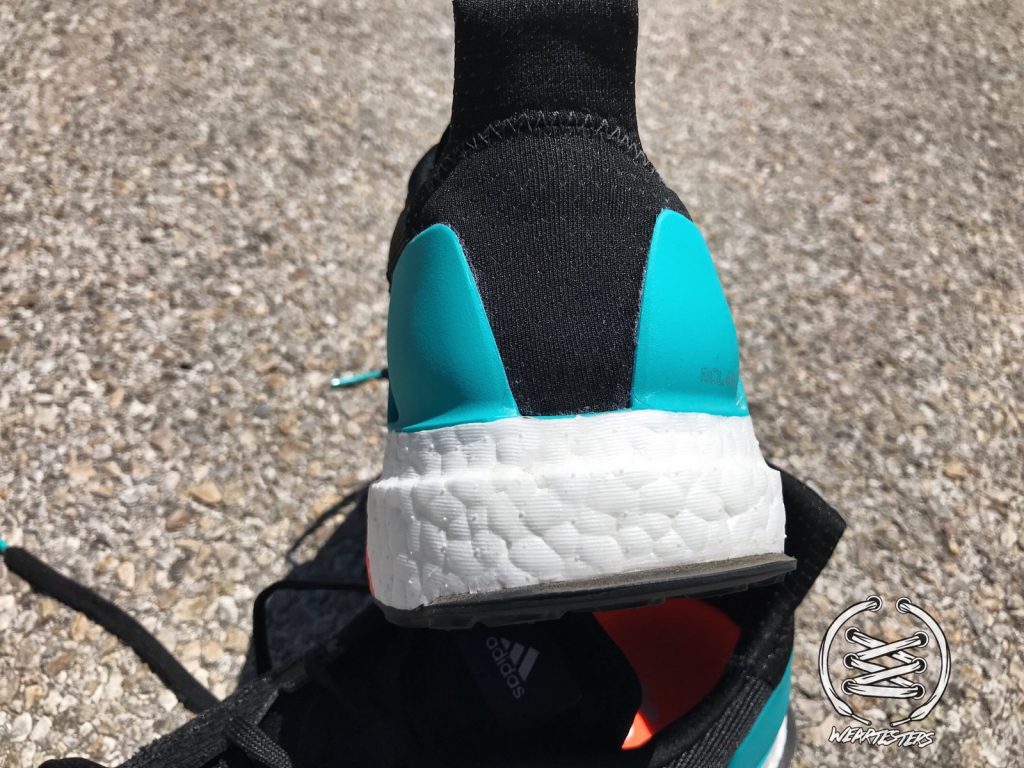 The other big change is the heel cup; the Ultra Boost had a stiff TPU cup, but the Solar Boost uses a thinner mold with a wider split in the heel. Again, this allows the shoe to fit more foot shapes.

Running down to the midsole, there isn’t much else to say about Boost, but I will try. The heel is what wearer’s of the Ultra Boost expect — thick, springy, and comfortable. The forefoot Boost is thinner and has a flare out of the sides, almost like the 2017 Pure Boost. Response is still there, but the forefoot feels closer to the ground and faster on toe-offs. 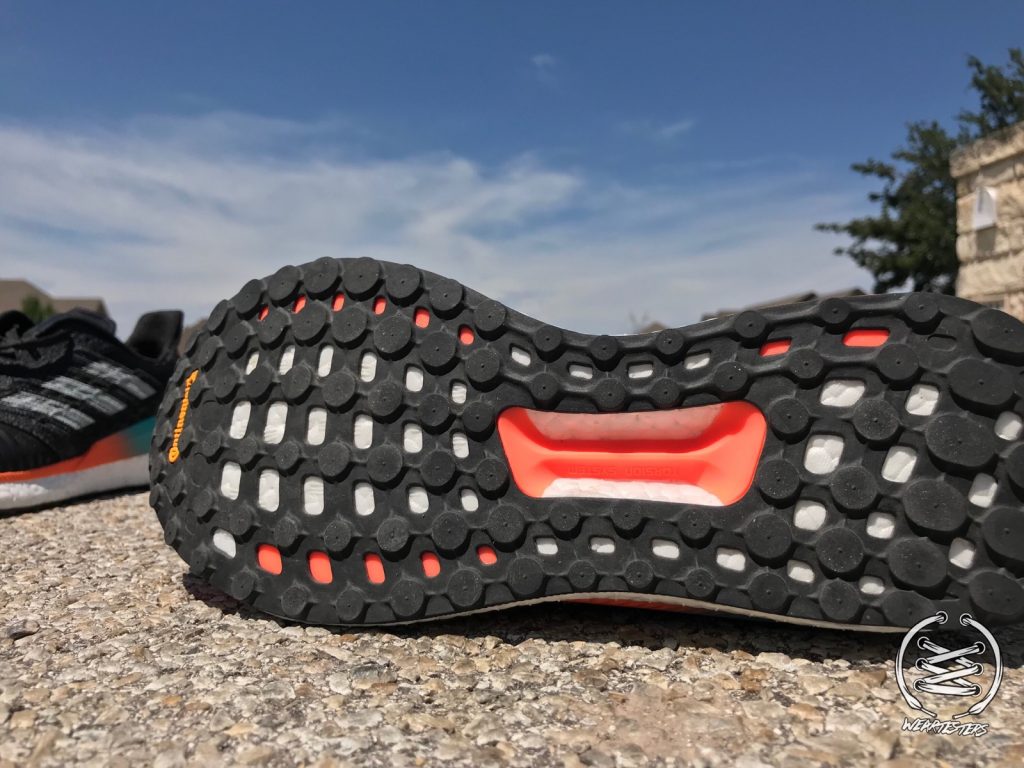 The midsole also features a new support piece called the Solar Propulsion Rail. It isn’t much different than the shanks and plates we have seen on previous models, but the Rail does cover both sides of the forefoot for equal response and stability.

The adidas Solar Boost is available now at Eastbay.com for $160. 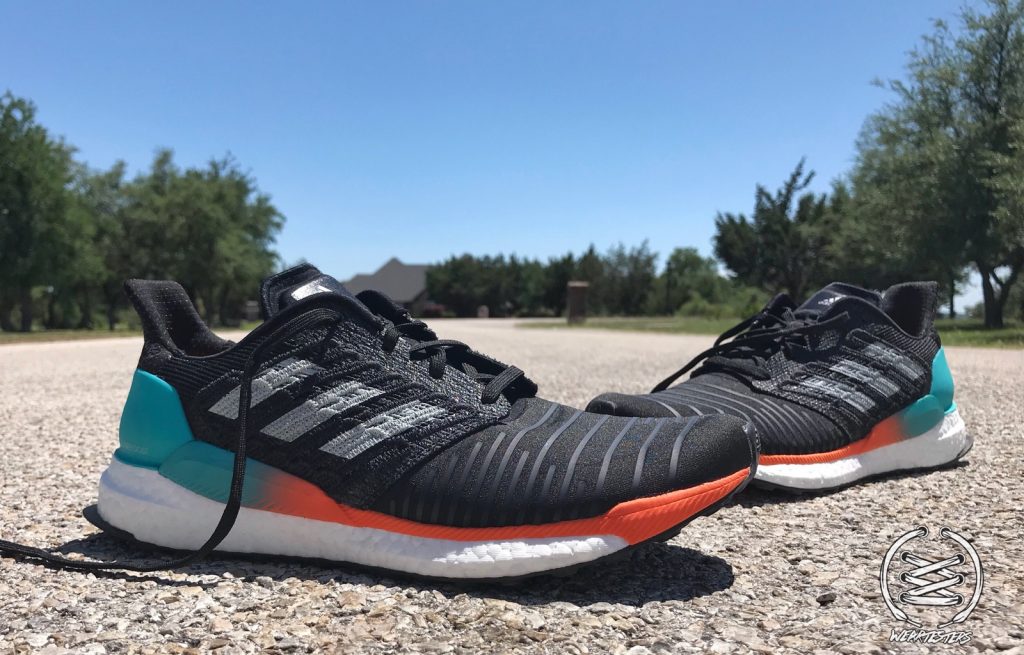 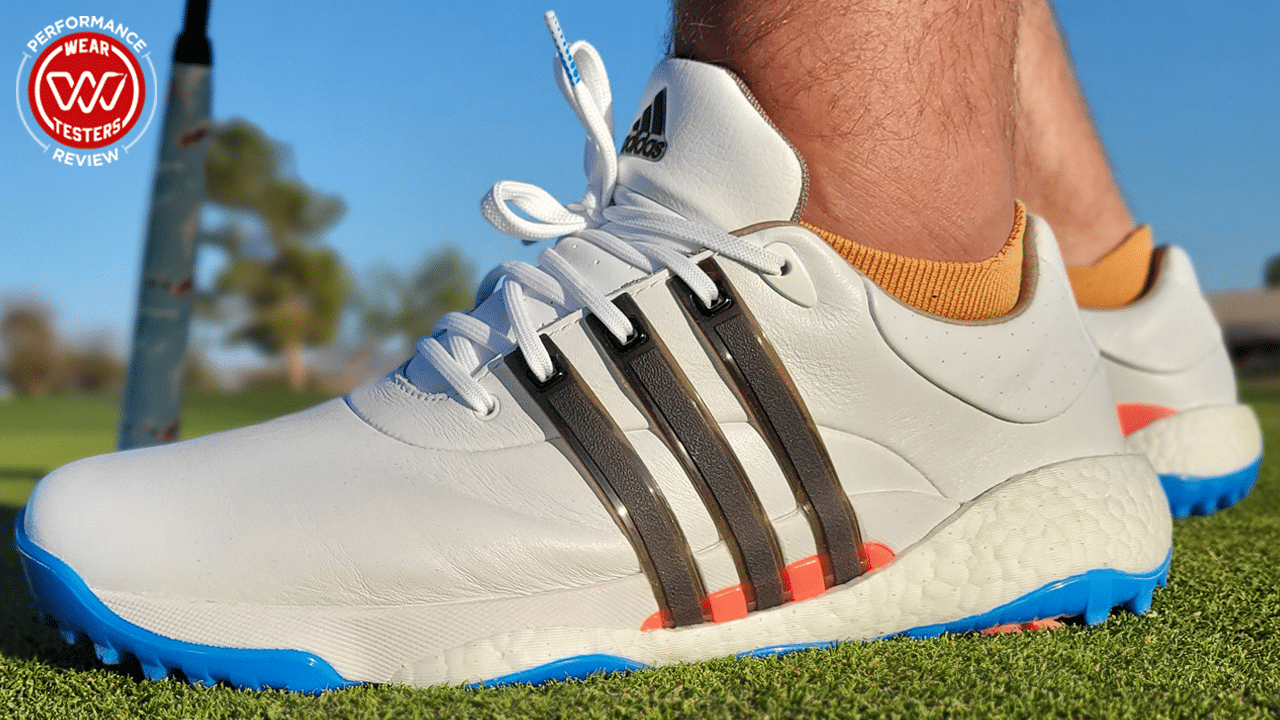 With a plethora of the world’s best golfers in their stable of PGA Tour players, Adidas has really… 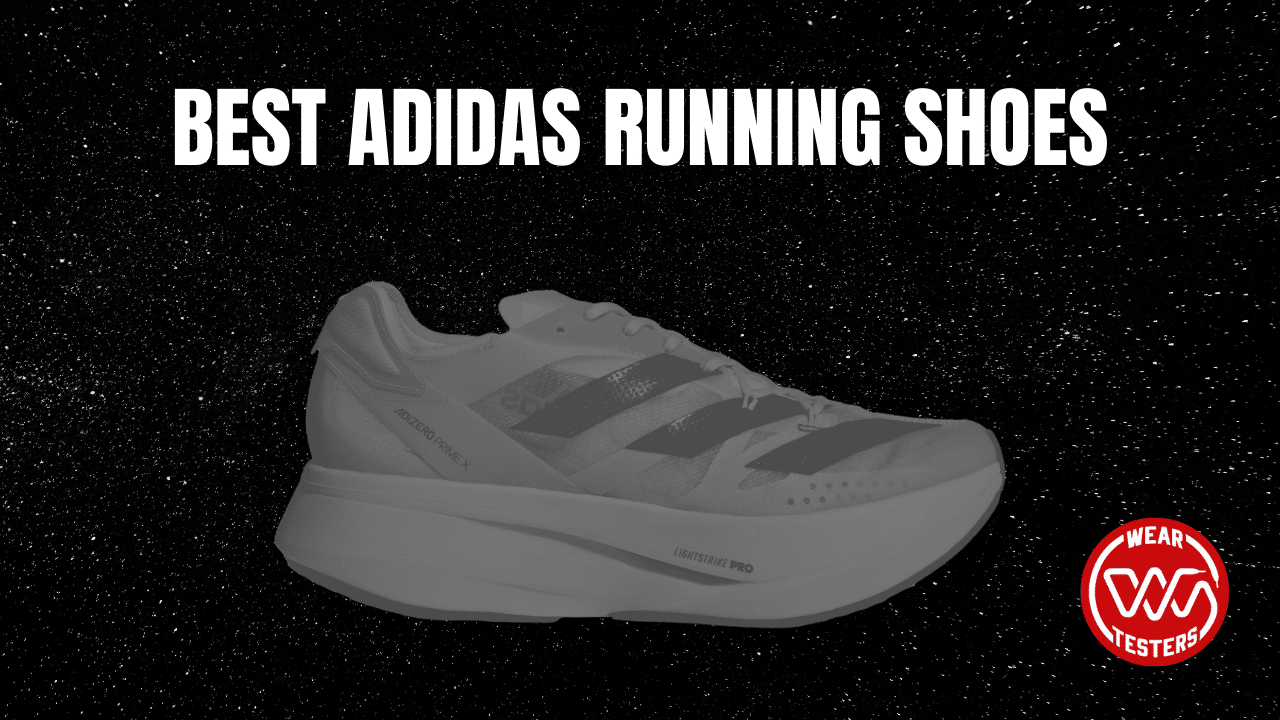 Formally founded in 1949, adidas manufactured running shoes from the very beginning. These days, adidas is one of… 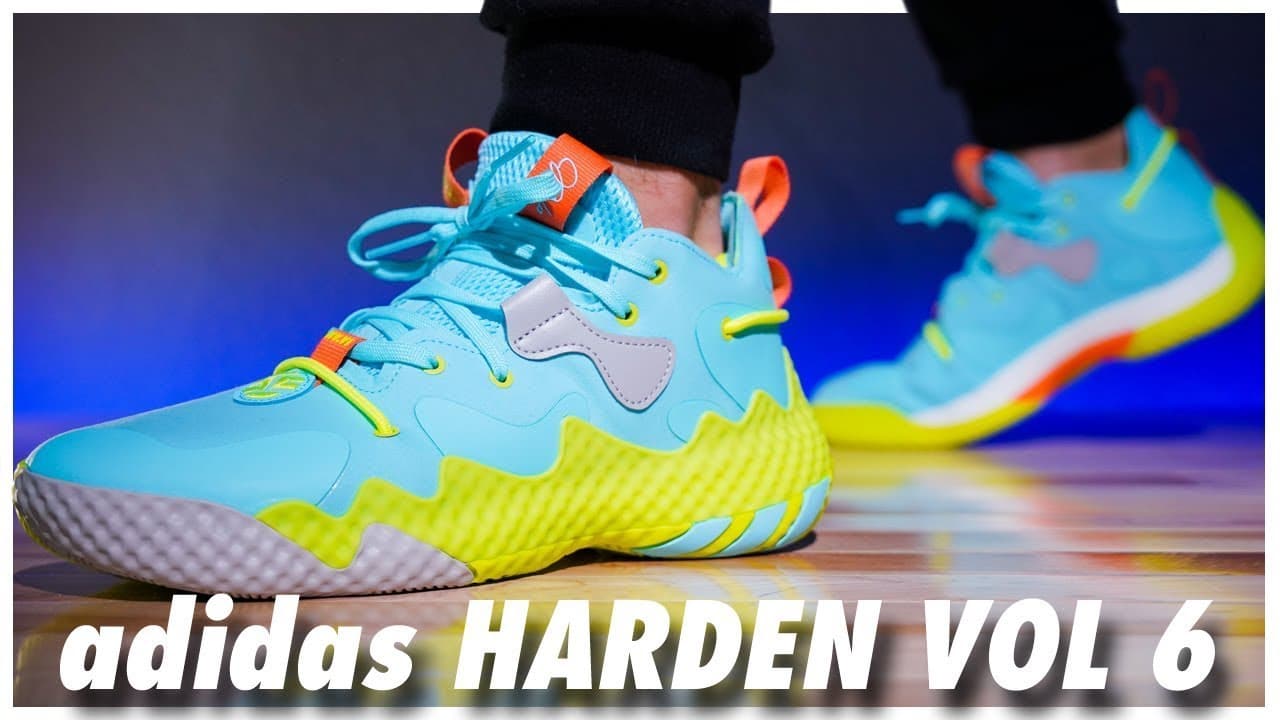 The adidas Harden Vol 6 has been much anticipated, especially after the not-so-good previous signature sneaker from James…