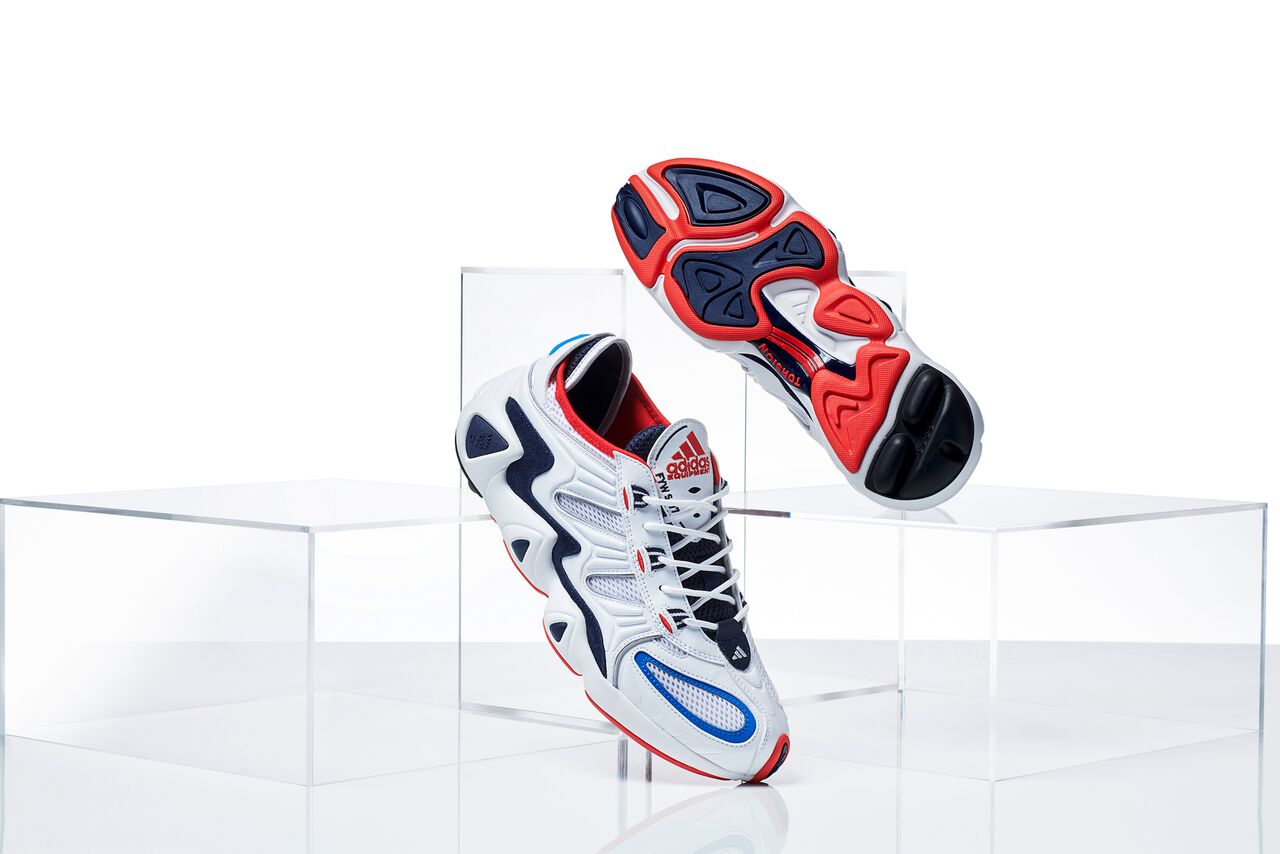 adidas brings back a classic silhouette: the FYW S-97.

A long time ago, in a crazy time in footwear, brands were interested in technological advancements and pushing the boundaries of performance footwear. One brand had the brilliant idea to make a midsole/outsole tooling based on the sections of the foot and freedom of movement, with the theory of rounded edges and lower ride making stability even better.

The company: adidas. The technology: Feet You Wear. The magic part? It worked. The tooling was used in basketball, cross-training, American football (we see you Eddie George) and running. We have seen the Kobe/FYW series retro before, many times and we have seen the Keyshawn Johnson turf trainers before. But now, for the first time, we get one of the best models in the line – the FYW S-97. 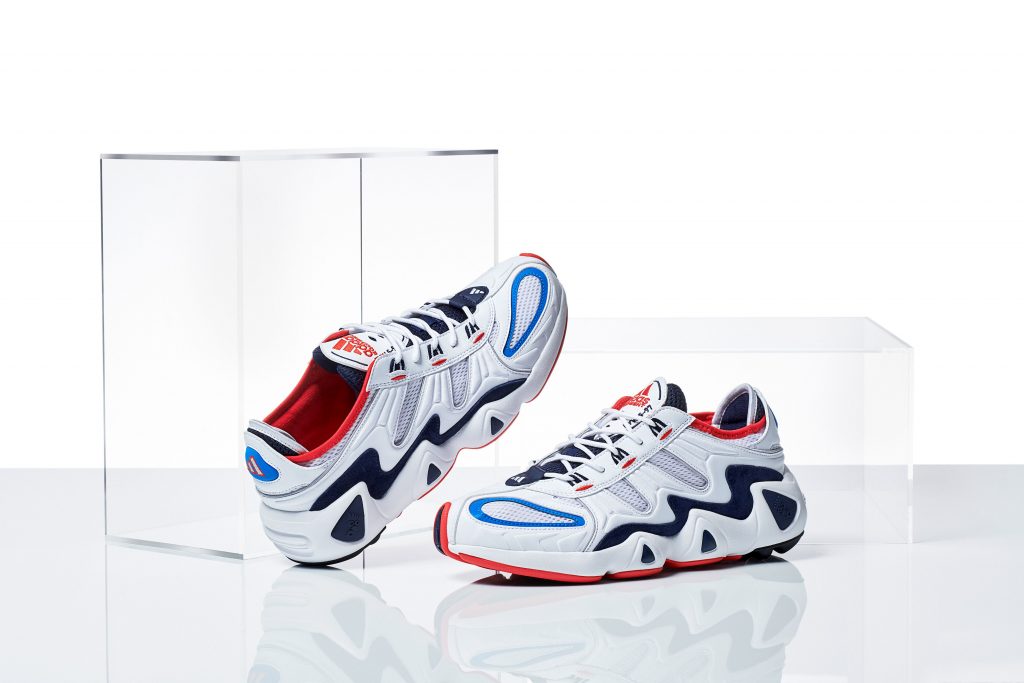 The adidas Consortium group dug 22 years into the back catalog and brought the S-97 back in (almost) its true form, even down to the adiPrene+ forefoot insert and the Torsion system. Based on the idea that squared soles were the main problem with ankle and foot instability, FYW features rounded pods strategically placed under and around the foot.

Once the foot begins a roll, the pods allow the foot to re-stabilize and straighten before a serious injury occurs. Because of this low-ride midsole and premium on feel under foot, there is not much cushioning, but the natural movement allows for the body to absorb and distribute the way it should.

The Torsion System has been in adidas shoes long before the S-97 (I first remember it in the Artillery in 1993). It is a TPU bridge under the arch that allows the heel and forefoot to essentially move independently but still be supported and connected allowing for exceptional freedom of motion while still being supported. 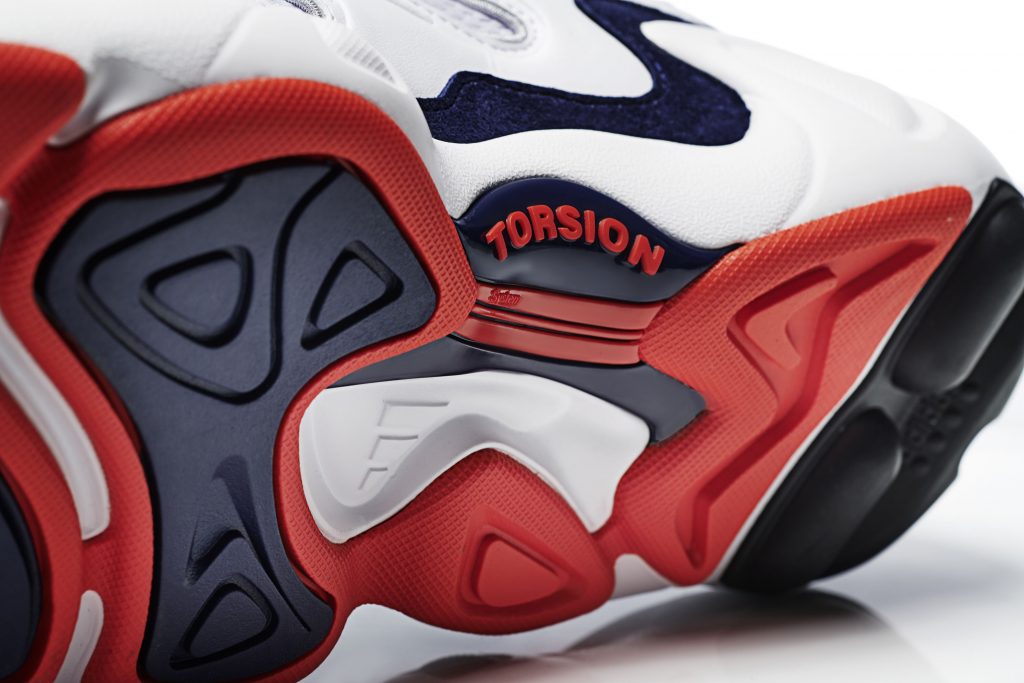 The upper features a ton of layering and overlays around the midfoot, using the Three Stripes as a support cage. The shoe is bulky in a “dad shoe” kind of way but still features a futuristic vibe. This initial colorway is in white/navy/red. No word yet on if the original white/orange/royal will return (that was the pair I had in 1997), but we can hope. Possibly the best news of all? The Freddie the Foot logo is back. Google it if you don’t know – it’s a great read. 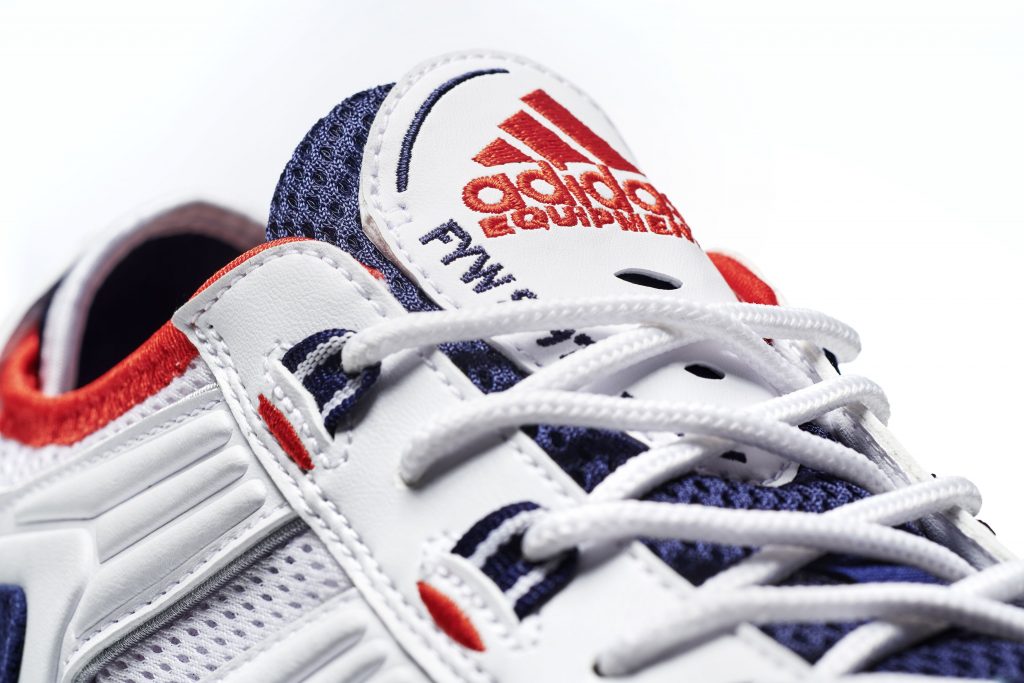 The adidas Consortium FYW S-97 returns on February 16, just in time for NBA All-Star Weekend, but no word on retail price. We can dream of it being the original $100, can’t we? 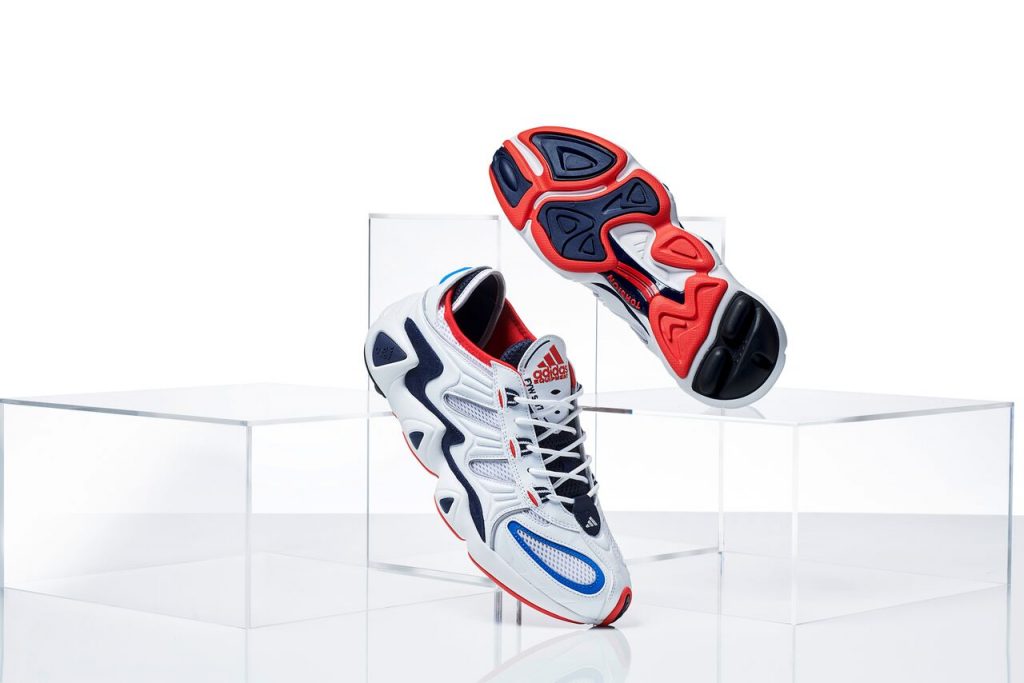