The colorway we purchased uses the en vogue “space” theme but there are plenty of other colorways available. Click play above or keep reading for Jalique’s full performance review.

An array of “7s” all over the outsole provides all types of outsole coverage on the Speed 7 Premium. The pattern led to an overall positive experience during testing.

The translucent compound used on my colorway attracted its fair share of dust. However, with more wear came a lower frequency of wiping on dustier settings. Basically, the more the outsole broke in, the more confident I became making different movements on both ends of the floor.

I didn’t play any games in the Speed 7 Premium outdoors. Shooting around a little in them on
concrete leads me to believe these will get the job done outside as well. The outsole rubber should also last a decent amount of time. Take that with a grain of salt though as most of my work was done inside.

Upon initial review, I mentioned this was more of a stable, low-to-the-ground setup, but that I was curious to see how things would go with more break-in. Overall, the Bounse+ and Lightfoam setup felt relatively the same at the end of testing as they did on day one.

If anything softened up a bit, it was the Bounse+, which is spread across the bottom layer and thickens up under the heel. While that bit of compression was nice, it did not suit me as well as I would have liked as I’m a heavier player that primarily strikes on the forefoot.

For lighter, faster players that get the job done below the rim, I can understand how the Speed 7
Premium would work out. Its name is “Speed” after all.

Different colorways of the Speed 7 Premium also have different uppers. At the time of purchasing from Amazon, all that was available were less “premium” builds like the one tested here.

The textile and synthetic upper used for testing were admittedly thin, but the cheaper materials were noticeable and felt a bit glued down. Though a bit of welcome break-in took place without sacrificing support, I’m still curious how the knitted builds of the Speed 7 Premium may differ in feel.

As my options for Chinese brands are typically a half-size up or a half-size down, I generally go with a half-size down, as done here. Lengthwise, I had enough space (maybe even a little more than expected), but in width, I could feel things narrow out a bit.

If your true size is made, I would probably suggest going that route. If not, you should be able to get away with a half-size down unless you’re wide-footed. For the wider foot customers, I’m not so quick to recommend the Speed 7 Premium. But if you purchase from Amazon as I did, returns are super easy.

Everything in the realm of support got the job done for me, starting with a nice secure fit. The
Probar-Loc took care of torsional support as well as additional reinforcement to the internal heel
counter. A firm, low-to-the-ground cushion system, and supportive materials finished things off making the Speed 7 Premium a supportive low-top sneaker.

If cushion/impact protection is not a must for you and you’d rather have court feel and stability, then the Li-Ning Speed 7 Premium is an option. However, bringing price into the equation, I would say there are lower-cost options out there that provide a similar feel, maybe even better in some cases.

While I wouldn’t go out of my way to recommend the Speed 7 Premium to anyone, I certainly wouldn’t knock anyone for wanting to give them a go, given the reasons listed above.

In the video above, Jalique provides detailed information from all the usual categories, providing the in depth information you need. He supplies expert level opinions on the materials, cushioning, traction, support, and fit. He also tells us all the differences between the Speed 7 and Speed 7 Premium.

Want to check out more reviews?

How to Buy the Li-Ning Speed 7 Premium

The Li-Ning Speed 7 Premium is available for $133 at Amazon. Remember that when buying from the Li-Ning Amazon store, your shoes come in a drawstring bag, not a box.

You can now directly support WearTesters, be part of a growing, fun community, and get great benefits in return. Learn more about joining WearTesters here. 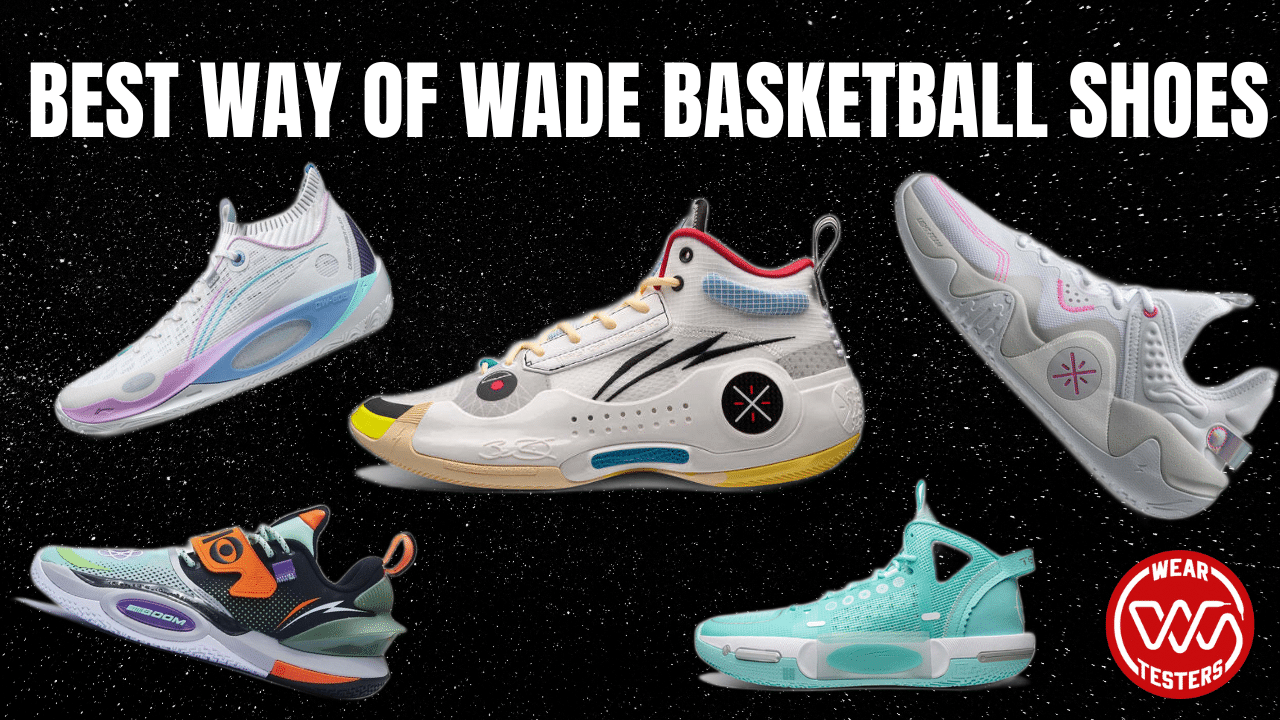 Way of Wade stems from Li-Ning, just like Jordan Brand stems from Nike and Curry Brand from Under…