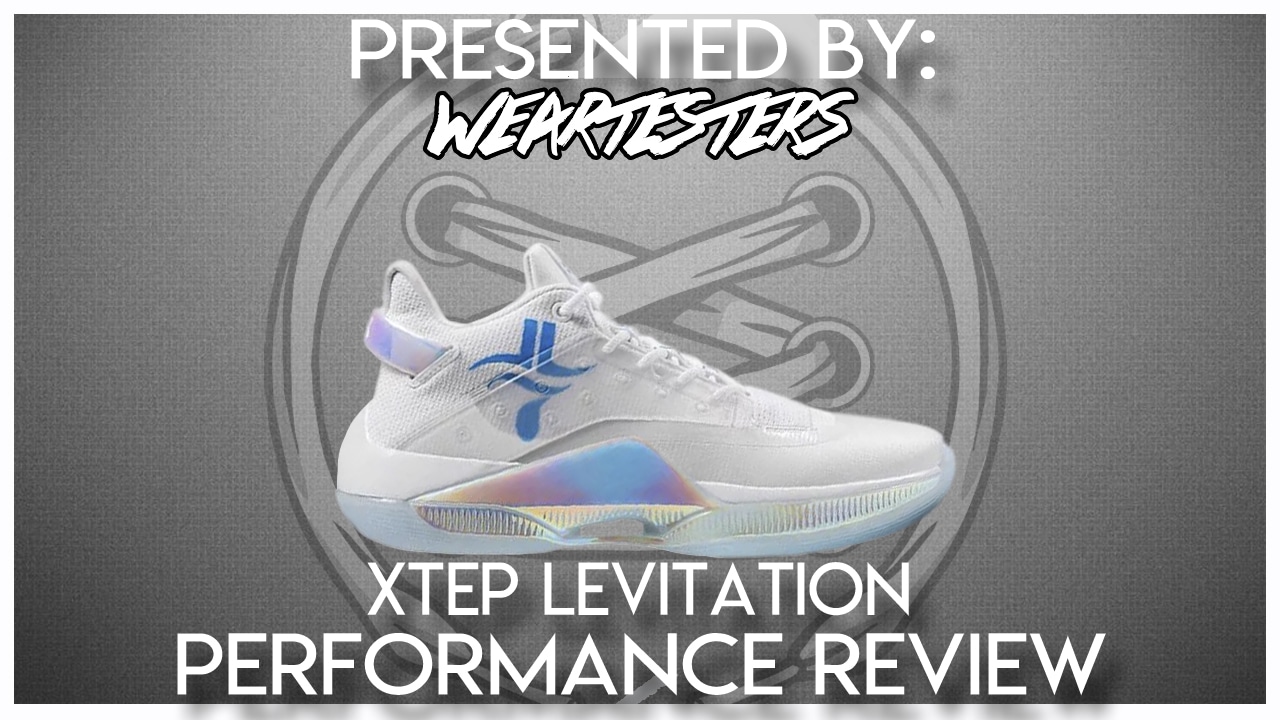 After having spent time with Nike and adidas in the NBA, Jeremy Lin has signed on with Chinese running brand Xtep for his first signature sneaker, the Xtep Levitation 4, as he continues his basketball career in the Chinese Basketball Association.

In his first season with the Beijing Ducks, the All-Star is averaging about 25 points, six rebounds and six assists, showing that he can still play with the best outside the United States. That said, with Lin showing out in the CBA, how has the Levitation 4 held up?

Let’s start off with perhaps the most disappointing aspect of the Levitation 4: the traction.

The Xtep Levitation 4 features herringbone throughout the outsole but the grooves are closely-spaced together, allowing for dust and other debris to accumulate. The rubber is also fairly pliable as the medial sides of the outsole have already begun fraying.

I played on a variety of courts and while court conditions play a part, the traction was more of a miss than a hit, regardless of where I played. I don’t know if it was because my pair had a translucent outsole as opposed to a solid rubber outsole or if it’s the rubber compound used. Be prepared for A LOT of wiping if you’re playing on any court that’s not pristine.

Personally, the cushion is perhaps the best aspect of the Levitation 4 — it’s reminiscent to the Boost found in the original adidas Crazy Explosive from a few years ago. It’s a heavy sneaker and feels like most of the weight is due to the cushion and that’s not a bad thing.

The cushion* is pretty soft and slightly firm all around. I’d be remiss if I didn’t mention that, because of the cushion, you sit high off the ground, similar to the main Nike LeBron line. Of note, the heel and forefoot portions of the outsole are segmented, leading me to believe that a dual-density cushion setup is used and while there is a very slight wobble, it’s trivial once you get going.

Also, there’s a thick insole that provides great step-in comfort so there should be no problems just walking around. As always, you can always replace the insole with a custom insole if the stock doesn’t do it for you.

*(I’ve reached out to Xtep to get the specific name of the cushioning system used and I’ll update this if they get back to me.)

As you would expect from a sneaker that retails for around $80 USD, most of the upper is made up of fuse while the mid-foot to heel feels like engineered mesh. There are rubber eyelets on the mid-foot, like the adidas Harden Vol. 2, and there is an elastic band on the forefoot that doesn’t really do anything.

Quick note: I wasn’t really a fan of was how cheap the laces felt.

TPU makes up the X-Support torsion plate underfoot and it goes up the lateral side of the sneaker. While it does look great because of the iridescent look, that TPU is perhaps one of the more annoying aspects (which I’ll get to in the support section).

Lastly, there’s a plastic heel clip that’s doesn’t necessarily have a function but boy does it look cool.

Right off the bat, try these on first if you can. I didn’t have that luxury (because they were nowhere to be found in the U.S.) so I just went true to size, which is a US size 10.

Personally, going true to size worked for me although there was some space between the tip of my toes and the edge of the sneaker. After playing a while, that space was negligible as my foot expanded.

If you like a snug fit, I suggest going down half a size. As previously mentioned, there are additional rubber eyelets on the sides of the sneaker to customize your fit — I didn’t have to use them but they are there if you need them.

Also, it was brought to my attention by Instagram user mrgreyboy136718 that Xtep’s size chart was off by a few inches. Additionally, fellow hooper and friend of WT, dghoops, noticed that the fit was bothersome in his pair (U.S. size 11) as the insole and the cushion was misplaced and pronounced because of the arch support on the medial side of the sneaker.

In any case, going true to size should suffice if you aren’t able to try them on.

As per usual, there’s an internal heel counter and there are also achilles pillows. Underfoot, there’s a wide, stable base, an outrigger and the aforementioned X-Support torsion plate for torsional support.

As I alluded to earlier, the torsion plate is also connected to the TPU that goes up the lateral side of the sneaker. That, combined with the outrigger, prevents your ankle from rolling over and the fuse on the upper does a solid job of keeping your foot contained. However, the TPU on the lateral side kept digging at the sides of my feet at the start of every session and although the pain went away, having that at the start was a nuisance, though that may be an isolated incident.

For Xtep’s first foray into the basketball market, the Xtep Levitation 4 is a solid start. Everything is what you would expect from a sneaker that retails for around $80 USD: solid support, a decent fit, adequate materials and great cushion.

The only thing really that I would be wary of is the inconsistent traction but if you play on a pristine court (count your blessings if you do), then you should have minimal problems. If you can overlook the traction then the Xtep Levitation 4 is a decent bang-for-your-buck model to try out.

Good luck trying to find them stateside though. Reach out to us on Twitter or Instagram if you have any comments.