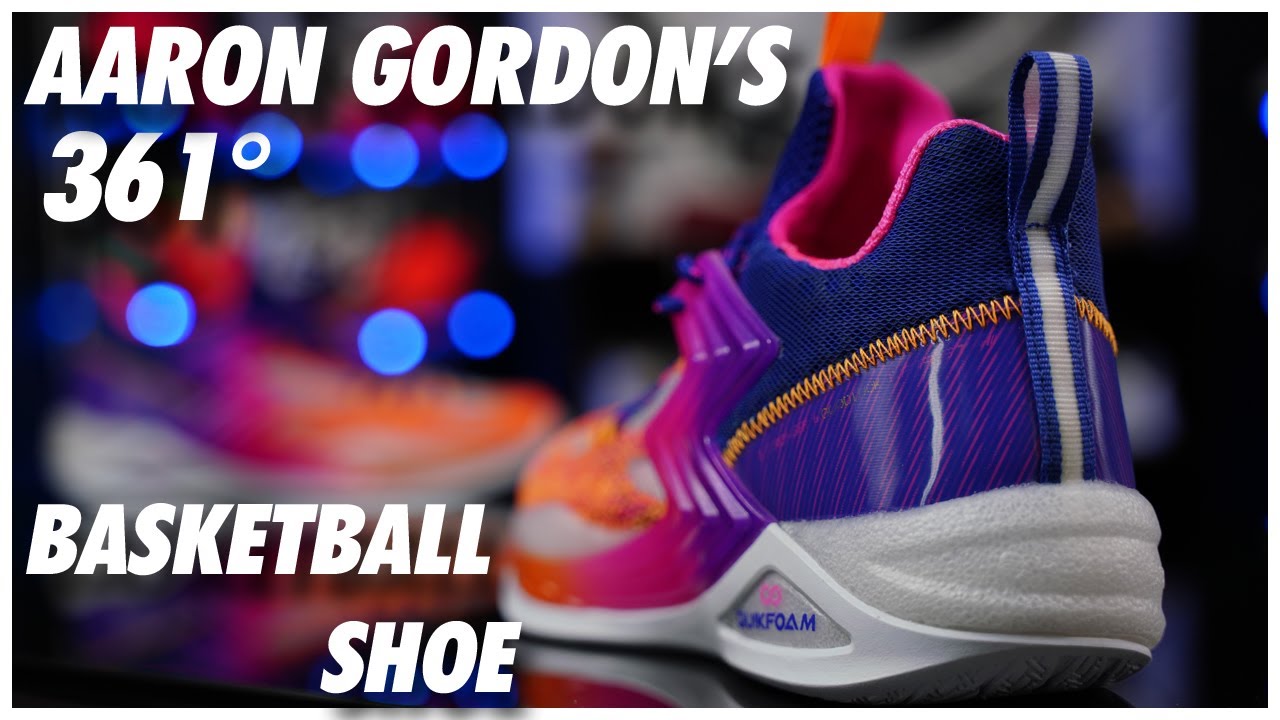 The 361° Big 3 Aaron Gordon PE was on the feet of the Orlando Magic’s Aaron Gordon during his spectacular 2020 Dunk Contest performance. And yes, you’re remembering right, Aaron Gordon got shafted (again). This time thanks to Dwyane Wade’s heel turn.

It’s depressing to think the best dunker in the world has lost two dunk contests in ridiculous miscarriages of justice. So instead, let’s think about something positive. Aaron Gordon’s got his own shoe! That’s rarified air for NBA players. But is the shoe good? Luckily, Chris snagged a pair to find out.

Use code WEARTESTERS for a small discount.

In the video, Chris walks through his thoughts on the materials, traction, cushion, and support. He likes the traction pattern but the outsole paint job has him worried. As for the cushion, he finds the material super bouncy but odd, and then finds the perfect comparison. He’s also not sure the shoe itself is beefy and supportive enough for a player of Aaron Gordon’s size. Remember when he busted out of his HyperRev 2016s? And to top things off, Mrs. Wing has no idea who Aaron Gordon is and spends half the video thinking he’s another player. LOL.

The 361° Big 3 Aaron Gordon PE is available in three colorways at Famuji Sneaker. If you use the code WEARTESTERS, you’ll get a small discount.