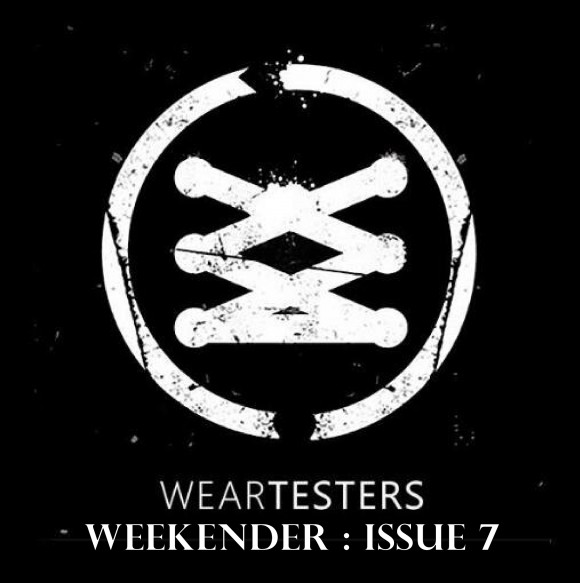 Thanks for checking out this week’s edition of the WearTesters Weekender. Be sure to read through everything, digest and share your thoughts in the comments below. This week, we have members of the WearTesters team making predictions for this weekend’s All-Star festivities. I hope there is something for everyone in this article. This is all about engaging with our reader so we want you to share your thoughts and opinions as well!

In 2005, the dunk contest was coming off  a stretch with 2 captivating performances from Jason Richardson and a win from Fred Jones. Enter Josh Smith: a 19 year old with serious bounce, posied to pay homage to Hawks legend Dominique Wilkins. Remember, this is before he was ever vilified for being a ‘cancer’ to a team. This is before he fell in love with long twos and threes and hordes of analytical statisticians deemed him useless. Josh Smith entered the contest expected to finish second behind Amare Stoudemire. We are 10 years past his moment of triumph and fanfare and everyone seems to forget that Josh Smith was not always seen as an overrated, overpaid money-hole. He opened up with a graceful flush from just inside the free throw line, setting the bar. Next, he took a pass from a seated Kenyon Martin below him and windmilled ( and I mean a REAL windmill) for a perfect score. It was a dunk which had Magic Johnson excited and gushing with praise, in particular. Then, he donned a throwback Wilkins jersey and threw down a windmill from the side a la Nique from his duels with Michael Jordan in the dunk contest. Finally, he showed some serious hangtime with a 360 windmill slam to sink Amare’s chances of taking the crown. He was youthful, had promising potential and seemed to prepare for the event. He didn’t go across the line with any props, he didn’t miss attempts left and right, and he never threw the ball into the hoop ( I’m looking at you, Dwight).

The dunk contest has been a rollercoaster for at least a decade. There have been great contests and ones that put you to sleep faster than a Sixers vs. Knicks game this year. The quality and star power of the players entered in the contest and the amount they care are directly proportional to how entertaining and memorable they are.

I know I’m speaking for everyone when I say I hope the youth in this year’s contest come out with something to prove. Whether they are paying homage to a legend and solidfying their coming out party, or looking to make their mark on the fraternity of dunk contest winners, I want there to be some competitive fire this year. It is hard to get excited about the event (see Nightwing’s prediction) when there is still dissapointment lingering from previous years. One thing is for certain, these guys should be getting plenty high in the air knowing they don’t have to bring the adidas a3 Forum from 2005 in the air with them. Those things had the super heavy heel counter and clunky bounce cushioning that was the norm for big man shoes at this time. I have a few of Kevin Garnett’s adidas signature from this era and they are not fun to try and play in coming from a pair of modern performance shoes.

So, what do you think of Josh Smith’s contest efforts and his shoes? What a difference in ten years! In my opinion, he was oddly calm and collected throughout the contest. He dunked with confidence and let his acrobatics do the talking. Watch and respond! 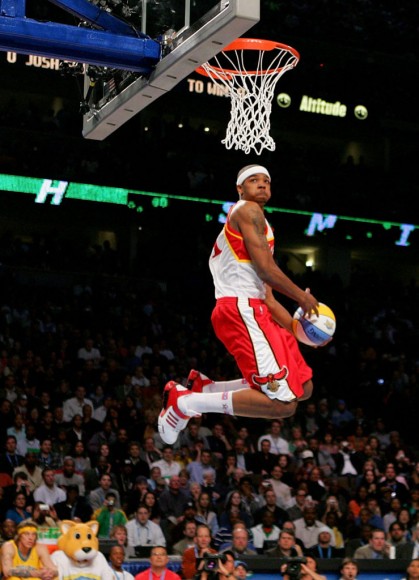 With the All-Star festivities taking place in NYC this weekend, the WearTesters team would like to share their picks for winners amongst for the stacked 3PT contest, the Dunk contest, and the MVP of the All-Star game. No one here is an ESPN analyst or Nostradamus, but we wanted to share our thoughts and opinions and then hear back from our readers in the comments. Be sure to check back into the discussion throughout the weekend and let’s see who ends up calling it right! Also, hit up @WearTesters on twitter through the weekend to engage in some banter about players, their shoes, and their performances. 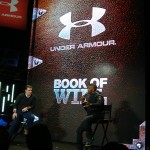 The event featured Under Armour CEO Kevin Plank, special guest Jamie Foxx, the “creative director and author” of the Book of Will, and of course, Golden State Warriors star Stephen Curry. Additional guests included Olympians Natasha Hastings and Manteo Mitchell. The “Book of Will” is Under Armour’s latest global campaign to stay true to their roots and continue supporting the underdogs. 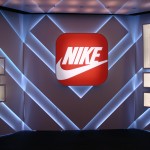 Here is your Nike SNKRS App event recap! The SNKRS app unveiled isn’t revolutionary by any means, and no permanent solution to bots, but the app does offer something that is interesting; the ability to be kept up to date with official Nike information however you choose. 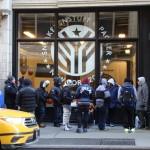 In New York City this morning it was 29 degrees. When I arrived at the Token38 pop up at 8:45am I found a line of eager Reebok enthusiasts waiting. It was bitter cold and windy, but what Sneakersnstuff, Packer Shoes, Jason Markk, Stance Socks, and Reebok have put together for All-Star Weekend is something extraordinary and 110% worth the wait. 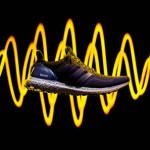 “Best Run Ever”. Tagline for the new adidas Ultra Boost, as put out by adidas Running. I have heard some outrageous claims in my life, but basically saying you have created he “best running shoe ever” is pretty large. But is it false? I know – we should find out!!!! 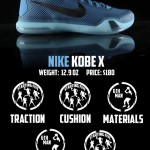 The Nike Kobe X is a solid shoe, especially if you’re body is beginning to age. The traction was awesome, the cushion was solid, materials are not something I personally enjoy, they fit like a glove throughout most of the shoe with some minor forefoot flex issues, and stability is a key support feature that many should enjoy… young or old. Do I think they’re a must have… not really, but if we’re being honest here… then you can get by just fine with a $50 clearance model.

This week marks 11 years since Kanye West changed the rap game and released The College Dropout (technically, it was the third time though). Kanye has haters and hordes of fans as a result of his actions and attitude on the way to the top. He brought relatable problems, understandable diction and lyrics and beats unlike anyone before him. He deviated from the dominance of gangster rap and carved out a niche that has since become the norm. Back then, he was in and out of a small studio recording 15 minutes as a time for what may be the greatest debut rap/hip hop of all time. Fast forward to 2015, and the world awaits the drop of his new sneaker and an impending album to follow…but he wasn’t supposed to make it past 25, jokes on you he’s still alive…and he don’t care what people say.

If you’ve never listened to The College Dropout all the way through then I suggest you give it a listen. It may or may not be your kind of music, but we wanted to give it a shoutout given the occasion and the circumstance. 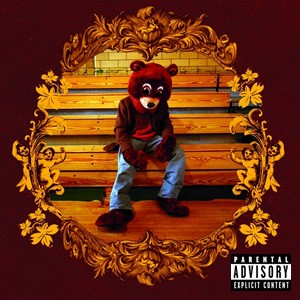 This week, for our spotlight on a basketball writer/analyst, Bryan Toporek of bballbreakdown (fantastic site for hoop heads), Bleacher Report, Hoop365, and quite a few others gets the shoutout. He has some superb articles of late on Eric Gordon’s resurgence, Jeff Green’s impact in Memphis, the future of the Lakers beyond Kobe, and many more. He provides great insight and enlightening deep dives into statistics on numerous occasions. Further, he is probably one of the few Sixers fans remaining that will openly admit their allegiance.

Seriously, check this guy out and keep an eye out in the wordplay section on each Weekender for someone new to learn from. Next time you get into a debate or discussion on basketball, don’t just cite numbers and stats that you’ve seen on TV or Twitter, read and understand as much as you can with the help of knowledgeable writers like Bryan. 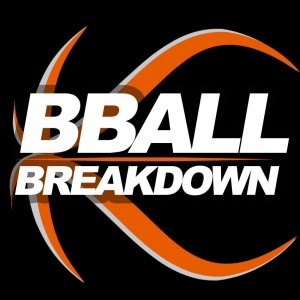 That concludes this weeks Weekender segment from the WearTesters team! I hope you enjoyed reading and encourage all of you to engage in discussion in the comments below. We will be actively participating in the conversation both in the comments section and on Twitter. Let us know what you think of our All-Star weekend predictions, our music suggestion, the writer of the week, and anything else in the Weekender segment!