If you smelllllll… then you must have been working hard in the new Under Armour Project Rock 2.

That’s not hard – it’s a shoe that makes you want to throw weights. How does it hold up across different activities and workouts? Well, you know how we do…

Buy at Under Armour

Based on the Tribase trainer from earlier in the year, the Rock 2 goes completely away from the turf-stud pattern of the Project Rock 1. The overall pattern is flat with flex grooves cut across the forefoot in a diamond pattern while the midfoot and rear are simple line patterns. The flatness of the pattern really contributes to the stability underfoot and gives you plenty of rubber to wear through but just enough flex to keep the shoe from being too stiff for box jumps, jump ropes, and short runs and sprints. The pattern even worked well on gym floors if I got crazy and didn’t change into a hoop shoe (on lift days I don’t play unless it is a quick game of 21 or three on three). While wet, which I did try during a couple of short rain bursts, the pattern held on concrete well but was a little slippery on grass, so I recommend if you do a lot of ropes/football-type training that you stick with a nubbed outsole. Overall, for any gym activity, this is a much better pattern than the PR1.

While the PR1 used Micro G, which used to be one of my favorite cushioning systems ever, it was so encased and stabilized that there was little to no compression at all. While under the heavy bars that was great – no instability on deadlifts or heavy squats. However, for anything with high-impact, the Micro G was stiff and unforgiving. The Project Rock 2 uses HOVR, and looks like the Phantom (one of the most cushioned runners on the market) but don’t expect that softness. The PR2 feels more like the Curry 6, but for those of you who STILL haven’t tried that shoe, here goes – the PR2 has just enough cushioning feel to absorb landings from any jumps or drops while still being stiff enough around the edges to keep the midsole from rolling under heavy loads. While I found the HOVR Phantom too soft for real running or lifting, the PR2 feels great in every action. I even put about 20 miles in on the road and treadmill/elliptical and the cushioning was sufficient to keep my knees and ankles and lower back from yelling. One final note – the insole uses the same Speedform as the HOVR Phantom (the zonal padding all under the foot) so step in comfort is serious as well. Overall, huge jump from the Rock 1.

The materials aren’t changed much from the PR1 as far as technology – it’s more about placement. There is still a knit upper with fuse overlays and a stretch-knit collar, but the knit is tighter, the overlays placed better, and the collar is integrated into the lacing system better.

Starting at the toebox, the knit is thick and backed with a foam padding, limiting the stretch. This is great for lateral movements – it keeps your movement off of the footbed to a minimum and also takes up most of the dead space in the toebox, giving a true 1:1 fit. There is a small area of fuse overlay over the big toe to help durability if you use these for any rope-climbs, but otherwise straight knit.

Moving back to the midfoot, we get a molded-mesh panel on both sides of the shoe covered in thicker fuse where the lacing begins. It’ all about stability and durability and these panels help greatly with both. The tongue is a lightly padded stretch-mesh and allows for some adjustments to width, although the one-piece upper doesn’t let you get too crazy.

The collar is more of the stretch-knit, allowing the foot to slide in fairly easy, although a heel pull-tab would have helped some. We also get an external heel counter that, again, feels like the Phantom, but instead of the UA logo we get the freaking cool Rock bull logo.

WAY improved from the Rock 1. Where I had to go down a half size (almost a full size, to be truthful) and still had way too much movement laterally to feel secure in hard movements, the PR2 fits like a sock and hugs my foot in every nook and cranny. The overlays are placed better and the lacing system works. The HOVR midsole flares just enough under the forefoot to provide an outrigger effect. The Speedform interior takes up any empty space you might have thought you felt, and the contoured heel padding in the interior stops any slipping. Even being a one-piece upper, the Rock 2 lacing system works and works well, although I did get a bit of lace pressure when laced super-tight at the top laceholes. For those that want a little more security in the heel Under Armour was kind enough to add a lace loop farther back and down from the top loop to help pull your foot into the heel cup and add some stability.

As for sizing, go true to size. Where I have to go up a half size on the Phantom and down a half size on the Rock 1, the Rock 2 was right where it was supposed to be, and the knit forefoot wasn’t rough at all, so it is possible I could have gone down half for an even tighter fit (but I wouldn’t).

As most of you should know by now if you have paid attention to my training reviews – training shoes ARE NOT supposed to be heavily cushioned. They should be just cushioned enough to absorb some impact but overall be stable and solid under foot – that’s why sometimes you will see a Hall of Fame ranking on a training shoe after we have said “not much cushioning” – it’s all about doing the job. The Rock 2 had potential to be a disaster – HOVR can be way too soft, depending on the tuning of the Energy Web holding the HOVR in, and on what he carrier foam is around the web. Luckily, the PR2 has a stiff foam heel carrier to keep the HOVR controlled – there is no need for a midsole to crush under a 500 pound squat bar and the weights come crashing down, hopefully behind you. The Rock 2 was built for heavy loads. From the midfoot through the forefoot, that webbing you see is the HOVR/Energy Web construct, and it is wound tight. While it is cushioned enough for a light run, it is still solid enough to not deflect and crush under landings. Couple all of that midsole goodness with the Tribase outsole design and you have a solid trainer on your foot.

If you are looking for a strong, stable trainer with just enough cushioning to take on the treadmill or basketball court, then you should definitely give the Project Rock 2 a go. The HOVR feels great under foot and the knit upper makes you feel like skipping work and staying in bed. If you are looking for a sleek trainer in the mold of the Reebok Nano or Nike Metcon you may want to check something else – the Rock has a little more bulk than both and uses that extra well (kind of like the new Tyra Banks).

It is still strange to me to see The Rock grow his brand as large as his shoulders. I can remember being a wee 20-something and watching Monday Night Raw just to see what he would say next and now he is one of the highest paid movie stars ever. The best thing about him is still his personality, at least in the public sector – a hard worker who paid his dues and respects everyone. For my money, two athletes have crossed all lines and made believers of most people – Michael Jordan and Dwayne Johnson. As I have aged, and every trip down the floor feels like I may bust a three or never play again, I have started lifting heavy again, something I enjoyed when I was younger. Watching the Rock at age 48 work himself like he does is inspiring, and wearing his shoes makes me think “sometimes I dream, that he is me…”

Buy at Under Armour 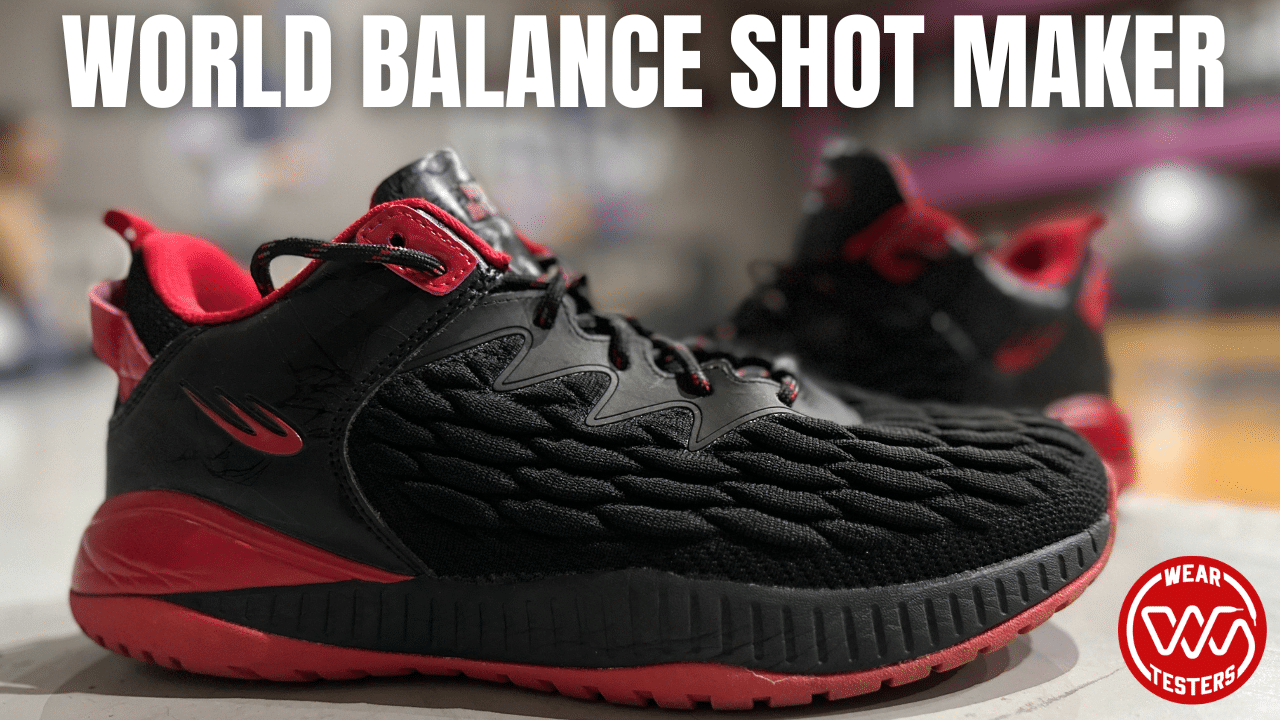 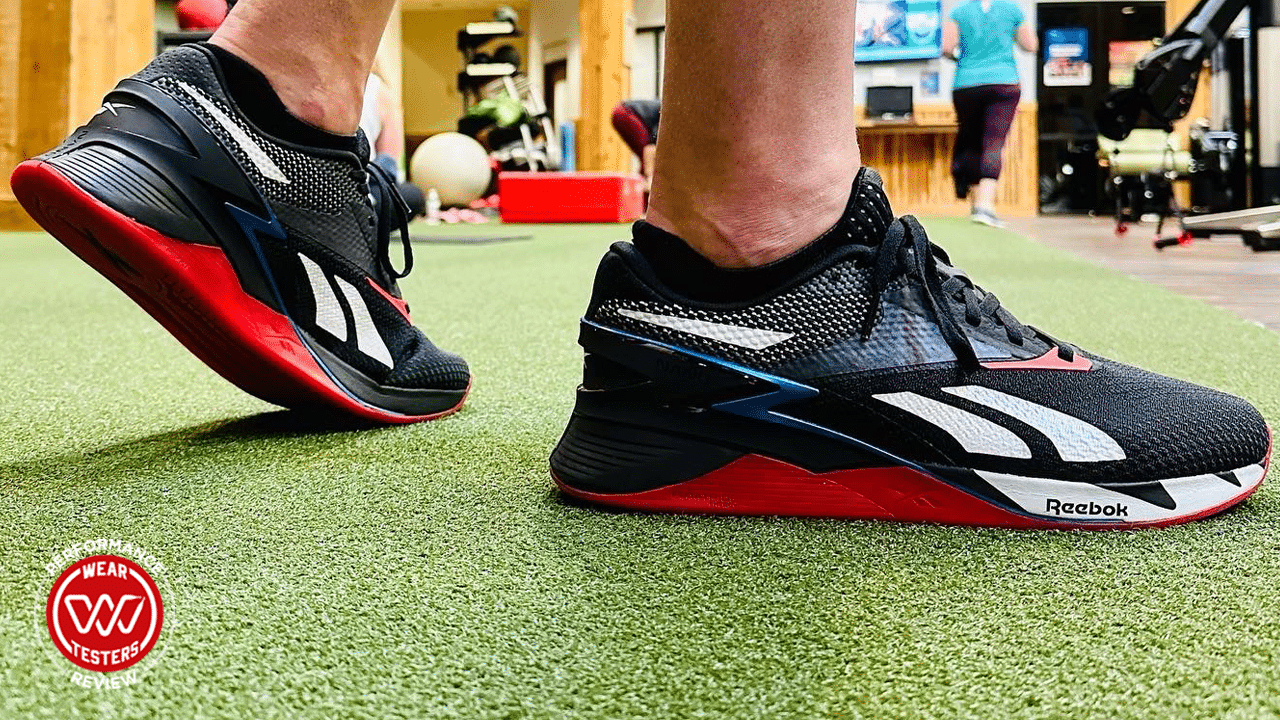