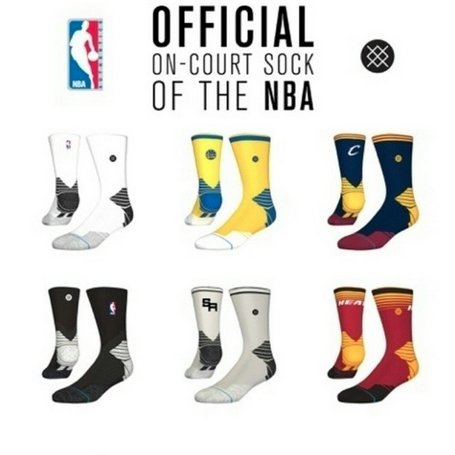 Stance Socks has inked a deal to become the exclusive sock provider of the NBA. Yeah, the sock game is that serious.

Stance actually puts out some really awesome performance socks, I prefer wearing them to most of my other socks with the exception of the original Nike Elite’s. But with the design/ colors/ printed thing being more popular than ever on socks, it makes sense that the NBA takes advantage of this to get more people wearing NBA branded clothing… from head to toe.

If you wanted to read some more interesting things on the company then check out the full write-up by Darren Rovell – here – and feel free to leave your thoughts on the partnership below in the comment section.

Today we announced a multiyear partnership with the @NBA that will make Stance the league’s official on-court sock provider beginning next season. We couldn't be more excited to bring new product design and performance technology to the world's best! @stancehoops #stancehoops #stancenba #theuncommonthread