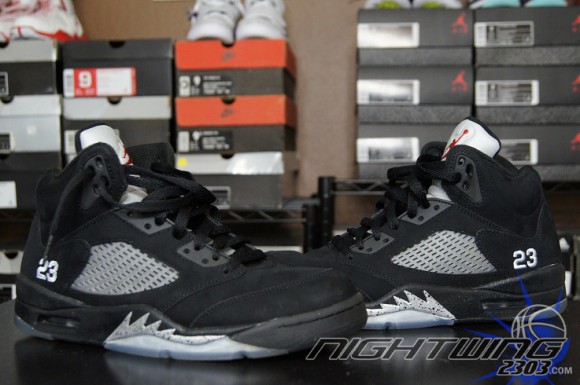 Well… the Air Jordan V definitely doesn’t play as good as I remember. They aren’t horrible but when you are young you can pretty much play in anything you want without too much worry yet when you get older your needs change a bit as does your playing style. 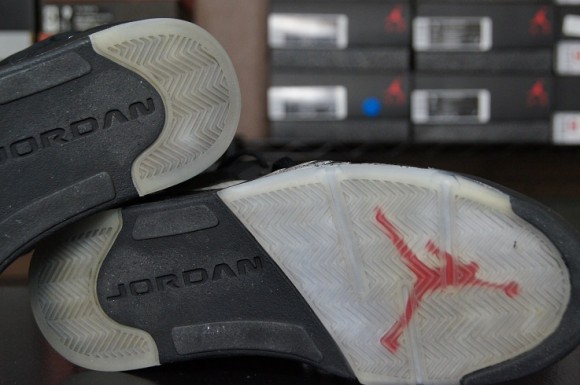 Traction at the forefoot is actually pretty good. Just keep up with the occasional wipe to remove debris buildup and you are pretty much covered from a front to back standpoint. Hard cuts and crosses can be performed with the traction as well but the forefoot fit is pretty sloppy so while your shoe may not move around your feet will which isn’t the best combination for on-court use. 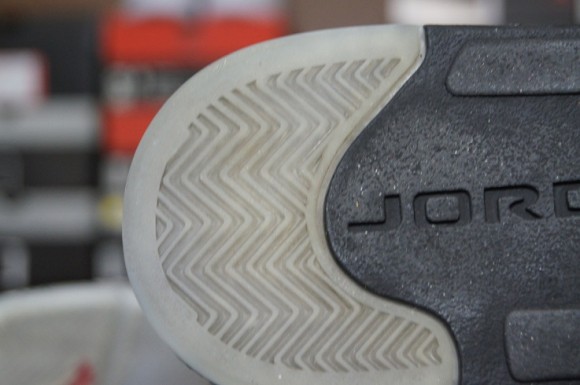 The heel is where I have an actual issue. When on a fast break or slashing hard to the basket – I strike the floor from heel to toe – I didn’t receive a firm grip to the hardwood as I had hoped. This causes some hesitation when in motion and I prefer to not have to think about my foot being planted firmly or securely when moving at a fast pace.

This issue may be caused by two things:

1.The smooth edge around the heel portion of the outsole didn’t offer much grip.
2.The translucent outsole collects dust & debris; if it were solid rubber I’m pretty sure this wouldn’t be a huge issue at all. 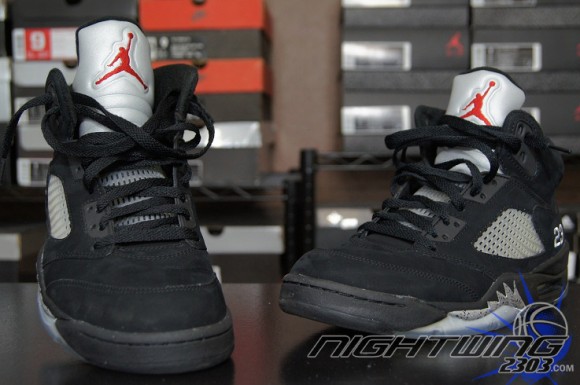 I’ve pretty much gotten used to the minimal cushion on these older models… you sort of have to build up to it if you are used to playing in modern day sneakers. At this point in time I wouldn’t say these are bad but they aren’t as good in some areas as the Air Jordan 1-4, in my opinion.