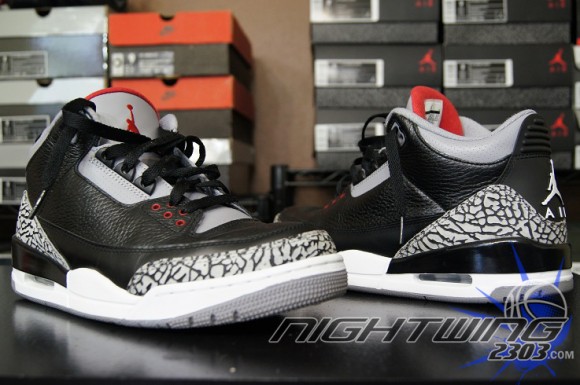 Unfortunately, I’m going to have to gracefully call it quits with the Air Jordan III Retro as far as on-court performance. My knees can’t handle the unforgiving nature of the Polyurethane midsole and lack of compression… However, I have gathered enough information within my 10+ hour playing experience to give a decent review.

Hit the jump for more info… 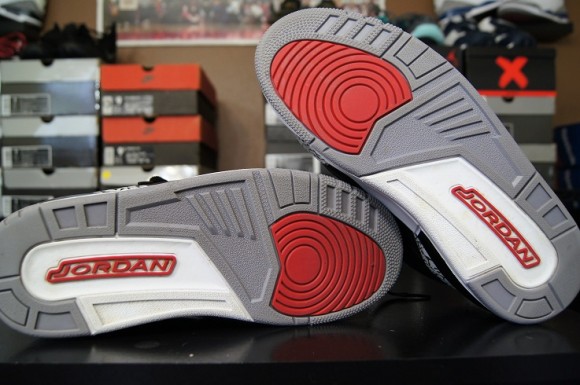 The overall fit is pretty good; it’s exactly what you’d expect from a shoe designed in the late 80’s to early 90’s… not perfect but definitely playable. One thing I didn’t enjoy was the rubber tip that cups some of the forefoot. Usually this isn’t bad but the way these were designed is where I had some issues. 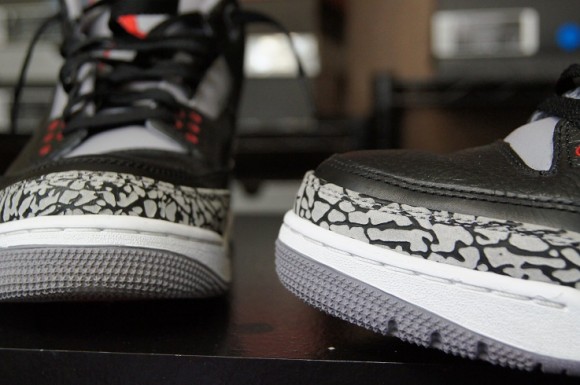 Your forefoot is pretty low to the ground and the design actually places your toe in-line with the rubber, not sitting above it but directly in-line with it. Casually this isn’t noticeable but when you are playing you end up jamming your toe into solid rubber versus leather, Flywire or whatever materials are used in that particular model. The use of some sort of padding would have been nice and since I don’t own an original pair I can’t tell you if this is true to original form or a shortcut in construction. Either way, these caused me more pain than I would have liked from almost every aspect of the shoes build. Doubling up on socks would be highly recommended but it won’t solve the problem completely. 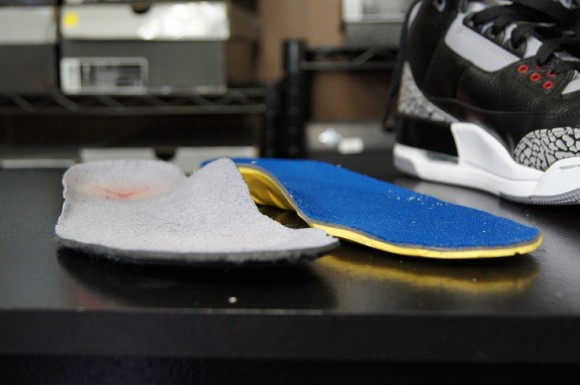 In my last Teaser I had went over the cushion a bit. The insole that comes with the shoe is horrible and thin… the foam was worn out within a few hours. I swapped the insole for SofSole brand – the best insole I could find – and it did help a little. 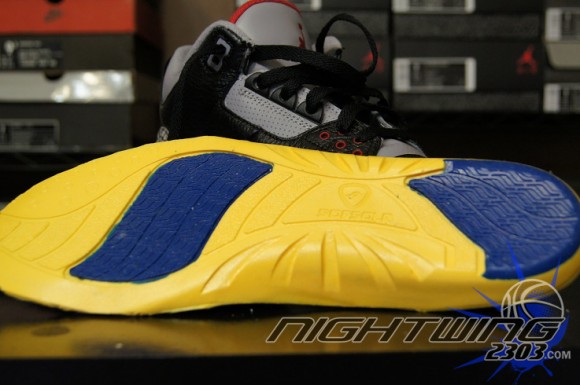 I was able to play without much pain to start but as the time goes by my shins & knees started hurting. With the insole swap I was able to provide myself with some much needed cushion but because the midsole is so dense it couldn’t completely resolve any of my previous issues. 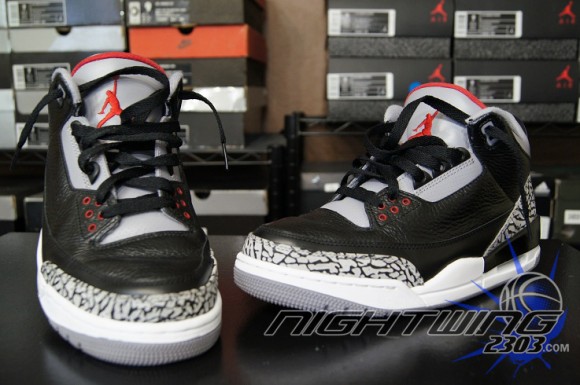 As stated above, I have enough information to be able to complete a full review as well as a good idea for what I’m about to be in for with the Air Jordan IV. If you are young and have fresh legs these are playable if you wish to play in them but I wouldn’t recommend it at all.

Playing in the 1’s & 2’s were a breeze & I thought it would only get better with each increased number in the series… far from true. One good thing has come from this experience; I have a new found respect for players who played the game in shoes made in this era and for those who have played before.