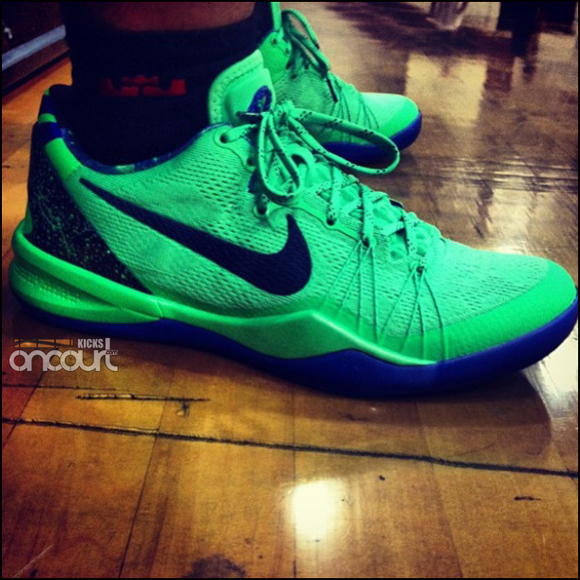 They are slightly more durable but performance wise, they’re nearly a wash. 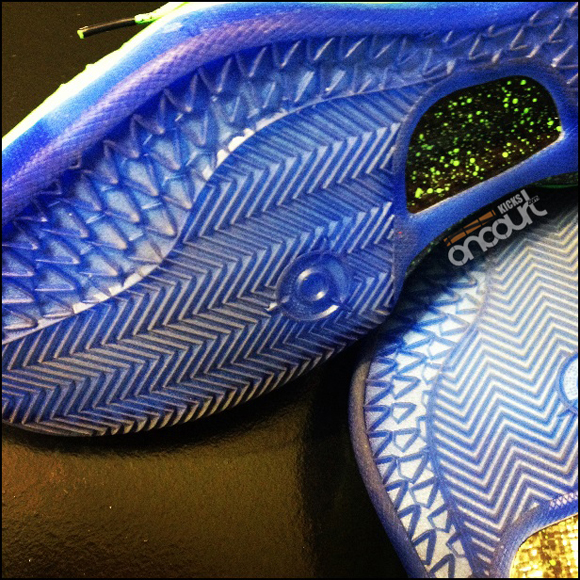 Traction – The traction on the Kobe 8 SYSTEM and Kobe 8 SYSTEM Elite are exactly the same. No changes whatsoever and that isn’t a bad thing. Traction overall is great so not changing it isn’t something to complain about. 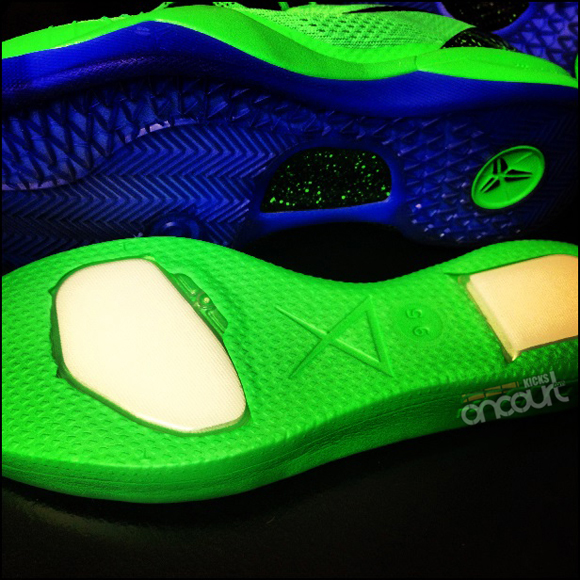 Cushion – This is where the system part finally comes into play. We’ve had the Lunarlon and the Nike+ enabled midsoles (heel Zoom Air & Cushlon) but this is the first time that Zoom is used in both the heel and forefoot. Since its bottom loaded, you wont receive the responsiveness directly under foot that you are used to with typical Zoom placement. That does not mean that the cushion system isn’t working, it just means you cant feel it working. This setup wouldn’t be so bad if they would have still used Cushlon as they do with the Nike+ midsole option but they went with Phylon instead and that is much more firm. Comfort wise, I prefer the Lunarlon over all. 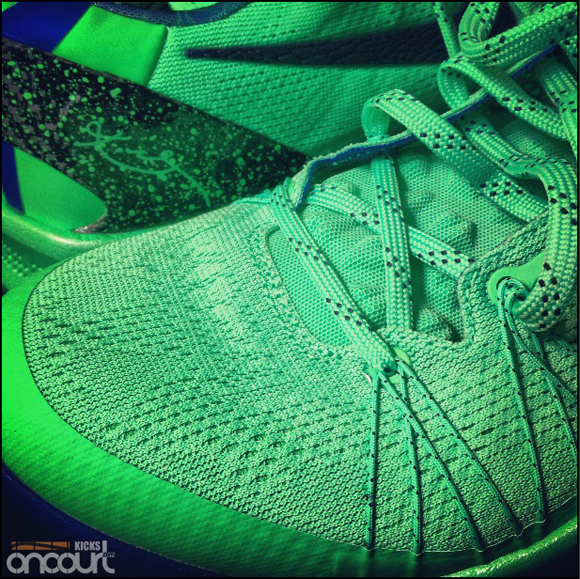 Material – Engineered Mesh is used once again but its woven differently as a double layer instead of a single layer mesh that was used on the original. This gives it a plush feel and it’ll hold up a little better than the single layer mesh. Carbon Fiber replaces the TPU heel counter and that just gives additional durability as well. Performance wise, it all plays the same. The Flywire is nice and works but these worked well without it too. 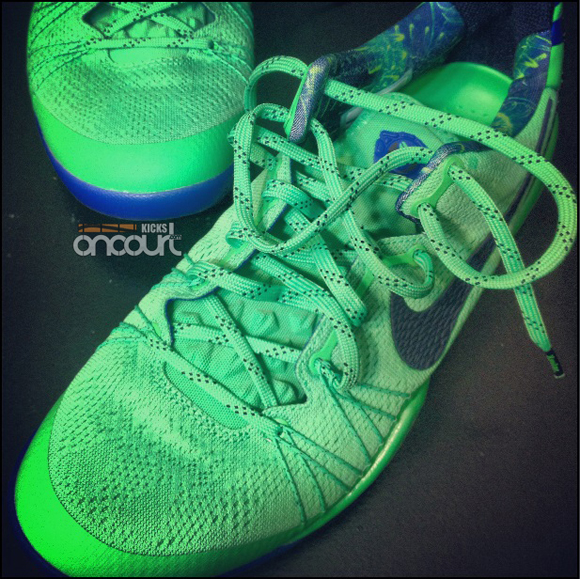 Fit – They fit true to size and lockdown is perfect, just as it was before. One nice touch is the padded tongue. You can really lace these up tightly if you wanted to without any pinching or pain. 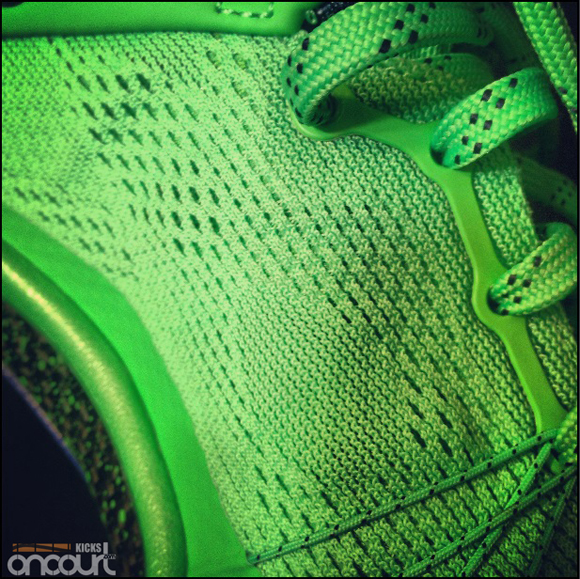 Ventilation – The overall ventilation is increased slightly but nothing too major. There is a little less TPU used under the mesh so you get a bit more air flow. Again, nothing major but something to note. 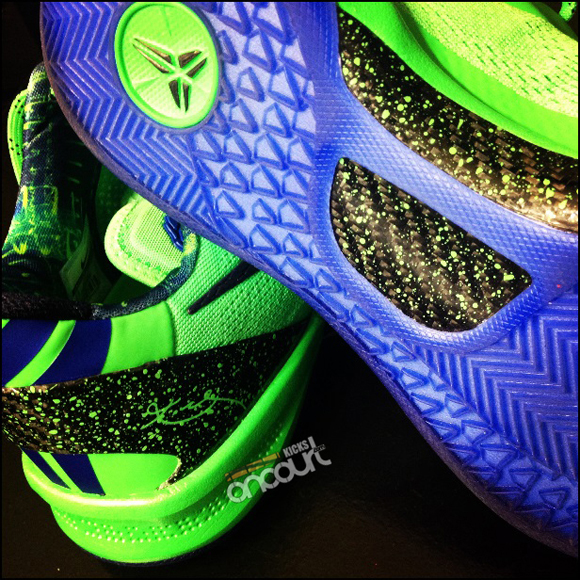 Support – Their overall support is the same but with the heel featuring Carbon Fiber you’ve decreased your chances of the heel clip breaking – I only mention it because I’ve seen it on my friends pair. Because of this, and the fact that the Carbon Fiber is sturdier, they have increased just a tad bit. 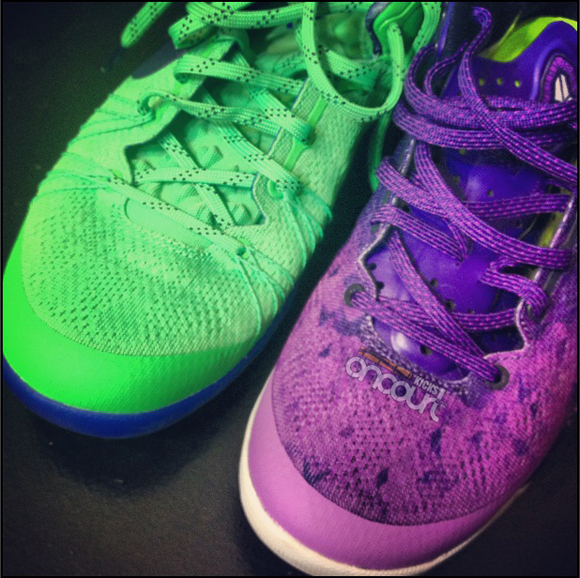 Overall – They still play like the Kobe 8 and if you decide to swap midsoles to a Lunarlon then you will literally have the same playing experience as you had before. Really not worth an entire $60 upgrade but if they go down in price at all then that would be a sweet deal. 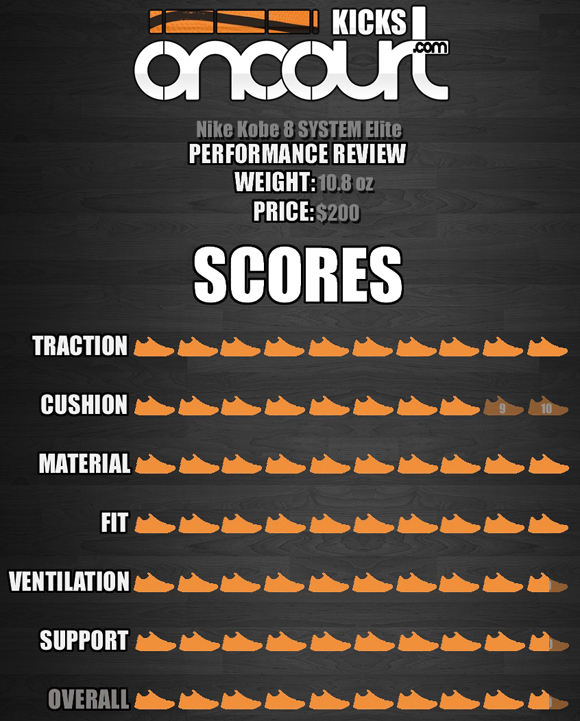