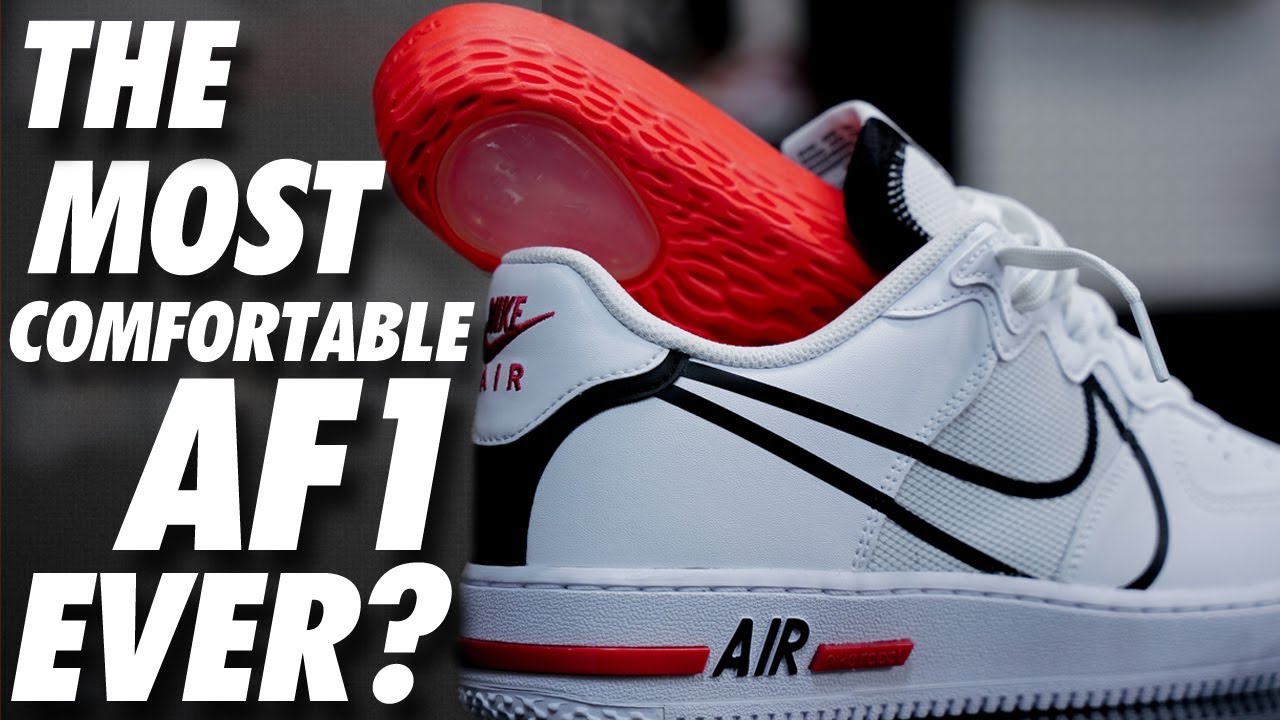 Is the Nike Air Force 1 React the most comfortable Air Force 1 ever? That’s the question we explore in our detailed look and review video.

The Nike AF1 React does something rarely seen in a lifestyle shoe in order to achieve extra comfort: a drop in midsole. The drop in midsole features full length React, a Nike Air bag in the heel, and a texture (even on top) that looks exactly like the React midsoles on shoes like the Nike React Infinity Run and the Nike Epic React Flyknit. In the video, Chris tries out the drop in midsole in other shoes and tries various drop in midsoles from basketball models in the AF1 React (to varying degrees of success).

The Nike AF1 React also features D/MS/X branding on the heel. The D/MS/X branding is short for Dimension Six, which was one of the original options (and rumored to be Phil Knight’s favorite) for renaming Blue Ribbon Sports. Of course, they settled on renaming Blue Ribbon Sports to Nike, and the rest is history. It’s still cool that they’ve found occasional ways to work in the branding of the other names onto various shoes.