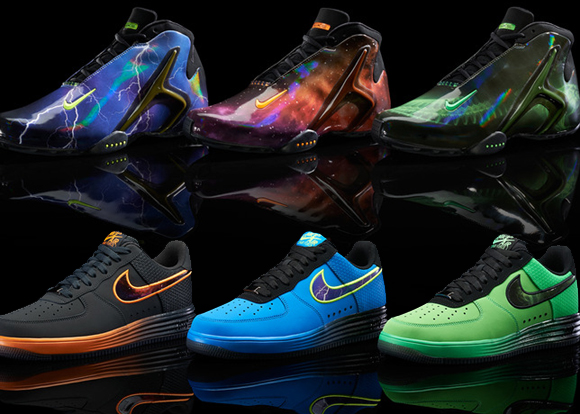 Lunar Force 1’s and Air Hyperflights have the power to turn heads with a single step.

Detailed images and release information available after the jump. 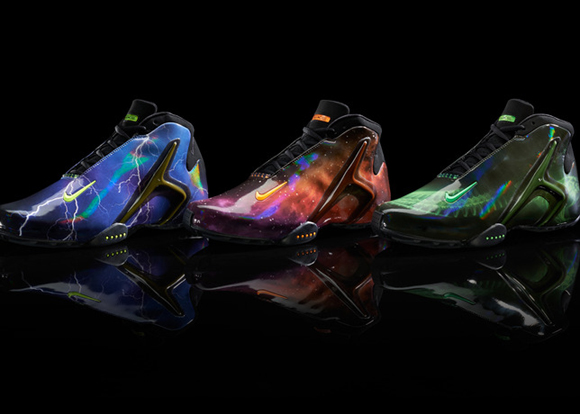 Raining down long-range jumpers; thunderous, posterizing dunks; dribbling through entire defenses – these are the qualities of superhumans.

Nike honors these stars and their super powerd status by championing Kevin Durant’s lightning speed, Kobe Bryant’s unparalleled snake-like vision and awareness, and Lebron James’ diamond-hard toughness. Two celebrated sneakers are aligned with each player; The Nike Air Hyperflight and the Nike Lunar Force 1. Both were founded on the principles of making footwear as light as possible

The Hyperflight’s designer, Eric Avar, thought back to his meetings with Bill Bowerman and remembered 1 key question:

“Can you make it lighter?”

When the shoe released in 2001, history was made with the Air Hyperflight as it was the first Nike basketball shoe constructed with traditional performance running ideology, providing superhuman speed to whomever wore them.

The Lunar Force 1 was also built on the concept of reduced weight. The shoe’s use of Nike Lunarlon foam and Hyperfuse construction drastically reduces weight as well as increases comfort and breathability. The result: a super comfortable shoe with a super stylish exterior.

The “Superhuman” collection will be available on March 29 at select Nike Sportswear retailers. 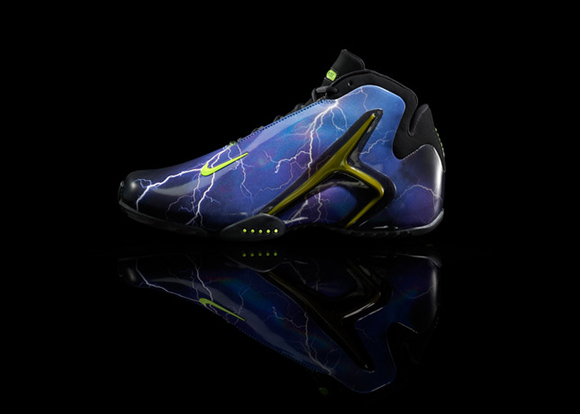 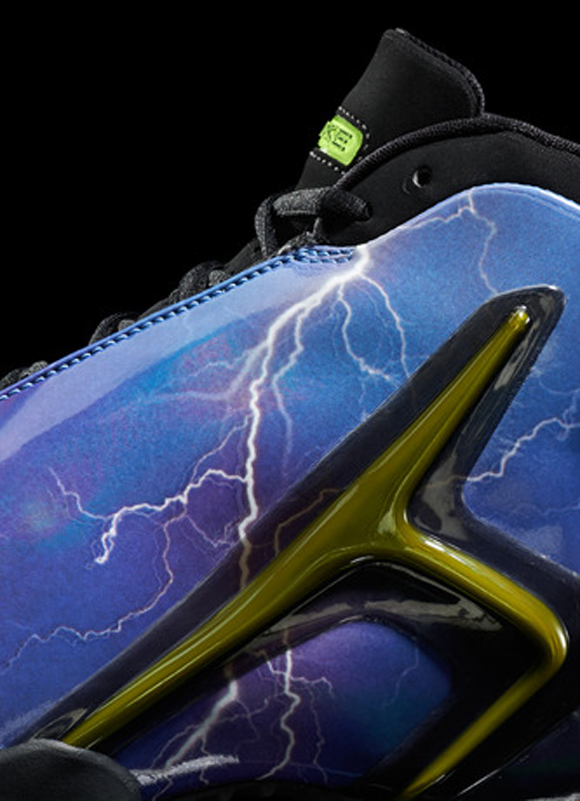 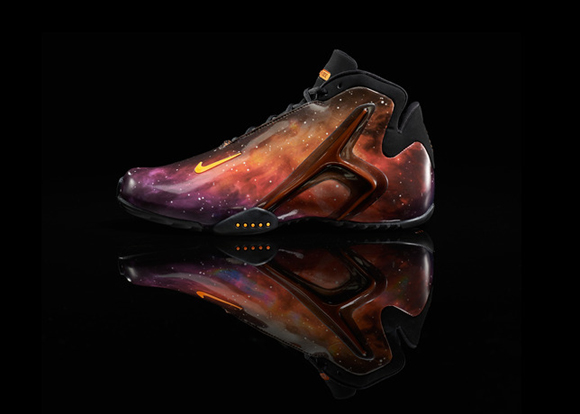 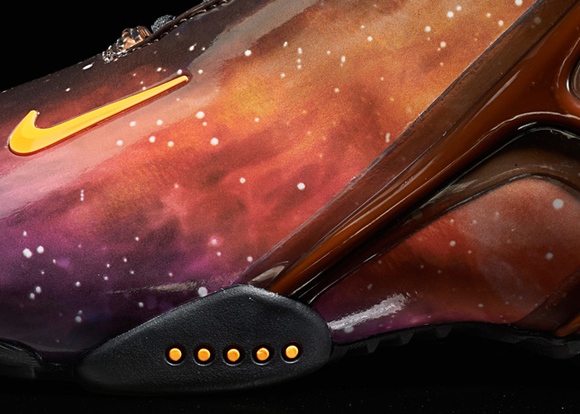 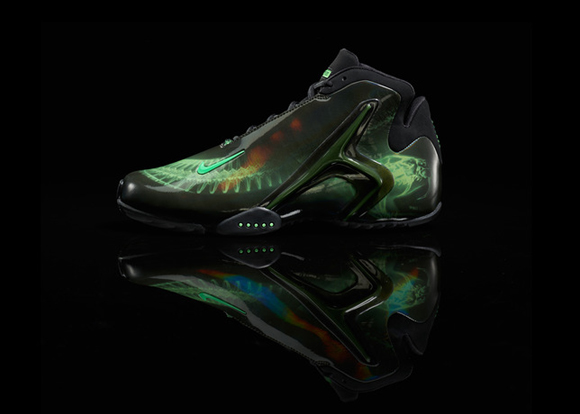 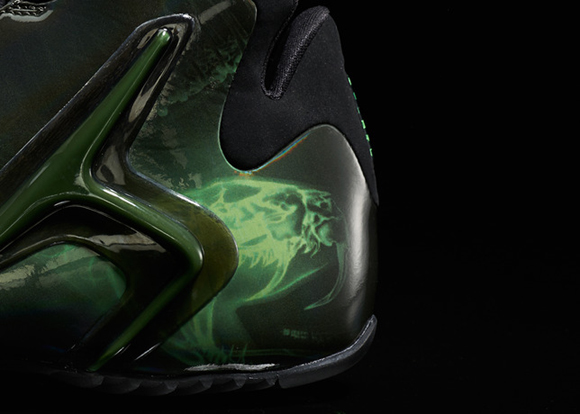 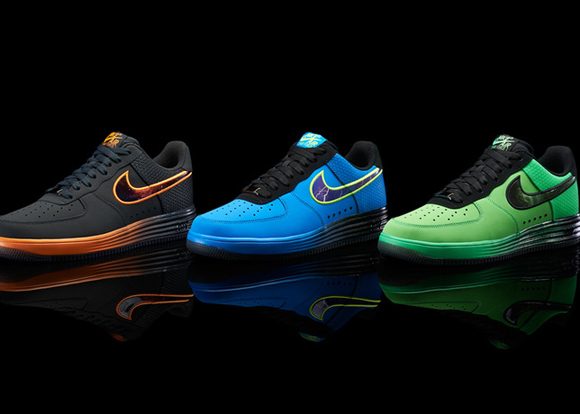 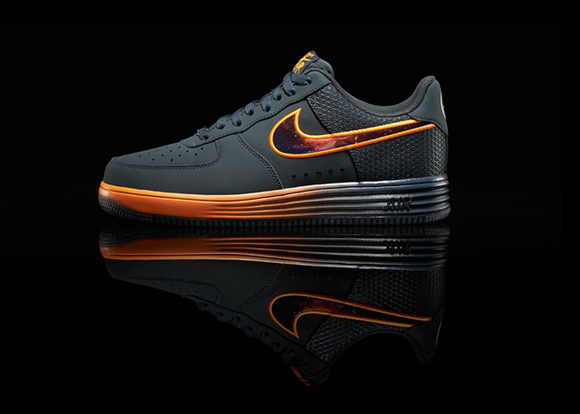 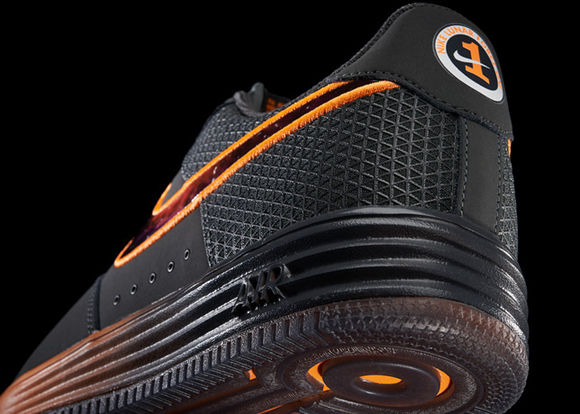 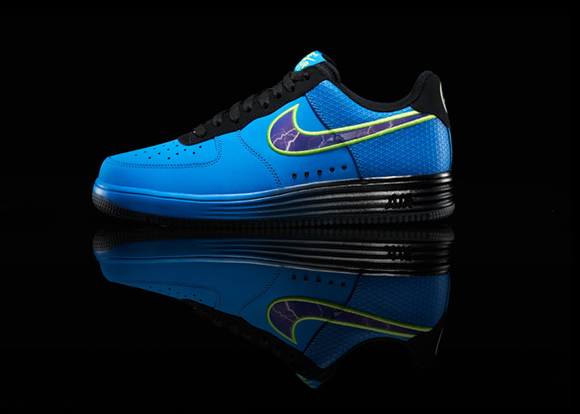 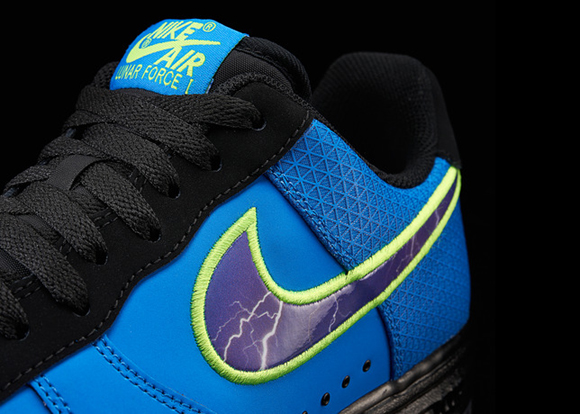 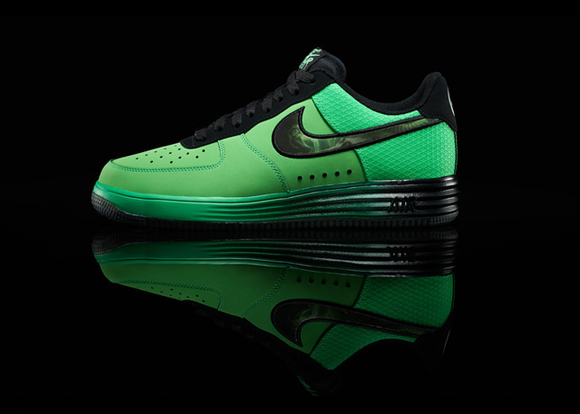 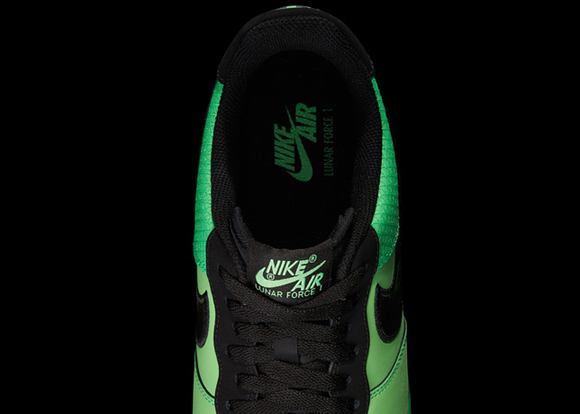