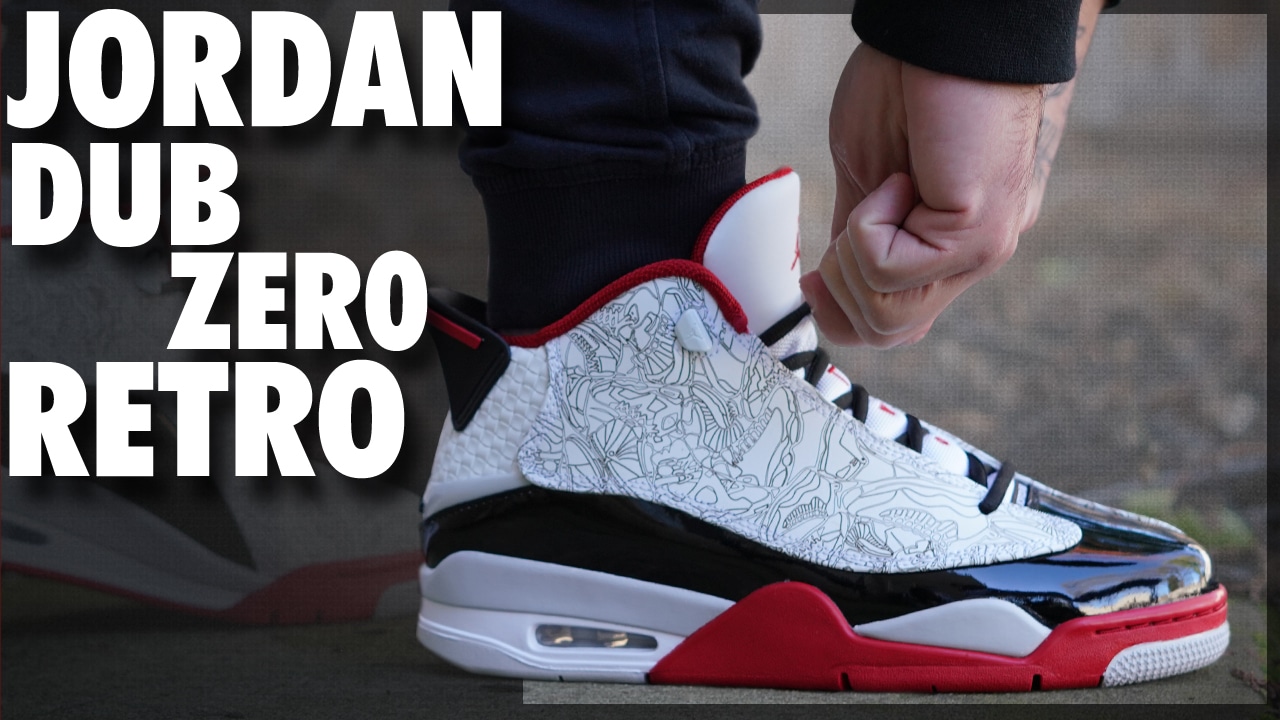 The Jordan Dub-Zero has finally returned in Retro form in one of its original colorways.

We’ve seen a number of colorways release for the Jordan Dub Zero over the years, but we have yet to see the original colorways make a comeback… until now.

This White/Black/Red colorway was one of 4 OG colorways to release back in 2005. You can also add in a 5th White/Navy colorway, but those wound up dropping the following year in 2006. We hadn’t see the shoe in years and then out of nowhere in 2009 the shoe came back in a slew of colorways.

This particular pair and the ‘Laser Blue’ were my two favorites out of the bunch, but I was never able to grab a pair. None of the newer colorways that had released afterwards were never quite enough for me to grab either, especially when I could just wear a Retro AJ4 in the same color scheme. However, I’ve always loved these and the ‘Laser Blue’ so once these hit retail I knew I had to grab a pair.

Hybrid Jordans are frowned upon in today’s current sneaker world, but if you remember the Jordan Dub Zero fondly then you may enjoy seeing these return once again in its OG look.

You can find the Jordan Dub Zero available now at FinishLine.com for $150.