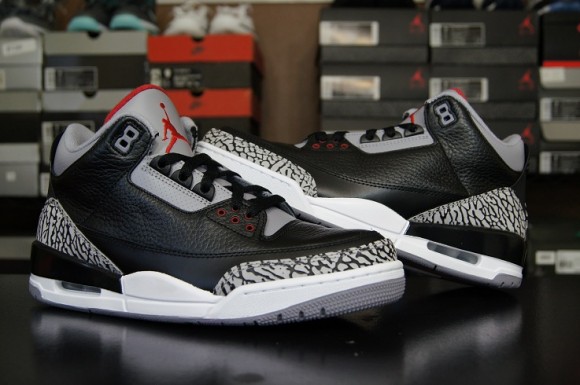 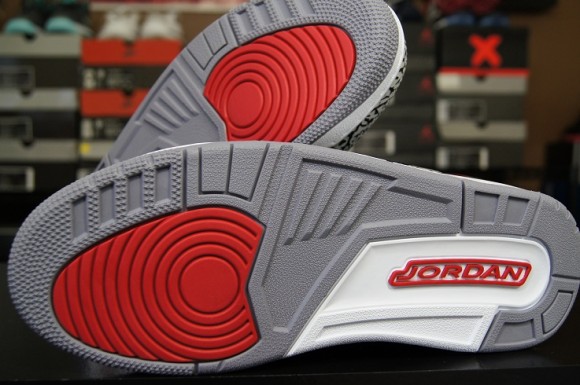 Traction – It looks decent in most areas and less than desirable in others. My main area of concern in the pivot section… its large and smooth. The ribs within the pivot point are thick and don’t offer much flex at all. 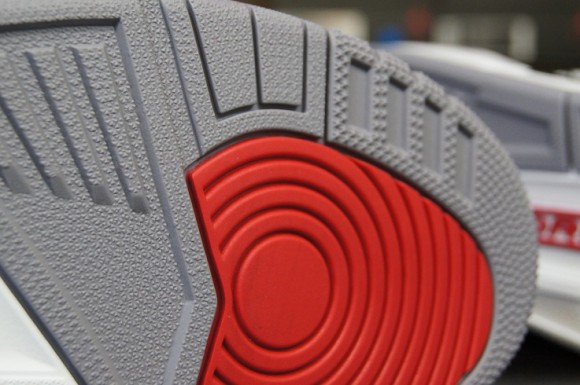 The good news is that texture – Like the AJ2 – is plentiful throughout so most of the foots surface is covered with something. 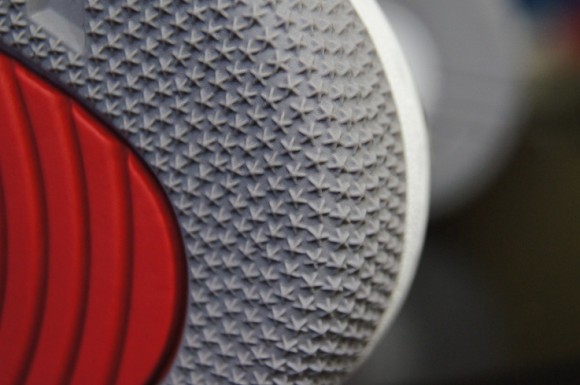 The original Air Jordan III & early Retro models had stars for additional grip on the toe yet the 2011 version have enlarged these stars which should be good performance wise in order to avoid a potential slip while pushing off from the toe. 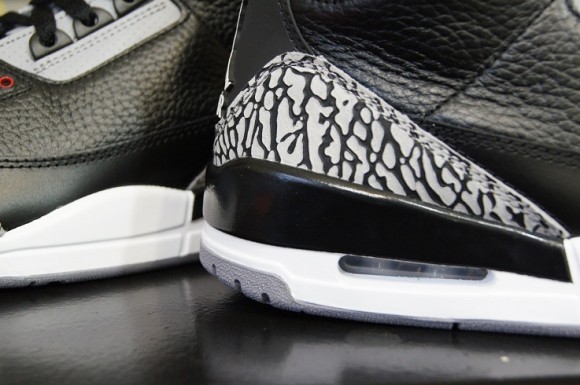 Cushion – A Polyurethane midsole houses two Air units; one in the heel and one in the forefoot. Last years Air Jordan III’s all varied on their midsole cushion… at least in my opinion. The White/ Cement, True Blue & Stealth (The only other IIIs I have from 2011) all have a firm midsole while the Black/ Cement have a softer midsole which is very prone to paint cracking. I’ve opted to go with the Black/ Cement colorway for two reasons; the midsole will be more comfortable & they were the last AJIII to release making them the most recent version released. 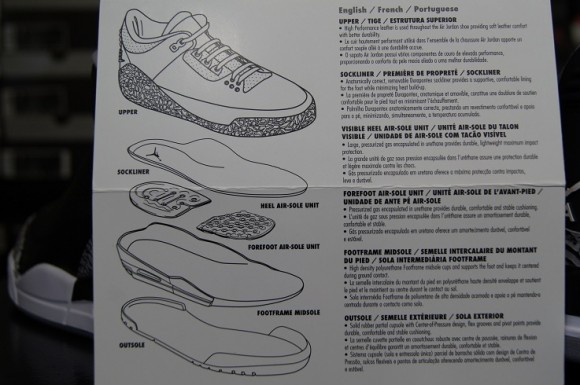 I assume everyone has the Air Jordan III Retro from 2011 so you already know what is inside the shoe due to the card they came with. Just in case you don’t have a pair, this is how the AJ3’s build looks like when taken apart. 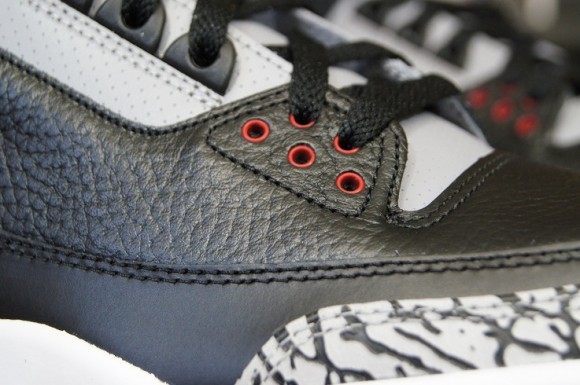 Material – A full leather upper is used. The leather is soft… almost weak to a degree. Who knows how long this softer leather will last on court as opposed to the stiff leather used on the recently released White/ Cement IV.

I assume the toe and heel elephant print panels are for durability and protection of the main upper. 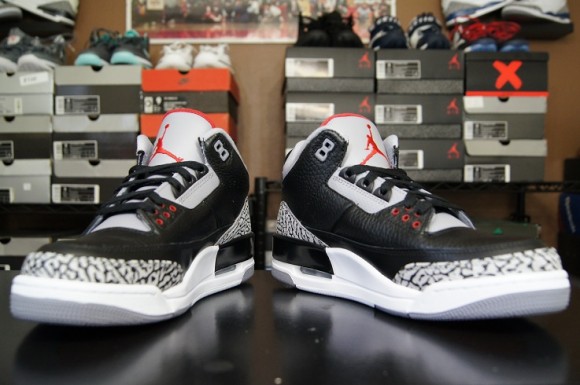 Fit – When being worn casually I chose to stick with my regular sz 9. After actually lacing these up as I would on-court, I probably could have a sz 8.5 for a more secure fit. If these end up not working out because of the fit, I have one pair of True Blues in a sz 8.5 I can use just to see if it makes a difference. 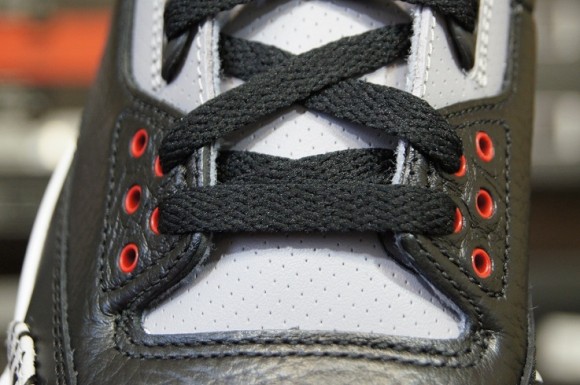 Ventilation – The perforations placed along the tongue, eye-stay and collar aren’t going to provide much of any air flow. While the perforations are there, they don’t look as if they even puncture the leather… in other words… the perforations are just for show at this point. This might be the pair where we see if today’s Retro products are suitable for on-court wear. 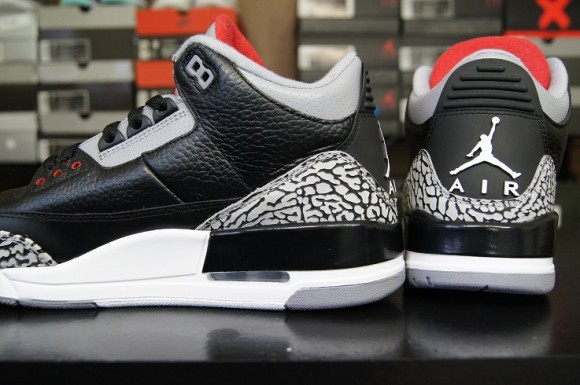 Support – The midsole is sculpted much more than the Air Jordan II so this is a definite upgrade. These also have the rubber heel tab which is similar to the AJ2 but doesn’t look as if it’ll provide as much support as the aforementioned model. I was dead wrong in this category when I wrote my First Impression on the AJ2 so there is a very good chance I’ll be wrong here as well. 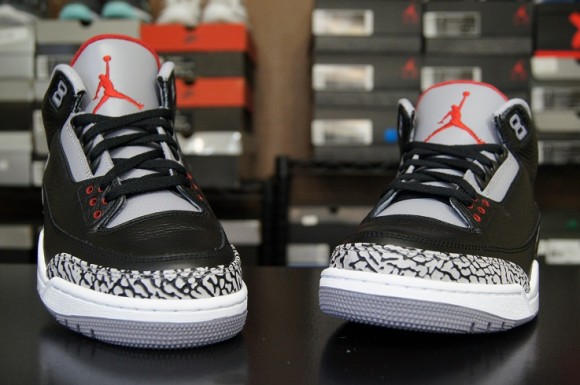 Overall, looks as if the Air Jordan III is an upgrade in the cushion department. Other than that, we will just have to see how it goes. I will not be taking these on-court until next week due to other sneakers that need to be finished up but at least I have gotten the First Impression out of the way.