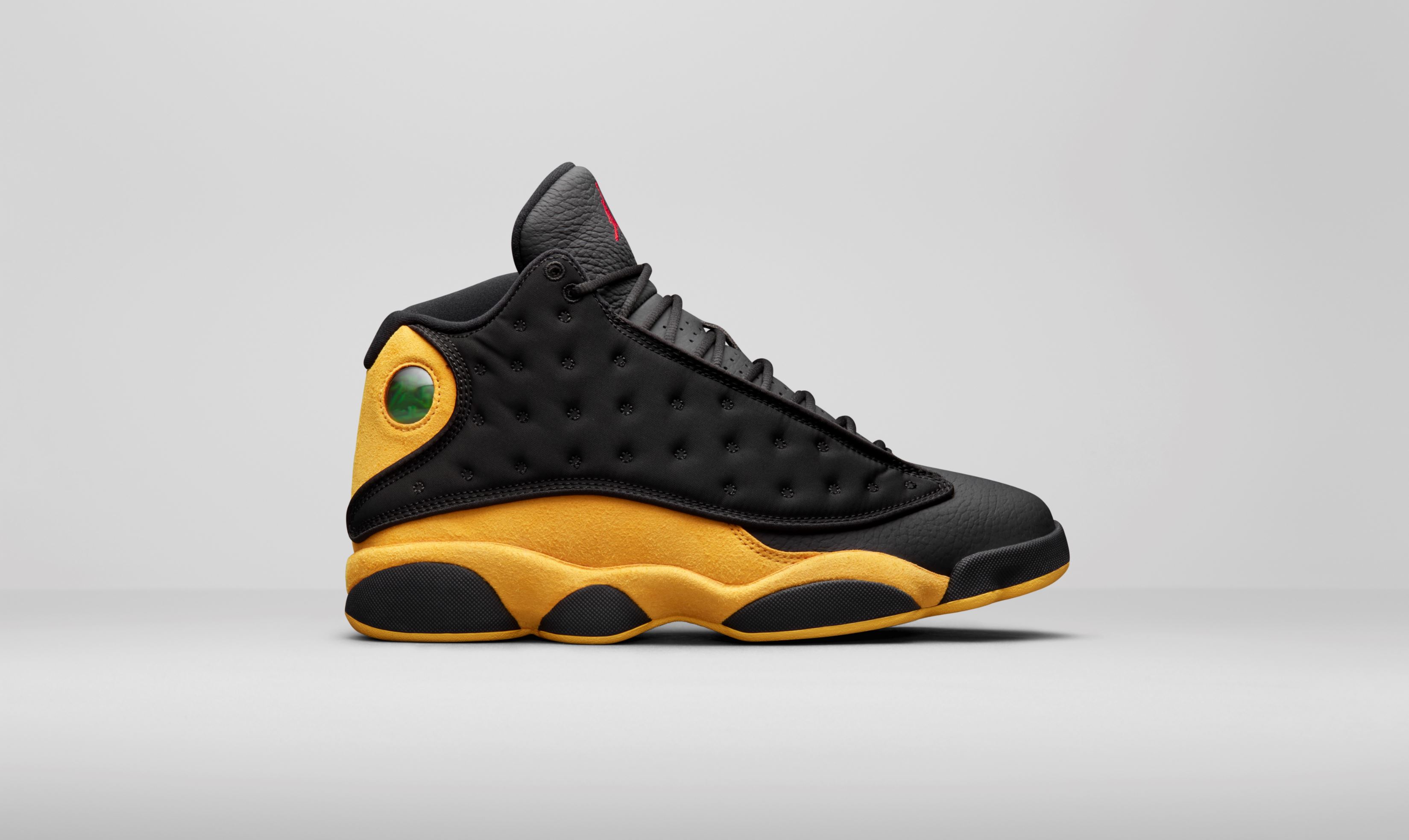 The Air Jordan 13 ‘Class of 2002’ has been equipped with a striking Black, University Red, and University Gold colorway to honor Carmelo Anthony’s high school, Oak Hill Academy. Located in Virginia, Melo averaged 21.7 points, 8.1 rebounds, and 4.0 assists during his senior year at Oak Hill, according to USA Today, and was named a USA Today All-USA First Team and a Parade First-Team All-American.

The same year, he was selected to play in the Jordan Brand Classic, where he scored a game-high 27 points, and the 2002 McDonald’s All-American Game, where he played with Raymond Felton and Amar’e Stoudemire (both would go on to be future New York Knicks teammates). In that game, he scored 19 points and won the Sprite Slam Jam dunk contest, according to JockBio.

The Air Jordan 13 ‘Class of 2002’ features a leather, nylon, and suede build with personal Carmelo Anthony details like the Melo logo on the right insole and “Class of 2002” on the left insole. The shoe is expected to release on September 15 for $190, according to leaker @zsneakerheadz.

Will you be picking up Carmelo Anthony’s Air Jordan 13 ‘Class of 2002’? This is a new look for the silhouette so let us know in the comments.