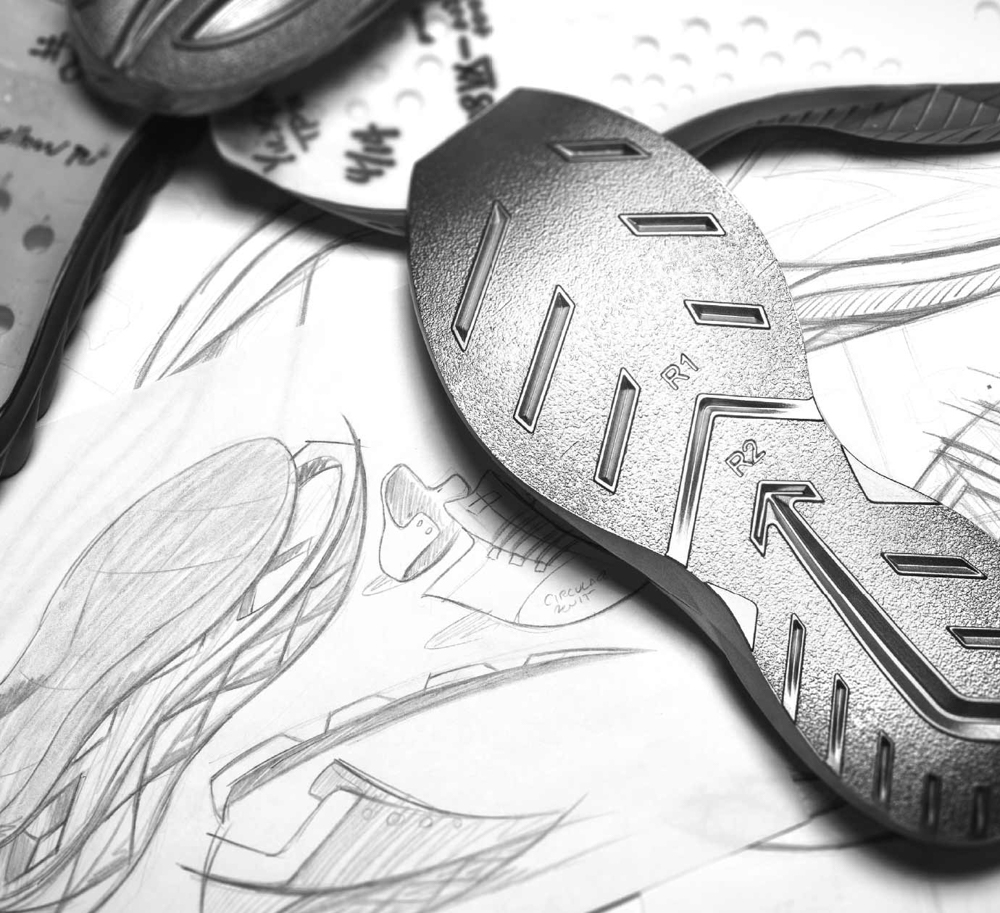 Brooks’ DNA AMP has been coming.

We should’ve known that the competition was going to intensify. Many of us didn’t know how or exactly from where, but adidas’ Boost technology was going to be met with a challenger.

Of course, that challenger that we normally think about is up there in the left shoulder of our dear ol’ US of A in Beaverton, OR. You know, that big bro of the sports industry, Nike. And of course, it has done some things to meet where adidas has decided to stand, like emphasizing Zoom again, threading up more shoes (and now apparel) with Flywire, Flyweave, and Flyknit. Additionally, the Swoosh has poured new heat on the masses with foams meant to destabilize the Boost force — Phylon, Cushlon, Lunarlon, and Lunarlon’s new redheaded stepchild, React (covered in-depth here).

That isn’t everybody. Under Armour, PUMA, Reebok, and others have all been in the lab crafting new tools to one-up the BOOST throne, but now we have someone totally to the left of the in-crowd.

Brooks has stepped up to the plate with a new technology created with adidas’ own primary Boost supplier! 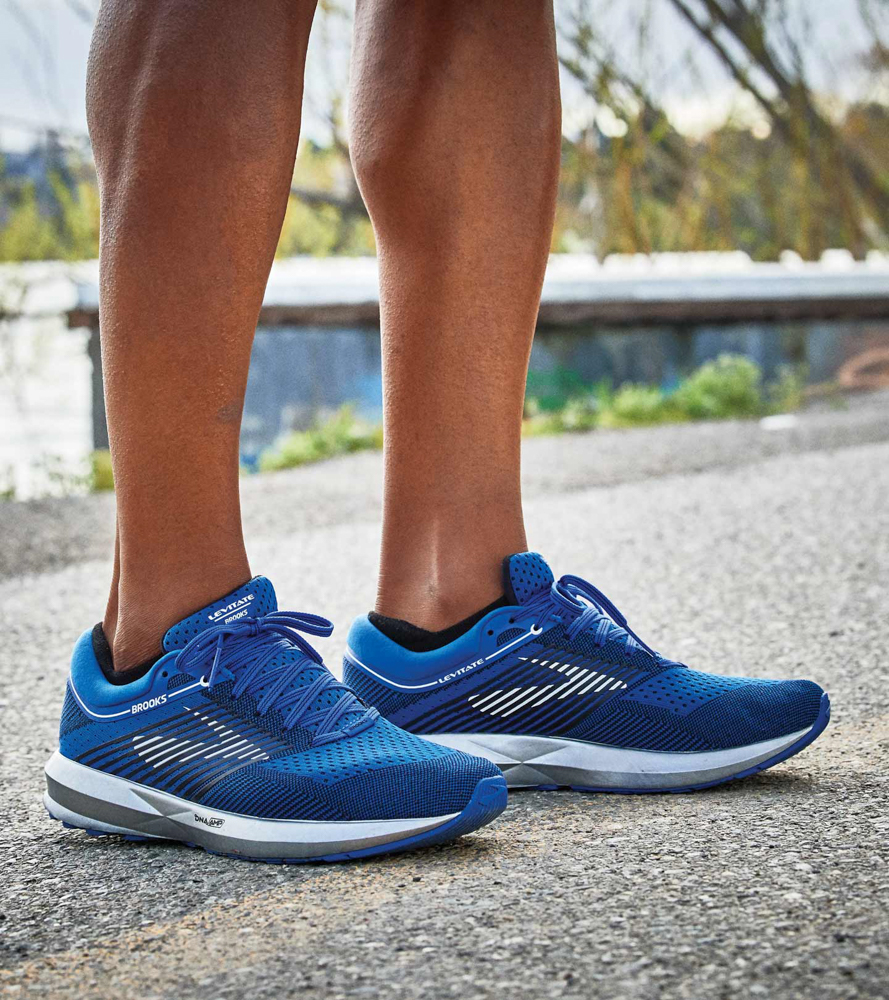 Now you’re probably asking, “adidas has a Boost supplier?!” Yes, adidas doesn’t actually make Boost. The innovation company, BASF, created Boost with adidas and has licensed the technology to the brand with the three stripes. It isn’t so much a proprietary adidas technology, but more so something adidas pays BASF to use and brand in its product, exclusively (as seen in charges filed against PUMA, PUMA also uses the BASF-titled Infinergy foam that adidas employs, but calls it NRG).

We have receipts, too:

BOOST foam is licensed from BASF who produces it under the name "Infinergy" see: https://t.co/2ZnOuaTjvd https://t.co/rGk2qNkF1L

And of course, Matt Powell THE GAWD had a say in the matter! He confirmed the intel.

Adidas: "we will continue to have Boost constraint until ,,,2019, which despite the fact that we have an excellent relationship with BASF"

you will notice that Adidas said BASF makes Boost, as I've stated repeatedly, not NASA. No idea where the NASA came from but it's wrong

According to Brooks, the Levitate is the first shoe to debut its DNA AMP technology and was created jointly with BASF. DNA AMP itself is what you could consider a kind of super PU, in that it has all the resilience of typical polyurethane, but a drastic reduction in actual weight (not unlike its cousin over at adidas).

What makes DNA AMP even more unique in the Levitate is that it has a thermoplastic polyurethane (TPU) covering (a “skin” according to Brooks), which is meant to entrap the energy that might otherwise expand horizontally and be redirected vertically solely. Essentially, the TPU skin is meant to harness and amplify bounce-back in bipedal propulsion.

Now that’s jargon-y but exciting, right? I’ve said myself that while Boost itself is a wonderfully dynamic technology, there are issues in the sheer forces that are returned to my own body, that should be reigned in a bit.

Judging from the product description, DNA AMP, an advancement of Brooks’ own proprietary DNA technology, is going to have major energy return properties; returns will be channeled with the high density of its polyurethane composition and residual shock dampened by its skin layer of TPU (which could dull some of the shock/impact?). Needless to say, I’m excited — the WearTesters as a whole are excited.

The Brooks Levitate features the brand’s Fit Knit upper, a new-ish competitor in the knit wars with Nike, adidas, PUMA, and others in the athletic footwear arms race. Fit Knit is described by Brooks as having the ability to move and expands with foot movement as necessary, and it is patterned in its own particular way to be breathable in key places. Essentially, Fit Knit is constructed to emulate Brooks’ own take on engineered mesh.

Fit Knit makes the Levitate even more enticing. You can’t really go too wrong with knit, even when it’s done poorly. And, just from the great level of work that Brooks does, Fit Knit should be right.

Right now, as it stands, there isn’t much more we can say about DNA AMP. We’ll be hopeful to make more contact with the Brooks Levitate to see where it goes. BASF is an innovative company and Brooks has been equally innovative in the running space (you should see some of our features with Brooks, if you haven’t already). Now that Brooks has disclosed that it has been working on DNA AMP for two-and-a-half years, you can imagine the excitement that is bound to come from the running community.

And let me say this: the comparison to adidas’ Boost isn’t to take anything away from Brooks, and it isn’t to disqualify adidas, either. We hadn’t seen anything like Boost prior to its arrival — it has revolutionized the athletic footwear industry. However, knowing that adidas had an independent chemical/scientific partner all along that’s also partnered with Brooks has created intrigue for comparison’s sake.

We at WearTesters hope DNA AMP, independent of any other brand, makes good on its latest innovation. Competition will only make us better.